Charles Wesley Godwin's vocals have always had an ethereal, haunting quality, and on the latest track he's teased, they introduce a whole new layer of intensity to the already-moving subject matter.

On ‘Dance in Rain’, which the West Virginia crooner recently shared to his socials, he sings to his daughter about a time when her father may not be there to comfort her in person.

Nonetheless, he hopes that the lessons he's imparted will live on within her (“Walk with words from your old man, when I'm part of this land, hope you remember now and then, to dance in the rain”).

Wesley Godwin co-wrote the emotional track with Zach McCord, and judging by the comments he's been receiving, fans are already clamouring for the song to receive an official release.

Armed only with an acoustic guitar, Charles Wesley Godwin delivers a powerful performance of the new track, and the stripped-back rendition allows the soul-baring lyrics to be on full display.

In a particularly heart-warming moment in the song, Wesley Godwin reminds his daughter that she's tough enough to withstand anything life throws her way (“Every ceiling's made of glass, you've got strength enough to stand, got your mama's strong right hand”).

It's now been over a year since the release of Charles Wesley Godwin's sophomore album, How The Mighty Fall. In the liner notes for that project, the alt-country artist highlighted that mortality serves as the recurring theme throughout, and is particularly apparent on the likes of ‘Over Yonder’, ‘Cranes of Potter’ and the title track. 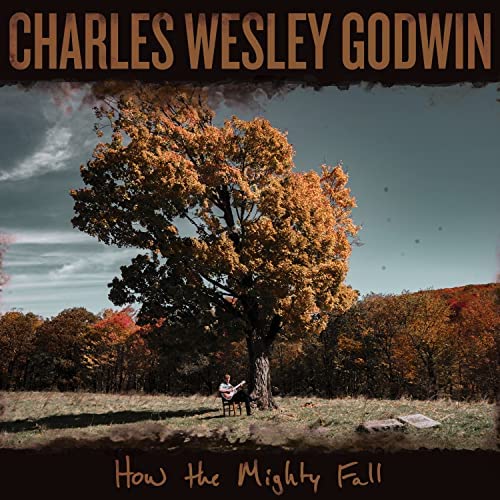 The anticipation of death again underpins this new unreleased offering from the songsmith, ‘Dance in Rain’, which he concludes with the bittersweet parting promise to his daughter, “I hope and pray they do, but if those dreams don't come true, know daddy's part of you”.

Listeners will be hoping that ‘Dance in Rain’ joins another of Wesley Godwin's recently teased tracks, ‘West of Lonesome’, on the Appalachian singer-songwriter's third album.

For more on Charles Wesley Godwin, see below:

Charles Wesley Godwin to Perform at Hogs For The Cause 2023