The West Virginia songsmith burnishes his sobering tales with a smooth, alluring sheen that ensures the album is more than capable of puncturing the mainstream country bubble. 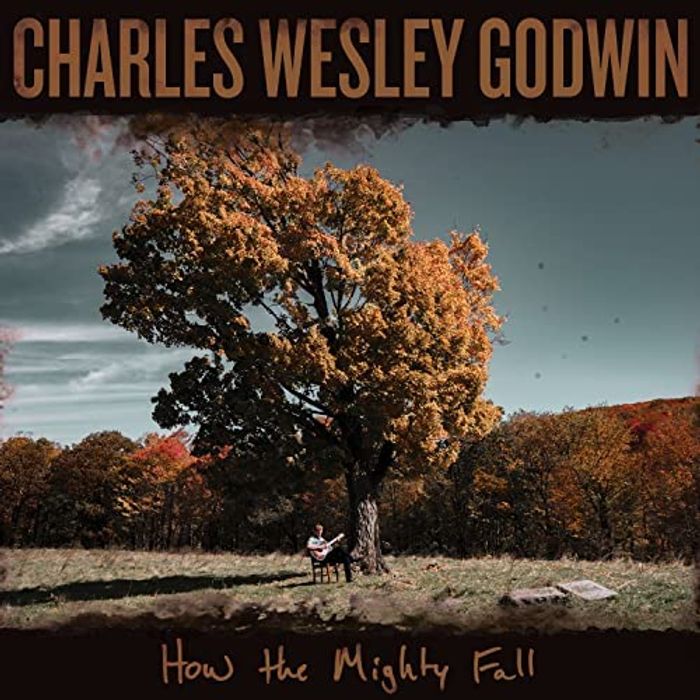 If you were seeking a snapshot of what to expect on Charles Wesley Godwin’s sophomore project, How the Mighty Fall, you need look no further than the album artwork. Under what appears to be an imposing Red Maple, Wesley Godwin sits on a modest chair on the outskirts of a thick, Autumnal woodline.

Though he considers the album a thesis on mortality - a theme which certainly comes to the fore on a number of occasions - far more prevalent is the theme of retreat, from the dual demons of the oppressive city skyline and the insidious pace of modern life.

This is most evident on the quietly insurgent ‘Lyin’ Low’ (“If I keep running with the masses / I’ll find myself in an early casket”) and the endearing ‘Temporary Town’ (“I can picture it now, a white house in a clearing/Humming a bluebird song till the days we’re hard of hearing”).

How the Mighty Fall succeeds Wesley Godwin’s widely praised debut, Seneca, which offered listeners the first taste of the West Virginia native’s stirring, otherworldly vocals and storytelling depth. How the Mighty Fall doubles down on these qualities, Wesley Godwin lacing each tale with a lucidity that expertly conjures the scene of the crime.

‘Cranes of Potter’ is a multi-generational murder mystery. The dark track intensifies like a simmering storm cloud, before the crack of thunder finally reverberates through the speakers, as Wesley Godwin reveals the tragic fate of the mayor’s daughter. ‘Jesse’ is similarly affecting, the story having been inspired by a scrawled message that Wesley Godwin noticed on a bridge underpass during a morning run.

Even the less immediately memorable moments, such as the slightly repetitive ‘Needle Fall Down’ and the stop-start ‘Gas Well’, feel intrinsically necessary for the overall impact of the album. Every note seems carefully considered, and you can’t help but feel that Wesley Godwin’s haunting, serpentine vocals could even make ‘Yellow Submarine’ sound like an enchanting mythical odyssey.

Part of the magic of How the Mighty Fall is its paradoxical ability to sound thematically grounded and homely, while at the same time zig-zagging between an eclectic mix of styles and tones. ‘Temporary Town’, ‘Over Yonder’ and ‘Lost Without You’ are all peaceful, folk-driven ballads, while at the other end of the spectrum, ‘Strong’, ‘Blood Feud’ and ‘Bones’ are effervescent, drama-filled toe-tappers.

At its heart, How the Mighty Fall is an ornate, intricate exploration of the trifecta of love, death and escapism. It's executed with enough vocal and lyrical distinction to set it apart from its contemporaries, Wesley Godwin burnishing his sobering tales with a smooth, alluring sheen that makes the album is more than capable of puncturing the mainstream country bubble.

How the Mighty Fall is out now