A selection of Holler's favourite highlights from an incredible week at Americanafest 2022 in Nashville.

Few festivals can bring such a huge selection of artists together so successfully as Americanafest.

Every year, fans, artists and industry professionals alike gather in Nashville for a week of incredible music, conferences and, of course, the Americana Honors and Awards ceremony at the Ryman Auditorium; buzzing with excitement to be at the heart of the Americana community in Music City.

Here are some of Holler's top highlights from the 2022 festival.

Husband-and-wife duo Michael and Tanya Trotter looked like champions taking a victory lap as they stepped out for their late-night set at Nashville’s City Winery on Wednesday night. They’d just come from the Ryman, where they won Duo/Group of the Year at the 2022 Americana Honors & Awards ceremony, and the crowd greeted them with congratulatory yells.

They packed a nuanced, captivating show into their limited time onstage, treating the audience to everything from brand-new music to fan-favorite hits, plus a roof-raising Beatles cover.

Heartfelt, humorous and as vocally unmatchable as ever, the War and Treaty ended the show with the closest thing they could get to a group hug with their fans: they walked out to the edge of the stage, arms outstretched, love for their listeners beaming from their faces. The fans loved them right back.

While onstage for the Black Opry panel at the Grand Ole Opry on Friday, founder Holly G told a story about an early Americanafest for the organization, describing the look of shock on Black Opry singer Aaron Vance’s face when he walked into a room and saw that it was full of other Black people. “We thought we were the only ones,” Vance and Holly G agreed, the four other performers onstage also nodding their agreement with that sentiment.

Created as a resource for and home base of Black artists in the predominantly white country and Americana music genres, the Black Opry has expanded exponentially over the past couple years. Holly G’s comments and perspective alone were enough to make the panel well worth attending, but the real highlight was the in-the-round-style performances from Vance, Nikki Morgan, Julie Williams and brother duo the Kentucky Gentlemen. ~ CL

There was no venue more fitting for Kyshona Armstrong’s spiritual music than the church-turned-concert venue Riverside Revival. Joined by two backing singers, the trio's lead, call and response vocals and harmonies reverberated through the room, the crowd lapping up the nuance and shimmering beauty of hearing voices so perfectly in tune with each other.

The mixture of soul, gospel, folk and blues was performed with subtle precision and spine-tingling passion, a confluence that's haunting in its rich, stripped-down command. For 45 goosebump-raising minutes, Kyshona and her singers defined what Americana is at its most transcendent and encompassing. 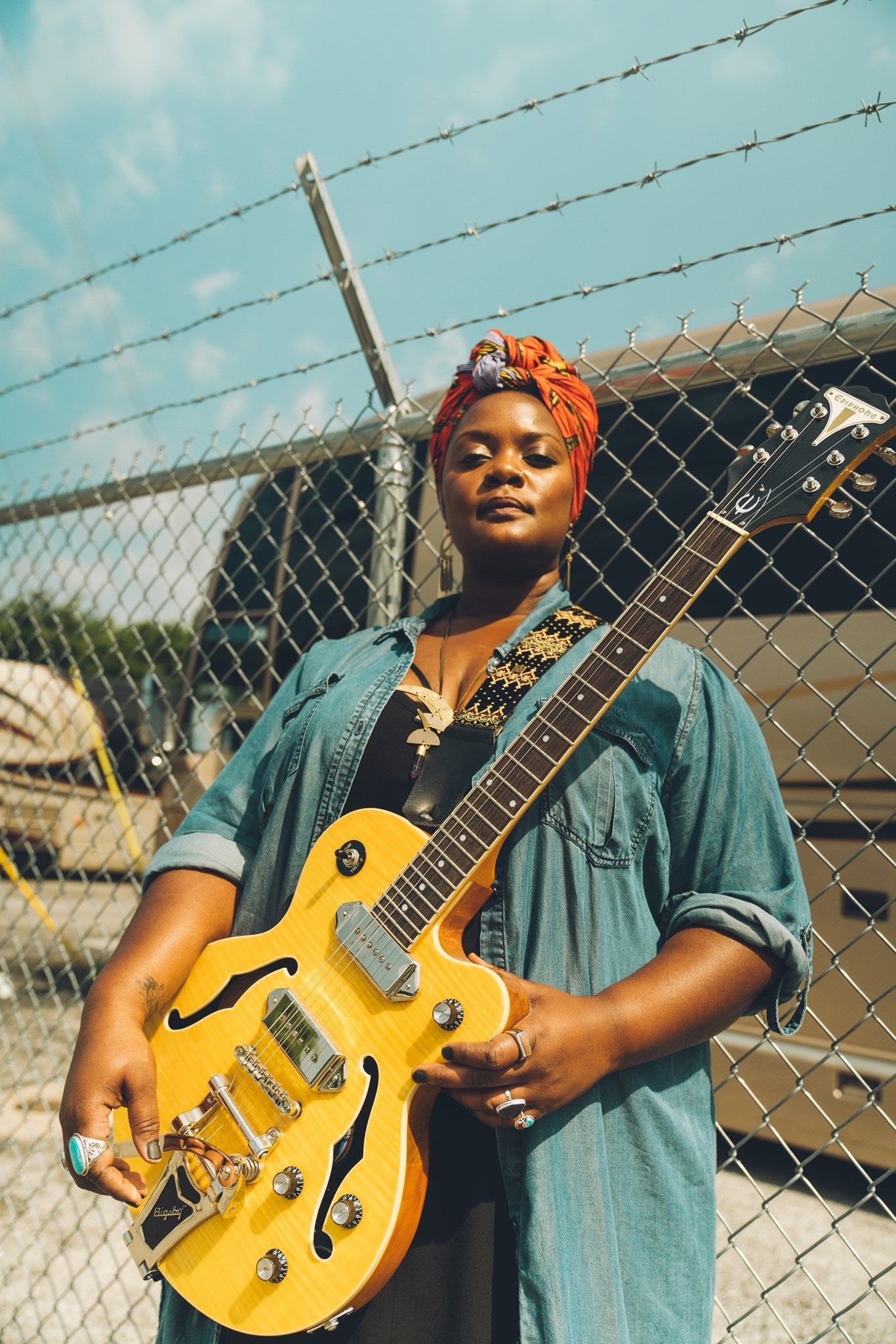 Chris Pierce is a presence just by his imposing stature, even before he's sung a note. Even so, he held the Eastside Bowl audience silent with only his booming vocal, an acoustic guitar and some galvanizing between song stories about social and personal issues.

He later blew the recently reinforced roof off the Basement East, belting out two Bill Withers tunes (with full audience participation) with passion and pure adrenalized soul, ensuring it was a clear highlight from the evening’s four-hour tribute to the songs of 1972. ~ HH

Anyone expecting a retiring performance from Adia Victoria, replicating songs from her acclaimed 2021 T Bone Burnett-produced debut, were likely shocked to find her fronting a tight, taut rock band as she stalked and prowled around the stage like a tiger before mealtime.

To call her show compelling doesn’t capture the intensity, passion and sheer power she exhibited. Dropping down to her knees as the audience, perhaps a little tired on the closing night of the fest, stood mouths ajar, Victoria crammed a compendium of social injustices into a breathless and unforgettable 45 minutes. ~HH

Compass Records’ annual open house, Hillbillies and Hotdogs, is justifiably considered an AmericanaFest must-attend event. This year’s gathering was no exception; among the highlights was Nikki Bluhm’s all-too-brief seven-song set, one that naturally focused on her superb new album, Avondale Drive.

Offering ample evidence of her power, prowess and insight, Bluhm never shies away from sharing her innate vulnerability and insecurities. Even in this relatively stark setting, she came across not only as expressive, but completely engaging as well.

Garrison Starr’s Friday appearance at the California Country Show made her one of several highlights during the all-day, all-star showcase. Starr offered not only a superb selection of songs, but also an expressive approach that reflects a decidedly independent attitude.

Never one to be intimidated or dismayed, Starr always speaks her mind, especially when it comes to sharing her own experiences with those who feel marginalized due to sexual identity. She remains an artist adept at combining meaningful messages with rocking refrains. ~ LZ.

A last-minute substitution to the Saturday line-up at the exceptional new venue Riverside Revival, Sean and Sara Watkins not only rose to the occasion, but demonstrated why they’re arguably the leading duo in Americana.

Despite the brevity of their 45-minute set, they had the crowd entertained throughout, offering up their familial fare well in keeping with a week’s worth of communal concerts. One can credit the Watkins with displaying their own family finesse. ~ LZ. 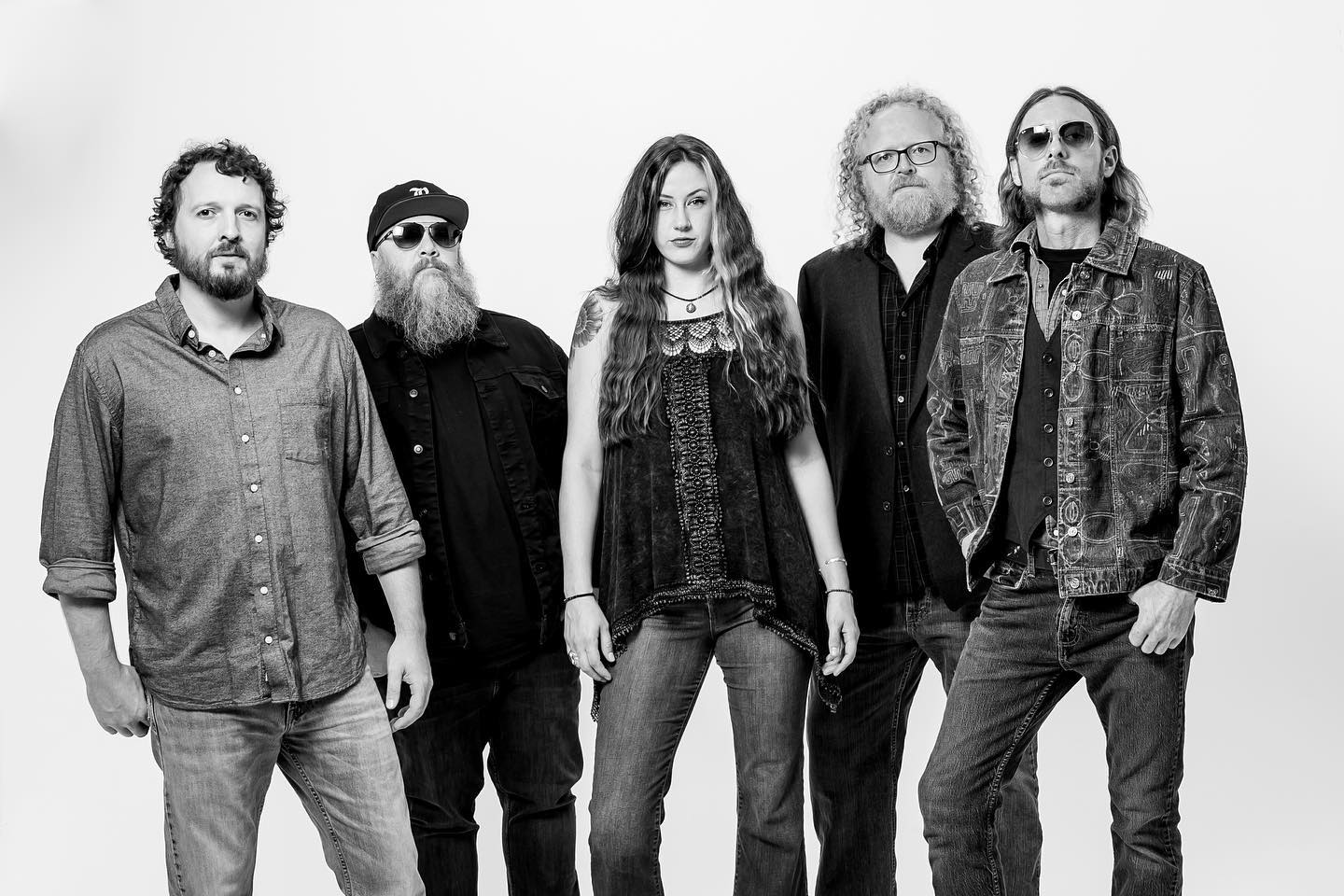 Closing out The Commonwealth of Kentucky Party on a beautifully warm Saturday afternoon, Magnolia Boulevard lit up the outside stage of The Basement with their grooving and seriously catchy jam blues set. The tightness of this band really cannot be understated, as Maggie Noelle tore through the set with her uncompromisingly powerful voice.

There's a real vitality to this group that a lot of acts of this style fail to capture or quickly lose. It helps that they don't sacrifice melody for all-out improvisation, finding a confident and exciting balance that makes them an even more inticing prospect on record as well.

There weren't many places better to be on Friday afternoon than the Normaltown Records all-day party at The Five Spot. Hidden away in East Nashville, Emily Nenni delivered a joyous set that assured us you better believe the hype that currently surrounds this exciting artist.

With support from Teddy and The Rough Riders as her backing band, Nenni delivered a set of fun-time modern outlaw country that had everyone partnering up for a dance before too long. If the old-time charm and wit of Nenni's set gives any indication of what her forthcoming record On The Ranch will be like, we're in for something special. ~ RJ

You can read Holler's coverage of the Americana Honors and Awards Red Carpet and all Holler's highlights from Americanafest 2022 below: