The Milk Carton Kids took on an uncharacteristically somber tone as they stepped onstage as hosts of the 2022 Americana Honors & Awards ceremony on Wednesday night (Sept. 14), welcoming fans back to a show that - like much else in the music industry and beyond - went dark during the COVID-19 pandemic, a time when fans and artists were unable to be together.

On the red carpet before the show, the bandmates agreed that, more than two years out from the onset of U.S. pandemic shutdowns, they’re feeling more than a little sentimental about the experience of being together again; surrounded by friends, fans and fellow artists.

“I’ll tell you honestly, coming into this new era after everything being shut down, we’re feeling a little bit of a different perspective on music, community, touring and what it means to be doing what we’re all doing,” the band’s Joey Ryan told Holler. “So, I think we’re planning to welcome everybody with a more earnest message”.

Not that there weren’t jokes: When asked how they planned to top their 2018 hosting gig, where they recorded a hilarious original song called “What Even is Americana,” Kenneth Pattengale quipped, “We’re just gonna do it again, word for word”. As they walked the carpet, artist after artist spoke about the joy of connection, in-person performance and collaboration: something that was in ample supply at Wednesday night’s ceremony. Lyle Lovett and Chris Isaak, who performed together onstage, walked the carpet side by side, speaking of the camaraderie they’ve shared on tour together in recent months.

“It was one of those tours that was just easy,” Lovett explained. “Getting to meet somebody you admire, somebody you’re a fan of, is thrilling. Actually getting to sing with them and wreck what they’re doing is so much fun, it really is. Getting to play together just takes you back to grade school; that’s the way it was for Chris and me this summer”. 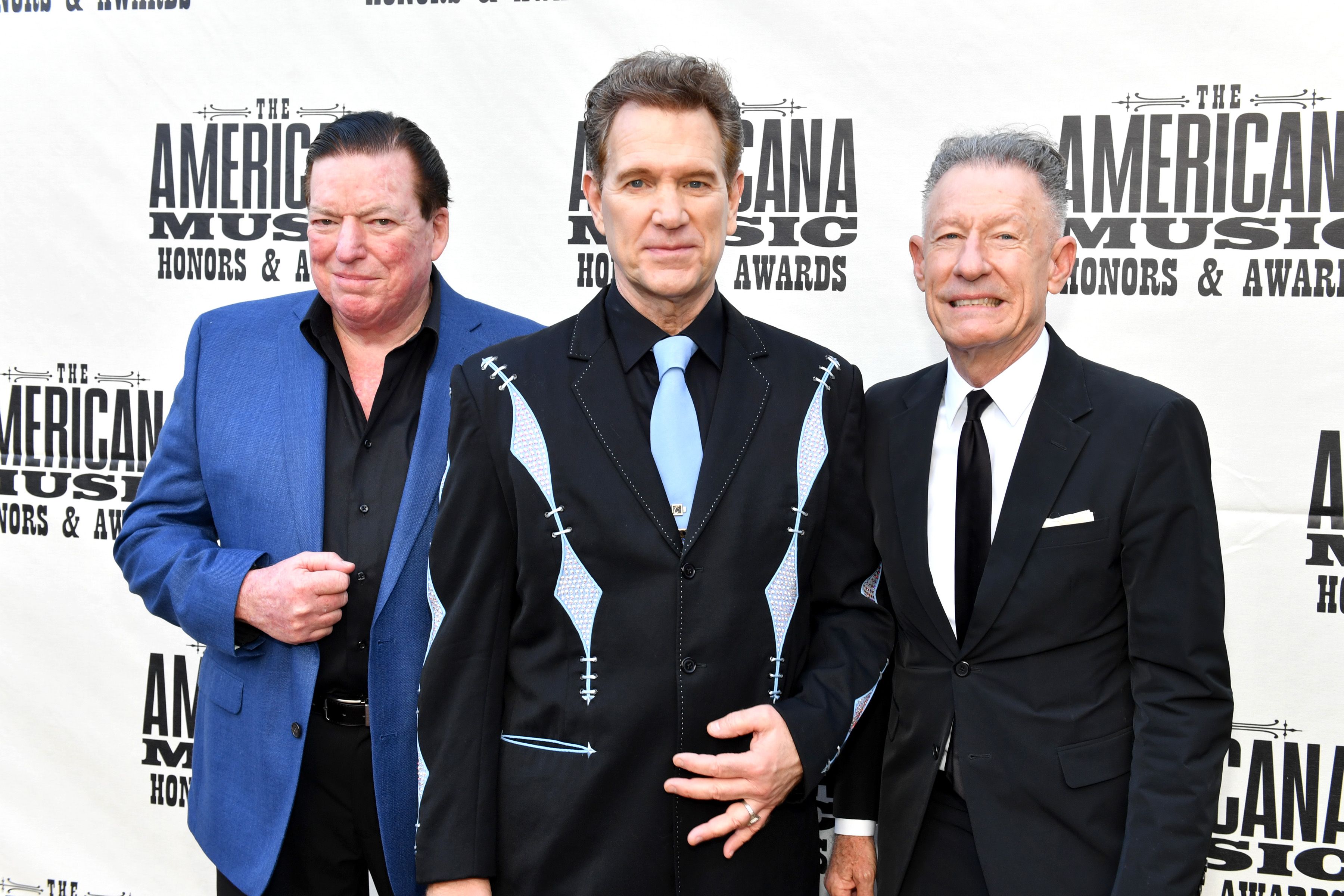 Living legends co-mingled with the genre’s most promising young upstarts on the carpet, and as she walked into the show as a nominee for Emerging Act of the Year - a trophy she would go on to win later in the evening - Sierra Ferrell spoke to the joy she felt about getting to rub elbows with her musical heroes and pals.

“I know so many people who are here! It’s kind of like a family therapy session,” Ferrell detailed, walking the carpet in an ornate eye mask and with a disco ball clutch bag. “Just to have a space where we can all hang out and be ourselves is super important”.

Ferrell - who is known for blending a wide mix of musical styles, from Calypso to jazz to folk - says she feels embraced by a community whose genre borders are so loosely defined. “I feel like Americana leaves it vastly open,” she pointed out. “It welcomes pretty much anything in, especially if it’s old time sounding in a way that’s also new, so it keeps it exciting, keeps people involved and wanting to progressively be a part of the future”. 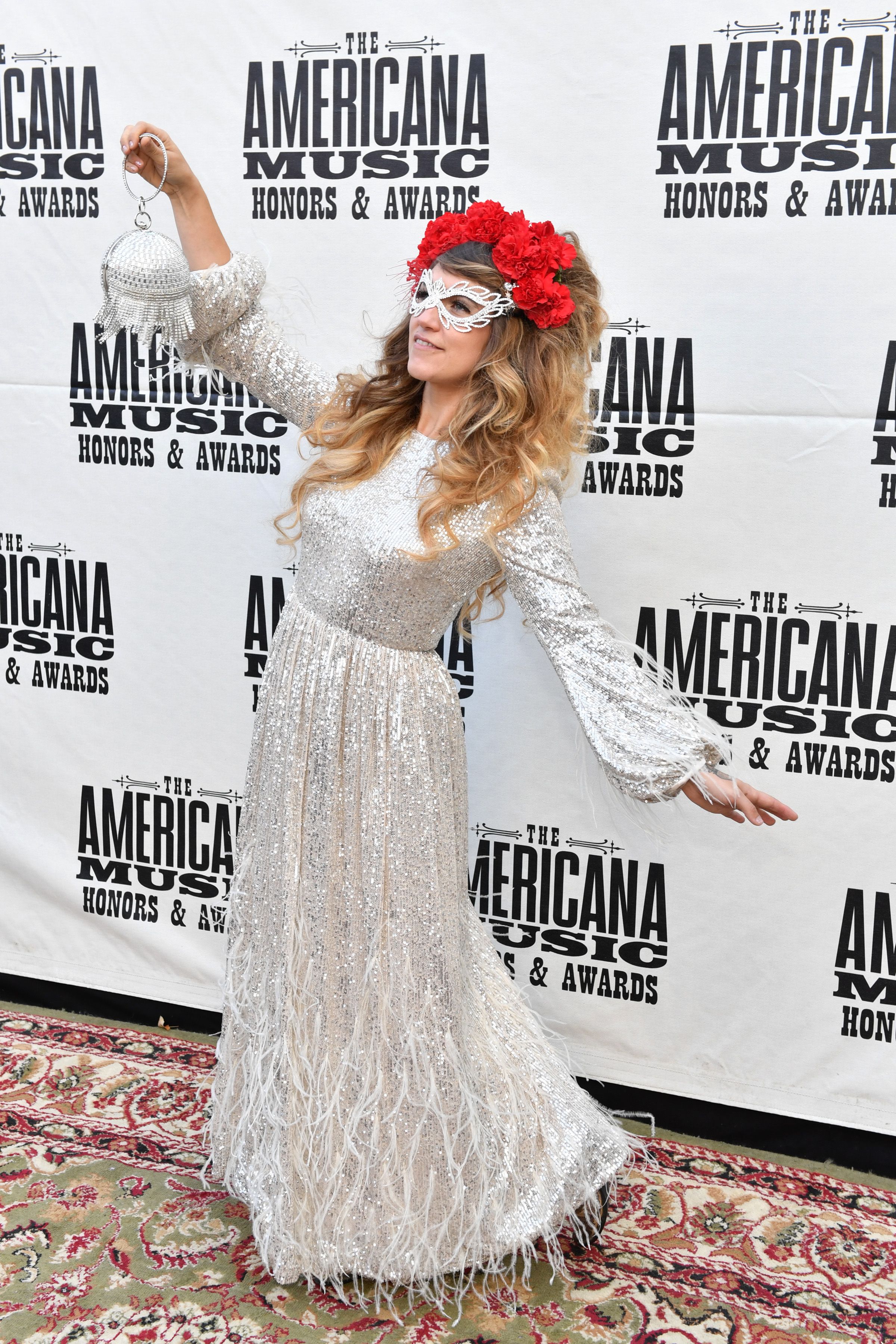 Even legends like the Indigo Girls - who received the Spirit of Americana / Free Speech in Music Award, presented to them by Brandi Carlile - said that for them, a major highlight of the show was watching the performances from new artists. The duo members told Holler that they’re always “fans first,” even saying that they’re huge admirers of crossover, breakthrough artists like Lil Nas X.

The pair also spoke to another groundbreaking aspect of this year’s awards show: All the Album of the Year nominees are women, with one of the nominated records being a collaborative effort between a woman and a man (Robert Plant and Alison Krauss’ Raise the Roof.)

“Awesome. Awesome,” said Amy Ray, throwing up her hands in the shape of the rock horns.

“The cultural shifts that you see, they’re slow, but they come,” adds Emily Saliers. “The awards ceremonies and music genres seem to be reflective of that change, and then it’s reciprocal. The artist reflects change, and the culture embraces it, and then - well - you get change! That’s a good thing.”

Walking close behind the Indigo Girls on the carpet, Carlile - another longtime, vocal advocate for a full spectrum of representation in music - said that having an Album of the Year category packed with female nominees is especially exciting on a show like this one. 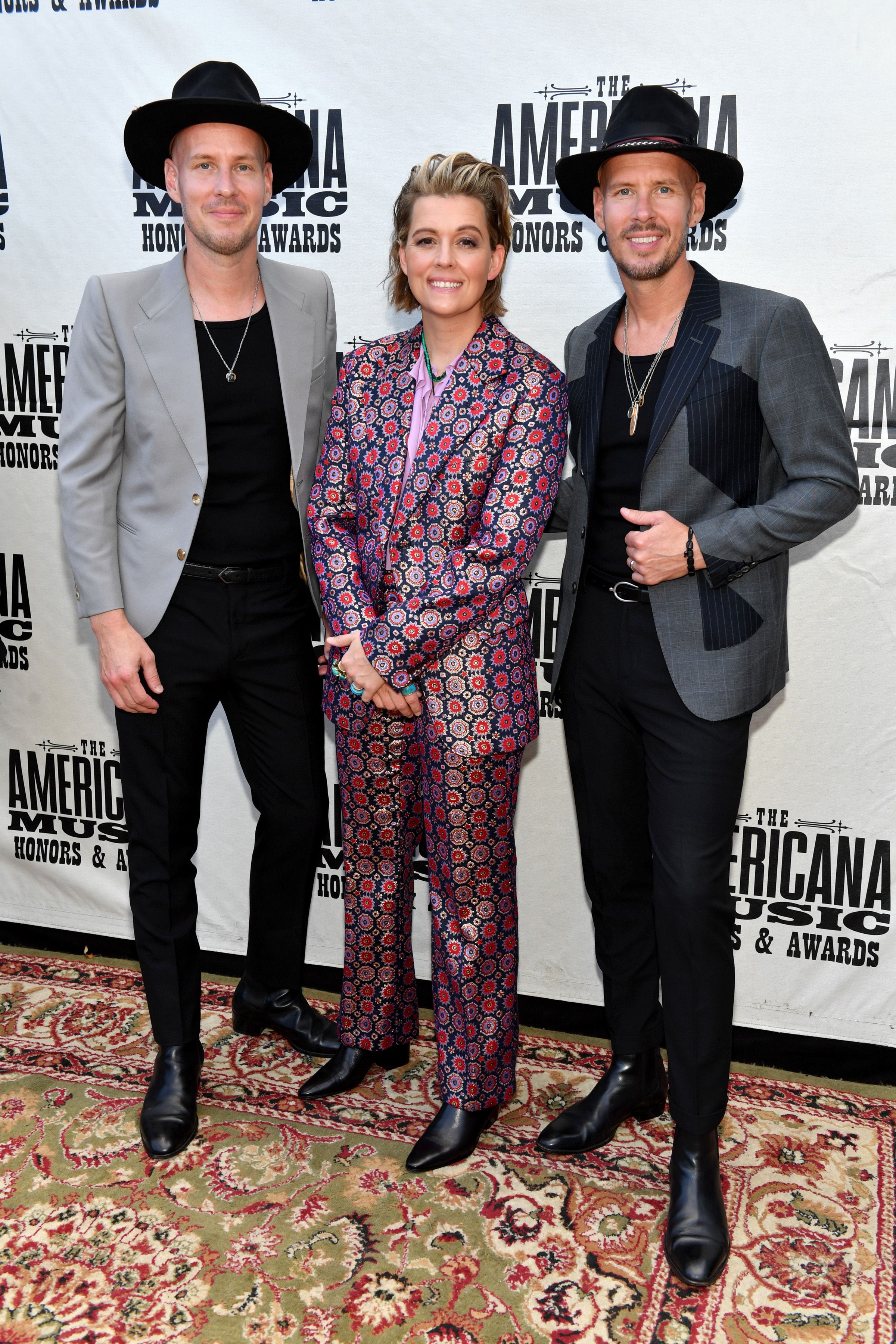 “When you see that at the GRAMMYs or in pop music, it’s heartening and beautiful. When you see it here, it’s radical,” Carlile specified. “Because this is an American roots genre and this is a genre and culture that’s associated with a rural state of mind, we do traditionally have a really difficult time upholding women and marginalized people”.

That makes Americana a particularly exciting format to be operating within, the singer went on to say. “Americana is the cutting edge. They’re leading the movement in making visible marginalized people, and I think the way the industry remembers that is gonna be really vibrant. I’m so pleased to be part of Americana at this time in history.”

Arguably, no artist was having a bigger moment at Wednesday night’s show than The War and Treaty, the husband-and-wife-duo who won Emerging Artist of the Year at the show in 2019 and have continued on an upward trajectory ever since. They performed onstage during the ceremony, while also taking home the trophy for Duo/Group of the Year. On the carpet before the show, they reflected on how much their lives have changed in the span of just a handful of years.

“Five years ago, we sat in the crowd...just hoping and wishing that we could perform on that stage,” band mate Tanya Trotter recounted. Three years later, they were taking home their first trophy.

The War and Treaty had another milestone career moment that night five years ago when they attended the Americana Honors & Awards show as viewers. That was the night they met John Prine, a legend of the Americana community who was a major fixture at this show until his death, from COVID-19, in 2020. For many - including the band mates of The War and Treaty - 2022 marked their first time back at the event without Prine. The War and Treaty by Jason Davis / Getty Images

Prine’s absence was keenly felt on the red carpet and at the ceremony, by artists and audience members alike. When they accepted their trophy onstage, The War and Treaty spoke about the late, great singer-songwriter and his influence on them personally and on the format. But as much as Prine’s absence brought sadness, it was also a potent reminder of the underlying theme of the show: The sense of community and family bonds within the Americana genre.

“When people ask, ‘What is Americana? Is it blues? Is it jazz?’ I like to say it’s the sound of your family,” Michael Trotter explained. “Whatever family function you have, Americana is present, and we are a family. We’re a strong community and a growing community, and Tanya and I are proud to be part of it.”

For more on AMERICANAFEST and the Americana Awards and Honors 2022, see below: