Gretchen Wilson - Here for the Party

Here for the Party is the soundtrack to which we can honor our own gloriously complicated lives and fully accept our origin stories with outward pride. 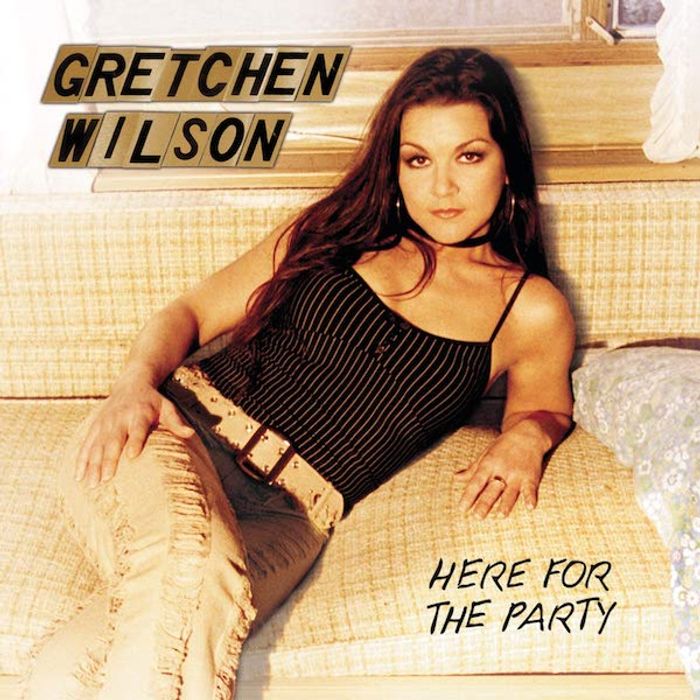 In the spring of 2004, I was checking out of a grocery store in my small hometown the first time that I heard ‘Redneck Woman’, playing through the muffled intercom speakers. I put my shopping bags down in front of the exit door just so I could truly soak in that final epic verse. Her voice was familiar, but I couldn’t place it. Her lyrics talked about my people in ways that were celebratory without an ounce of shame.

Looking in the window reflection, I pumped up my chest, because not only did I feel seen, but I wholeheartedly felt proud of who I was and where I came from for probably the first time. And now I share, 18 years later, that I’ve never really been the same since that moment. Gretchen Wilson changed my perspective - if I’ve had enough Jack Daniels, I’d probably go as far as saying she changed my life.

And I’m not alone. Wilson’s debut album Here for the Party went five-times platinum in the United States alone, with countless other certifications across the globe. It produced four Top 10 hits in the United States on the Billboard Country Chart and won her a Grammy for Best Female Vocal Performance for that infamous first single. Not bad for a bartender from Pocahontas, Illinois.

While her arrival might have been a cultural phenomenon, what remains is one of the finest country music debut albums of all time that brought with it not only stellar songwriting and powerhouse vocals, but a seismic shift in seeking value in authentic voices from female artists on country radio.

To put this in perspective, Wilson’s ‘Redneck Woman’ was in very limited company for female-led number one records on country music radio during the course of the 2004-2005 cycle. Others were Reba McEntire’s ‘Somebody’ and ‘Suds in the Bucket’ by Sara Evans, which told pining love stories of a waitress waiting for her customer to notice her, or a small-town girl running away with a local boy.

But Wilson’s approach was strikingly different. She put her female perspective front and center; not a hint of lyrical reliance on approval from a man - or anyone else for that matter. This is noticeable not just on the lead single but throughout the entirety of Here for the Party.

The album launches off with the rocking titular single where Wilson promises to drink, party and trash talk you under the table into the wee morning hours— all with a knowing grin. She turns tender on the chill-inducing classic ‘When I Think About Cheatin’ and flips the script on standard country relationship fare with the gorgeous, shoulda-been-a-hit ‘Holdin’ You.’ The innovative ‘Chariot’ goes full southern gospel, showcasing Wilson’s now legendary rock pipes. The honky tonk of ‘When It Rains’ belongs among any Charlie Daniels and Hank Williams Jr. song lists, exuding the type of bravado that only comes from small-town lived experience.

Apart from the hit radio singles, additional standouts come towards the end and provide great closure for the journey of the entire album. ‘Pocahontas Proud’, for example, details Wilson’s origin story, which bears striking similarities to those of artists like Loretta Lynn, Dolly Parton and Tanya Tucker. It represents the sacrifice of an artist that gave everything she had because of a sheer belief in her own talent.

The grit and determination are palpable. Wilson doesn’t hate the doubters but celebrates them for allowing her a space to prove them wrong - an area in which she boasts ample expertise.

The force of Wilson’s talent and widespread willingness to share her truth creates a timeless, cohesive 38-minutes of unparalleled storytelling: she’s our redneck superstar but she’s flawed; our barroom best friend but a devoted mother; a loyal lover but has thought about cheating a time or two. Gretchen Wilson is gloriously complicated because she is human.

Here for the Party is the soundtrack to which we can honor our own gloriously complicated lives and fully accept our origin stories with outward pride. Gretchen Wilson encouraged this queer country artist from a small town to embrace his upbringing. Sure, I’ve never had a baby on my hip or left my Christmas lights up all year long. But none of that is needed. When you have a fearless redneck heart, live out loud, and always bring the party.