After teasing it over the past couple of weeks, Zach Bryan has released the latest instalment of his popular Belting Bronco series. The new video revolves around Bryan's 2022 tourmate and good friend, Charles Wesley Godwin, who performs live from the back of a travelling Ford Bronco. 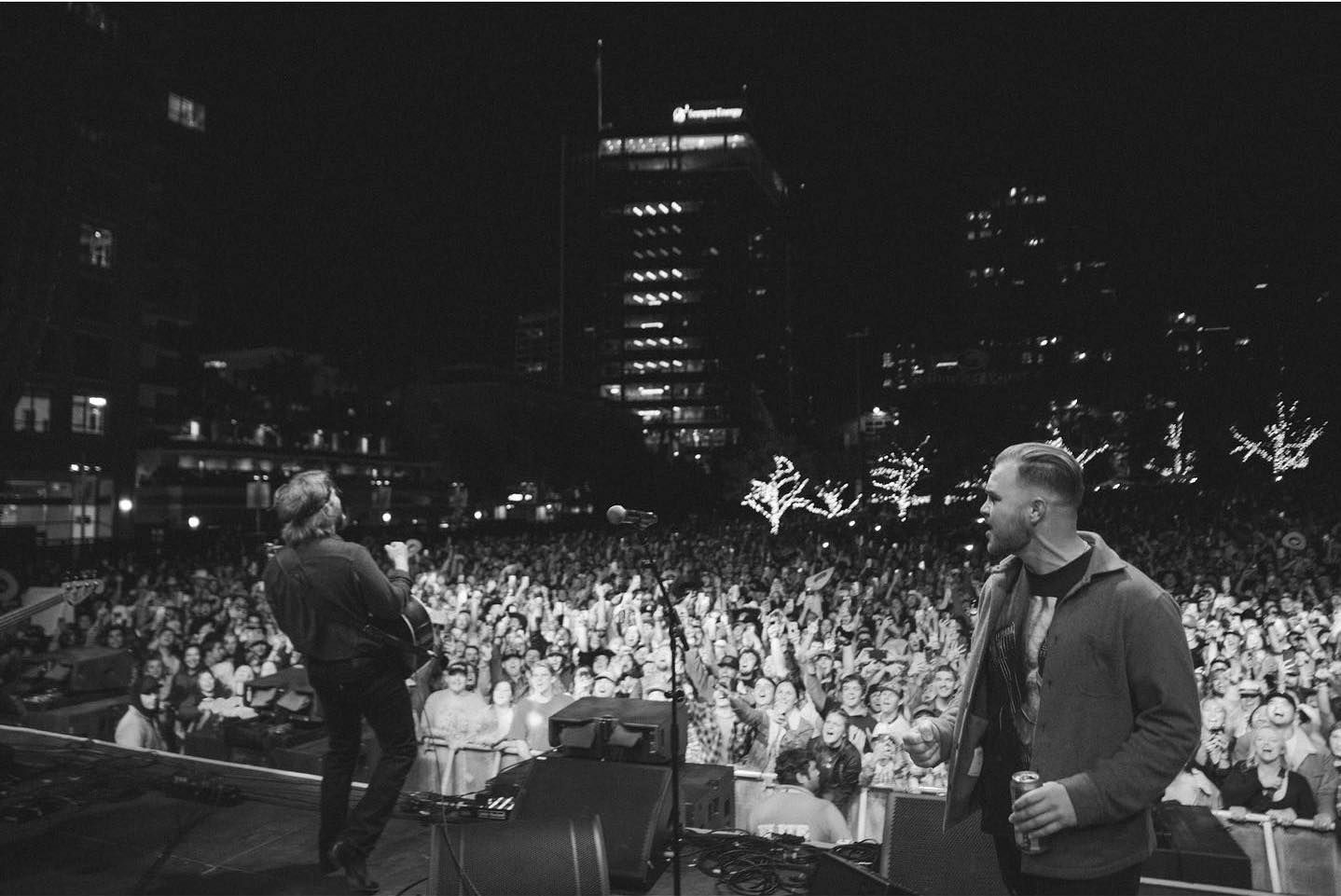 The West Virginia songsmith plays a slew of fan-favourites from his 2021 album, How The Mighty Fall, opening with the uptempo foot-stomper, ‘Strong’. He then strips it back and launches into the reflective ode to a missed chance at love, ‘Jesse’.

The song selection highlights the storytelling prowess that Wesley Godwin has become renowned for, with ‘Jesse’ building out from a man's chance encounter with a long-lost message scrawled on a bridge.

Continuing the theme of name-based tracks, Bryan then joins Wesley Godwin in the cramped Bronco to perform their beautifully moving murder ballad, ‘Jamie’.

The duet is considered one of the hidden gems in Bryan's discography, and originally appeared on his 2022 Summertime Blues EP.

Zach Bryan began his Belting Bronco series in 2020, and fans were excited when the Oklahoma announced that the unique live performances would be returning.

In this new episode, the Bronco transports Wesley Godwin with his band, The Allegheny High, in tow.

The broad, barren expanses that they carve through sets the scene perfectly for Wesley Godwin's sparse, stripped-back odes to the peace that can be found in removing yourself from the relentless pace of the city.

At one point, after seemingly getting stuck in the mud, the Bronco then gets back on the road and pulls up at a lakeside location. Wesley Godwin perches on the tailgate and performs an unreleased track, one that appears to have been penned especially for this Belting Bronco episode.

The lyrics explore the feeling of having a heart that yearns for the road (“This Ford ain't my home, cruising through desert valleys and city squares”), and feels particularly apt for Belting Bronco.

Bryan paid tribute to the star of the episode, writing in the video's caption, “CWG and his band came out and played every song live. They are the most chill with it I’ve ever seen; it has been an absolute humbling experience to meet him and to grow to respect him”.

The duo's live rendition of ‘Jamie’ will no doubt have whetted fans' appetites for Zach Bryan's new live album, which many are expecting to drop in the coming weeks. He hinted at a possible tracklist earlier this month, with Charles Wesley Godwin set to feature on ‘Country Roads’.

Both artists have been teasing new music in recent weeks, with Wesley Godwin posting a video of him performing ‘West Of Lonesome’, and Bryan uploading a snippet of a song about an absent love, ‘Marie’.

Bryan is also due to release his new studio album early next year, the title of which is set to be Writers and Fighters.

After this new Belting Bronco episode, fans will be even more excited for the upcoming releases that both Charles Wesley Godwin or Bryan have up their sleeve.

Zach Bryan's ‘Motorcycle Drive By’ Hits No. 1 on iTunes