Ernest has dropped a brand new acoustic rendition of ‘Songs We Used To Sing’, as part of his Salvage Sessions video series.

It serves as the second instalment, following the release of the first Salvage Session of ‘Comfortable When I'm Crazy’ in December.

‘Songs We Used To Sing’ will feature on Ernest's upcoming deluxe album, Flower Shops: Two Dozen Roses, which will see twelve additions to the original tracklist.

The Tennessee songsmith released the studio version of the nostalgic ballad alongside ‘Unhang The Moon’ and ‘Miss That Girl’ towards the end of 2022, following his announcement of the new project.

The latest Salvage Sessions video opens with Ernest sitting at the front of an abandoned bus, before heading out the door and taking his position at the mic stand with his band.

Similarly to the acoustic video for ‘Comfortable When I'm Crazy’, Ernest's forlorn lyrics and despairing croons ricochet against the sparse, withering trees and discarded machinery in the backdrop.

The junkyard scenery adds to the broken-down feel of the song, with Ernest continuing his foray into the heartbroken territory that Flower Shops was grounded in. 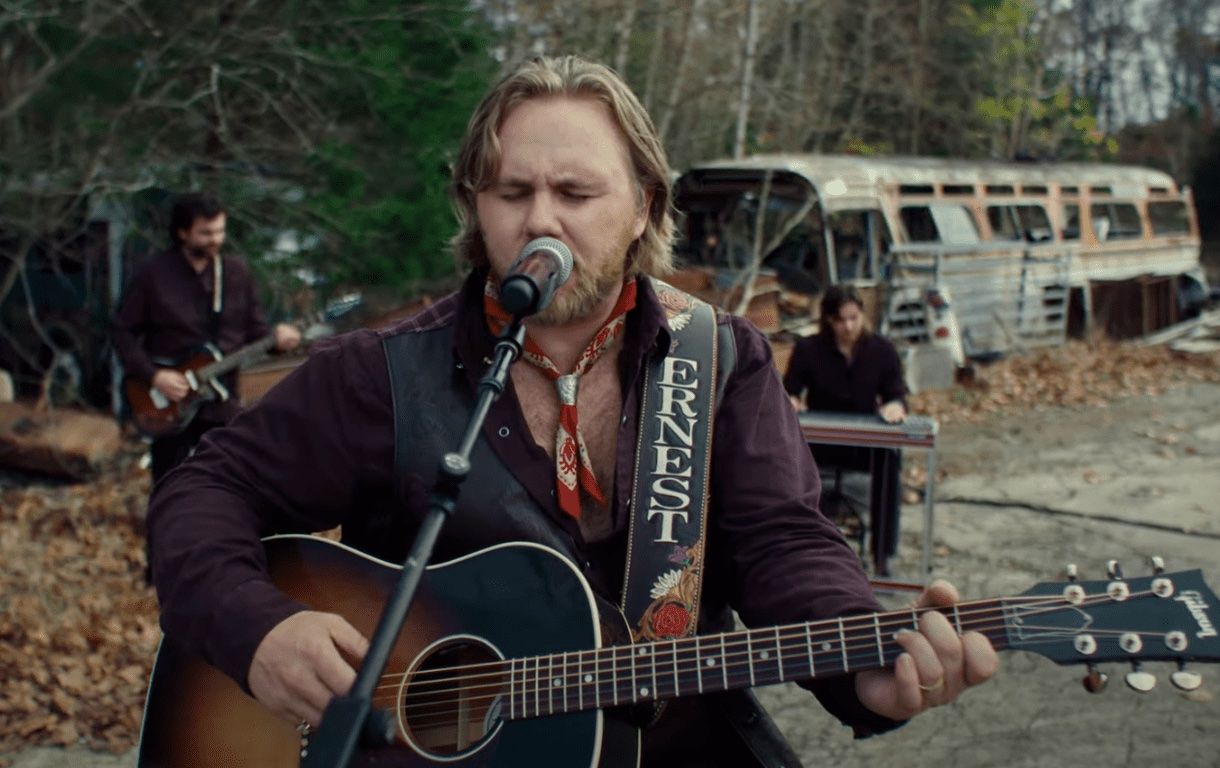 The video follows the singer-songwriter's covers of Merle Haggard's ‘That's The Way Love Goes’ and Shenandoah's ‘The Moon Over Georgia’, which he posted to his socials earlier in the week.

‘Songs We Used To Sing’ has been a fan-favourite since Ernest teased the track in May 2022, with the track receiving an official release shortly before Christmas.

The song's Salvage Session will only have heightened the sense of anticipation ahead of the deluxe version of Ernest's Flower Shops, which is set to drop on February 10.