Ho ho ho! It’s the Holler-day season, and country music has gone Christmas crazy this year! It seems like every country singer in the world is releasing a holiday record in 2021, and while some of them have been absolute crackers, a couple of them have undoubtedly been absolute (stretchy) pants!

We thought we’d take a look back through the years at all those moments when country singers have really jingled our bells. So, while we were tucking into our mince pie ice cream and taste testing the best Irish creams, we made you this list of Holler’s Best Christmas Songs Ever! Happy Holler-days! 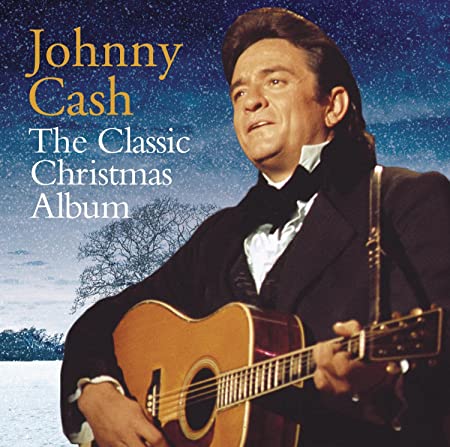 It’s the most wonderful time of the year again over at Johnny Cash’s house. His mum’s baking a turkey, his sister's hanging up the mistletoe and his dad’s making popcorn balls, whatever they are.

Meanwhile, Johnny and his brother Tommy are bashing out this rollicking feel good festive banger.I suppose we might as well make the most of it and have some fun before Vince Gill turns up and makes us all cry.

Over at Loretta’s, it’s her mum who’s taking care of the popcorn while her dad plays ‘Silent Night’ on the organ, as the family all gathers round to sing along.

There’s apples, nuts, candy and all the other little treats and traditions that make this time of year so special. They even find time to make temporary beds out of old wooden pallets for Aunt Annie Belle and Uncle Bill’s nine kids. 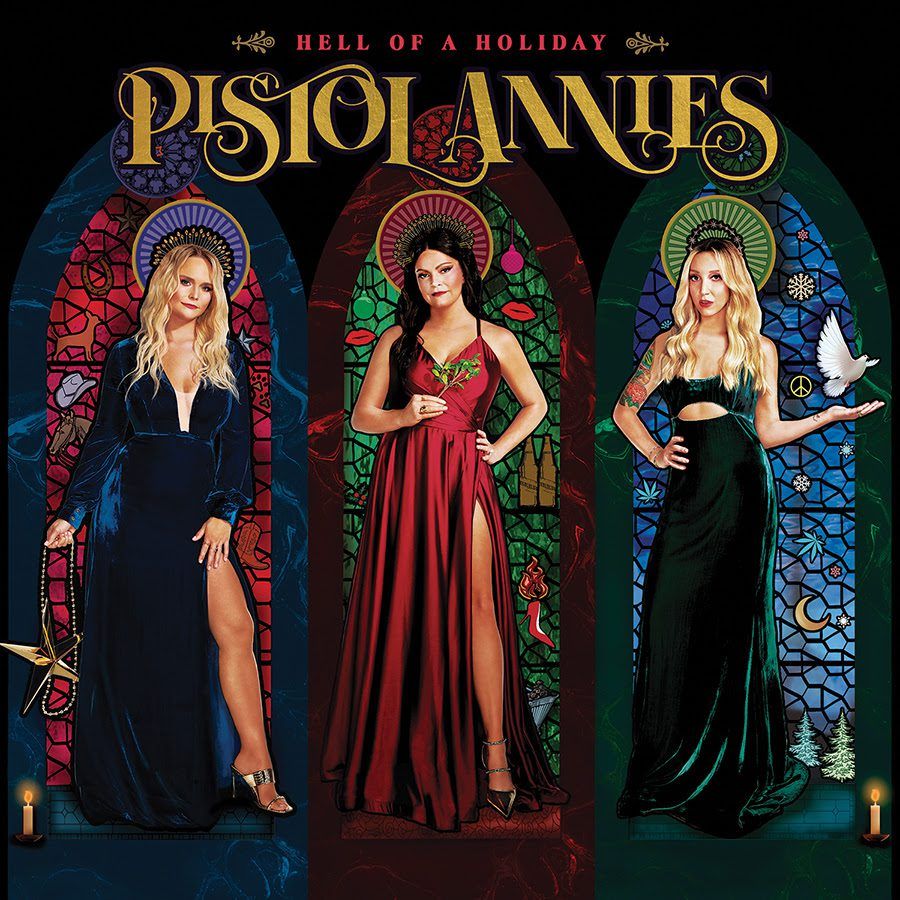 Luckily for Pistol Annies, their Hell Of A Holiday album has been flying off the shelves this year. If they had to rely on their Christmas craft making skills and Etsy pages to put the turkey on the table, I think their families would be lucky to be licking a bucket of KFC between them.

Perhaps next year they should make the Christmas decorations out of something other than shotgun shells. 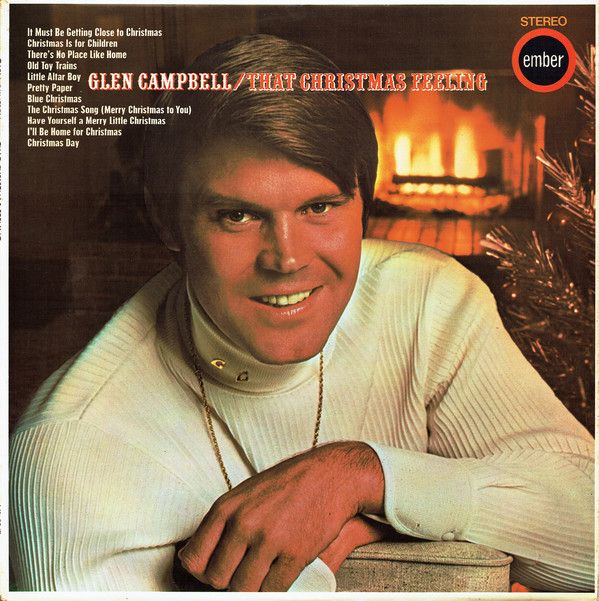 Glen Campbell pulls on his cosiest cardigan and gives this Roger Miller Christmas classic a fireside crooner’s touch, filling it with a dash of sadness and a sprinkle of sentimentality. If this doesn’t make you feel all warm and Christmassy inside then there’s no hope for you. 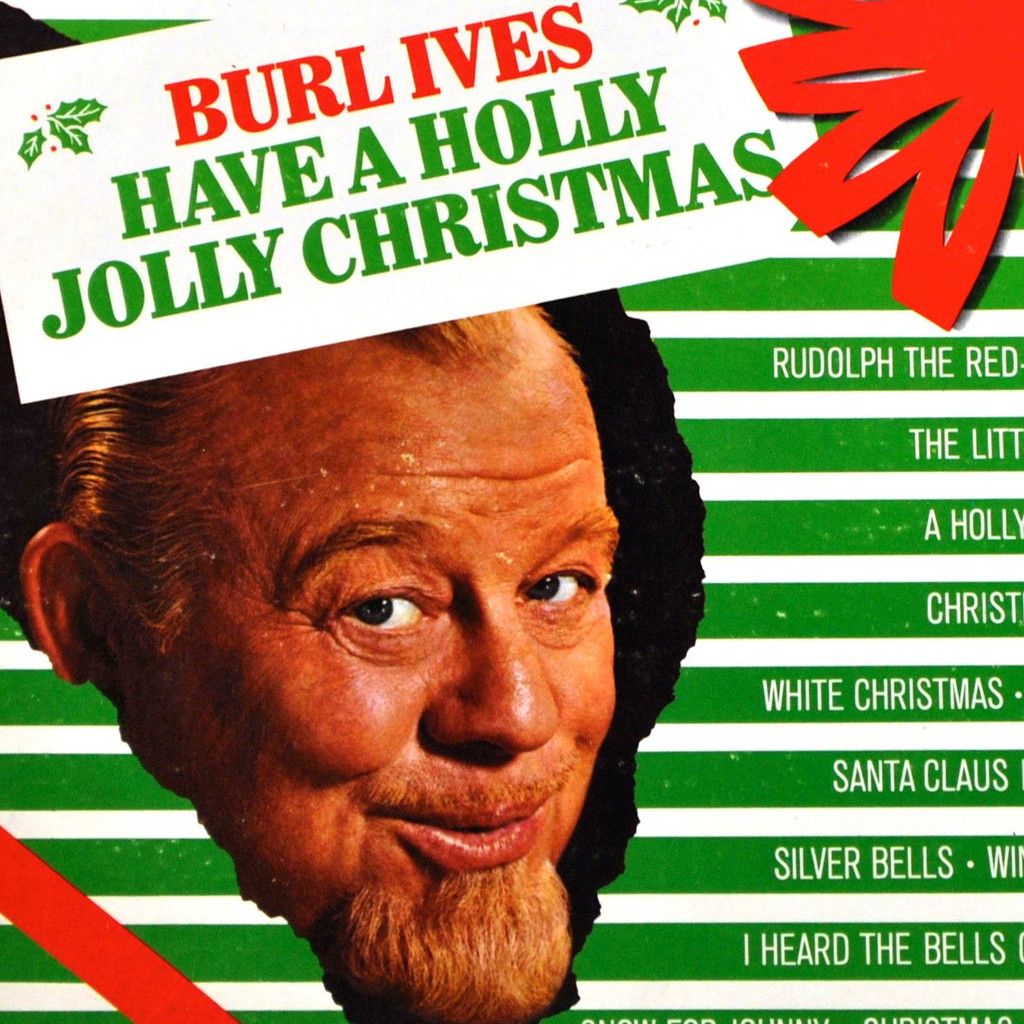 Bing bong bing! The Michael Bublé version might be blasting out of every department store these days, but this ebullient Christmas classic was originally a hit for country folk singer Burl Ives in 1964, and it’s since become one of the top 25 most performed "holiday" songs. Bing bong bing! 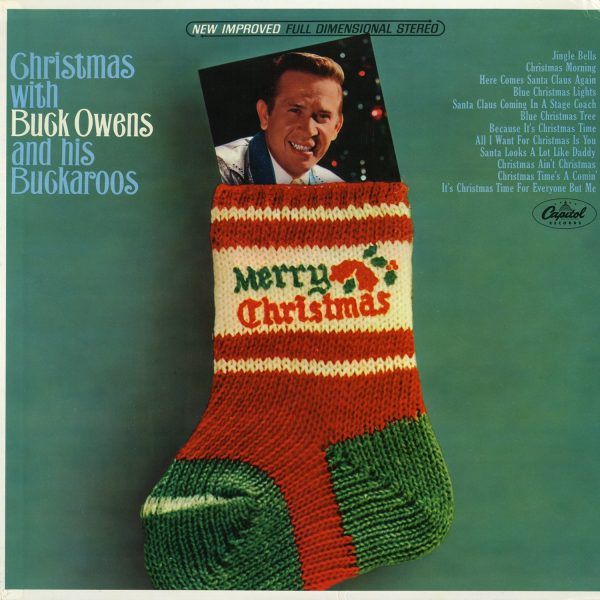 Buck Owens and his Buckaroos brought Christmas to Bakersfield in 1964, giving it the full twin Telecaster treatment in this perky pop country smash, as a young Buck Owens deals with the confusion of catching his parents making out on Christmas Eve.

Garth Brooks, Travis Tritt, Brad Paisley and even pop punk band Bowling For Soup have had a crack at it since. 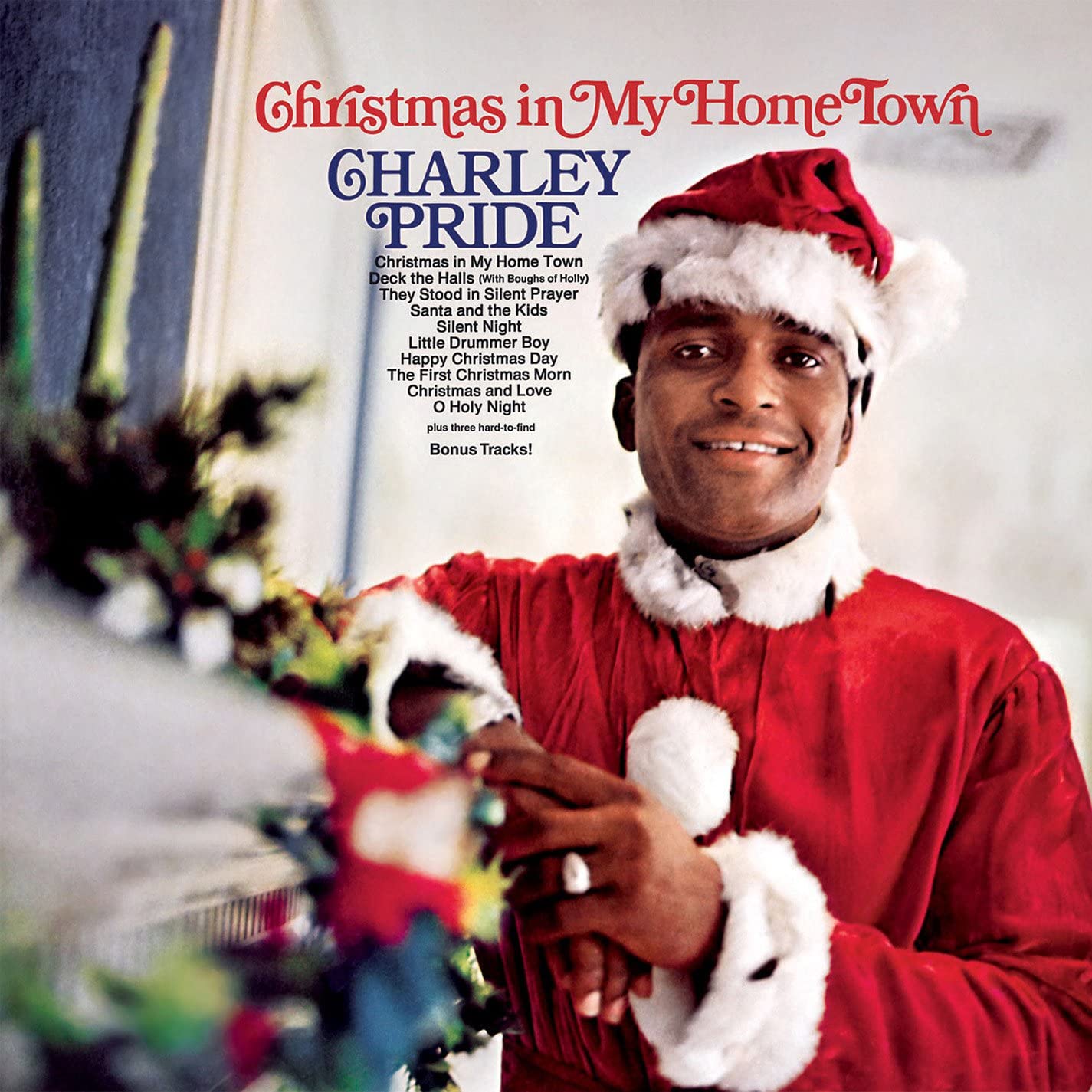 Glockenspiels and sleigh bells jingle along in the sprightly title track as Charley merrily makes his way around his appropriately named hometown of Sledge in Texas. 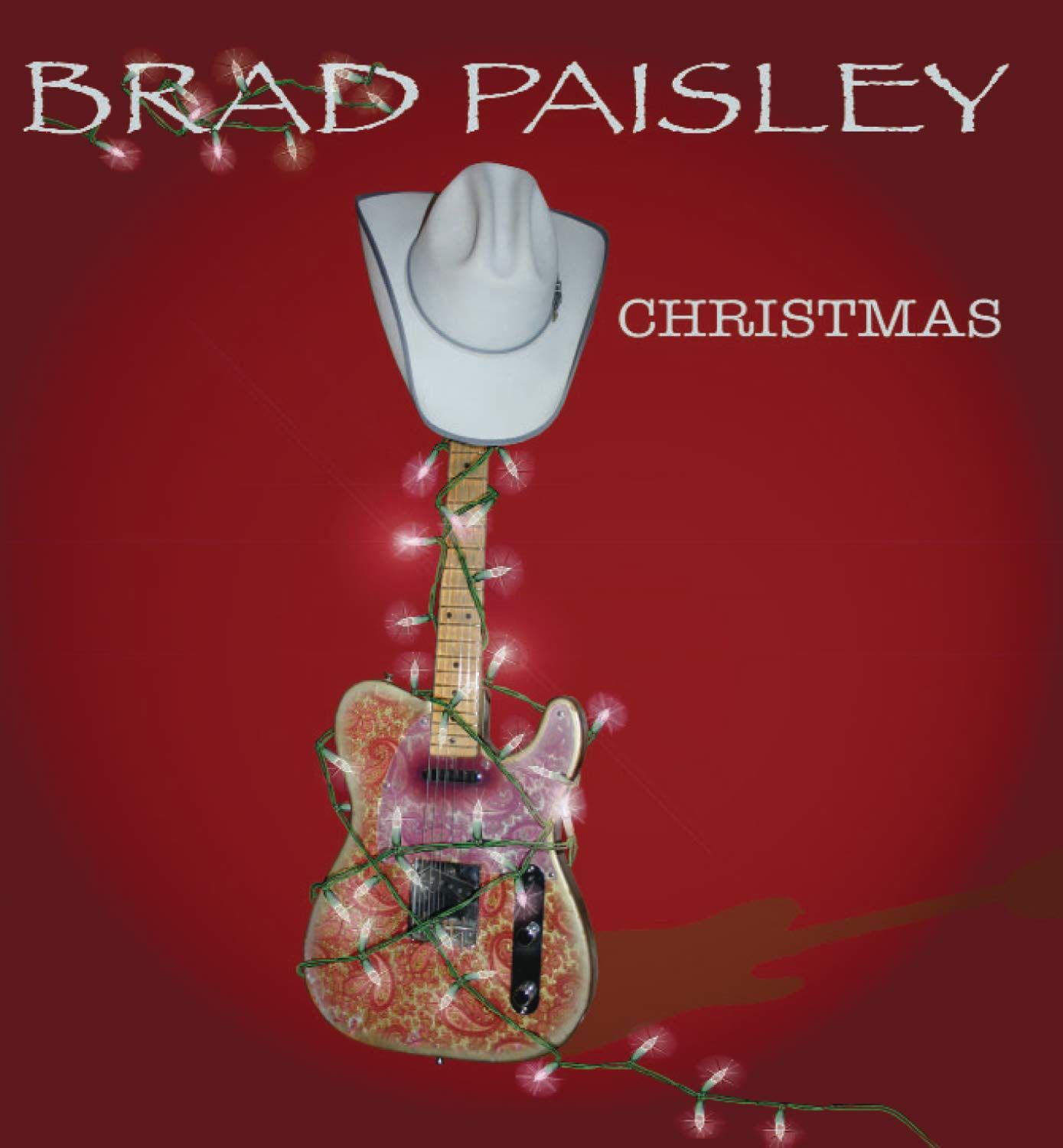 Just like all the other little children in Nashville, Christmas is a very exciting time of year for Brad Paisley. He was so excited one year he made a whole album of Christmas songs! Including this jaunty tale of a secret agent penguin called James who works undercover for Santa Claus.

I think someone’s had too much eggnog. 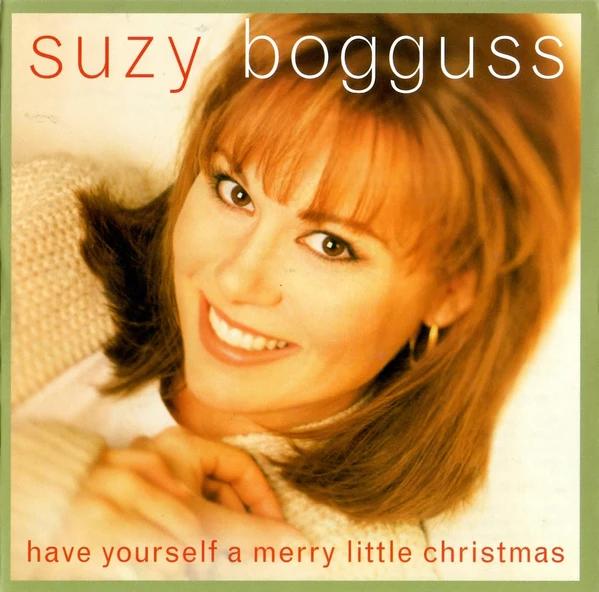 It might be Christmas Eve, but Santa isn’t here just yet and Suzy Bogguss isn’t going to bed anytime soon. Time to roll back the rug and get the fiddle out for some festive two stepping before the big man arrives. 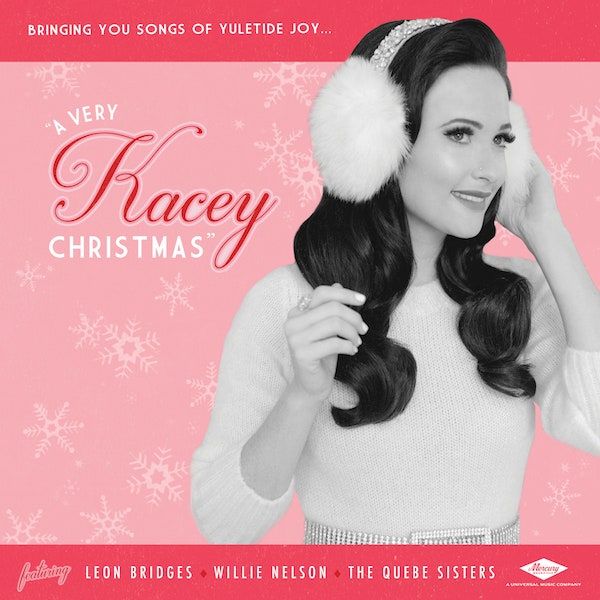 You know what they say, it isn’t Christmas until the fairy lights are on the tree and the Kacey Musgraves’ Christmas album is on the turntable. Kacey loves Christmas so much she even made her album, A Very Kacey Christmas, into a TV special.

In ‘Ribbons And Bows’ she sings about how she doesn’t need fancy cars or expensive holidays and jewellery to feel grateful either. I hope my family all remember that on Christmas day. 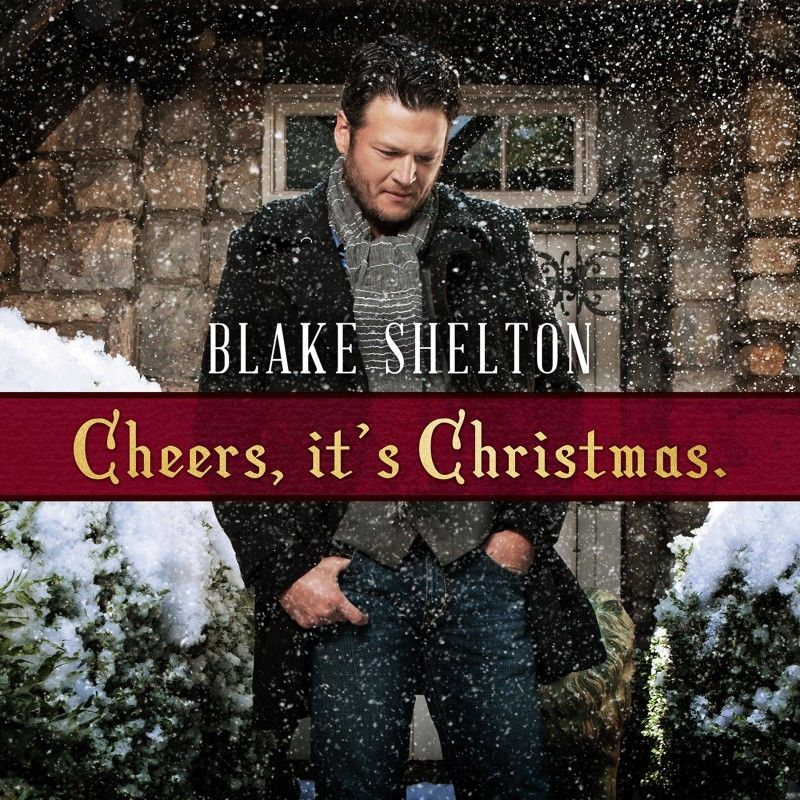 Ariana Grande isn’t the only pop star that can do impressions you know! In the late noughties, young people used to spend the long winter nights watching Michael Bublé doing Blake Shelton impressions over and over again.

‘Home’ is one of those magical songs that still manages to be incredibly touching, even though it also sounds like a song from a building society advert. 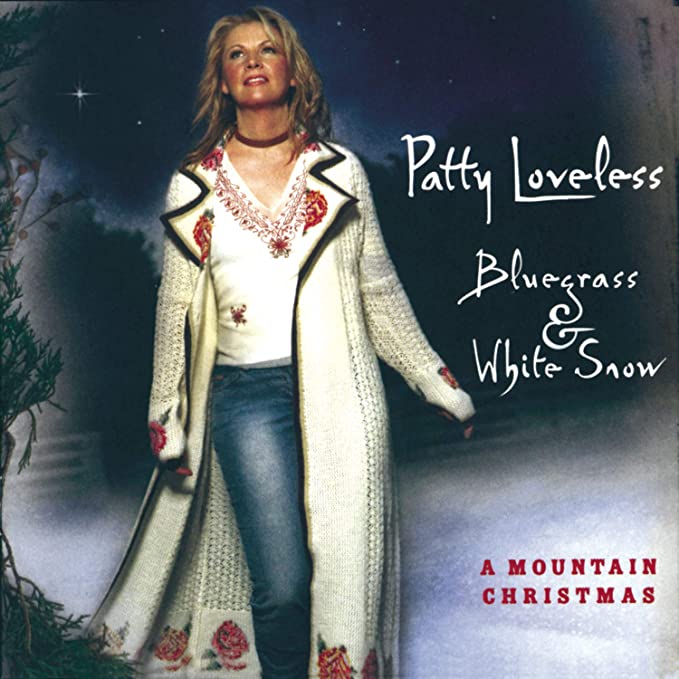 Like all the best Christmas films, our favourite country Christmas songs are the ones that you can listen to all year round, and this sweet slice of old timey bluegrass by Patty Loveless is absolutely one of those songs.

Honestly, if it wasn’t for the sleigh bells (and the fact that she sings the word “Christmas” two dozen times) you wouldn’t even know it was a Christmas song. So don’t give us any shit if you catch us watching Elf and blasting this in the middle of June. 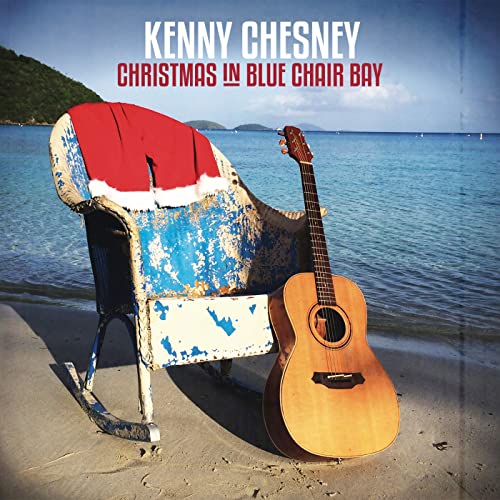 It might be Christmas but that won’t stop Kenny Chesney hitting the beach. He’s heading off to the boat parade in his flip flops with a bottle of rum to celebrate in the only way he knows how.

Sadly, this breezy festive toe-tapper wasn’t included on his full-length Christmas album, All I Want For Christmas Is A Real Good Tan, but it’s a lovely way to kick off any Christmas party. Sunshine or snow. 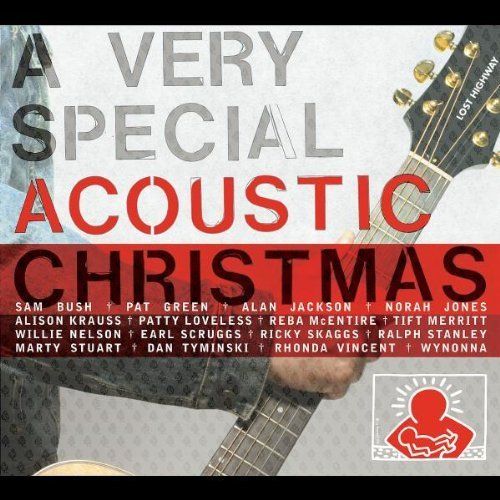 Alan Jackson - Just Put A Ribbon In Your Hair

Alan Jackson is a man of uncomplicated pleasures, and something about imagining the big man surrounded by his family, smiling at the simple joy of it all, brings a little tear to our eyes.

His kids might want a fancy bike and a luxury teddy bear, but all Alan wants is for you to stand next to the Christmas tree with a ribbon in your hair. For goodness sake! Vince Gill’s not even here yet and I’m already blubbing like a baby. 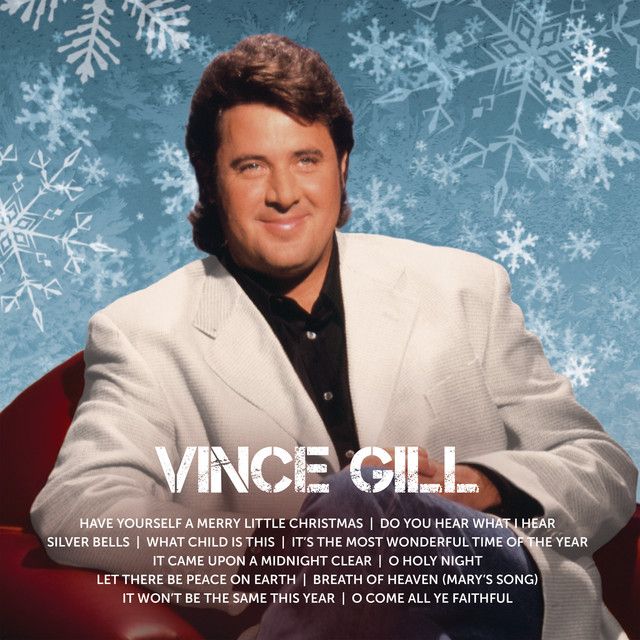 Vince Gill - It Won't Be The Same This Year

This starts out as a simple enough song about packing up the car and getting ready to go home for the holidays. But it isn’t long before Vince has got us all wobbly-lipped as he reveals that this is the first year he’ll have been home since his brother died.

“Losing my big brother hurt so badly”, he sings, before realising that in the end it helped him appreciate the true meaning of Christmas and how there’s nothing more important at this time of year than family. 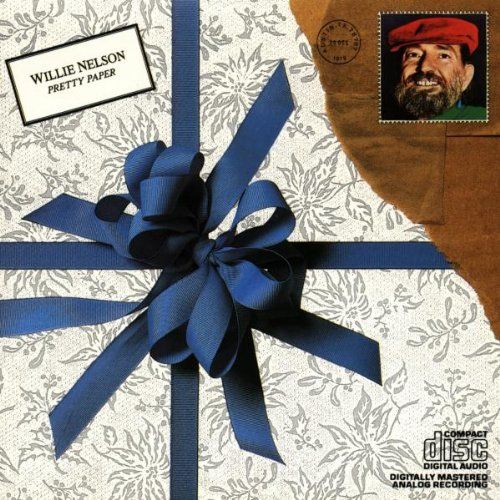 Written by Willie Nelson in the 60s, ‘Pretty Paper’ had already been a hit for Roy Orbison in 1964 before Willie and Booker T Jones got their hands on it in 1979.

The song was inspired by Frankie Brierton, a street vendor with atrophied limbs, who sold pencils and paper in front of Leonard's Department Store in Santo, Texas, during the festive season, and moved with rollers instead of using a wheelchair. 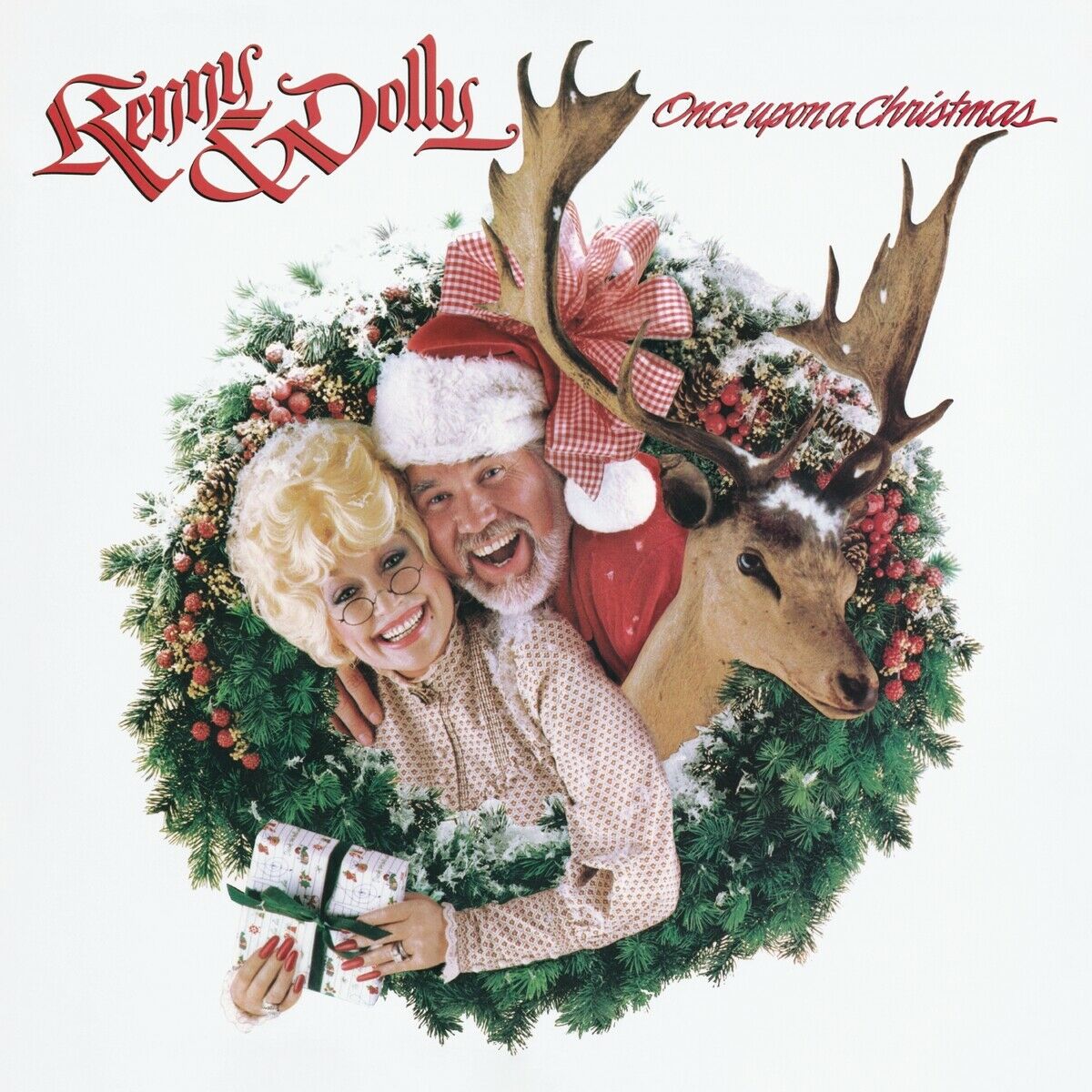 The fact that there are three songs above this on Holler’s Best Christmas Songs playlist just shows the sort of quality we’re dealing with here!

Taken from the musical The Best Little Whorehouse In Texas, it finds Dolly Parton refusing to let life get her down as she lists off the various things she’s thinking of doing to help her get through the disappointment of her brothel having to close down. Very Christmassy. 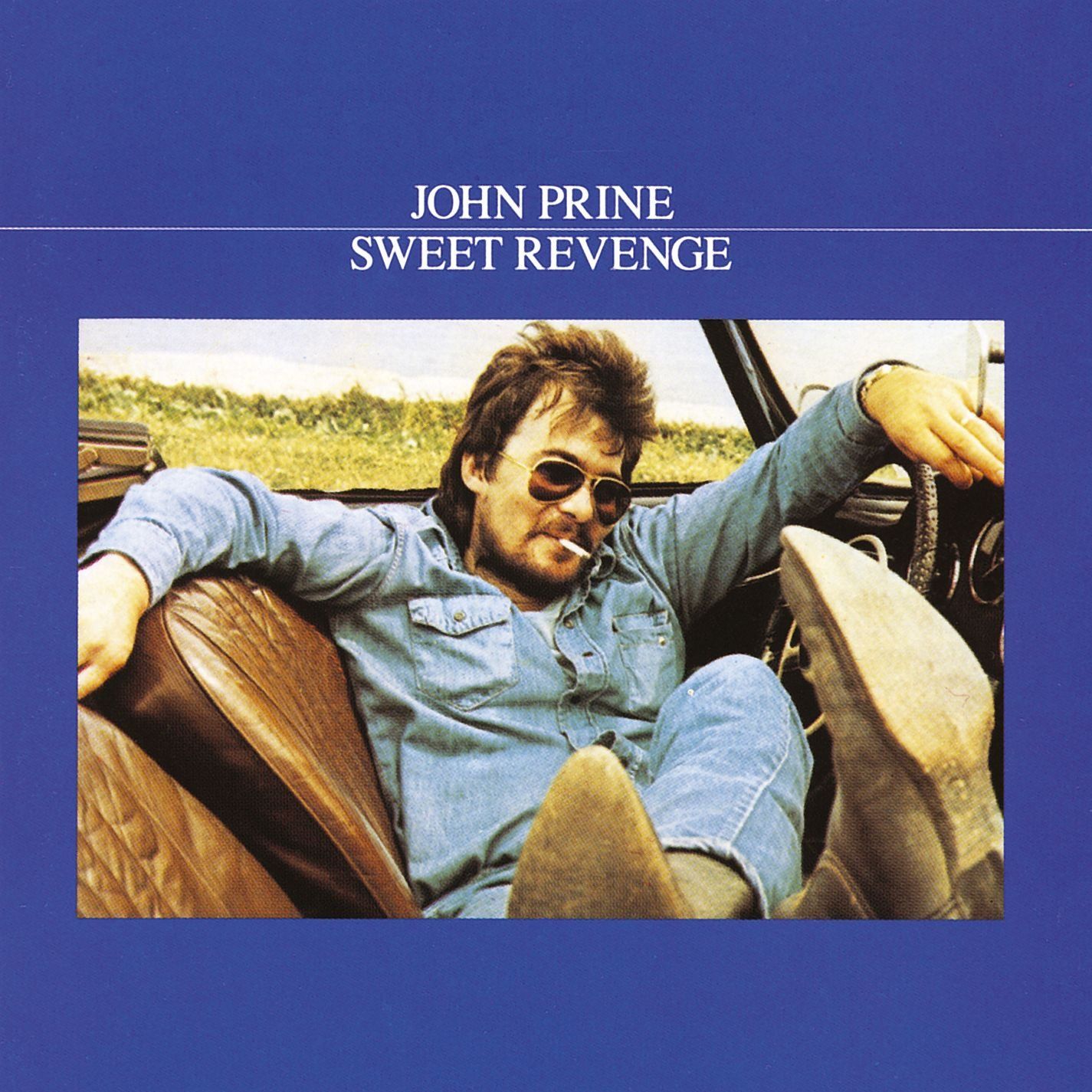 If you thought a brothel was Christmassy, wait until you hear where John Prine set his festive song! In a bloody prison! Of course, in the hands of John Prine any Christmas song is going to be one of the greatest Christmas songs ever written.

No other songwriter on earth could have come up with a line like “the search light in the big yard swings round with the gun and spotlights the snowflakes like dust in the sun” - giving us all a Christmas song that sounds as poignant and sad as it does funny and heart-warming. 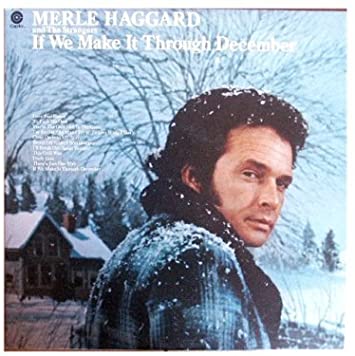 Merle Haggard - If We Make It Through December

Christmas isn’t going all that well for Hag either. He’s lost his job down at the factory and now he can’t afford any presents for his daughter.

If only she had the same wide-eyed approach to the holiday season that Kacey Musgraves has, or if Merle had the craft making skills and resourcefulness of Pistol Annies. He could have made her something out of old shotgun cartridges and she’d have been absolutely delighted with it. 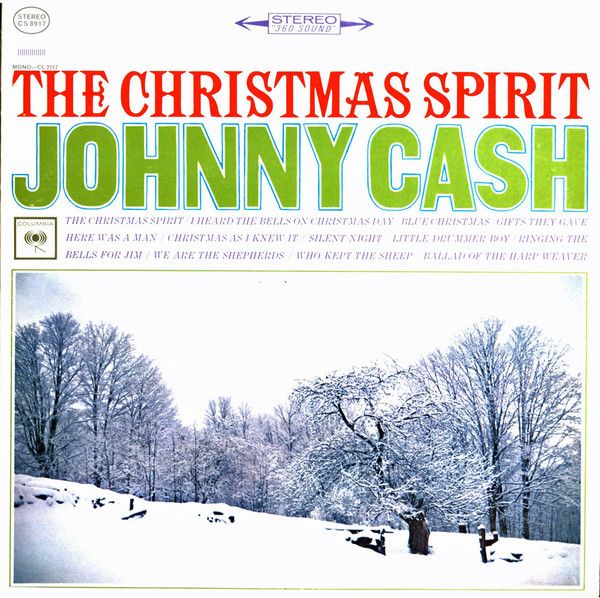 We end this list of the best Christmas songs the same way that we began, in the capable hands of the Man In Black himself.

This country Christmas classic has all the ingredients of a perfect Christmas song: a heavenly choir, a softly played piano and Johnny Cash doing accents, as he makes his way around the world in search of the very spirit of Christmas.

If he hasn’t helped you find it by the end of the song then I worry that nothing will; not even Love Actually or that little boy who breakdances at the end of Nativity. This is the perfect Christmas song.

Listen and subscribe to Holler's full Country Christmas playlist below:

Pistol Annies - Hell of a Holiday