Cody Johnson grew up in what he calls "a very traditional East Texas home". It was the kind of place where cowboys – and casseroles – were king, and where Christmas music was always on during the holiday season.

Tonight, Johnson is completing his final headline show of the season in Las Vegas. Then, he’s having his horse shipped to meet him out there to compete in the World Series of Team Roping tomorrow and Saturday. Ever the cowboy as much as the musician, he’ll finally head back to Texas once he's finished and will slip right into the spirit of the season.

Even though he isn’t home for the holidays just yet, Johnson sat down to talk all about what made his Lone Star Christmases so memorable as a child, and what he does now to make the holidays special for his own family.

“When I was growing up, everything was casseroles,” Johnson says. “Macaroni casserole, corn casserole, green bean casserole. Just carbs and Velveeta everywhere. It was like a church-potluck free for all. I know that up north it’s more about having a turkey or a ham, but that just wasn’t how we did it in Texas”.

Now that Johnson has a family of his own - with his wife and two little girls - he prefers to keep things interesting by making a new tradition with every Christmas meal. “Every year, Brandi and I try to do something a little different. One year we did Mexican. Another year we did Italian. Three years ago, I did some wild game - squirrel, rabbit, duck and deer. It’s just something to break up the monotony of it being the same every year.”

What music is playing?

Johnson remembers his mom turning to southern gospel quartets like the Gaither Vocal Band, plus classic holiday tunes from Willie Nelson, Elvis Presley and Bing Crosby. “The one cassette we rewound and played constantly was Once Upon a Christmas by Kenny Rogers and Dolly Parton. My mom and dad wore that thing out,” he shares. His memories of that music are fond ones, which is why he recorded some of those songs for his brand-new album, A Cody Johnson Christmas.

Even though we’re all firmly planted in a digital world of streaming, down in the heart of Texas, Johnson is going old-school for his Christmas music. “We have a record player in our kitchen, so we collect as much Christmas vinyl as we can. It doesn’t matter who the artist is. Every time we see a store, we stop in and look. It might be Hank Snow or some guy you’ve never heard of. That’s our thing; we put a record on, and when it hits the end, turn it over and drop the needle back on and keep it going in the background”.

What’s under the tree?

When he was about 8 years old, Johnson remembers wanting a bicycle for Christmas more than anything. “I asked Santa and I asked my mom and dad. My dad was a prison guard at the time, and I noticed that he wasn’t around very much that year. It was because he was working so much overtime. So, my brother and I got everything we wanted for Christmas,” he says, “Santa was not gonna get the credit for that”.

As a recording and touring artist, Johnson puts in his own kind of overtime these days. It’s something he’s got plenty to show for. He tries hard to rein things in around the holidays, and not shower his daughters Clara, 6, and Cori, 4, with over-the-top gifts just because he can.

“Clara has a 25-year-old mare named Cinco - she is a sweetheart of an old horse - and when I was going to team rope recently, she asked me if I’d saddle Cinco for her. So, I saddled Cinco, put her in the trailer, and we go out to rope. Clara rode Cinco around for five minutes and then she wanted to go back to the house. I told her no, because she’d begged me to let her ride".

"You have to instil in your kids that if you want something, you can have it. But you’re not gonna take it for granted”. The Johnsons also have a strict rule about electronics: none whatsoever. “Our girls are home-schooled, so our circle of friends is very tight and they aren’t very concerned with what other kids have”.

As for him and his wife Brandi, Johnson admits it’s almost impossible to buy each other Christmas gifts when they already have so much. “God’s been so good to us. It’s hard to think of what you want when you’ve been so damn blessed,” he admits. “In years past, I’ve bought her an expensive piece of jewellery behind her back and it blew her mind. But I also like getting her things like that book she mentioned she wanted to read, or that candy she likes, or a six-pack of Coke”.

What memories are in the making?

Johnson paints a vivid picture of what Christmas looked like as a kid in Texas. “My grandparents on my dad’s side lived a couple of houses down from us. My grandma would be in the kitchen cooking and my papaw would be sitting up in his big chair with kids crawling all over him. That makes my memories pretty special, when I think about how different things were when they were alive. We clung to that house and those memories,” he says, “but our traditions changed after that”.

But there was always an Assembly of God mass, with a preacher telling the congregation the story of Jesus’ birth. "I remember how it shifted my focus from Santa and presents to what are we doing here. We are here celebrating the birth of the greatest man that ever lived”.

With that in mind, he says he made his mind up when his oldest daughter Clara arrived to set that day aside for soaking in everything he loves about his family.

“Ever since Clara was born, I put my foot down. I want to create this Christmas atmosphere with my kids: I want to be woken up way too early by them, make a fire in the fireplace, watch them start tearing their presents open. Brandi and I will sit back with coffee – maybe with a little Baileys in – and just enjoy the time with them. This whole thing is about our two little girls, it’s their magic moment”.

That same sentiment is echoed not only through Johnson’s Christmas album, but with his latest single ‘Til You Can’t’ – written by Ben Stennis and Matt Rogers – about holding the people you love as long, as strong and as close as you can, ‘til you simply can’t. Such a message of not postponing joy is one that is as unique as it is universal.

A Cody Johnson Christmas is out now via Cojo Music / Warner Music Nashville. You can purchase the record from one of our selected partners below: 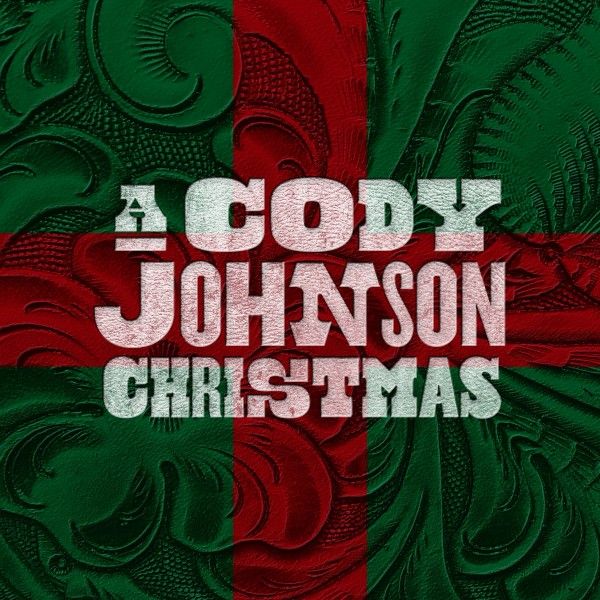