Filled with infectious, 70s-kissed sounds and lucid journeys of self-discovery, Pearl Charles' second full-length record is a 10-track trip through heartbreak and fragility - with an added dose of country disco. 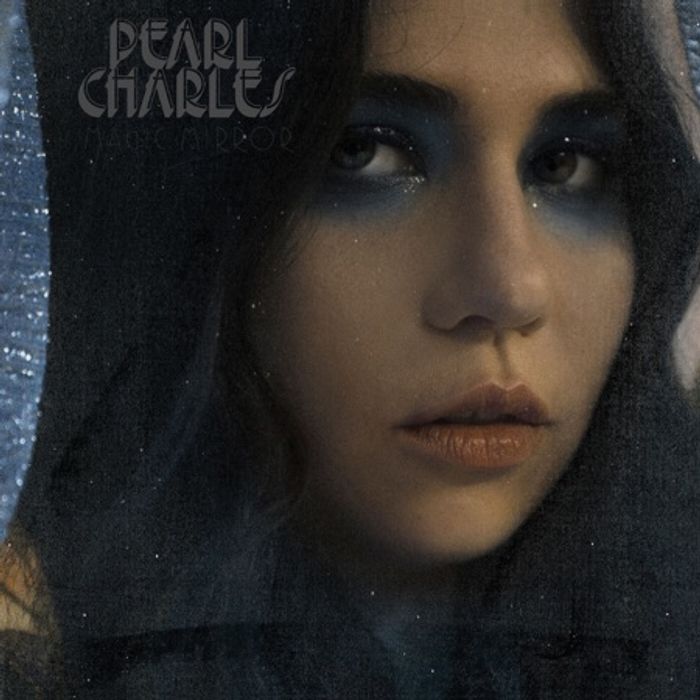 At the end of 2019, I was listening to early versions of a couple of songs from Pearl Charles’ Magic Mirror in a studio in Echo Park, Los Angeles. She was working on backing vocals with a friend, during the very end stages of the recording process. At the time, I thought it was the Californian sun shining down that made me feel good, but now, with the release of the LP - Charles’ second full length - I am beginning to think it was actually the infectious, 70s-kissed sounds of this very record.

Magic Mirror opens with a number that even the most seasoned of listeners might not expect from Charles. “ABBA!”, my inner-disco-loving soul shouted at me when the glistening keys, funky bass and harmonies of ‘Only For Tonight’ kicked in. Fortunately or unfortunately (depending your stance on disco) that’s pretty much the end of Charles displaying her glittery side. The reoccurring themes explored in Magic Mirror begin to seep through between the notes in ‘What I Need’. The song is a reality check in love; “I don’t wanna lose you, but maybe that’s what I need”, she sings. It’s the first display of Charles’ self-conflict with love and relationships, which characterise the record throughout.

Self-reflection runs deeper than just the album title. Perhaps I’m not the most appropriate person to give tips in psychedelics, but normally I’d say, “Hey, don’t look in a mirror!”. Charles knows this already, but her mistake results in listener-favourite ‘Imposter’, three-and-a-half minutes of the songwriter’s inward journey of finding her true self during a trip, not the imposter she sees. It’s an infectious toe tapper, despite somewhat self-deprecating lyrics. A similar approach to lyricism continues on ‘Don’t Feel Like Myself’, an insight into Charles’ most intrusive thoughts, projected through a subtle string section and melancholy lap steel plucked straight from The Flying Burrito Brothers’ The Gilded Palace of Sin.

There’s a feeling of soft fragility halfway through the record, as Charles delves further into the theme of heartbreak. “My eyes are red, my heart is blue”, she calls through a haze of smoke on ‘Magic Mirror’, an emotional ballad perfectly sculpted to accompany a movie break-up scene. This fragility continues through the exploration of perspective and purpose on ‘Slipping Away’, before coming out the other side - ‘All The Way’ sees Charles finding a new love, and Take Your Time, the calm after an emotional storm, is an ode to slow living.

Since her last record in 2018, it’s evident that Charles has taken the time to grow and develop her songwriting. Magic Mirror is not only her most translucent record yet, but her most mature and impressive; a consequential group of songs in her growing discography. From start to finish the LP is honest, heartfelt and is testament to her ability to integrate genres to craft an authentic sound that just keeps on giving.