Gabe might have found himself in Honky Tonk Hell, but for the listener, he’s been generous enough to find a way to transcend the depths and make it heaven. 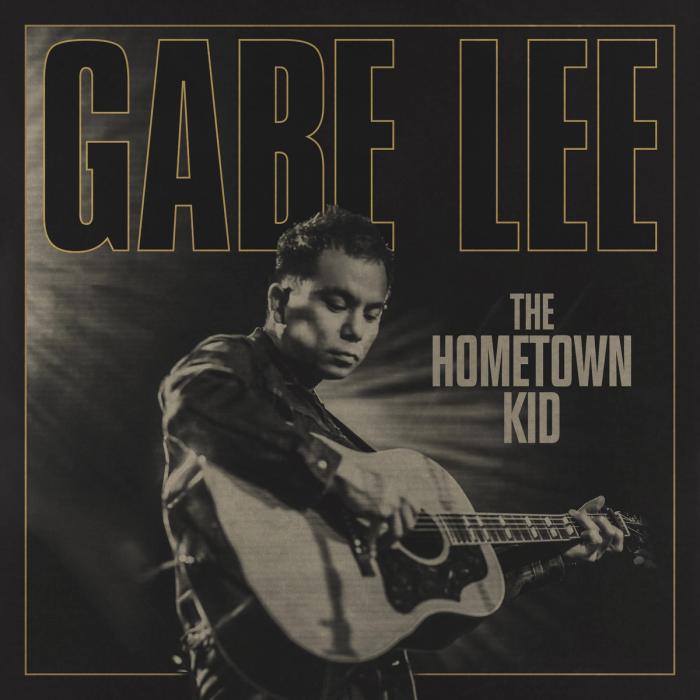 Though Nashville may be the hometown of songs about hometowns, there are surprisingly few people who can actually call it their own.

So, what do you do if it is your hometown, you want to leave it, and then you want to come back and write an album about living, leaving and returning to that hometown in the hometown of writing about hometowns?

Enter Nashville native Gabe Lee. His third album, The Hometown Kid, was recorded in Nashville’s Farmland Studio and makes it clear yet again that Gabe Lee is, like the titular character of any great song about a hometown, one of its shining hopes.

It’s an album of two halves, solidifying Lee’s brand of gospel-hewn heartland rock and honky tonk stomp and sorrow with his to-the-bone country music storytelling. Even more so than its predecessor, Lee’s powerful vocals sit alongside the instrumentation and production as equal partners, rather than on top of them, at least on the first half.

Where early tracks ‘Rusty’ and ‘Kinda’ Man’ amp up those heartland influences, later cuts like ‘Never Rained Again’ and ‘Long Gone’ peel them back, as Lee narratively finds his way closer to home. ‘Lonely’ draws comparison with John Prine, as does Lee’s ability to find insights even when dealing with more trodden lament, as with “not everyone survives a broken heart” on ‘Lucky Stars’. The soulful and surprising ‘Longer I Run’ shows that with a voice like Lee’s, genre is just another vehicle that he can both drive and defer to.

The spiritual streak that runs through all of Lee’s work is there as ever, met with a persistent melancholy that seems at times to both stem from and be saved by it; prompting a need to ask questions and leaving them unanswerable at the same time. It’s this questioning that makes every song feel like it’s coming of age, something that most people do only once. Lee does it repeatedly, becoming more interesting every time.

The gospel influence is sometimes overt, lingering, barely actualised but unmistakably felt, only revealing itself in the last few seconds of a song. At times it simply breathes below the surface, the way the air in a church has a ring to it, as heard on ‘Buffalo Road’.

Country music, for all its reverence for religion, is determined that heaven will be a place filled with old timers with a guitar and a story to tell, and Lee continues this great tradition on the album’s closer, ‘Angel Band’.

Gabe might have found himself in Honky Tonk Hell, but for the listener, he’s been generous enough to find a way to transcend the depths and make it heaven.

For more Gabe Lee, see below: