To celebrate its 10-year "annieversary", we look back on the formation of the no-shit-taking trio, and the record's lasting effect on country music. 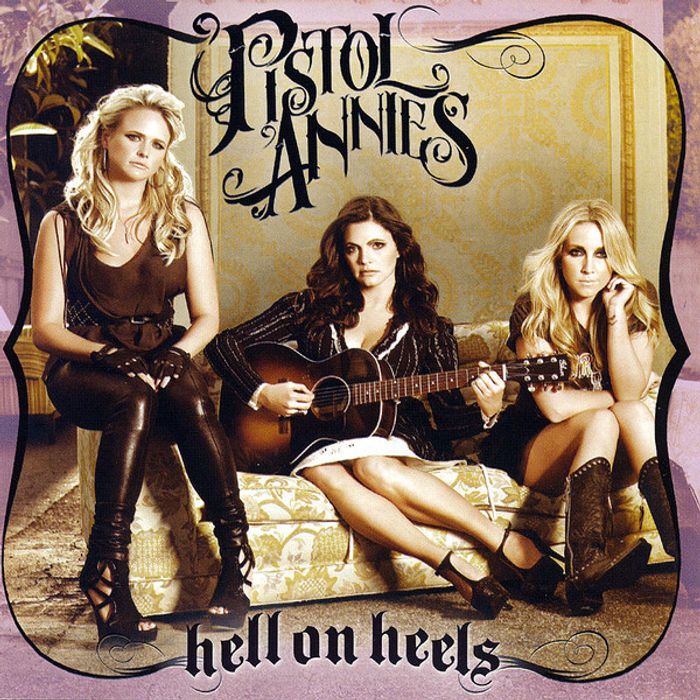 The Pistol Annies shook things up when they burst onto the scene with their debut album Hell On Heels in 2011. Sure, there’d been an all-female country-rock trio before in the serene shape of Dolly Parton, Emmylou Harris and Linda Ronstadt; treating us to heavenly harmonies and reworkings of the classics back in 1987. But this supergroup was very different, particularly in the way it came together.

Fast friends Miranda Lambert and Ashley Monroe initially met up for a songwriting session and could sense these new songs were different from their own solo material. When Monroe then played some of her pal Angaleena Presley’s music, it clicked into place - she was the vital ingredient they needed. Just like a movie, they had their lightbulb moment, and decided to start a girl band.

The three had a midnight phone call, Presley agreed to join them, and the group was born. They had an instant synergy and chemistry in their songwriting and friendship, launched with a surprise live appearance on a Girls’ Night Out TV special in Vegas. As Lambert said, “Now, our little couch dream is a reality.”

Dreaming up a name for their new band, however, was a real head-scratcher. They initially thought they’d found the perfect moniker in the “Calamity Janes”. As it turned out, that name was owned by a stripper in Kansas, thus sending them back to the drawing board. Presley says they went back and forth for about three days, coming up with 100 different names, before Lambert blurted out “Pistol Annies?” They knew that was it.

To complete the branding, they added some spice by giving each other nicknames to reflect their characters, in true Spice Girl-style. So, Monroe became Hippie Annie, being she’s “all love, a hillbilly hippy from East Tennessee”. Lambert was Lone Star Annie, because she’s from Texas - knowing “people hate us because we're so proud”. For Presley, it had to be Holler Annie; “I am from eastern Kentucky, a coal miner's daughter who grew up in a holler”.

To bond, they all went hunting together, eating the turkey that Holler Annie shot… probably a little different from Dolly, Emmylou and Linda’s bonding.

Writing and making their debut album, Hell On Heels, sounds like it was fast, furious and fun. Presley had already thought up the title idea and tucked it away in her back pocket for some time. She was just waiting for the right person to write with, knowing that the time had come when she hooked up with Lambert and Monroe. They put 'Hell on Heels' together in just 30 minutes on a bus, while planning out how they’d write every single song, crafting an album of 10 numbers.

Each brought their unique qualities to the party, with their empathetic sisterhood ensuring they wove these complementary characteristics into the fabric of the record. Even though Lambert was the star, with Monroe just starting out and Presley yet to release an album, their mix of wit, grit, sweetness, warmth and strutting attitude felt like a genuine meeting of equals - forging something genuinely new and exciting.

When Hell On Heels appeared in August 2011, it immediately soared to the top of Billboard’s Country Chart, peaking at Number Five on Billboard’s Top 200 chart. This debut album quietly helped shape the sound and direction of country music in the 2010s. In fact, by the time the decade ended, the critics did give them credit: Hell On Heels was dubbed one of Billboard's 25 Best Country Albums of the 2010s, while also being one of The Tennessean’s 25 Essential Nashville Albums of the 2010s.

“the delivery is always framed in their southern harmonies, with bags of humour and a fist raised high for female empowerment”

Each song looks at a real issue from a woman’s perspective. There aren’t frills in much of the content, but the delivery is always framed in their southern harmonies, with bags of humour and a fist raised high for female empowerment. Lambert acknowledges how lucky she is to have two amazing singer-songwriter friends, who together make an unstoppable musical force; “We say things in our music that women all across the country are thinking”.

They work organically, with every song on the album written by one or more of the trio. While they’ve been known to collaborate on tricky lines and knotty verses via text messages, they don't plan who's singing what, so there are some group songs, ones where they take turns and notable solo performances from Monroe on ‘Beige’, Presley on ‘Lemon Drop’ and Lambert on ‘Housewife’s Prayer’.

How do they know when it’s working? Simple. “When we're onto something, our arm hair stands up and we get chill bumps”.

The standout title track ‘Hell On Heels’ is a stompingly good mission statement, with crunching cymbals and country rock twirls, as they set out their stall as strong women. Their characters have made a deal with the devil to be both pretty and smart, and left a trail of sugar daddies in their wake. They end the song with the punchy lines: “I’m gonna break me a million hearts / I’m hell on heels / Baby, I’m coming for you!”

With ‘Trailer For Rent’, Lambert nods to Roger Miller’s ‘King Of The Road’ in another feminist song, where the singer is frankly sick of her no-good, lazy man, sitting on the couch while she does the dishes. In short, she places an advert in the local paper to sell their trailer and make a bid for freedom (and sanity).

On ‘Lemon Drop’ it’s Presley’s turn to hope for “better days ahead” and a way out of grinding poverty, admitting: “My life is like a lemon drop / I'm sucking on the bitter to get to the sweet part”, as Lambert whistles along to this classic country composition.

There’s a song pairing at the heart of this album that addresses similar subject matter to the Rolling Stones’ 1966 track, ‘Mother’s Little Helper’, but with a frankly despairing 21st Century spin. ‘Housewife’s Prayer’ has Lambert musing on “all these pills I’m taking / I wash ‘em down with an ice-cold beer/ And a love I ain’t been making.”

Hot on its heels, ‘Takin’ Pills’ has all three at the mic, taking turns with the verses in this twangy, uncompromising, self-deprecating view of Southern womanhood, numbing the days with “the highest dose of Prozac a woman can take / She likes to pop her pain pills with every little ache”. The ending, “one’s drinkin’, one’s smokin’, one’s takin’ pills” obviously made its mark, as Neil Young refers to it directly in his memoir Waging Heavy Peace, written when he’d just gone sober and had genuine cravings.

On the rootsy ‘Bad Example’ they come together with collective harmonies that sound almost like the Andrews Sisters. Over jaunty percussion and twangy lead guitar, they bemoan doing bar work and living from a tip jar week to week, while other girls’ rich daddies buy them degrees.

Finally and poignantly, they address a familiar story in ‘Family Feud’ as their nearest and dearest fight over what’s left once an older relative dies – from fine china and diamond rings down to the

TV set. You can hear some angst too, as they quip: “She’s probably rolling over in her grave / 'Cause the good lord giveth and the family taketh away.”

A decade down the road, the Pistol Annies have been through a lot of highs and lows – or as Lambert says: “We’ve caused a lot of trouble and done a lot of s**t.” Their collective stats are: three albums, a couple of kids, one stepson, a divorce, and Monroe sadly being diagnosed with a rare form of blood cancer this year. Nevertheless, they are going for it in celebrating what they call their 10 year “ANNIEversary” of releasing Hell on Heels.

It’s no stretch to say that this milestone album, Hell On Heels, and the collective Pistol Annies project has lifted everyone involved, individually and as a trio. There’s been critical acclaim, Grammy nominations, hit records and huge tours.

For Lambert, though, it’s all about what they get out of working and being together: “It makes me more brave, because when there's three of us, we can say whatever we want”.

You can purchase Hell on Heels from Holler's selected partners below: 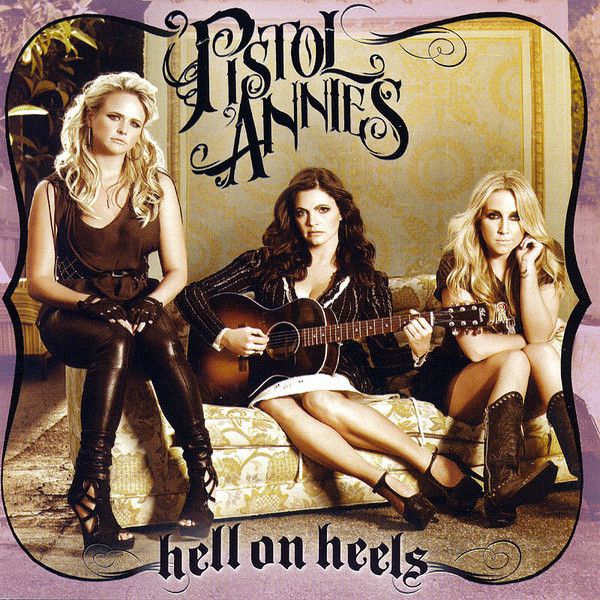 Austin City Limits Announces It Will Return For Season 47