Chief took you away from the world for three, four, five minutes and then dropped you back where you began - only now somehow changed, in touch with a feeling that you didn’t know you already had, in exactly the way that The Boss' own records do. 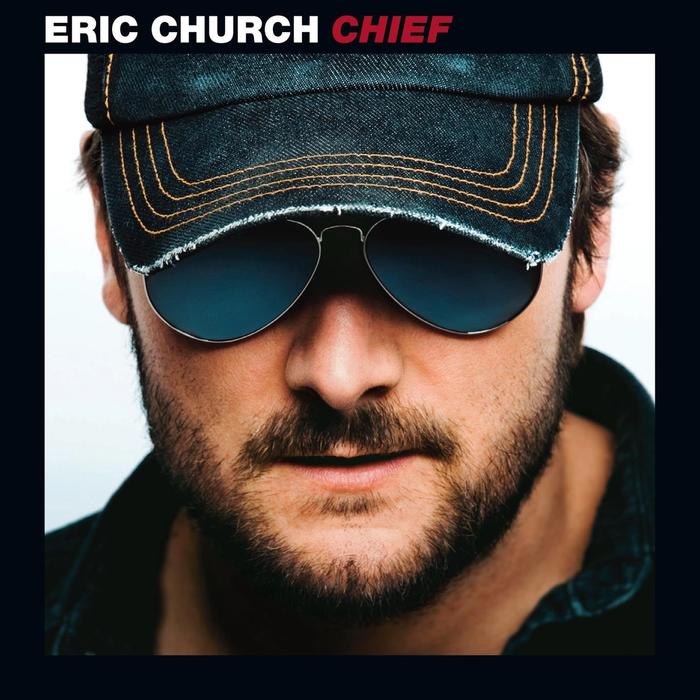 When Chief roared out of the blocks back in the summer of 2011, Eric Church held an ambivalent position in Nashville. He had talked a good fight, positioning himself as the modern-day heir to the likes of Johnny Cash, Merle Haggard and Waylon Jennings while cultivating an image of rebel cool, but the results hadn’t really backed it up.

His previous two albums, Sinners Like Me (2006) and Carolina (2009), only generated a couple of hits apiece; nothing at all that bothered the top ten. They'd performed OK, but they were spotty, inconsistent affairs that didn't back up their author’s insistence that he was the man to take country music out of the slightly dull cul-de-sac it had found itself in.

In many ways, Church faced the classic third album dilemma: debut does well, follow up maintains position, and then you have to put up or shut up, especially if you spent a fair amount of time around one and two pointing out how great you are.

Shut up Church did not.

Chief was a quantum leap forward. His first chart-topping album, it was parent to his first two no.1 singles, three other hits, 2m sales, a Grammy nomination, Album of the Year at both the CMAs and the ACMs and named the 419th best album of all time by Rolling Stone magazine.

Deservedly so. Everything on the album is simply better than what came before. The sound is crisper and the arrangements are more inventive, borrowing from the aural tropes of contemporary rock and the echoes of Charlie Daniels & Marshall Tucker in equal measure to make a record that sounded both modern and traditional - a neat trick when you can pull it off.

Crucially though, for the first time, the image was consistent with the attitude. The covers of both Sinners Like Me and Carolina presented Church as something of a fresh-faced ingenue, wispy beard to the fore. Chief offered a much harder edge, the mirror shaded Church glowering from behind a baseball cap, daring you not to believe that he was the best.

The fact the shades and a hat were actually practical solutions to the problems of bright lights and sweat on a small club stage, or that 'Chief' was the nickname Church shared with his police officer grandfather, were happy coincidences that proved invaluable in the creative process. It was also about this time that Eric – a man with a marketing degree, let’s not forget – started to have his road band dress in an apparently casual but actually strictly codified manner. Each member was seemingly designed to appeal to a slightly different part of the audience – whoever you were, you could look up on stage and see yourself reflected back at you, in much the same way that the songs seemed to echo your life.

None of this would have meant a damn without the songs; with those, Chief delivered in spades.

Take 'Springsteen', for example, Church’s second country chart-topper that remains his biggest seller; the one that still says “Eric Church” to the mainstream audience. It’s a marvellously constructed song. Lyrically the heir to Trisha Yearwood’s 'The Song Remembers When', and musically just country enough to work in that market (but without the fiddle or steel guitar that might hold it back from wider mainstream success).

It had it all.

The song took a specific, commonplace situation and made it into a universal commonality. It took you away from the world for three, four, five minutes and then dropped you back where you began - only now somehow changed, in touch with a feeling that you didn’t know you already had, in exactly the way that Springsteen’s own records do.

It had a magnificent hook in the line “funny how a melody sounds like a memory”, then it had another in the simple split phrasing of the title. Not content with that, he added the two-note echo on top; the simplest and most powerful of devices that even now sounds like the arrival of a soft summer night laden with the promise of youth.

And so it was throughout Chief. There are clever lyrics scattered all across the record; little turns of phrase that mark it out and identify it as an important and significant piece of work, without ever losing sight of its focus as a record to have a damn good time listening to. You know the songs and you love them - 'Drink In My Hand', 'Jack Daniels', 'Over When Its Over', 'I’m Getting Stoned' and let’s not leave out of this the glorious conceit of having a man called Church sing not one, but two songs with Jesus in the title.

Every boast that had ever been made, every prediction uttered - Chief delivered on them all. Except he was was only half right. For all its talk, Chief is really country music's John the Baptist, placed between old and new - or, as its author puts it on 'Creepin’, “headin’ for the future, runnin’ from the past”.

Country music’s actual future turned up about a year after Chief - its name was Florida Georgia Line.

FGL borrowed a lot of the same ideas that Church had used but crucially blended them with the R&B influences which he had eschewed in favour of his old school Skynyrd tastes. The difference in commercial terms was stark. 'Springsteen' sold around 4m copies around the world - 'Cruise' is at 11m and counting in the US alone.

Like it or not – and let’s face it, with bro-country it can go either way  - that mix of country & rock on one hand, R&B and rap on the other is what gave mainstream country music the impetus both artistically and commercially to move a quantum leap down that old town road. If it hadn't, we wouldn't have arrived in the landscape that we know today; the world of Lil Nas X & Billy Ray, Sam Hunt, Kacey Musgraves on acid and Justin Bieber with Dan+Shay.

Chief is a great, great album - it's unquestionably still the best that Eric Church has made. Nevertheless, it only changed the game for the Chief himself.