When a 48-year-old Harris stepped through the doors of producer Daniel Lanois’ New Orleans home to make her 18th studio album, little did we know that she’d emerge with this haunting masterpiece. 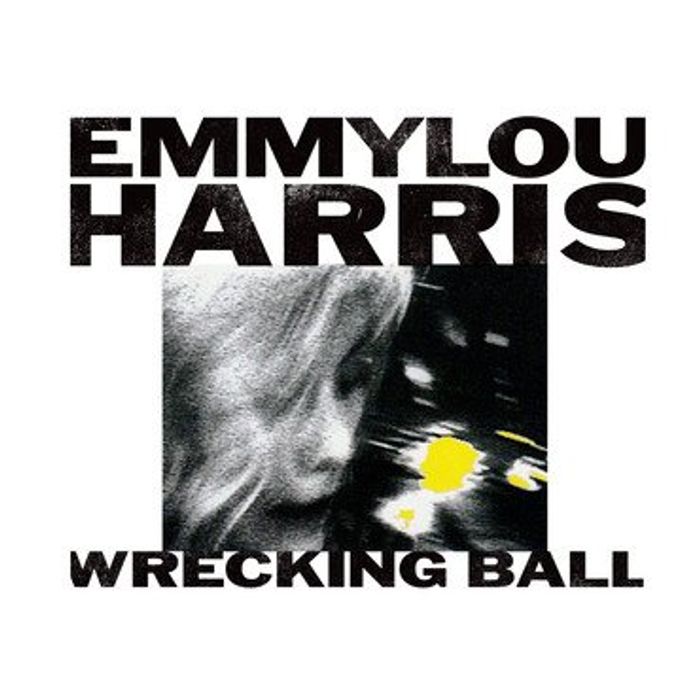 Sometimes an album comes along that stops you in your tracks, rips everything up, and feels like a great leap forward. Something so good, so fresh and true, you play it on a loop for hours. Or, as Emmylou Harris puts it: “There are some people who heard Wrecking Ball and thought I'd been abducted by aliens.”

When 48-year-old Harris stepped through the doors of producer Daniel Lanois’ New Orleans home to make her 18th studio album, little did we know that she’d emerge with this haunting masterpiece. Recorded the year after Johnny Cash had reinvented himself with American Recordings - his stark and stunning collaboration with hip-hop master Rick Rubin – this was another jaw-dropping bolt from the blue. They might just be two of the first milestone ‘Americana’ albums, even before the genre had such a name.

Those who weren’t as familiar with either icon might have considered the pair respectable, highly traditional country music folk who were unlikely to ruffle any feathers. But those who’d studied their careers more closely knew rebellion and non-conformity were always there, bubbling just below the surface. “For a long time, I haven't worried about country parameters,” says Harris to Holler. “I always push the envelope.”

Emmylou Harris paddled her own canoe – and kept her integrity - through a five-decade career that resonates far beyond any neat genres; “Most of what I've done has been bleeding through the lines”. Just looking at the evidence of her influence on successive generations of country, folk, rock, roots and Americana musicians - and fans – proves as such. Born into an army family in Alabama who relocated to North Carolina and Virginia, she played sax, became a cheerleader (naturally) and graduated top of the class. But once she had her head turned by folk music, it was game over for her academic career - she leapt into the hurly-burly of the folk club scene; initially starting in Greenwich Village before moving to Washington DC.

A particular club show in 1971 would be the game-changer. Some of the Flying Burrito Brothers were in the crowd, who recommended her vocal talents to their founder, Gram Parsons. “At that point,” says Harris, “I had given up on music. I had tried and made a record, before bottoming out and thinking that I had to start being a grown-up. I was a single mother and I was trying to figure out what I was going to do. While having my parents nearby was were an enormous help, I was still hacking away in little folk clubs and living rooms”.

“In working with Gram [Parsons], I became a singer. He gave me focus and direction, he taught me how to use my voice through singing country music. It was more disciplined, it required that you be more restrained with your phrasing - I became so passionate about country music. The passion and interest in song ethics that I had in folk music, combined with the structure and the beauty and subtle poetry of country music, I think really forged me as a singer.”

Parsons’ and Harris’ entwining voices were a match made in heaven. They were sensational both live and on record, duetting across Parsons’ solo records GP and Grievous Angel, all before his accidental overdose and early death. The loss of Parsons could have been the end of her career, but nevertheless, she persisted. Her major-label solo debut, Pieces of the Sky (1975) started the gradual process of winning over the notoriously hard-to-please Nashville crowd. Meanwhile, she charmed audiences overseas, singling out the Dutch and British as “the first to receive me with enthusiasm and open arms”. “What's great about audiences overseas is once you have a moniker they tend to accept whatever you do” she explains, “mine was as a country artist – I came through the country door, it was where I got my original inspiration and it motivated a lot of what I did”.

Two decades on, Harris had half a dozen Grammys, three marriages, two daughters and a membership to the Grand Ole Opry to her name. She could have ploughed the same furrow and kept making finely-honed country-folk for the rest of her seasoned career. No one predicted she’d take such a leap into the unknown, but her loyal fans were a factor. “I know there are people out there who want me to take chances and that's very empowering,” she says. “You don't want to let people down, and I wouldn’t want to do the same things over and over again anyway.”

Enter Daniel Lanois, the Canadian outsider best known for envisioning the next steps in the careers of major rock acts like U2 and Peter Gabriel, who encouraged her to venture outside her comfort zone. Typically self-deprecating, Harris says she’s been blessed to work with wonderful people that inspire her. “When I really didn’t know what to do next, I got the chance to work with Daniel. That carried me through several records, as it brought me into contact with Malcolm Burn and Spyboy.” Another glimpse of the future came in Harris’ own songwriting, as she collaborated on the vivid imagery of ‘Deeper Well’ with Lanois, and ‘Waltz Across Texas Tonight’ with her frequent duet partner Rodney Crowell, it lead to her next album, the totally self-penned Red Dirt Girl.

With Wrecking Ball, the close-knit team managed a total reinvention that still possessed the integrity of her past work. Looking across the album, you can feel the New Orleans atmosphere seeping into every corner of the room. Past and present loves are examined almost forensically; her version of her old friend Steve Earle’s ‘Goodbye’ finds her hardly able to recall if she properly ended a relationship, “Was I just off somewhere or just too high / But I can't remember if we said goodbye”. On Neil Young’s title track, she sings of her life being an “open book” and her reticence to make the first move, as the arrangement dances and echoes around her. With Jimi Hendrix’s ‘May This Be Love’, there’s a determination to keep her love closely guarded as the music pulses, before she endlessly notions that “nothing can go wrong”. Harris even manages to evoke the poignancy of Lucinda Williams’ original version of ‘Sweet Old World’ – as she sings about the intensely felt loss of a friend to suicide.

It’s certainly not all about love. Anna McGarrigle’s ‘Going Back to Harlan’ harks back to folk tales of woodlands and looming danger, with Harris’ gorgeous, ethereal vocals sitting alongside Malcolm Burn’s organ and Lanois’ mandolin, while the singer is forced to face her own mortality across Julie Miller’s ‘All My Tears’. Harris could even capture the biblical fervour of Bob Dylan’s ‘Every Grain of Sand’ perfectly, pleading as the song becomes insistent in its self-examination; “There's a dyin' voice within me / Reaching out somewhere / Toiling in the danger / And in the morals of despair”.

Lanois’ own compositions, ‘Where Will I Be’ and ‘Blackhawk’ feel fine-picked for Harris – they’re awash with rolling drums and lyrics that veer from harsh social realism to small-town romance. Then there’s the exquisite version of Gillian Welch’s glorious ‘Orphan Girl’, which helped propel Welch into the spotlight with her own debut record the following year. “I have a very high standard for songs,” says Harris. “I have spent my career trying to find those gems that have something special about them. Whatever buzzes or shimmers is right - that's what makes a recording magic. It’s not about getting everything perfect but capturing the performance that has an emotional resonance.”

Harris acknowledges that Wrecking Ball was very important for her, “it’s something very different, there's turbulence to the rhythms and it took me to a different place creatively. It was inspiring as a singer to sing against those particular instrument sounds and rhythms which I would not have thought of. I was very comfortable singing against them.”

You can judge how much Harris is revered in the music world when you note that Neil Young drops by to play harmonica on ‘Sweet Old World’ and add harmonies elsewhere, while U2’s Larry Mullen Jr drums on several tracks. Steve Earle is there on acoustic guitar, Lucinda Williams plays on her own song and both Anna and Kate McGarrigle harmonise on the closer. “I've been very fortunate in that I seem to come into contact with very creative people, it helps a lot. I think you bounce off other people and I don't like to stay with one thing too long.”

Does Wrecking Ball fit into a neat genre? According to Harris, it’s a “country album by definition if I am a country artist. Just as a song evolves, an artist has to evolve. You can't just say well, what is a country record any more? The music is reflective, hopefully, of who I am, what I listen to, what motivates and inspires me, and you don't worry about the parameters. In fact, you want to avoid them.”

On the other hand, Emmylou Harris is also happy with the Americana label “which is people who colour a little bit outside the lines, take their inspiration from traditional country, but don’t limit themselves to that. We have a lot of unique artists, and as Rodney Crowell and I have often said, we were Americana before it had a name.”

Whatever the categorisation, Wrecking Ball is undeniably a career-defining masterpiece.

Emmylou Harris and the Nash Ramblers - Ramble in Music City: The Lost Concert