There aren’t many surprises on That's Life, but that’s unimportant. Nelson’s in terrific voice, he clearly loves the material and delivers each of the eleven Frank Sinatra cover tracks with beautifully nuanced authenticity. 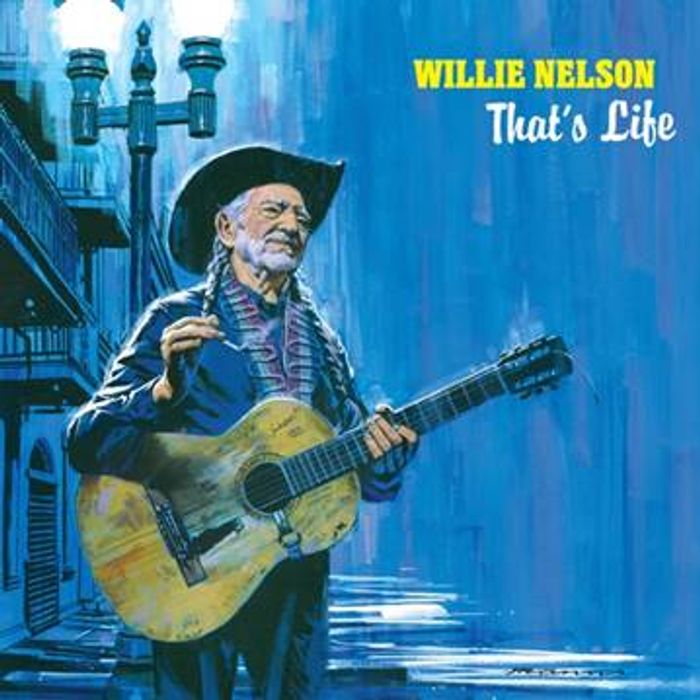 The Great American Songbook has been very good to Willie Nelson over the decades - and vice versa.

Nelson had a career-defining crossover hit with 1978’s Stardust, his first foray into the classics of Irving Berlin, George Gershwin, Hoagy Carmichael and others. His idiosyncratic phrasing and arrangements that touched on country, blues and jazz pushed the album into being one of his most successful, making him somewhat of a household name in the process.

Since then, he has returned to the concept on a regular basis, most recently releasing a set of George Gershwin covers in 2016. As its title implies, That's Life finds everyone’s favorite Texas-based musical outlaw giving everyone’s favorite Rat Packer’s catalog a spin. Perhaps Nelson got the idea from Bob Dylan, who raided Frank Sinatra’s songbook for a few albums of his own lately. Regardless, the majority of these eleven tracks are closely associated with Sinatra (while Frank recorded ‘Blue Moon’, it’s best known from Elvis’ version) but Nelson gives them his own distinctive spin.

The country icon is in fine voice throughout, but it’s the arrangements by co-producers Buddy Cannon and pianist Matt Rollings that make these versions so vivid. Some, like the opening ‘Fly Me to the Moon’, find Nelson fronting a horn-enhanced big-band, with Mickey Raphael blowing country harp. Elsewhere, as on ‘I’ll Be Around’, the instrumentation is sparser; a small combo, including tasty pedal steel, backs Nelson. Strings enhance but never overwhelm the bluesy ‘One for My Baby (And One More for the Road)’, and the rhythm gets nightclub jazzy on a zippy ‘Night and Day’. Nelson is notoriously receptive for female guests, and Norah Jones fills that role handsomely, trading verses with Willie on a swinging ‘What is this Thing Called Love’.

Nelson eases into the breezy ‘Summer Wind’ like the pro he is, and lays back with ‘Young at Heart’, both of which benefit from relatively stripped down sonics, the latter leaving room for Nelson to include a short, sweet solo on Trigger, his trusty acoustic guitar. But the highlights are arguably ‘It Was a Very Good Year’, and the title-track, both of which find the elderly protagonist looking back fondly on a full life, packed with romance and personal ups and downs. These songs were obviously not written with Nelson in mind, but his readings of them are as personal and emotional as if they were.

There aren’t many surprises on That's Life, but that’s unimportant. Nelson’s in terrific voice, he clearly loves the material and delivers each of the eleven tracks with beautifully nuanced authenticity. While these versions may not better old blue eyes’, they are every bit as heartfelt and emotionally performed by Willie Nelson, a guy who has always done things his way.

That's Life is out now via Sony Music