It’s obvious that Sierra Ferrell is a refreshingly original talent on the roots music landscape; one who’s revealed just a sampling of her gifts on this confident and uncompromising initial studio set. 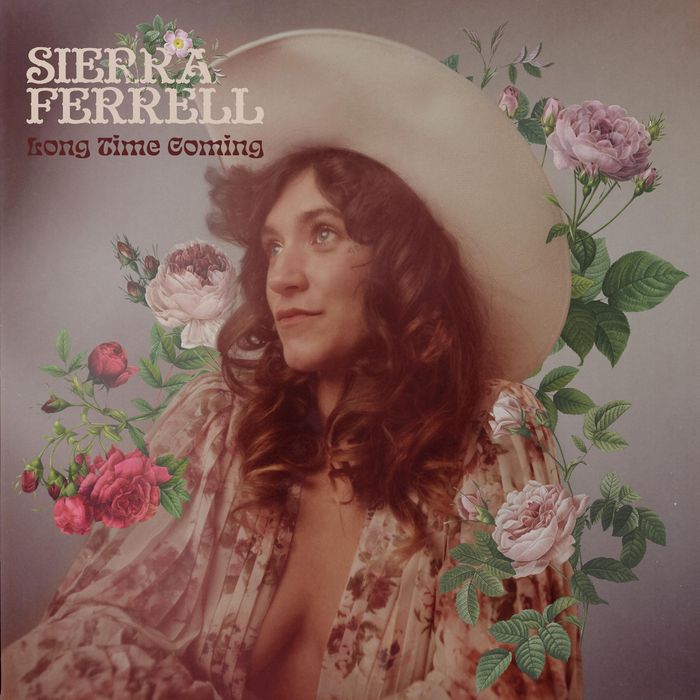 The Nashville (by way of West Virginia) transplant offers some interesting musical contradictions - “I listen to everything from bluegrass, to techno, to goth metal - it all inspires me in different ways". Nevertheless, as soon as the ominous strains of a musical saw are followed by a voice equally influenced by Dolly Parton, Maria Muldaur and Iris Dement on 'The Sea', it’s clear then that Ferrell has a penchant for channeling an earlier, simpler time.

Such organic music is more diverse than just the classic country of the Carter Family era, although there is plenty of that. Drop-in on any of these dozen cuts and you’ll hear lively, fiddle-inflected jazz indebted to Dan Hicks (‘The Sea’), bluesy folk (‘In Dreams’), Mexicali pop (‘Far Away Across the Sea’) and even European tango (‘Why’d Ya Do It’).

The connecting thread is Ferrell’s sweet, innocent, often frisky vocals that infuse each track, regardless of genre, with the youthful enthusiasm of a fresh yet experienced artist with plenty to offer. By the end of the lovely ‘Whispering Waltz’, there’s no doubt this is mission accomplished.

From the light-hearted, banjo-bathed bluegrass and cautionary lyrics of ‘Silver Dollar’ (“Everything in life it comes back full circle / So don’t do something to someone / You don’t want done to you”), to the exquisite 3/4 time of ‘West Virginia Waltz’, Ferrell hits diverse bases and delivers on all.

She gets subtle but essential assistance on these entirely self-penned and co-written originals from producers Gary Paczosa (Alison Krauss, Sarah Jarosz) and Stu Hibberd. They bring in just enough high-profile players like Jerry Douglas, Tim O’Brien, and Chris Scruggs, among others, to flesh out the sound without losing sight of Ferrell’s trilling voice and retro-inspired vision. It's evident as the Trombone and clarinet impart a Dixieland vibe on the swinging ‘At the End of the Rainbow’; a song that already benefitted from possessing an acoustic guitar solo not dissimilar to something Willie Nelson might play. It’s these spirited, unexpected musical twists that make this such a consistently delightful ride.

By the end of the too-short 40 minutes, it’s obvious that Sierra Ferrell is a refreshingly original talent on the roots music landscape; one who’s revealed what just a sampling of her gifts on this confident and uncompromising initial studio set. It’s an enchanting introduction that provides an eclectic blueprint for more to come from one of the scene’s most innovative newcomers.