Sepia-tinged and harking back to the mythical good old days, yet still forward-facing and flashy, Midland’s image and musical style somehow manage to take the best of everything and mash it together. 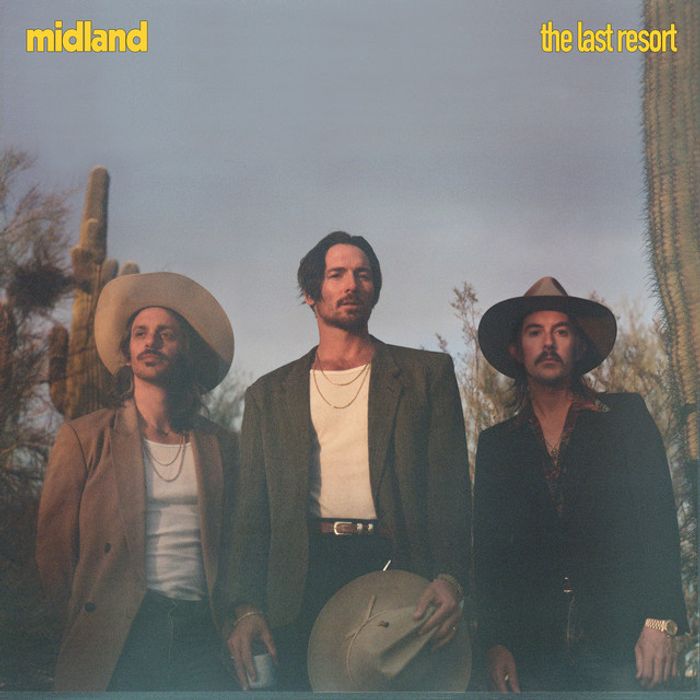 Now that Midland have got their origin-story documentary and album out of the way, it’s time to look ahead. This five-track collection - their first batch of new songs in two years – finds singer Mark Wystrach, bassist Cam Duddy and guitarist Jess Carson as the tight trio who buzzed around separately all over the States before finding each other in sweet musical alchemy.

You can’t quite put your finger on whether it’s more Dwight Yoakam or Tim McGraw, but their country reference points go as far as Johnny and Waylon, and even Dolly and Loretta. Sepia-tinged and harking back to the mythical good old days, yet still forward-facing and flashy, Midland’s image and musical style somehow manages to take the best of everything and mash it together.

It’s safe to say Midland know how to put together some highlights. ‘And Then Some’, with Wystrach’s classic country vocals layered over a warm breeze of a song, is undoubtably the highlight. It’s one of those quantifying songs, tallying up how much he loves her, with "river-deep, mountain-high" style lyricism courtesy of their writing collaborators Shane McAnally and Josh Osborne, previously best known to Midland fans for co-writing breakthrough hits ‘Drinkin’ Problem’ and ‘Mr Lonely’.

Everything reminds the singer of his ex and how much he misses her, right down to a song on the radio that instantly sets him off. Yet there’s a welcome, naked bit of soul searching going on here. As he comes to terms with the relationship's end, the song works as a confessional to himself. Josh Osborne once said, “With Midland, we write songs like it’s the ’70s and record them like it’s the ‘90s”. This track sums that up perfectly.

In contrast, ‘Two To Two Step’ is all rock-and-roll fun in an upbeat ‘90s style. It could start a line dance at Nashville’s Wildhorse Saloon, with Wystrach commenting, “It takes two to tangle,” with each step, while guitars whoosh around them.

On ‘Take Her Off Your Hands’, the music slows right down and the lyrics become wistful and covetous. It’s another Saturday night and the singer is craving the one he can’t have, the one who is wasted on her beau. It’s almost like he’s torturing himself, as he lingers over a simple and contemplative thought of wanting to sweep her off her feet and show her she’s appreciated – unlike her boyfriend who pays no attention and takes her for granted.

There are some beautiful, big old licks of guitar from Jess Carson on ‘Sunrise Tells The Story’, and it’s no surprise to discover Carson co-wrote this song, along with Jessi Alexander and Aaron Raitiere. It tells of an unlikely couple tangled up together, as cigarettes, red wine and an imminent tornado immerse you in the atmosphere and waves of emotion.

Typically for Midland, they have a more riotous sign-off song, ‘Adios Cowboy’, composed with veteran songwriters Marv Green and JT Harding. All three lads’ vocals are layered over their chiming guitars, as the delicious hooks and sudden changes of tempo keep us satiated as they say goodbye for now. It’s a short, sweet, yet very satisfying album from the trio.

For more on Midland, see below: