Midland - The Last Resort: Greetings From

The Last Resort: Greetings From unfurls as an eclectic, vibrant tapestry of an escapist trip along the Florida Keys, as Midland continue to stride confidently down their own unique path. 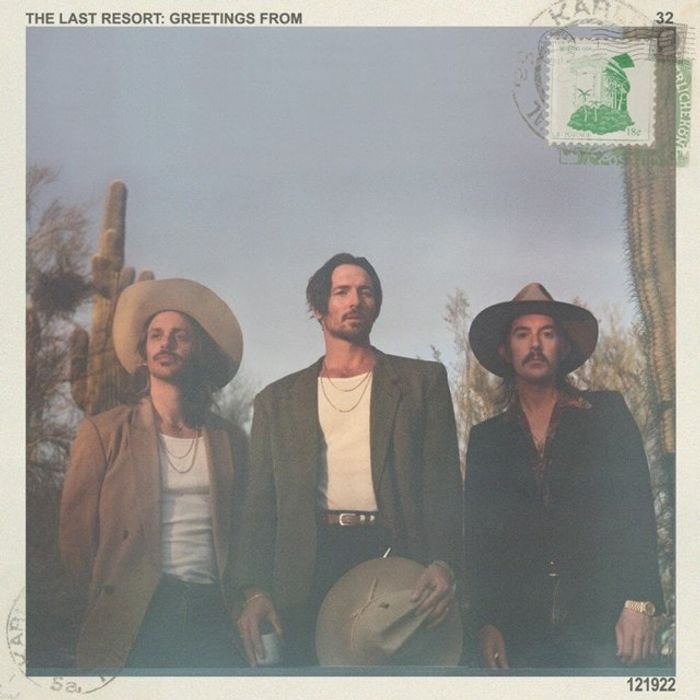 When Midland released their teaser EP last year, it was clear that The Last Resort: Greetings From would be fresh territory for the neo-traditional Texas group. The project unveiled a new easy-rock and Eagles-inspired sound, with a healthy dose of Gulf and Western stirred into the mix for good measure.

The newly arrived full-length album delivers on all the promises of that five-track EP. A year on, the five songs are just as unskippable as they were when they first dropped. ‘Two to Two Step’ finds Midland bringing that same up-tempo, tongue-in-cheek charm of previous tracks such as ‘Mr. Lonely’ and ‘Make A Little’. ‘Sunrise Tells the Story’ brings in an army of weather-based metaphors to tell a tale of young love.

It would be easy for this to feel laboured and perhaps even a little twee, but in the hands of primary songwriter Jess Carson, it unfurls as an eclectic, vibrant tapestry of images that all combine beautifully.

Midland have proven themselves to be maestros at crafting immersive worlds within which to get lost. This was epitomised on 2021’s The Sonic Ranch, which played like a slow, balmy drive through the Texas desert, the demo-esque nature of the tracks only adding to the rustic atmosphere of it all. Now, The Last Resort: Greetings From creates an equally vivid picture, this time of an escapist trip along the Florida Keys in an attempt to get over a lost romance.

Midland stay true to their theme throughout, each song weaving in themes of sun-soaked heartache. ‘Longneck Way to Go’ is a party starter that features fellow neo-traditionalist Jon Pardi, and it immediately transports you to the joys of a cold-beer-fuelled and karaoke-assisted barbecue. The weather outside may be grey, but in the sonic world of your headphones, summer is starting early.

While Mark Wystrach charismatically sings the lead for most of the project, Jess Carson and Cam Duddy take the vocal reins for a song each. Carson’s voice has a magical, old-timey quality that makes ‘Life Ain’t Fair’ stand out. He likens the rollercoaster of life to a funfair - which he pithily coins the ‘Life Ain’t Fair’ - and although the pun might not entirely hit the mark, the song as a whole is a breezy, ruminative gem.

Duddy’s ‘King of Saturday Night’ is a raspier, rowdier offering, and directly juxtaposes Carson’s gentle ode. As a standalone track, ‘King of Saturday’ is a brilliant, unruly burst of colour, breaking away from Midland’s smooth and glossy sound; Duddy’s distinctive vocals keeping the energy levels high throughout.

Positioning it straight after ‘Life Ain’t Fair’ is a bold move - perhaps it would have benefited from instead being introduced by the boisterous, yet more restrained, ‘Paycheck to Paycheck’, allowing listeners the chance to shift through the gears before launching into the riotous ‘King of Saturday Night’.

But these are minor quibbles in an otherwise stellar album. Midland have always strode confidently down their own path, without conforming to the constantly changing flavour of the charts. The Last Resort: Greetings From is a tribute to this; its retro yet refreshing style incomparable to most other albums from the past year.

The Last Resort: Greetings From is out on Friday 6th May via Big Machine. You can purchase the record from Holler's selected partners below: 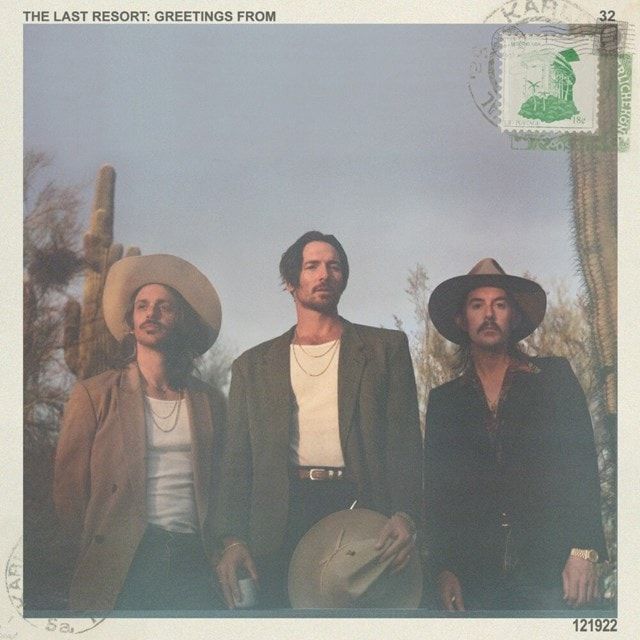 For more on Midland, see below: