The Dream was an almost perfect slice of traditionalist country when it came out a year ago, so all that the five new songs on Living The Dream can do is drag out the dessert course a little bit longer - but it’s one worth more than worth sticking around for. This deluxe edition is more than just a cherry on top. 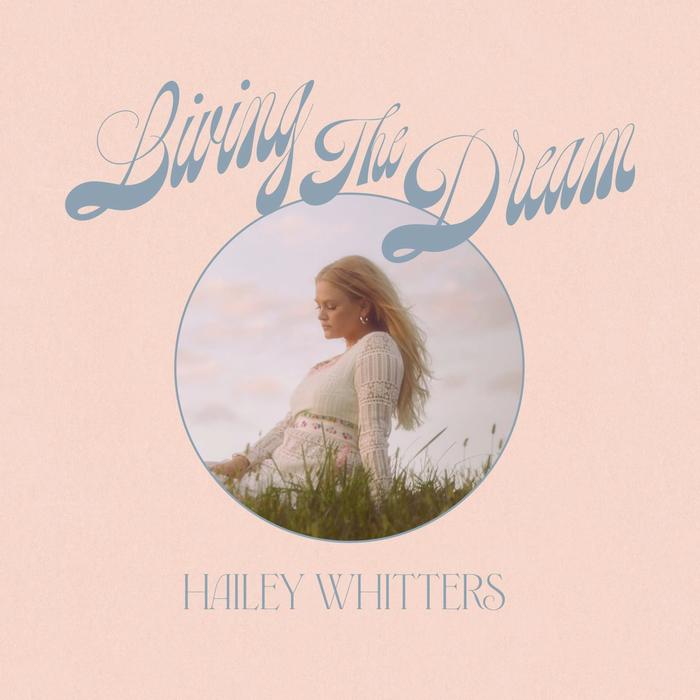 “I love the word extraordinary”, the Scottish poet and humourist Ivor Cutler once remarked. “Because although it means especially good, amazingly original, it could also, if one chose to think of it so, mean extra ordinary – very, very ordinary”. Hailey Whitters has been making an art form out of elevating the ordinary into sublime snapshots of small town American life ever since leaving Iowa and relocating to Nashville nearly fourteen years ago. Initially making a name for herself as a songwriter - with cuts for Alan Jackson, Little Big Town and Martina McBride - the crystalline voiced singer-songwriter finally broke through with one of her own when ‘Ten Year Town’ became the surprise breakout country hit of 2019.

Caught up somewhere between mainstream country and indie Americana, Whitters draws as much from the well of 90s country that she grew up listening to on country radio as she does from Gillian Welch and Patty Griffin. “I didn’t come this far, to only go this far”, Whitters sings on the self-fulfilling dreamer anthem, ‘Ten Year Town’, one of two songs co-written with Brandy Clark on The Dream, the album that followed. A joyous mix of street corner sassiness and checkout girl charm, Whitters soaked her small town vignettes in enough pathos to make you feel immediately familiar with their everyday heroes and occasional villains. Everything looks special under her microscope; almost otherworldly in its worldliness.

It’s been almost a year now since Whitters first released The Dream, but - in a year that’s felt like one long, endlessly insufferable month of March - it feels like a lifetime ago. The deluxe version of the album now tags five new songs – all duets of a sort – on to the end of The Dream and rechristens it Living The Dream, giving Whitters the chance to have a little bit of fun with her success before it runs away with her. After all, what else is there to do with a dream when a dream comes true, but start living it?

Taking it back to where it all began, Whitters joins up with Trisha Yearwood for a duet on ‘How Far Can It Go’. A cheeky little 90s country throwback that mixes late 80s Lucinda Williams with the West Coast power pop of The Bangles, the track ends up sounding like a Pistol Annies outtake or something off the Hart Of Dixie soundtrack. A summery coming-of-age mini-drama starring two star-crossed lovers on the run - “she’s just got just enough red Revlon left in the tube, he’s got a tenth of a tank but it’ll more than make do” - it feels like a juicy sequel to Yearwood’s own ‘She’s In Love With The Boy’.

‘Fillin’ My Cup’ brings out Little Big Town - whose cover of Whitters’ ‘Happy People’ was out in the world before Whitters sang it herself on The Dream - onto the stage. Written with Nicolle Galyon and Hillary Lindsey, it has Whitters switching verses with Karen Fairchild in a joyous mid-tempo hoedown; a paean to taking all the highs and lows that life throws at you and rolling with them, all wrapped up neatly in drinking metaphors: “It’s one part happy, one part pain, knowing what you can and what you can’t change”.

Lori McKenna and Hillary Lindsey - two thirds of the Grammy winning songwriting trio the Love Junkies - appear alongside Whitters for ‘How To Break A Heart’, a masterclass in country music wordplay. While ‘Glad To Be Here’ reunites Whitters with ‘Loose Strings’ writer Brent Cobb for another one of her quickly-becoming trademark taking-the-rough-with-the-smooth anthems.

The Dream was an almost perfect slice of traditionalist country when it came out a year ago, so all that these five new songs can do is drag out the dessert course a little bit longer, but it’s one worth more than worth sticking around for. This is more than just a cherry on top. This is a whole bowlful of cherries, plus whipped cream, crushed Oreos, mini marshmallows, chocolate sprinkles, jelly beans, hot fudge sauce and hazelnuts. Absolutely fucking delicious.