Bruce Springsteen and The E Street Band will mark their return to the road in early February, 2023 with a string of now announced US arena dates, followed by European stadium shows kicking off on April 28th in Barcelona and a second North American tour leg starting in August.

The now announced US shows include dates in Tampa, Atlanta, Orlando, Hollywood, Dallas, Austin, Houston, New York City, a hometown show at the Prudential Center in Newark, New Jersey and many more.

Alongside the newly announced UK Shows, rumours and discussion have flooded the internet around a particular set of dates that are free on Springsteen's tour calendar, opening up the possibility of an appearance at Glastonbury Festival, his first since his headline set in 2009. While the Saturday of Glastonbury conflicts with a date in Gothenburg, the Friday and Sunday remain free in the Boss' calendar.

To further spur on the rumours, Springsteen joined Paul McCartney onstage during the Beatle's headline set on the Pyramid Stage in June to perform Springsteen's own Glory Road, as well as The Beatles' 'I Wanna Be Your Man' and 'The End' with Foo Fighters' frontman Dave Grohl.

These 2023 dates will mark the first live shows for Bruce Springsteen and The E Street Band since the conclusion of their 14-month, worldwide The River Tour in Australia in February 2017. The River Tour was named 2016’s top global tour by both Billboard and Pollstar.

Bruce Springsteen and The E Street Band last reconnected to perform on Saturday Night Live in December 2020, where they launched live versions of two songs from their most recent studio album Letter To You, which reached Number One in eleven countries and marked the band’s first time recording live together in decades.

Bruce Springsteen and The E Street Band have already surpassed one million tickets sold on their just-announced 2023 tour dates in Europe and have added even more new shows across the continent for their return to the road next year.

New shows have been added in Barcelona, Dublin, Oslo, Gothenburg, Paris, Amsterdam and Hockenheim due to overwhelming demand. 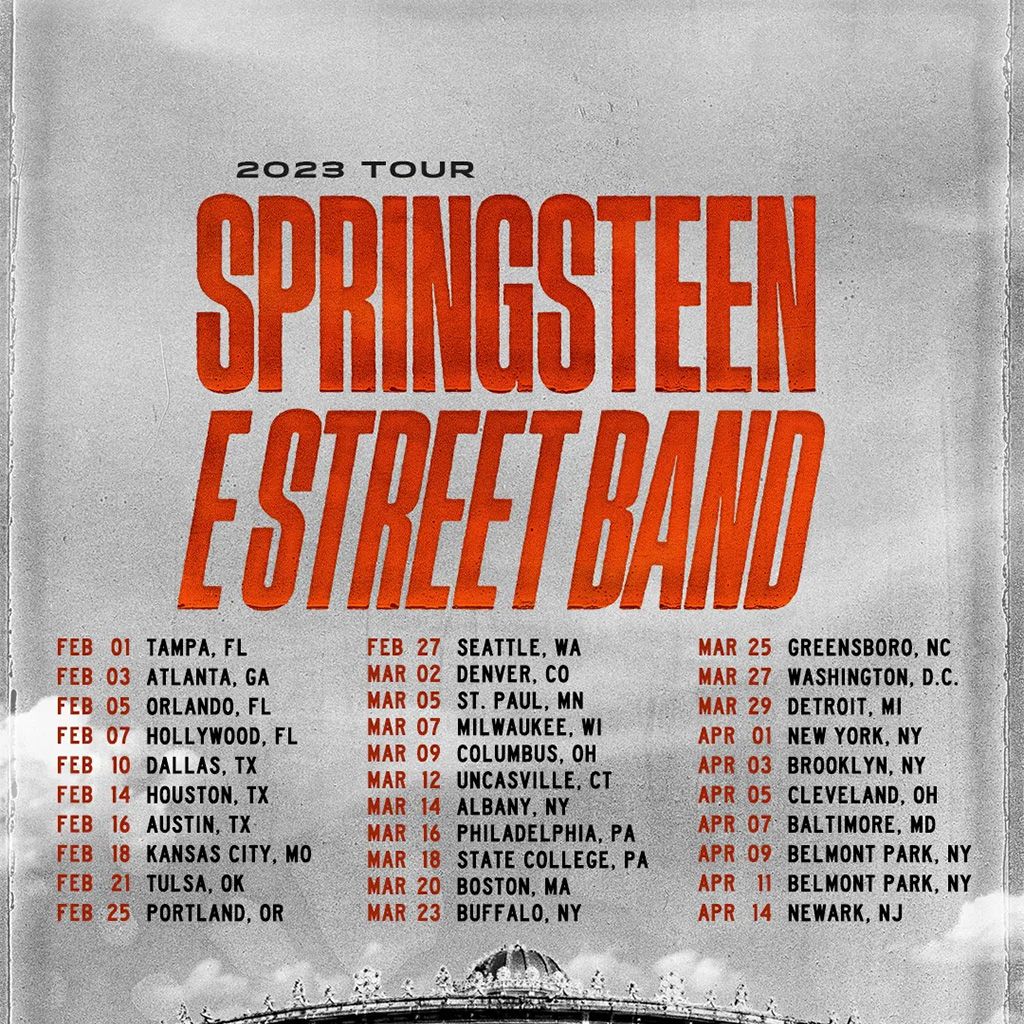 For all the tour dates taking place in 2023, see below:

Be sure to bookmark this page for announcements on any further dates as they get added.