Song Suffragettes, the Nashville-based all-women writer's round, is returning to London on February 1 to continue its monthly residency. In a Holler exclusive, the line-up for the hotly anticipated February show, which will take place at The Camden Club, has now been revealed.

Ahead of her eagerly awaited sold-out show at the Omeara on February 2, Canadian prodigy Tenille Arts will be taking the stage for the latest Song Suffragettes instalment.

Tenille will be joined rock-leaning multi-instrumentalist, Mia Morris, along with a range of exciting new voices in the genre, such as Kristina Karsegård, Katie Kittermaster and Paris Adams. 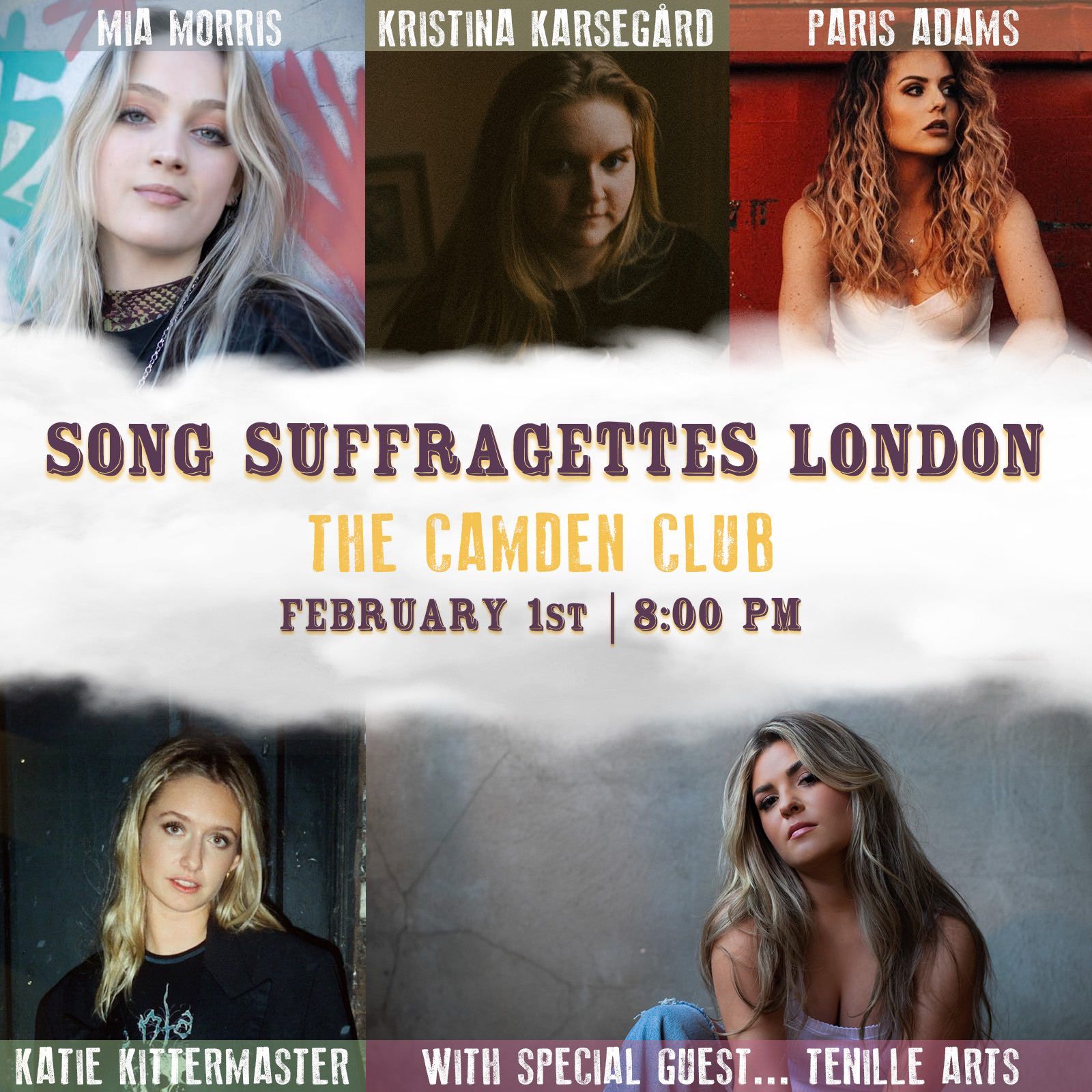 Tenille Arts made a widely praised appearance at C2C Festival in 2022, and the rising star emphasised her excitement at the prospect of returning to London for her February Song Suffragettes show.

The ‘Back Then, Right Now’ singer-songwriter outlined, “I have played Song Suffragettes since I first moved to Nashville. Todd Cassetty, the founder, shot the video for “I Hate This” and always has supported my outside of the box thinking. I couldn’t think of a better city than London for the series, because audiences there really cherish songwriting. Really looking forward to playing and sharing some stories behind my songs alongside a very talented and deserving group of girls”.

The popular writer's round has been descending on London since November 2, which kicked off an ongoing monthly residency.

Song Suffragettes shows are always spellbinding occasions, and offer UK country fans a taste of what it's like to experience the iconic stories and songwriting masterclasses of Nashville's Bluebird Cafe.

It was in this legendary venue that Song Suffragettes was born back in 2014. Over the course of its existence, the writer's round has provided a platform for over 380 women.

With another stellar line-up, London's February 1 show looks set to be another unmissable occasion. The Camden Club's Song Suffragettes showcase is due to begin at 8pm.

Tickets to Song Suffragettes London at The Camden Club on February 1 are available now, and can be purchased here.