Country legend Shania Twain has released her new song, ‘Giddy Up!’, alongside a special ‘Dance Video’.

The infectious, uptempo anthem will have only heightened fans' anticipation ahead of her upcoming album, Queen of Me, which is scheduled to drop on February 3. 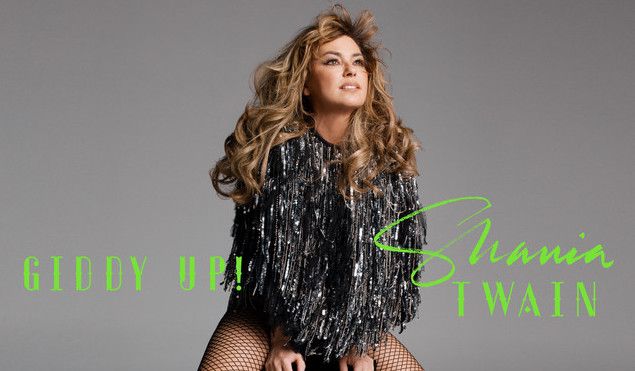 The accompanying music video embodies the song's sense of unbridled joy and euphoria, featuring a variety of characters in mundane, day-to-day jobs, who then decided to break out into dance.

It's a fun, light-hearted earworm that is reminiscent of the likes of ‘Man! I Feel Like A Woman!’, and fans will no doubt be excited to see Shania diving back into this energetic, upbeat sound.

Shania first announced the new single shortly before Christmas. Then, earlier this week, the Canadian artist teased the music video with a behind-the-scenes clip of her dressed up as a mechanic.

As well as preparing for the album release, Shania is currently gearing up for her Queen of Me world tour, which kicks off in Spokane, Washington, on April 28. The icon will also be bringing her extensive array of smash hits to the UK and Ireland in September.

Speaking about the inspiration behind the new single, ‘Giddy Up!’, Shania underlined how the track is tailor-made for a live set, “The saying ‘Let’s Go Girls!’ is such a wonderfully uplifting sentiment now, but it’s just something I said during the recording in the studio and I guess that’s the same for ‘Giddy Up!‘.

”These lines come to me when I’m thinking about how to put a little ‘pep in my step‘. I want people to feel good when they hear the new album. I want to set a celebratory tone and ‘Giddy up!’ is a way to call to the audience and say, “let's get ready for some fun!”

For more on Shania Twain, see below: