Shania Twain is the epitome of female empowerment. Her genre-bending hits have touched the hearts and minds of millions, her positivity and energy enabling them to remain popular for the last three decades.

During the 90s, Twain and her then-husband Robert ‘Mutt’ Lange were a formidable force at the peak of her career; her voice and songwriting, coupled with his polished productions, leading them to success in a cross-genre, international landscape.

Here, we pick out a list of 15 of Shania Twain's best songs. Dance With The One That Brought You

Taken from Twain’s debut album, this song was released as her second single but didn’t make much of a dent on the country charts, peaking at no. 55. Nevertheless, it’s a short, sweet and fun, written by Sam Hogin and fellow country star Gretchen Peters. The music video, meanwhile, gained some serious traction – directed by Sean Penn, it featured late actors Scott Plank and Charles Durning.

Love Gets Me Every Time

Here’s a fun track about falling in love, despite trying hard not to. It marked Twain’s longest reign on the Hot Country Songs chart, remaining at no.1 for five consecutive weeks. As the lead single from their second album together, it cemented the notion that Twain and Lange were a formidable force within the genre.

Don't Be Stupid (You Know I Love You)

This might not be one of Twain’s most notable hits, but it’s undoubtedly one of her catchiest. She embraces the Celtic traditions the genre is built upon in this fiddle-fuelled, upbeat number. Lyrically, it may be filled with back-handed compliments, but the sentiment of being in love remains the same. It got to no. 5 in the UK, making it her fifth single to break into the top 10 - further solidifying her global appeal. 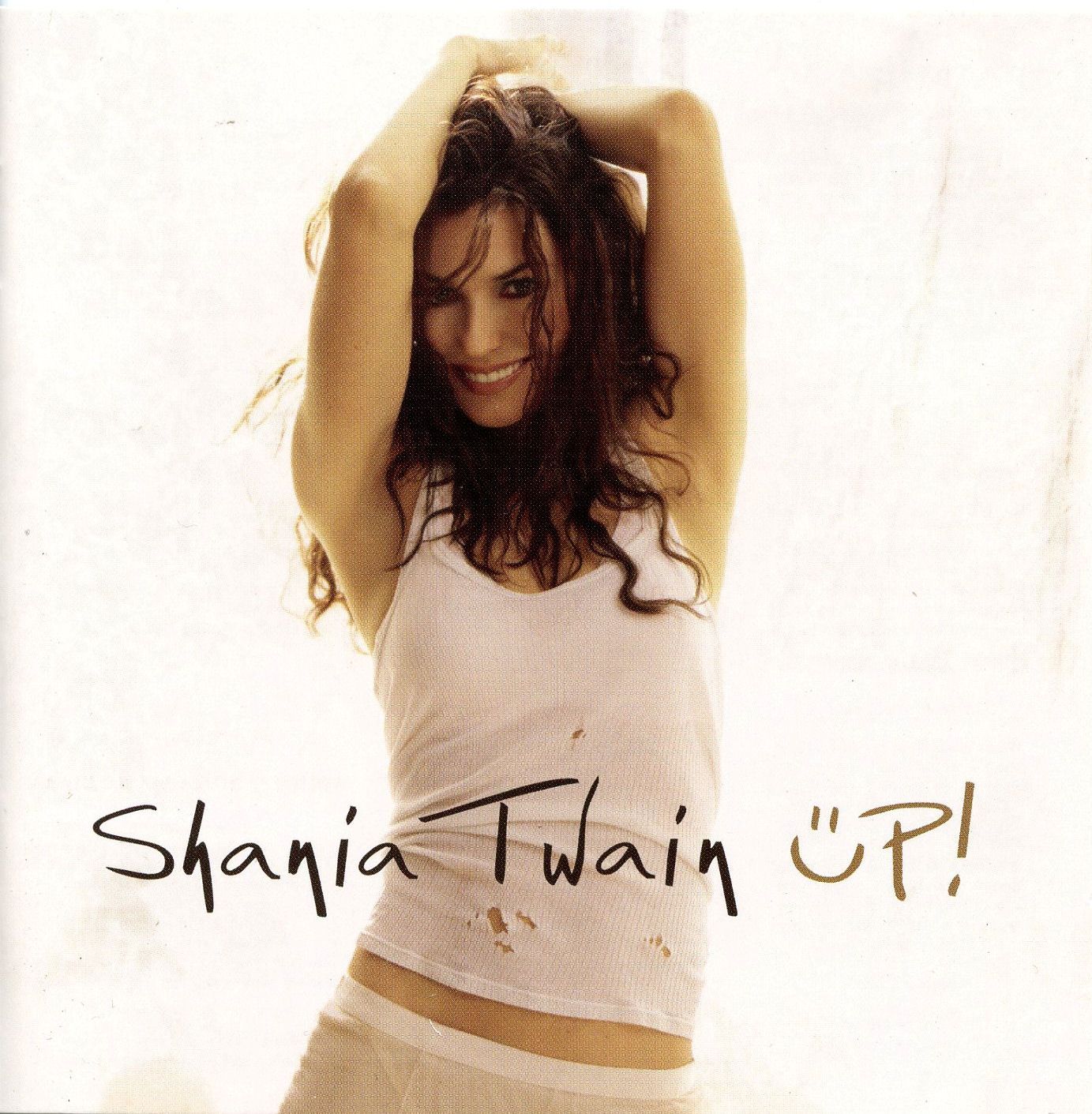 If only we could bottle up some of Twain’s ethos in this song. Her vocals are flawless in this life-loving, feel-good tune that chooses to focus on the positives of a situation; “I can only go up from here”. While it’s a fan favourite live, it never translated into chart success - peaking at no. 12 on the country charts. Nevertheless, it’s a tune that should be cranked up to full whenever you’re having a bad day.

Forever and For Always

This proved to be another international success for Twain, the song reaching the top 10 all over Europe while claiming the top spot on the Adult Contemporary charts in the States. Twain is great at these beautiful love ballads; her vocals just seem to come alive. The music video that accompanies it is endearing - shot in New Zealand, it portrays the relationship between two children playing on the beach, blossoming into young love as teenagers and eventually still being together as seniors.

This track took home the GRAMMY award for Best Country Song in 2000. It’s pretty singular - the calypso summer vibe aided by the accordion. Its unexpected key change after the first chorus also makes it that much more unique. 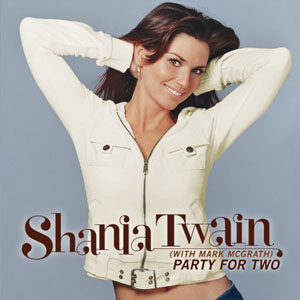 While Twain dominated the mid-90s with cross-over chart success across the world, the early 00s weren’t too bad for her either. Twain’s mainstream demand was notable by the number of remixes made of this song - a pop version featuring Mark McGrath and a version for club play were all crafted - but it’s the country version with Billy Currington that really prevails. The swoon of the pedal steel in the background allows the song to sit well within her artistic repertoire. 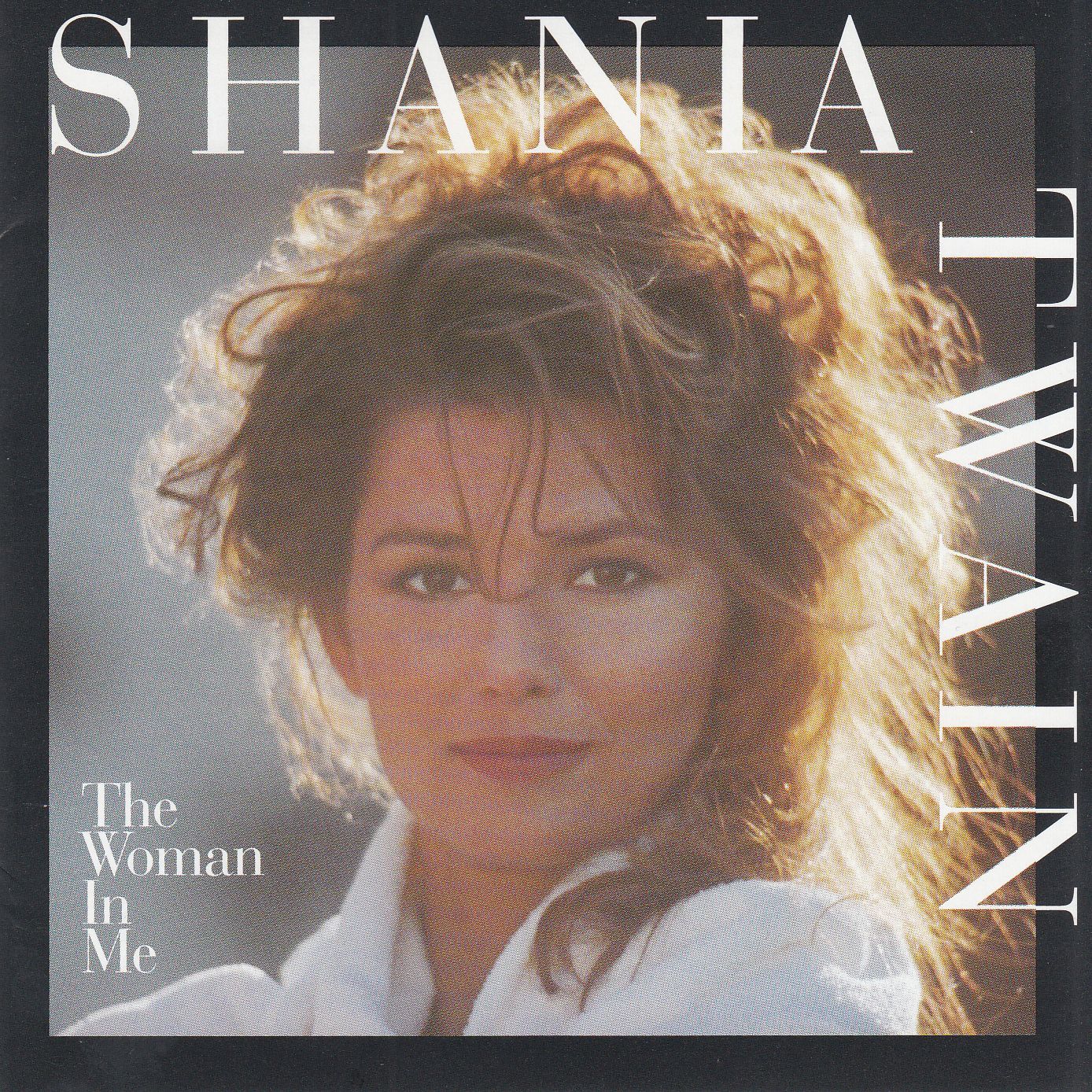 The Woman In Me (Needs The Man In You)

“I'm not always strong / And sometimes I'm even wrong”, Twain begins on 'The Woman In Me', letting her guard down for just a second to show her more vulnerable side, evoking something raw and human. The video, filmed in Egypt, has an interesting tale behind it. In order for the audio to still be in sync whilst maintaining the slow-motion shots, it was played at twice the speed for Twain to sing along to during filming.

No One Needs To Know

Found on the soundtrack to the film Twister, this song was Twain’s third consecutive no.1 on the country charts. It’s Bakersfield feel takes Twain a little further back to her roots than the other singles she was releasing around that time. It’s a bouncy, upbeat track that boasts simple, playful lyrics about dreams and aspirations; “I want bells to ring, a choir to sing /The white dress the guests the cake the car the whole darn thing /But no one needs to know right now”.

From This Moment On

While ‘You’re Still the One’ was a massive crossover hit, its follow up further proved that her appeal went far beyond the country music world. Twain's vocals soar from start to finish alongside a beautiful string arrangement.

Twain apparently began writing the song whilst at a football game in Italy; her mind wandered and she began to write while her husband was engrossed in the game. She thought initially of pitching it to Celine Dion - but upon concluding that it would work best as a duet, she decided to record it herself with fellow country singer Bryan White.

Whose Bed Have Your Boots Been Under?

When people talk about the good old days of 90s country - with that sort of reminiscent twinkle in their eye - it’s songs like this that they are thinking of. 'Whose Bed Have Your Boots Been Under' is littered with clever wordplay and glorious harmonies, all backed by big production and a classic country fiddle. It was the first single Twain co-wrote with ‘Mutt’ Lange and her first to be certified Gold.

Any Man Of Mine

This was Twain’s first no.1 hit at country radio upon its release back in 1995. Straight off the bat, Twain proves why she was one of the best vocalists of the 90s, as she belts out a chorus with that slight twang in her voice. While the pedal steel brought the chorus to life and the production is still firmly rooted in country, it was songs such as this that began to pave the way for Twain’s cross-over success.

That Don't Impress Me Much

Twain has a cheeky playfulness into her voice as she meanders her way through potential suitors with each passing verse, a sassiness to each pay-off line; “Okay, so you're a rocket scientist /That don't impress me much”. Melodically, it’s one of Twain’s catchiest songs - sitting her firmly within the pop realm. It broke into the top 10 in 16 different countries, making it a global sensation.

You're Still The One

As criticism of Twain and Lang’s relationship began to build in the mid-90s, the pair set about putting the record straight with this song. “They said, ‘I bet they'll never make it’ / But just look at us holding on / We’re still together, still going strong”. It went on to become Twain’s most successful crossover hit, spending nine weeks at no.2 on the Billboard Hot 100 and topping the country chart. The song was also nominated for four GRAMMY’s, taking home two whilst being beaten to the other two by Celine Dion’s ‘My Heart Will Go On’.

This GRAMMY award-winning song about female empowerment is often regarded as Twain’s signature tune, and what a tune it is. It’s the kind of song that has you rushing over to the dance floor at the disco - the ultimate country-pop hit, it charted all over Europe, Australia, Canada and the States. The compelling track, which Twain began writing for herself as a message of encouragement, became a relatable song for half the population of the world, propelling it to anthem status and inspiring the 90s revival we are experiencing today.