Luke Combs Wins Entertainer of the Year at CMA Awards 2022

Country superstar Luke Combs took home the coveted Entertainer of the Year award at the 2022 56th Annual CMA Awards - continuing his reign for the second year in a row.

"Oh my goodness. I never, ever know what to say", he said as he accepted the award. "I want to thank country music for making my dreams come true, my beautiful, beautiful wife Nicole, our beautiful four-and-a-half-month-old son Tex at home right now. This is a dream come true."

Combs was the biggest winner at the 2022 CMA Awards, also securing two wins as an artist and producer in the Album of the Year category for his Growin' Up record, released earlier this year. 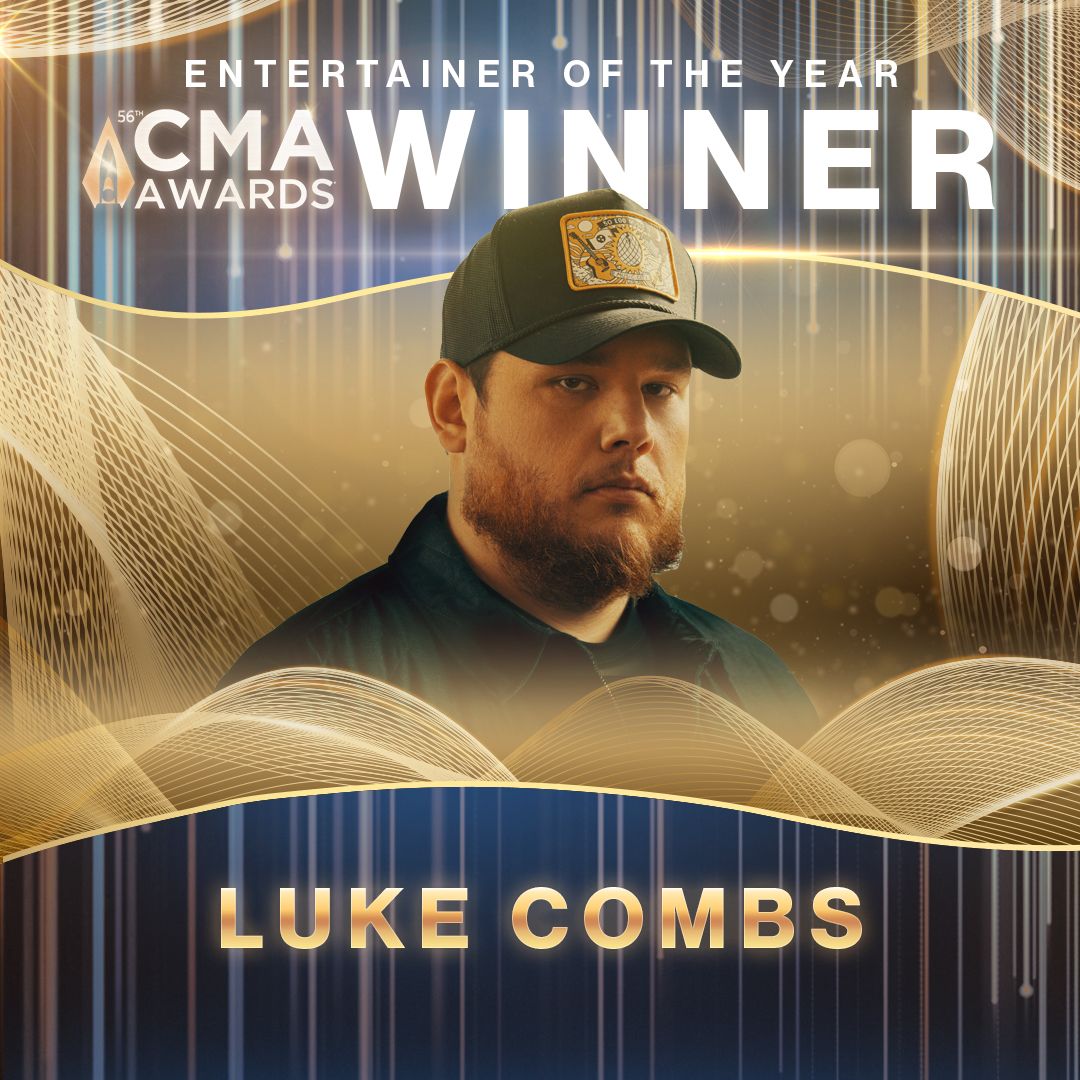 Combs' win now marks an 11-year stretch of all-male winners of the most prestigious CMA Award. Taylor Swift was the last woman to win the award, back in 2011.

The 56th Annual CMA Awards were hosted by Luke Bryan and Peyton Manning live from the Bridgestone Arena in Nashville on Wednesday, November 10th on ABC. Combs performed his hit 'The Kind of Love We Make' at the event.