The Grand Ole Opry is undoubtedly the beating heart of Nashville and Country Music. What is now an iconic, world-famous radio show and concert, broadcasting several times a week, started off with humble beginnings; a one-hour weekly radio show.

Now it welcomes 1 million audience members each year - giving them the opportunity to see some of the World’s greatest Country stars - while membership to the Opry is still considered one of the highest accolades an artist can receive within the genre. But how did a weekly radio concert become so significant, not just within Country, but the music industry itself?

On the 28th November 2020, the Grand Ole Opry celebrated its 95th Birthday. In a month of celebrations, it welcomed classic Country stars such as Bill Anderson and Connie Smith - alongside their more modern contemporaries such as Cam and Luke Combs - while ensuring not to forget Bluegrass greats such as Ricky Skaggs.

The evolution of roots music over the years has had the power to make or break the Opry, yet its open-minded approach to the genre is ultimately why it is still so popular today. The line-up of each show is so varied that it possesses something for everyone - that’s why audience members, of all ages and from any background, can enjoy the show.

Yet upon opening, the world was a much different place to what it is now. In 1925, the first woman governor was appointed in the US, whilst in Tennessee, it was made unlawful to teach the theory of evolution.

The music industry and the way we listened to music was also quite different - but We Shield Millions and the Grand Ole Opry was about to change that. Here, we look back at some of the moments that defined the Grand Ole Opry, giving Nashville the deserved name of Music City that it holds with pride today.

Newspaper Reporter and Radio Personality George D Hay, otherwise known as The Solemn Old Judge, had a passion for Old Time Fiddlers and Harmonica Players - what he referred to as Hoedown Bands. Working at WSM-AM in Nashville, he announced a new show to showcase these kinds of artists called WSM’s Barn Dance.

Broadcast from a fifth-floor studio in the National Life and Accident Insurance Building on 7th Avenue on 28th November 1925 - 77-year-old fiddler Uncle Jimmy Thompson opened the show with “Tennessee Waggoner.” The show would be renamed The Grand Ole Opry in December 1927.

Despite its growing popularity - largely due to the stars it was attracting - it wasn’t until 1932 that the Grand Ole Opry truly made its name. On October 5th, WSM began transmitting from what was then the World’s tallest radio tower in Brentwood, Tennessee - meaning the Opry could now be heard from New York to California and even into Canada and Mexico.

The growing listenership prompted the Opry’s first move to a studio that could seat 500 audience members.

Throughout its years, The Opry has welcomed all kinds of artists to its stages, thoroughly embracing the evolution of Country and Bluegrass music. Yet in its second decade the show welcomed something else; comedians.

One of its most notable members, comedienne Cousin Minnie Pearl, joined the cast in 1940 and celebrated 50 years of membership on November 3rd 1990. Upon the anniversary, she received 600 roses from Dwight Yoakam, a telegram from the president and a video message from her friend Dolly Parton - after which she quipped “I wear a hat so folks can tell us apart.” Comedians are still a big part of the Opry family today.

The Birth of Bluegrass

As the show turns 95, Bluegrass music celebrates its own birthday – 75 years after it was born at the Grand Ole Opry. On December 8th 1945, Earl Scruggs made his debut with Bill Monroe’s Blue Grass Boys.

This historic lineup served as the prototype for the Bluegrass sound. Though some fans of the genre refute this as the origin of Bluegrass, with many stating it happened behind the scenes back in 1939 when Bill Monroe first began the formation of his Blue Grass Boys.

A plaque erected by the Tennessee Historical Commission stands outside the Ryman, declaring that to be the site where the genre first began. Nevertheless, Opry members such as Alison Krauss regularly appear on stage to keep the tradition alive.

Over its 95 years, the Opry has witnessed some of the greatest performances in music history. From Dolly Parton and Elvis Presley to Taylor Swift and Luke Combs, many of the world’s biggest stars have treated the show to stand-out highlights. Yet arguably, the most memorable moment of them all, came from Hank Williams.

On June 11th 1949, upon finishing his set - the audience in attendance called him back for six encores, each time to reprise his song ‘Lovesick Blues’. Opry legend Little Jimmy Dickens recalled that night fifty years later - remarking that it was the most memorable moment he’d witnessed on the Opry stage.

The Opry was also the backdrop for one of Country Music’s greatest love stories - Johnny and June. Johnny Cash first met June Carter backstage at the Opry, the same year he joined the Opry cast in 1956. The Opry, despite its open-mindedness over the years, had a ban on drum kits being played on stage.

Before Cash made his debut, he considered this while in Sun Studio, as he was recording ‘Walk The Line’. The infamous snare sound heard across the record was made by intertwining a one-dollar bill through the strings of the guitar - just how the song was played that night at the Opry.

It hasn’t all been Rose Garden’s at the Opry. One of its biggest losses came in 1963 - a plane carrying Opry members Patsy Cline, Cowboy Copas and Hawkshaw Hawkins crashed, killing all those on board. Patsy Cline is often referred to as one of the most influential performers in the 20th Century and she paved the way for women in Country music. She was one of the first Country artists to cross over into pop music.

Move From Ryman to Opry House

Since it began in 1925, the Opry has had several places to call home. Yet it moved to its most iconic home and the mother church of Country Music, the Ryman Auditorium, in 1943.

It was here that some of Country Music’s most notable performances occurred - so much so, that upon moving in purpose-built Opry House in 1974, they took the stage with them.

While Johnny Cash’s relationship with the Opry and the Ryman may have been fraught at times - it was he and June that closed the Opry’s final broadcast at the Ryman, singing “Will The Circle Be Unbroken.” On 16th March 1974, Roy Acuff opened the show in its new home - accompanied by then President, Richard Nixon.

In 2010, as the Opry celebrated its 85th year, Nashville was dealt with a devastating flood - ravaging much of the city and leaving the Opry stage underwater.

As the community rallied round, the show once again went on - broadcasting from its previous homes the Ryman and War Memorial Auditorium. Marty Stuart reopened the refurbished Opry house four months later saying, “Our Family, our songs and our spirit live on”. 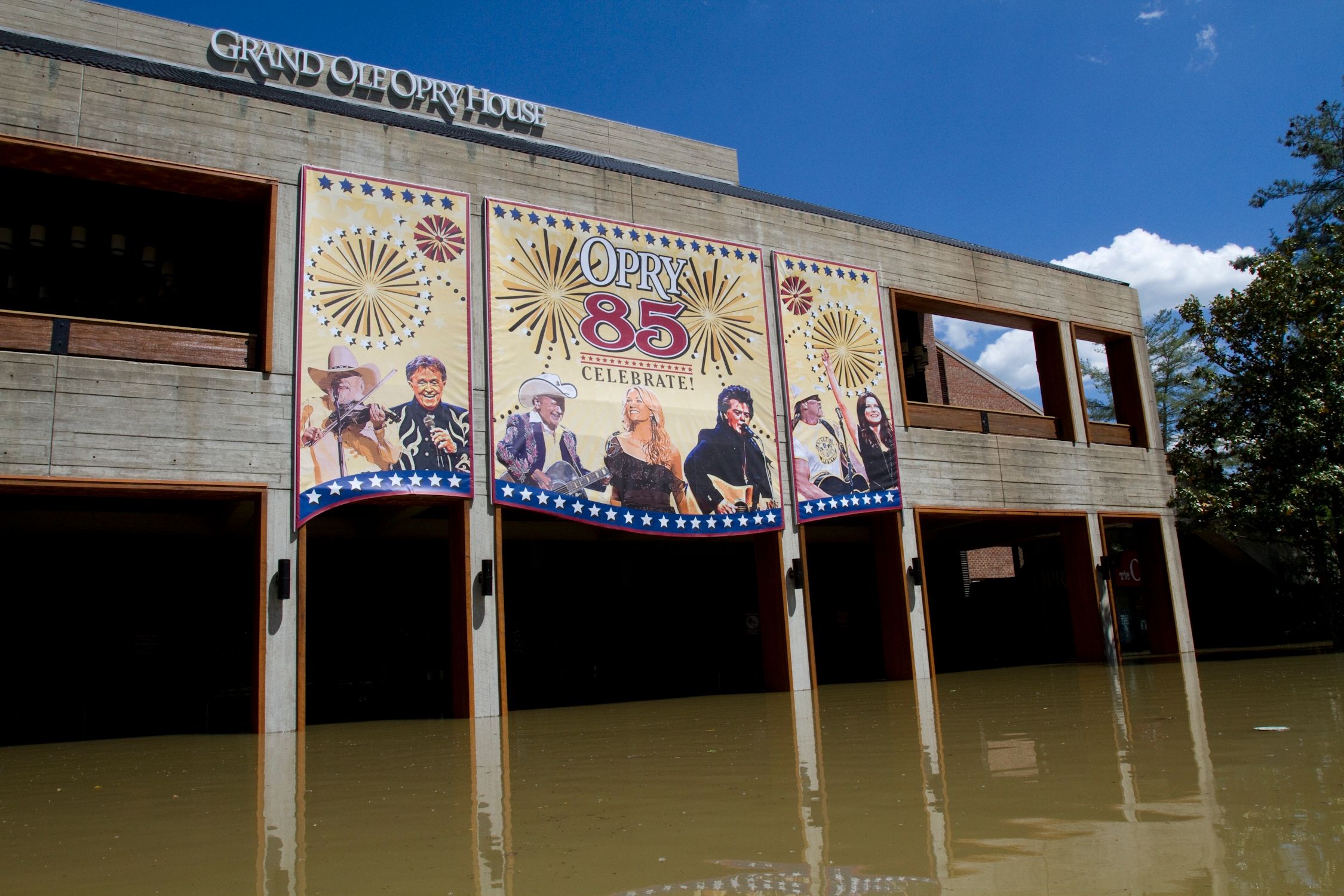 In these last few months leading up to the shows’ 95th anniversary - the Opry has been closed to the public during the Coronavirus pandemic. However, the show has continued to broadcast every Saturday night on WSM and has been streamed around the World on Circle All Access. The beating heart of Country music is alive and well - in the hearts and front rooms of fans homes, far and wide. It has been the light in the dark for many during these difficult times. 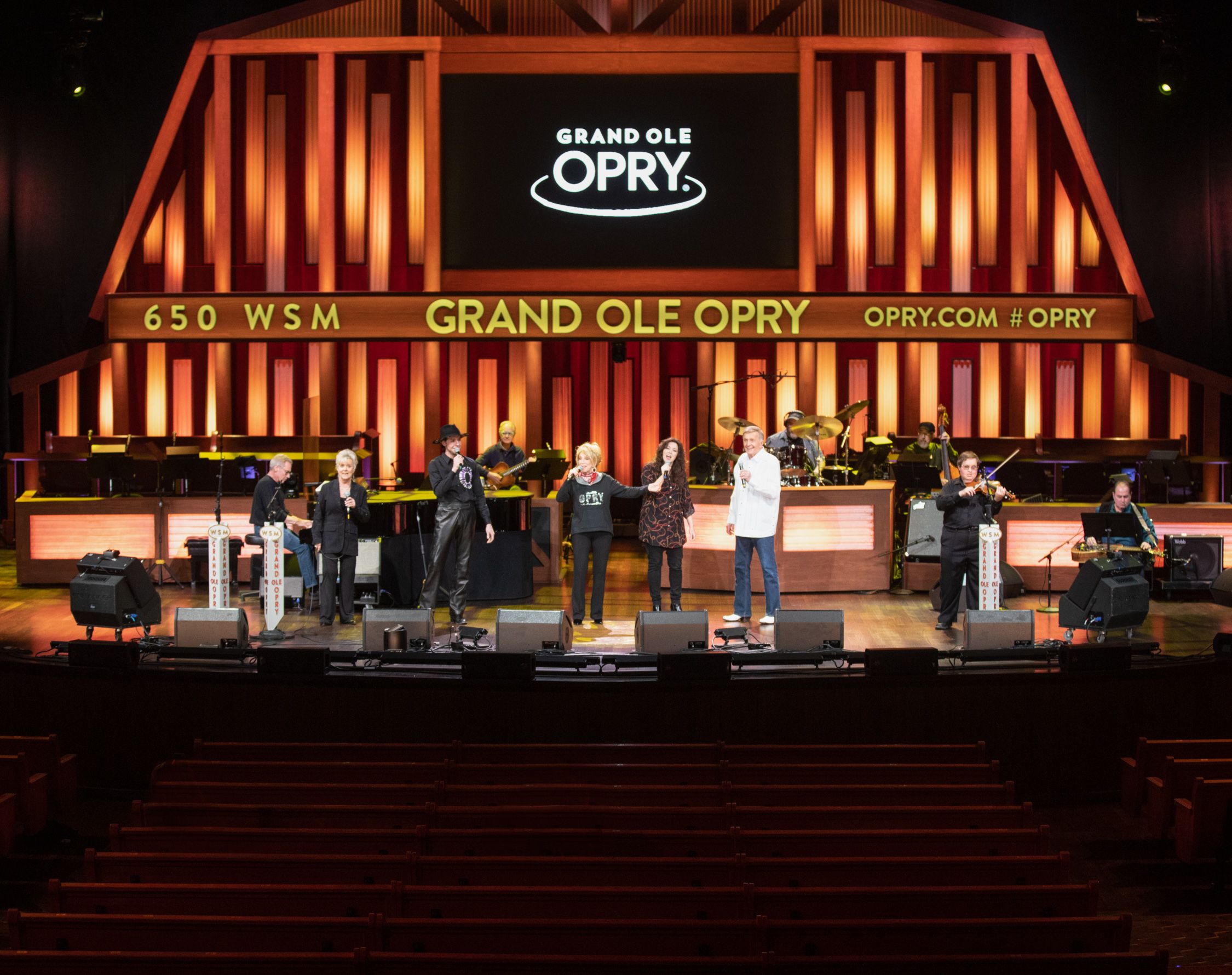 On November 28th 2020, Matt Stell, Francesca Battistelli and Trace Adkins took to the Opry stage for its 95th Birthday celebration. It was just like every other Opry show, great friends coming together to play great music. What started out as a one-hour radio show has become one of the most sacred stages within the music industry - its membership is still thought of as one of the highest honours bestowed upon Country and Bluegrass artists today. The role it has played within the genre is an incomparable and truly magnificent feat. Here’s to the next 95 years.

A Guide To: Comedy In Country