From rodeo cowboy to chart-topping country artist with more than 2 billion career streams and one of the best country albums of the last few years, Cody Johnson takes the kind of country music Garth Brooks built Planet Garth on and makes it feel uniquely his own.

With six self-released albums under his belt and two more for Warner Nashville, it felt like high time we picked our favourites from them.

So pop on a pearl snap shirt and crack open a cold one with Holler’s Best Songs of Cody Johnson playlist. 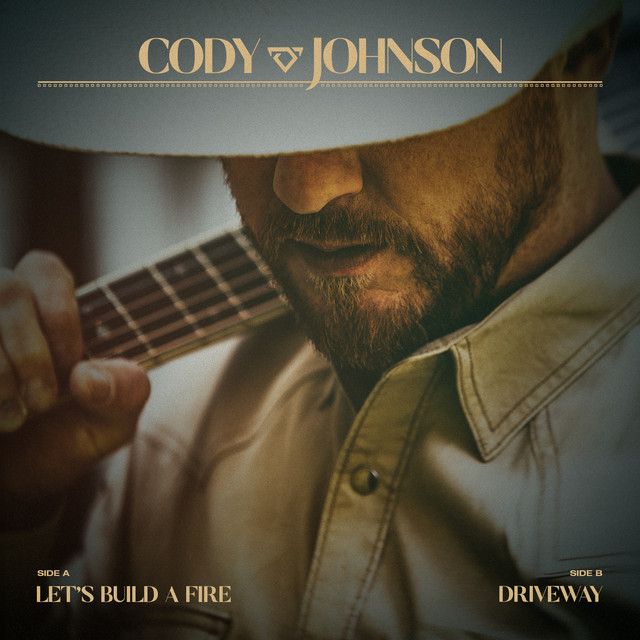 The leaves are turning golden, the temperature’s dropped and the nights are drawing in. Nothing like a nice big bonfire to get things going on a Friday night. Cody, of course, has to take it too far and starts throwing cups of diesel on it. Stand back everyone! Someone’s playing silly buggers. Fire safety: Everyday job. 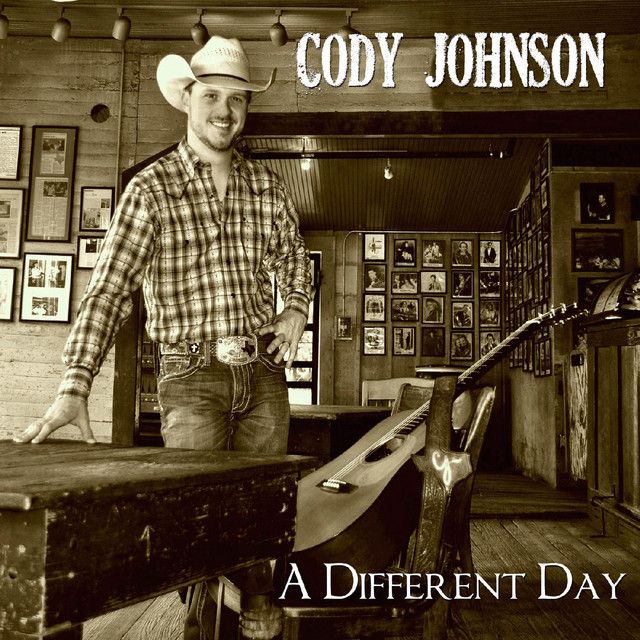 Diamond In My Pocket

It’s a big night! Cody’s going to pop the question. He’s got a ring in his pocket and he’s taking his baby on a midnight drive down to a-Kickapoo Creek with a choir of crickets and a coolbox of beers for some Dutch courage. I just hope she says yes.

Guilty As Can Be

Cody comes back home after a long hard day of being a cowboy only to find an unfamiliar truck in his drive. He finds his two children sitting in the living room and asks where their mum is. “In the bedroom, dad”, they reply. “Banging some random”.

He ends up going to jail for murdering the strange man he found with his wife, but he seems to be weirdly okay with that and no one learns any lessons from this cautionary tale. 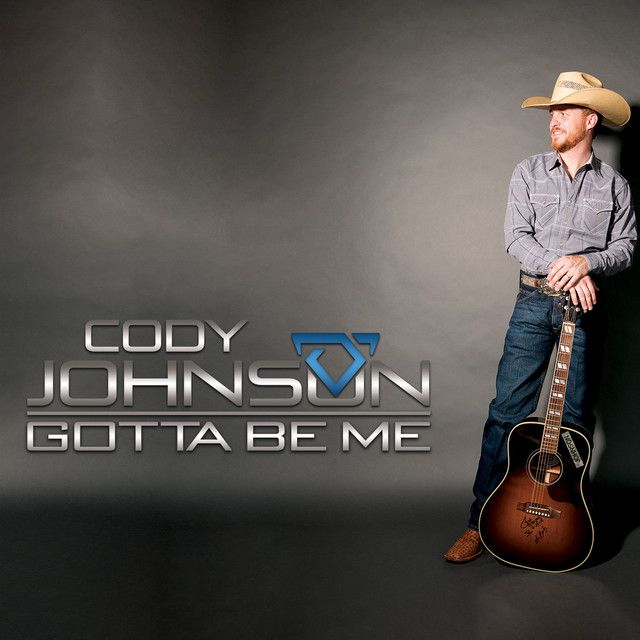 Cody’s sitting up at the bar watching the band when a hottie walks in and catches his eye. He offers her his barstool and immediately opens up a tab for her and starts plying her with drinks and asking her to dance. Reluctant at first, it only takes a couple of verses and a chorus to get her out onto the dancefloor with him and the high speed romance goes from there. 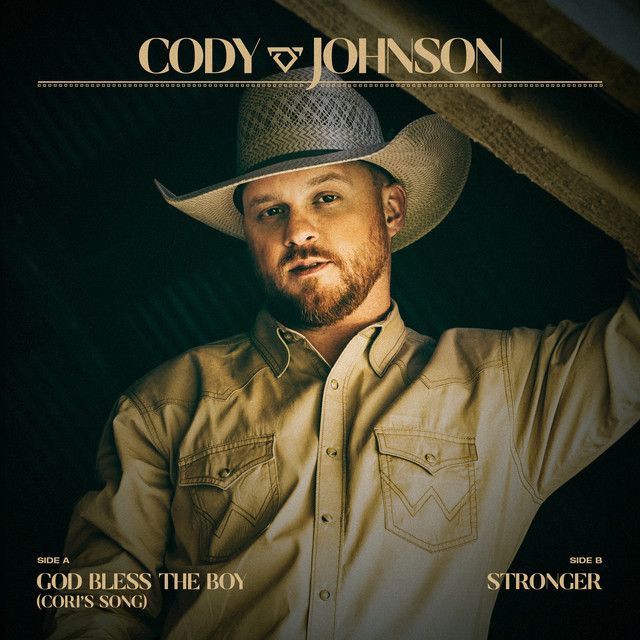 Cody makes some big heteronormative assumptions on this warning to any of his headstrong daughter’s future suitors. “She’s a handful, she’s a mess”, he sings , “digging in the dirt in her princess dress”. Assuming it’ll be a boy, he hopes that whoever it is his parents are bringing him up properly somewhere, teaching him how to fish and shake hands. Ready to be the perfect boyfriend. 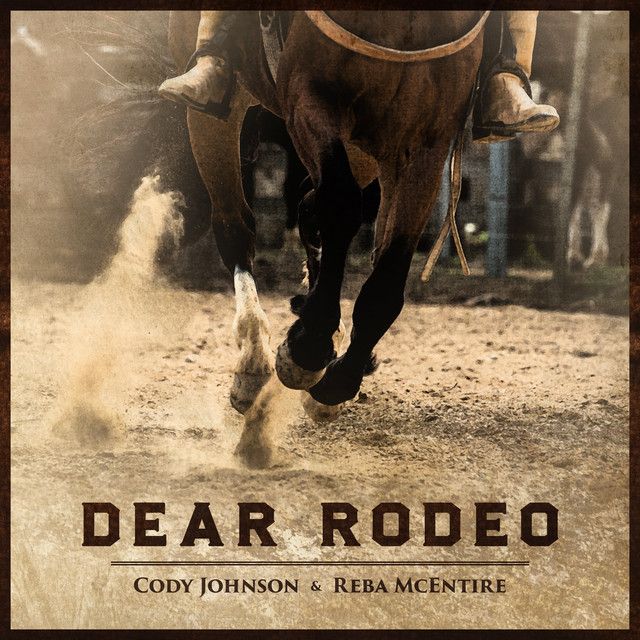 Cody’s love letter to the rodeo reminds us all that the lord moves in mysterious ways and even inspired a documentary of the same name for which this song was rerecorded with a little added Reba for extra poignancy.

With You I Am

In this heartfelt ballad off Gotta Be Me, Cody sings about how he’s always been a bit of a loser quite frankly; never been able to dance like Patrick Swayze or tell jokes. He never imagined in his life he’d be the kind of softy who’d settle down with someone and have a love swing in his backyard, but love does funny things to everyone and with the right woman, he can be whatever he wants. 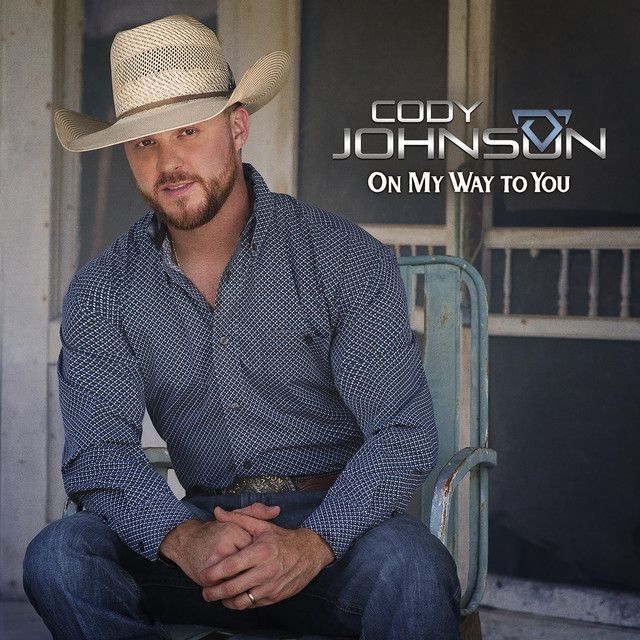 On My Way To You

Cody looks back on all the wrong turns taken and mistakes he’s made in his life and reflects on how they’ve all been things he did on his way to finding the woman of his dreams. “I thank God for that”, he sings, “I guess I always knew I was on my way to you”. 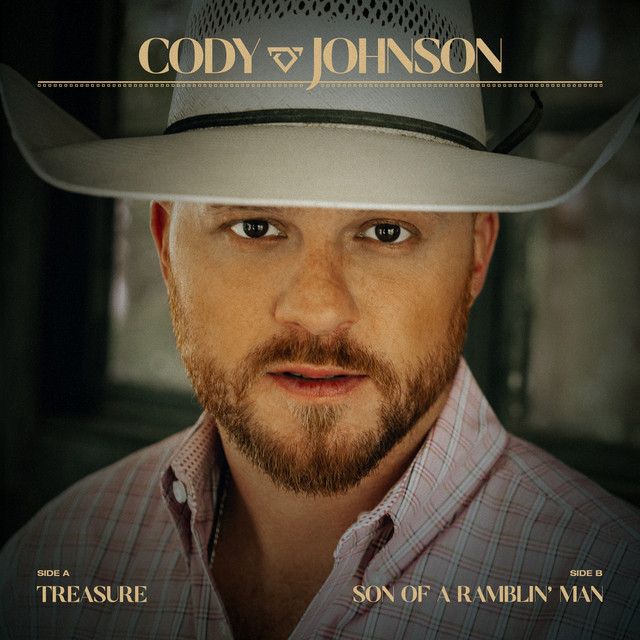 Son Of A Ramblin’ Man

The apple doesn’t fall far from the tree it seems. Turns out Cody’s old man was a bit of a “rounder” and he once told a young Cody that women would make him go blind. I think that’s age-related macular degeneration he was thinking of. Anyway, undeterred, Cody resolves to get out into the world and “try to love ‘em all” regardless. Just keep eating those carrots, Cody! 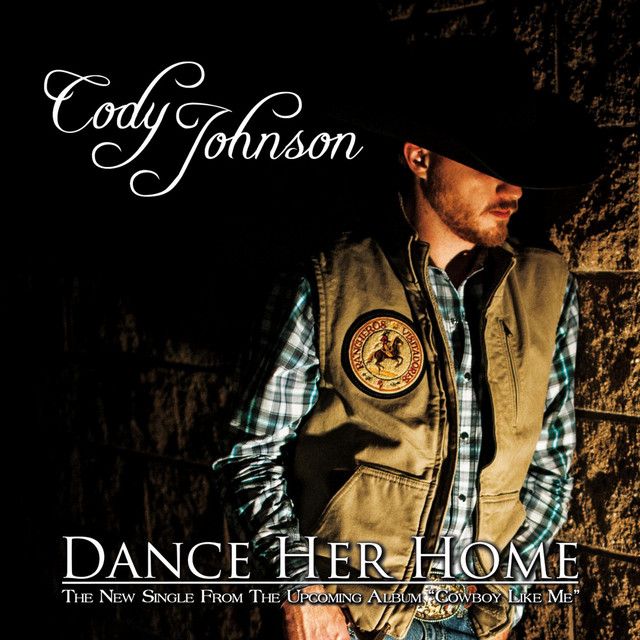 Despite having already self-released four albums, this still feels like where it all began with Cody’s first single proper in 2013. He’s huggin’ and kissin’ while her cotton dress is swishin’ in this lively party starter that ended up being the opening song on Cowboy Like Me. 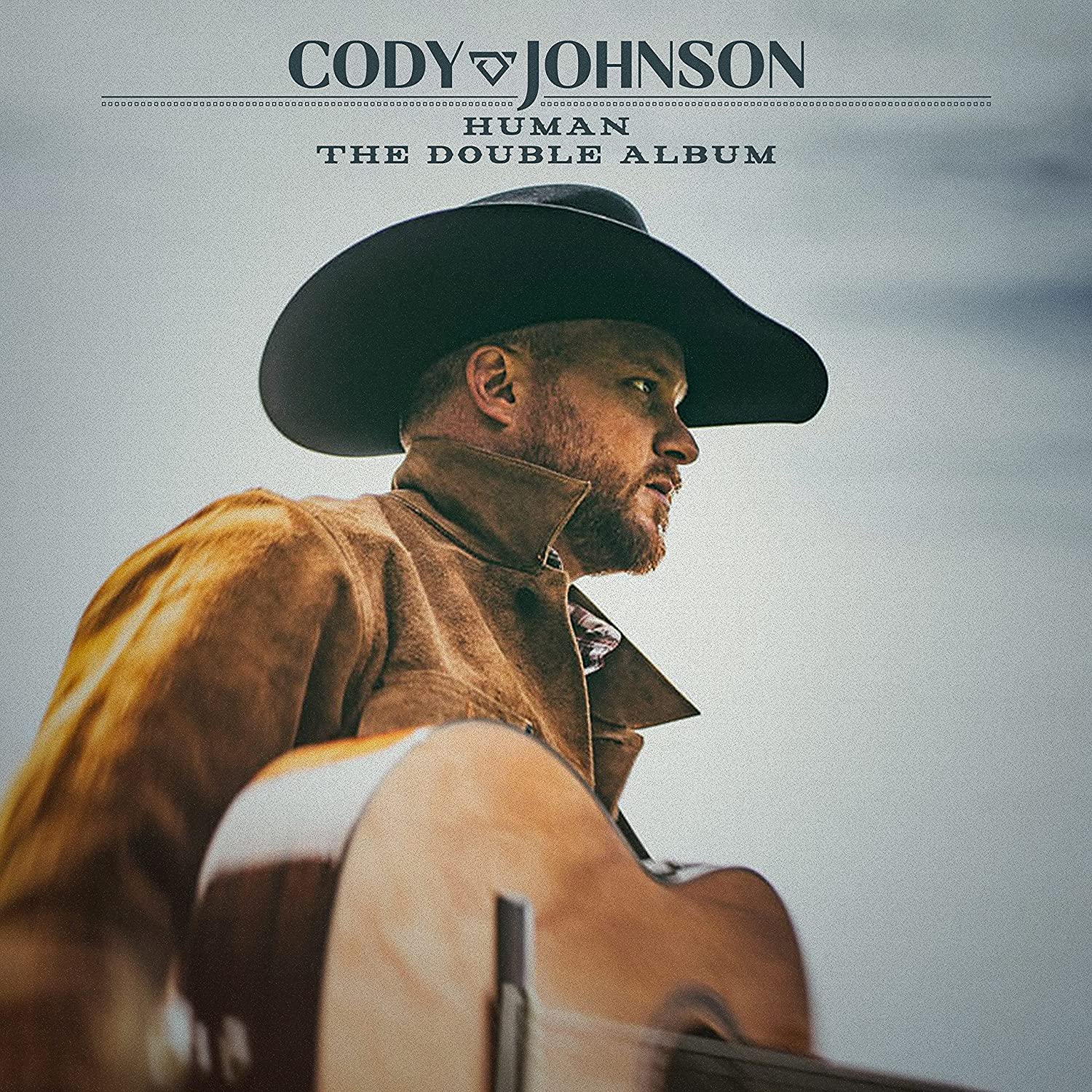 How do you imagine the afterlife? A giant white cloud with harp playing angels perhaps? Or maybe a swirling vortex of blinding light? Well, Cody Johnson imagines it would be exactly like walking up the driveway to his grandma’s house; a long wooden fence and a hickory tree and all his family gathered round. 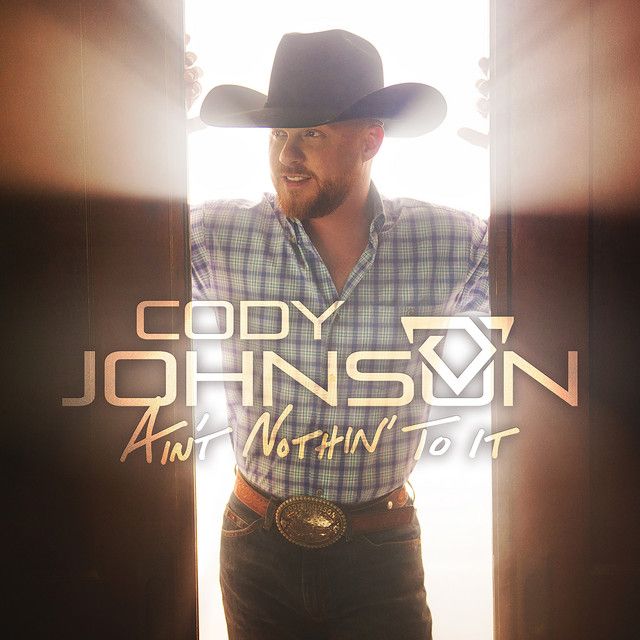 Ain’t Nothin’ To It

A father dispenses sage advice to his son as he prepares to pop the question. “Just try to quit smoking and reel back the drinking”, he tells him. “Don’t always tell her everything you’re thinking and dance her when she needs dancing”. The title track to Cody’s 2019 album is one of country’s most tender father-son songs. Shut up, no I’m not, you’re crying!

As soon as the album opener from Human The Double Album kicked in you knew you were dealing with a country singer at the very top of his game. It was like everything had fallen into place and all those years of working away at it were finally paying off. “I never planned on being nothing but a cowboy”, he sings, “but somewhere I picked up this old guitar”. Thank god he did. Sublime. 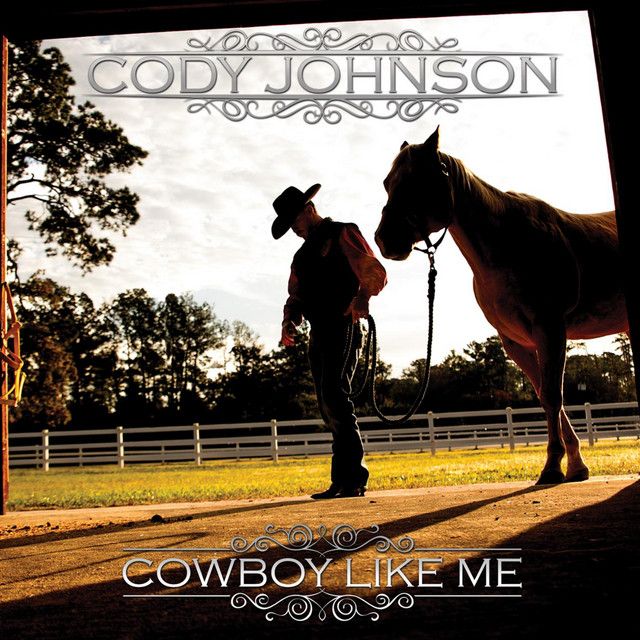 Me And My Kind

Oh great! Nice one, Cody! Ruin it for the rest of us why don’t you. Cody’s last break up was seemingly so acrimonious that she hasn’t even just put off dating him, she’s been put off dating anyone who is anything at all like him too. So anyone wearing a pearl snap shirt or a belt buckle or spurs. To be fair, I haven’t seen that many people out and about wearing spurs lately, so maybe it’s worth asking for her number in case.

Written by Ben Stennis and Matt Rogers, this CMA award winning song finds Cody encouraging listeners to make the most of every moment, reminding us not to wait to do things or say the things that matter until it's too late. “Take chances and go out and do the things”, he says. “Tell people you love them. Tell them you're sorry.”

It was immediately one of country music’s great anthems and it feels like we’ll be singing this one at the top of our voices in bars up and down the country for many years to come.

The Best Country Songs for Fall