Line dancing in the 90s was nothing without Brooks & Dunn blasting from the jukebox.

Their catalog, spanning 10 studio albums packed with decade-defining hits, is still guaranteed to make you move today. For every honky-tonk dance number, there’s an equal amount of tears-in-your-beers ballads to get you through any heartbreak.

Here's a pick of the iconic duo's best bits, as Holler sees it, in our list of 15 of the best Brooks & Dunn songs. 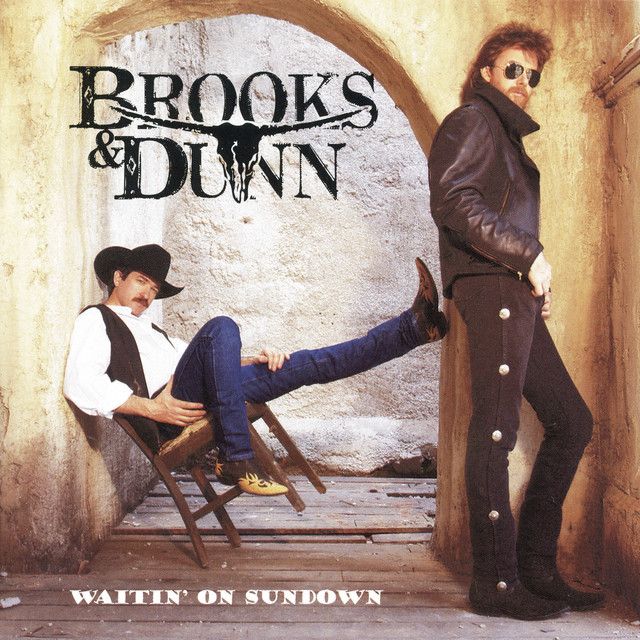 You're Gonna Miss Me When I'm Gone

In ‘You’re Gonna Miss me When I’m Gone,’ the narrator confronts their lover about how they’re treated, finally realizing their worth.

Only his third time leading a song, Ronnie Dunn unpacks every ounce of pain into his performance. “You’re good at going through the motions / And all I hear are alibis,” he cries.

Brooks & Dunn always know how to have a good time.

A cover of Asleep at the Wheel, the duo’s own ‘Boot Scootin’ Boogie’ climbed to the summit to become their fourth consecutive No. 1 hit.

If you’re looking to get your square dance on, this will surely scratch that itch.

Cheating on the Blues

Perched just before ‘Neon Moon’ on Brand New Man, ‘Cheating on the Blues’ unfortunately gets lost in the mix a lot.

The Chick Rains co-penned song is primed for the dance floor, featuring a groove sure to get your toes tappin’.

“We’ll have us a real good time!” the duo howl. 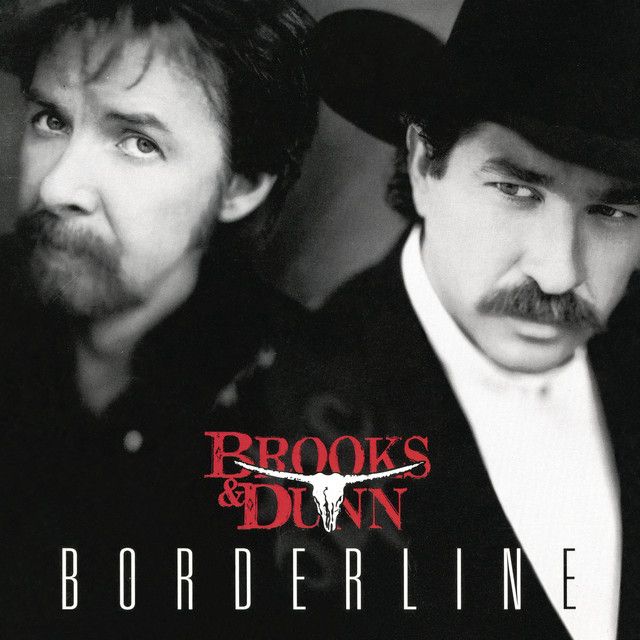 One Heartache at a Time

With ‘One Heartache at a Time,’ Brooks & Dunn pour out their pain from shimmering shot glasses.

“I've gotta wait 'til I've had a chance to drink her off my mind,” crows Dunn, fully admitting he’s stilll not over his ex.

He’s still reeling from a breakup when another heartbreaker waltzes right through the door.

A first album deep cut, ‘I’m No Good’ gives Kix Brooks a chance to show off his yodeling skills.

“I’m helpless when I’m tempted, and I’m headin’ straight for hell,” he warbles, scootin’ his boots around the floor.

Even now, it has all the makings of a smash hit. or at least what could have been.

‘My Maria,’ co-written by and first released in 1973 by B.W. Stevenson, became a chart-topping, Grammy-winning ode to love for country’s favorite duo.

Dunn caresses the melody with a provocative energy, delivering that notable falsetto line on the chorus; “My Maria, I love you,” he croons.

A Few Good Rides Away

‘A Few Good Rides Away’ closes the duo’s third album, Waitin’ on Sundown, on a deeply reflective note.

Fiddle cries delicately away in the background as Brooks tells the story of a man befriending a waitress at a truck stop.

“Just a few more plates of ham and eggs, and a few good rides away,” he sings.

“It's kinda like a lost and found in a border town,” muses Brooks. His heart trembles for a woman, as unpredictable as a tumbleweed on the Great Plains. His pain is palpable. 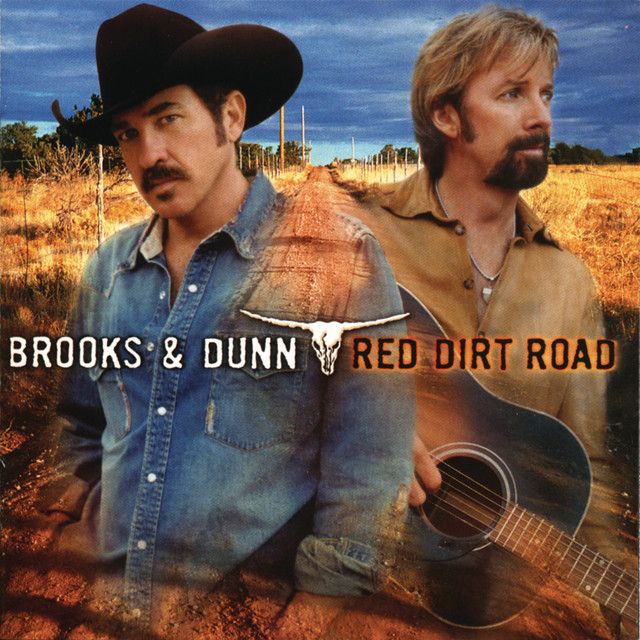 ‘Red Dirt Road’ is an anthem for small-town America. The title track from the duo’s 2003 album, this breezy tune recalls all those important moments in youth that define your life. 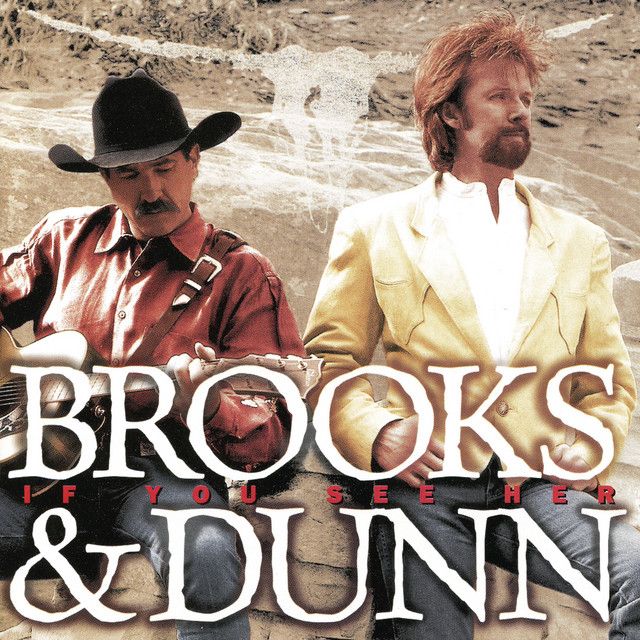 From 1998’s If You See Her, ‘How Long Gone’ laments a relationship’s severed ties and the shadows that remain.

“How am I supposed to make any plans when I still don't even understand?” Dunn pleads. Dripping with sorrow, the mid-tempo heartbreaker became yet another No. 1 hit later that year.

My Next Broken Heart

Love is a dangerous game, and Brooks & Dunn divvy up another round.

‘My Next Broken Heart,’ the second single from their first album, finds the duo working through their latest heartbreak by seeking out the very next one.

“Happy or sad, it's hard to tell / You taught me how to hurt so well,” Dunn admits. 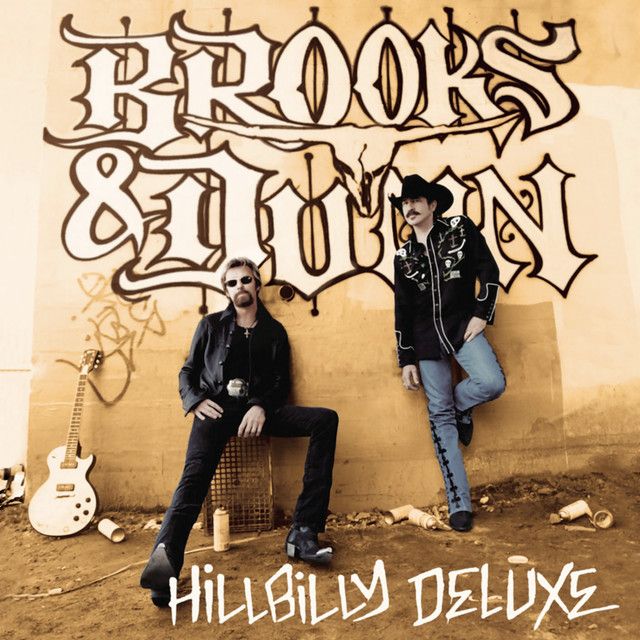 A CMA Single of the Year winner from 2005’s Hillbilly Deluxe, 'Believe' reflects upon an unlikely friendship between a young boy and an old man in the neighborhood 一 and the inevitability of death.

An organ trembles in the mix, giving ‘Believe’ a baptismal effect. “You can't tell me it all ends in a slow ride in a hearse,” rings the sharpest line. 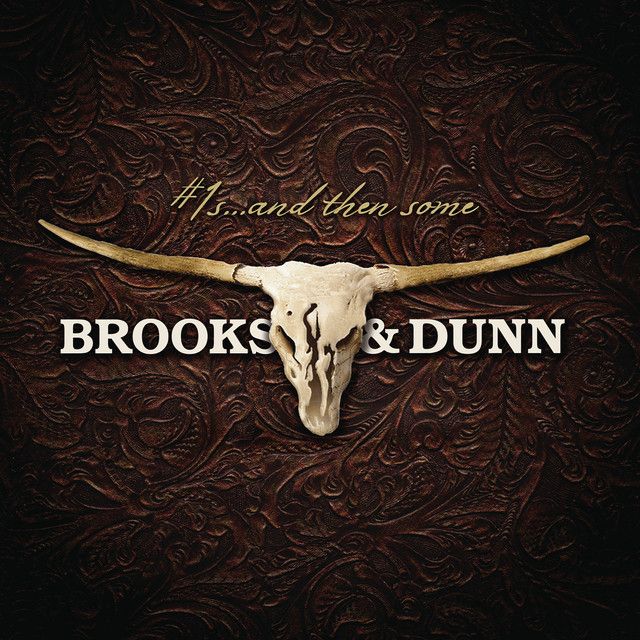 ‘Cowgirls Don’t Cry’ initially did not feature Reba. It was only after a duet on the 2008 CMA Awards that the Cowboy Town single was re-recorded and re-released, eventually becoming a Top 10 hit.

“Lessons in life are going to show you in time / Soon enough you’re gonna know why,” sings Dunn, as he hones in on the song’s central message.

‘I saw the light / I’ve been baptized / by the fire in your touch and the flame in your eyes,’ Dunn proclaims.

The honky-tonker served as the duo’s debut single and became their first chart-topper.

If you’re in a country song, broken hearts will always gather at the same place: the bar.

The duo’s 1992 hit ‘Neon Moon’ is a defining, tear-stained ode to heartbreak. "Now, if you lose your one and only / there's always room here for the lonely" aches Dunn.

Its unmistakable melody is enough to get those tears running.