As the pride of Chickasaw County, Mississippi, Bobbie Gentry (born Roberta Streeter, 1942) didn’t have a long career – her debut arrived in 1967 and by 1971 she had released her final album - but it turned out to be an influential one.

Although she moved to the West Coast early on to record, Gentry held on to her Southern roots in her music at their best; down home, country and swampy without any pretense. 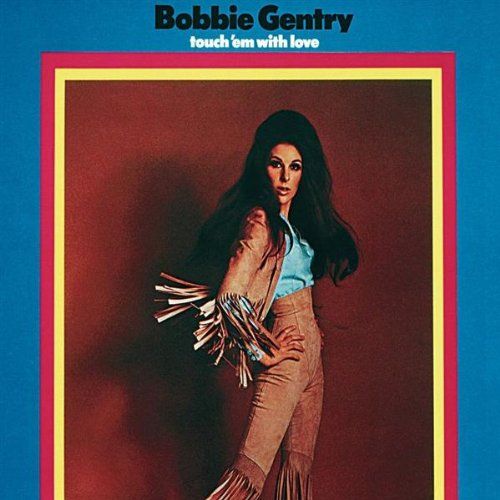 Son of a Preacher Man

This really should have been a hit for Gentry if only it hadn’t followed Dusty Springfield’s Top 10 version by less than a year.

Gentry’s upbringing in the implied area she sings about, along with her naturally husky voice, brings more credibility to the backwoods gal entranced by the sweet-talking charms of Billy Ray. 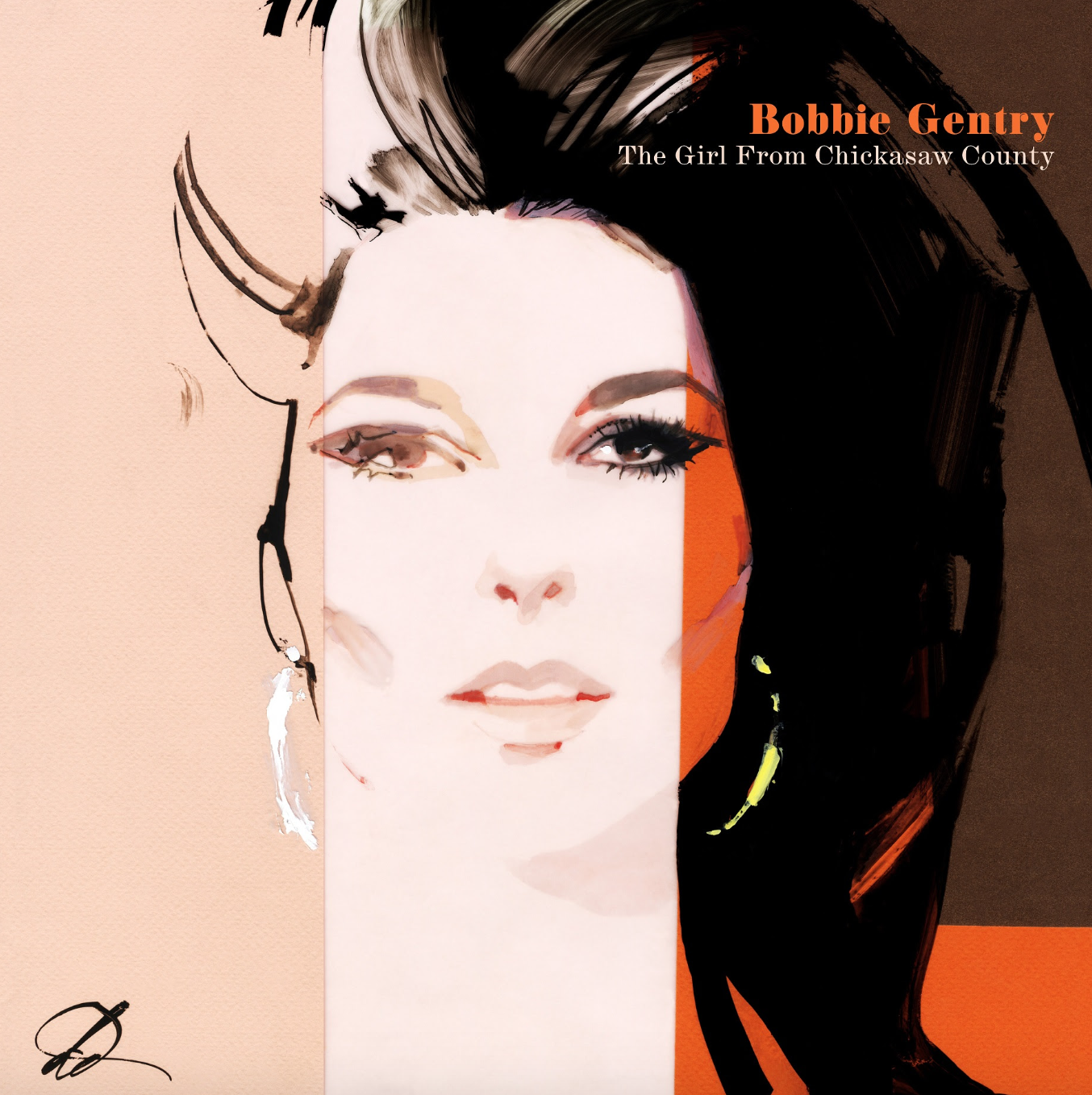 Gentry sinks her deep, mellifluous voice into this Billie Holiday classic, a rarity that recently surfaced on various editions of The Girl from Chickasaw County career recap.

Her unadorned guitar kicks it off, a spare standup bass joins in and that bare-bones instrumentation remains throughout, making this a sumptuous, stark reading that sounds as if she is in the room with you.

This funky soul gem was the title track from Gentry’s 1969 album, arguably her finest overall set. It’s tough, greasy and exactly what she should have been doing for the rest of her career, one that often slid into slick Vegas-styled covers. 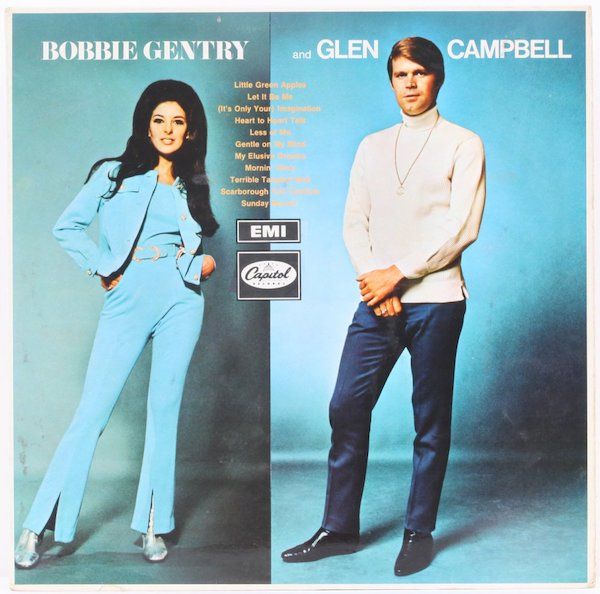 Gentle on my Mind

Campbell had a solo hit with this tune, reviving it for his 1968 collaborative album with Gentry. Each takes a verse, then both join for the chorus.

Even if the strings get a little intrusive, Gentry’s natural country inflections are perfect for a tune that feels as if the two singers are sitting around trading licks on their back porch.

Gentry turns this frisky, Bo Diddley-beat-styled children’s song upside down as a track from her classic 1968 Delta Sweete concept album.

Starting with just handclaps, she swings into a rhythmic twister spitting out the words of “Mama, can I? Huh? Mama, can I? Huh, huh?
Mama, won’t you please let me, Mama, Mama? Can I? Huh?” as if she were a youngster hopped up on speed.

Although some of her later Vegas-inspired productions wouldn’t indicate it, Gentry was influenced by the blues, as this cover of Mose Allison’s edgy tale of prisoners in the titular jail exhibits.

She leads with guitar chords as low-key horns and creepy closing strings emphasize the darkness. Gentry’s dusky voice does the rest. Based on this performance she could have released an entire blues album.

Leon Russell wrote this corker (as ‘Delta Lady’) that Joe Cocker later took to the bank, but not before Gentry tore into it by switching the gender, featuring on Fancy. She latched onto the tune early, before it appeared a few months later on Russell’s 1970 debut.

“All them city men don't do nothin' to me”, she coos, as if she has had plenty of experience in such matters.

It takes less than three minutes for Gentry to deliver a detailed description of growing up on this autobiographical slice of life.

The second single pulled from The Delta Sweete didn’t fare any better than the first. Still, this song describes a poverty-stricken life sung by the daughter of the titular character.

It has the lazy lope of swamp music, although Gentry ramps it up a few notches as she details the story of an average day for a guy trying to make a living in the backwoods of Louisiana, while his daughter just wants to see the cowboy and Indians carnival show.

Another terrific track from Gentry’s almost forgotten classic album The Delta Sweete is its lead off tune.

Just the wordless opening of “oh-la-la-la-la, hey-hey-hey” as Gentry strums along will pull you into the tale of community residents trying out for the local musical group.

An old man laughing and horns add texture to this relaxed tale that seems ripped from the pages of the singer’s journal.

Until Gentry took a crack at this bluesy rocker, it had been mostly recorded by men; everyone from The Osmonds to Dobie Grey and most recently Anderson East.

But Bobbie turns the protagonist into a woman which, twists the tune to a story of female empowerment in love and life. The arrangement is a little busy, but she kills it nonetheless.

He Made a Woman Out of Me

This sexed-up strutter gets Gentry going all blue-eyed Southern soul, something that clicks with her natural twang as she sings in the voice of the protagonist who loses her virginity at the age of 16.

That guy leaves her, and she promises never to get hurt again. Unapologetically tough and real.

The tough, blues-rocking first single Gentry released for the Capitol label in 1967 is also the lead-off track from her debut album. But it was quickly forgotten, as radio DJs flipped the platter over and starting playing its B side, ‘Ode to Billy Joe’.

It’s too bad, since the tune shows how sexy she could get by simply spelling out “Mississippi” letter by letter on a self-composed song that remains one of her rawest performances on record.

The title track to Gentry’s sixth and penultimate album tells the self-composed story of a poor family's mother advising her beautiful 18-year-old daughter, named Fancy, to do what needs to be done (i.e. - become a high priced hooker) to bring money into the home.

That may sound like a downer, but the singer owns her newfound sexuality (Gentry considered it her strongest statement for women’s lib) and is satisfied she made her mother proud.

It was the second highest charting song of her career, but Reba McEntire took it to country’s Top 10 in 1991, ensuring the song’s lasting legacy.

Gentry’s first and biggest hit from 1967 is a timeless song with a uniquely homespun quality that never feels dated.

The story of Billie Joe McAllister throwing something off the Tallahatchie Bridge might have initially caused speculation as to what was going on, but the tune is more about the lack of communication between members of the singer’s family and their “indifference to his suicide”, as she has explained.

Considering the dark nature of the story, its mosquito buzzing, swampy melody sets a tone that’s hypnotic and entrancing. It was later made into a movie.

Listen and subscribe to Holler's The Best Bobbie Gentry Songs playlist below: