Put this record on and turn the volume up, this is our one chance to not let Gentry down any further. 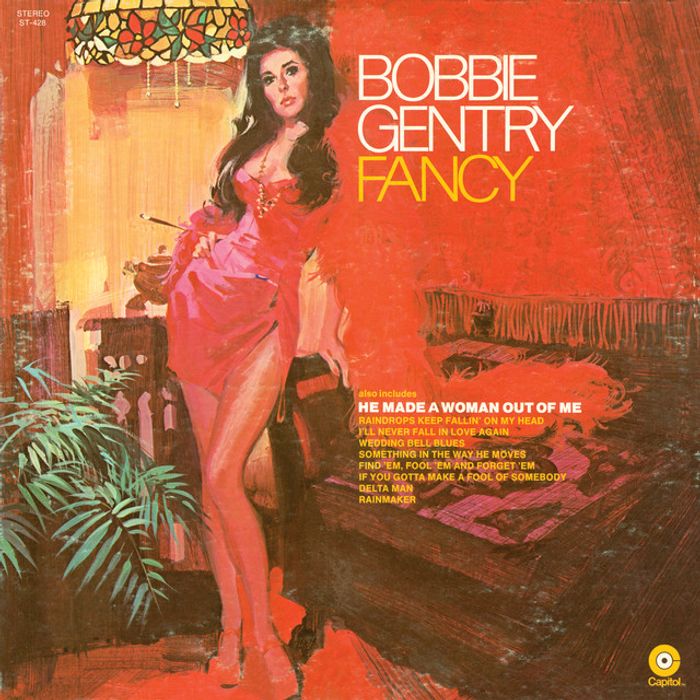 Typing “Bobbie Gentry” into any search engine will reveal several societal points of interest. The length of her legs, her homecoming queen looks, conjecture about whether she did or didn’t produce her work and the most popular assertions regarding her self-imposed disappearance from the music industry over 40 years ago.

Through reasonable reflection, the questions surrounding the latter point could possibly be answered by focusing on the previous. The music industry at the time was built to treat women as products, confined to steel-framed boxes. Female artists were urged to sing a song, embody the style of the times, and never, ever, attempt to gain control. Those that pushed to do so suffered the consequences of the misogynistic machine.

While the industry is now glacially changing, we still impose ruthless questioning on choices made by female artists that don't fit the mold of our entitled expectations. Instead of appreciating the scope of their work, we ask questions like: why would Gentry leave her career in music? I would dare to ponder: why is it our business? Further, why do we question a woman’s ability to choose the destiny of the empire that she built herself brick by Delta brick?

Gentry’s 1970 album Fancy orbits itself around the trials of female decision making - in life, love and that darn pursuit of happiness. From vying to never love again to choosing Fancy’s one chance, Gentry’s superb artistic control is focused on reframing the conversation about modern womanhood. She’s mostly successful here due to her vocal ability to weave a story, fresh interpretations of cover material and throwing her soul into developing a consistently accessible Bayou blues sound.

From the first line of the now legendary title track, it is evident to any doubter that Gentry is a one-of-a-kind talent whose superpower is to envision underrepresented stories in three minutes or less. Gentry’s tale would decades later become Reba’s, and can without question be documented as one of the greatest country songs ever written. This song could have easily been released it as a single, after which Gentry could've hung up her guitar, satisfied by a job well done. Yet, she chose to push further in exploring Fancy’s journey – offering some insights into her own life within the very industry that couldn’t help but doubt her every step.

Her cover of ‘I’ll Never Fall In Love Again' provides a whimsical, almost reflective breather; Gentry’s soft rasp offering more conviction than any kind of desperation for love. This edge is emboldened with full horns and a backing choir on the smoky, backwoods ‘Delta Man’, where Gentry’s upper register practically caresses the listener through the speaker.

Gentry owns George Jackson’s classic ‘Find ‘Em, Fool 'Em, and Forget ‘Em’ by slyly subverting the narrator's gender and delivering guttural howls for the wronged until she stretches into its final note. Yet the album standout is a raw, wild interpretation of Betty LaVette’s superb and delightfully controversial ‘He Made A Woman Out of Me’, where, mid-recording, Gentry seems to realize and accept the type of vocalist she was meant to be. A fearless, truth-telling one.

Most of the album finds her confidently tackling these often-overlooked spaces of womanhood, even when slightly weighed down by the fine yet unmemorable covers of ‘Something in the Way He Moves’ and ‘If You Gotta Make a Fool of Somebody’. The odd ‘Raindrops Keep Fallin’ On My Head’ likely should have been scrapped altogether though; while Gentry could sing a page out of any songbook placed in front of her, it doesn’t mean that she was meant to do so.

Of all the songwriting credits on the album, Gentry is one of only two female songwriters credited – both for the one singular hit to come from the album. It was a hit that eventually made Gentry a multi-millionaire. A hit that cemented another singular talent on the map of superstardom. A hit that is still played on country stations regularly today. A hit and an album that led to her next venture, the iconic and insanely under-appreciated Patchwork. Perhaps all of this is an example that a woman should actually be left to do a man’s supposed work.

Yes, this article isn’t a space to reflect on Patchwork. It’s perhaps not even a moment to do a deep dive into feminism and the evolution of women’s liberation. Yet you haven’t read this far for the author to completely abandon ship, and to not speak about any of this would be to not speak at all of Bobbie Gentry herself.

This piece isn’t just about Fancy and an intense appreciation for the artistic risks that were taken with this album. This is about a woman - a business savant, creator, DIYer before there was DIYing and dedicated artist - who was first and foremost an evolving experimenter. It’s all made evident by the journey documented throughout this album.

Instead of focusing on Gentry’s physical attributes or questioning her reasoning behind leaving the industry - find pride in her convictions for paving her own way, not just for the title character of this album, but for all female artists who seek to push through societal and industry limitations.

Put this record on and turn the volume up, this is our one chance to not let Gentry down any further.