A new year calls for new music, and if this list is anything to go by, 2023 is going to be huge for the budding stars of country, Americana and roots.

Whether they're the arena headliners, revered poet-lyricists or scene shapers of tomorrow, these 23 artists (listed alphabetically) are the Holler editorial team's pick for 2023.

Adeem first caught our attention with their sweet blend of angsty Bright Eyes-esque Americana and wide-eyed Appalachia on their early self-released EPs; a reputation that was built upon with their debut album Cast Iron Pansexual when it came out in 2021.

But it was with 2022’s White Trash Revelry that they truly exploded into our hearts! Scoring a near-perfect 9.5 in our review, it came too late for our end of year polls, but makes it in plenty of time to be tipped as a piping hot prediction for 2023. - Jof Owen

On repeat: ‘Heritage of Arrogance’

For fans of: Bruce Springsteen, The Hold Steady, The Gaslight Anthem

When a new country artist pursues a pop-leaning sound, it often opens them up to an array of traditionalist gripes and jibes. Springsteen, however, is welding country and pop in a way that feels fresh and original.

Her recent History of Breaking Up (Part Two) showcased the variegated shades and sonic textures that Springsteen is drawing on, while still weaving it all together into one cohesive voice. - Maxim Mower

It’s hard to listen to Allie Colleen and not look out for echoes of her superstar father, Garth Brooks. Despite this, Colleen is quickly carving out her own distinctive path in country music. On recent releases, she appears to be leaving her poppier origins for a sound that flits between gentle folk (‘Feels Like’) and ferocious country-rock (‘Halos and Horns’).

After scoring her first Mediabase Top 40 hit with ‘Ain’t the Only Hell (My Momma Raised)’ this year, we’re excited to see what 2023 holds for the Oklahoma native. - MM

On repeat: 'Halos and Horns'

Bailey Zimmerman’s 2022 went from strength to strength; the jewel in the crown of his Leave The Light On EP being the stormy ‘Fall in Love’. It became his first country radio No. 1 in early December, while the project as a whole earned him the most streamed all-genre debut of the year.

Beneath all the hype and accolades, though, is a singer-songwriter with a knack for delivering soul-baring, heartache-themed ballads. His music hits a sweet spot between being polished enough for mainstream listeners, while having just enough rough edge to please country’s outer reaches - a combination that is already proving lethal. - MM 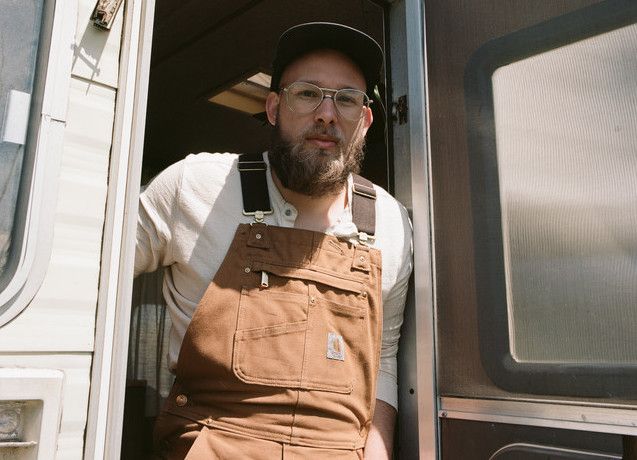 Benjamin Dakota Rogers is an Ontario-based musician whose music embodies the spirit of the Appalachian Smokey Mountains. It's raw, violent and utterly spellbinding how Rogers shapes his sparse chords around such sorrowful and poetic narratives.

His new album, Paint Horse, is set for release in February, and we can't wait to lose ourselves in the world that Rogers creates. If you don't believe us, then find us a more beautiful and layered line than "In the morning just before the dawn / he took out his knife and he carved out the light / of a future in the eyes of the lord". - RJ

Brit Taylor has been a Holler favourite since the release of her debut Real Me in 2020. But we believe 2023 is going to be the year she becomes a true star.

With the release of her forthcoming sophomore album Kentucky Blue in February, Taylor's pin-sharp wit and winsome pop sensibility is likely to drive her 90s country-influenced sound to the top of many an album end-of-year list come December. - RJ 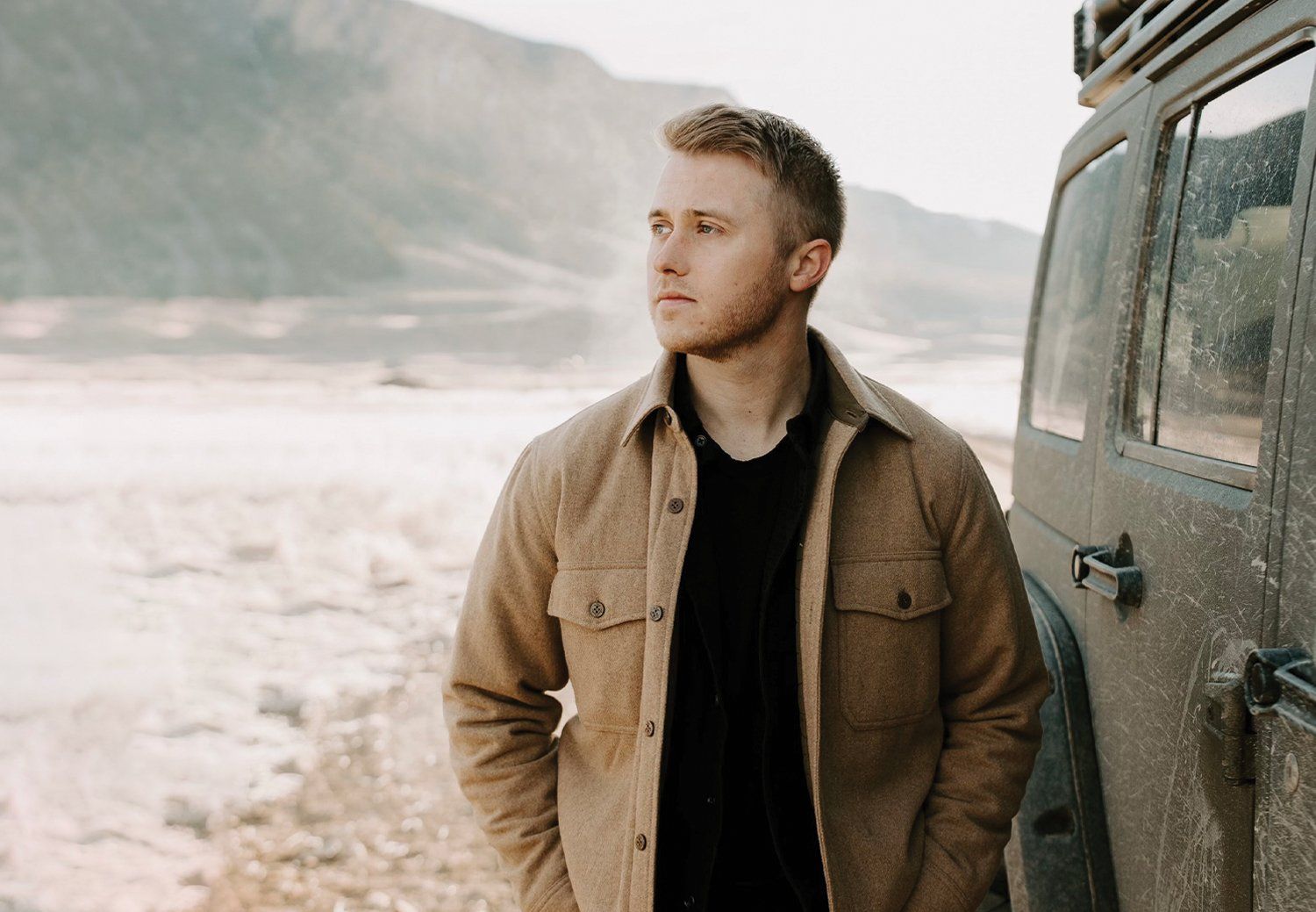 Corey Kent delivers simple truths that hit home as hard as the riffs that permeate his sound. His recent singles 'How You Know You Made It' and 'Wild As Her' are the strongest examples of this yet; two grounded anthems full of mettle that detail just how the land lies.

Don't be surprised if he leaves C2C in the UK this March having absolutely torn it a new one. - RJ

On repeat: 'How You Know You Made It' 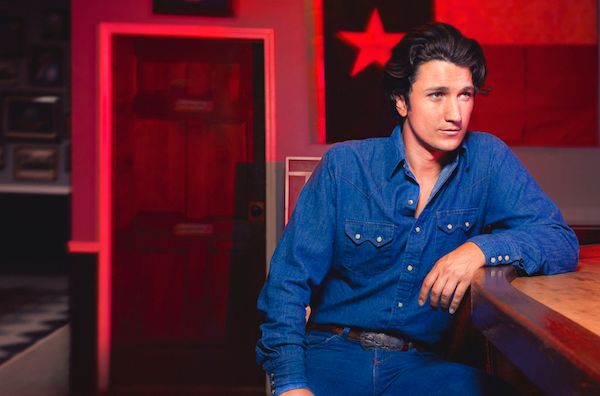 Hot off the back of landing third place on America's Got Talent and dropping his debut album Dallas/Fort Worth, Drake Milligan is set to keep blazing his smokin' country trail into 2023.

His smooth, baritone, Texan drawl is traditional country through and through, calling upon the sounds of his idols George Strait and Elvis Presley with a slick modern energy. - Ciara Bains 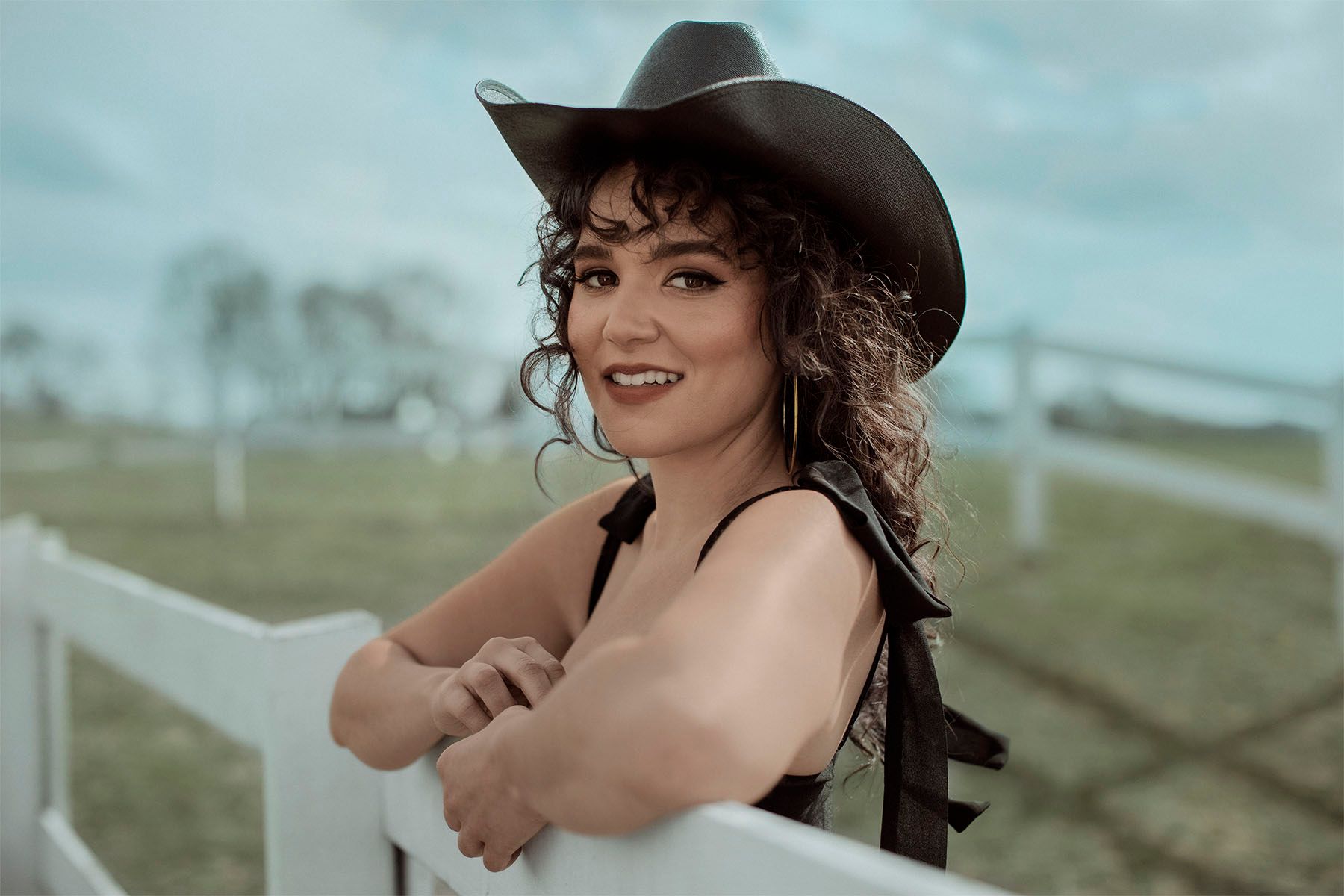 A singer-songwriter from the Bay Area who mixes eye-rolling girl group sass with the honky tonk swagger of 70s outlaw country.

Last year’s On the Ranch landed at number 6 on Albums of the Year list and it still feels like she’s only just getting started. Get your oven gloves on, kids. Emily Nenni is only going to get hotter from here on out. - JO

On repeat at Holler: ‘Can Chaser’ 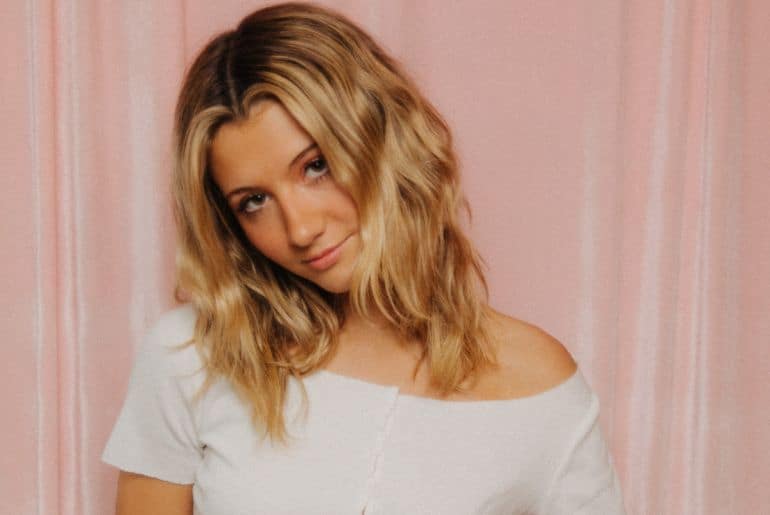 Following a support slot on Kelsea Ballerini's HEARTFIRST tour, pop country’s TikTok teen sensation turns 20 as she goes into 2023 with the promise of greatness just around the corner. From her breakthrough viral hit ‘Tell Your Mom’ to last year’s ‘X’s’, Georgia Webster is putting out the kind of whip-smart country pop that Taylor Swift built an entire empire on. - JO 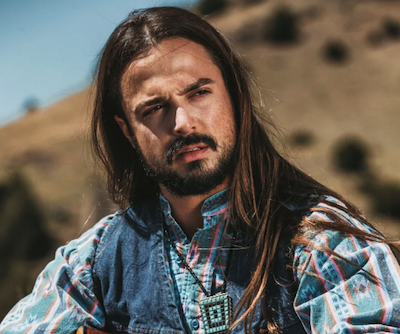 To say that Ian Munsick is injecting a sense of Wyoming traditionalism into mainstream country feels somewhat accurate, but it only captures half the picture. Munsick is a shapeshifter - he’s just as comfortable showing off his tenor on a steel-drenched, Cody Johnson-assisted Western ballad (‘Long Live Cowgirls), as he is taking the helm of an EDM-infused bop (‘Humble’).

Judging by the handful of singles Munsick has released in the latter half of 2022, his 2023 studio album looks set to propel him into country’s upper echelons. - MM

On repeat: 'More Than Me'

The road to country stardom is a long slog, but it helps if you can get your debut single on the Yellowstone soundtrack. That’s exactly what Jackson Dean did with 'Don’t Come Lookin’', a classic ode to the open road with a singalong arena-rock chorus.

Jackson joins Blake Shelton on tour in 2023, with that road showing no signs of ending. - Holly Smith 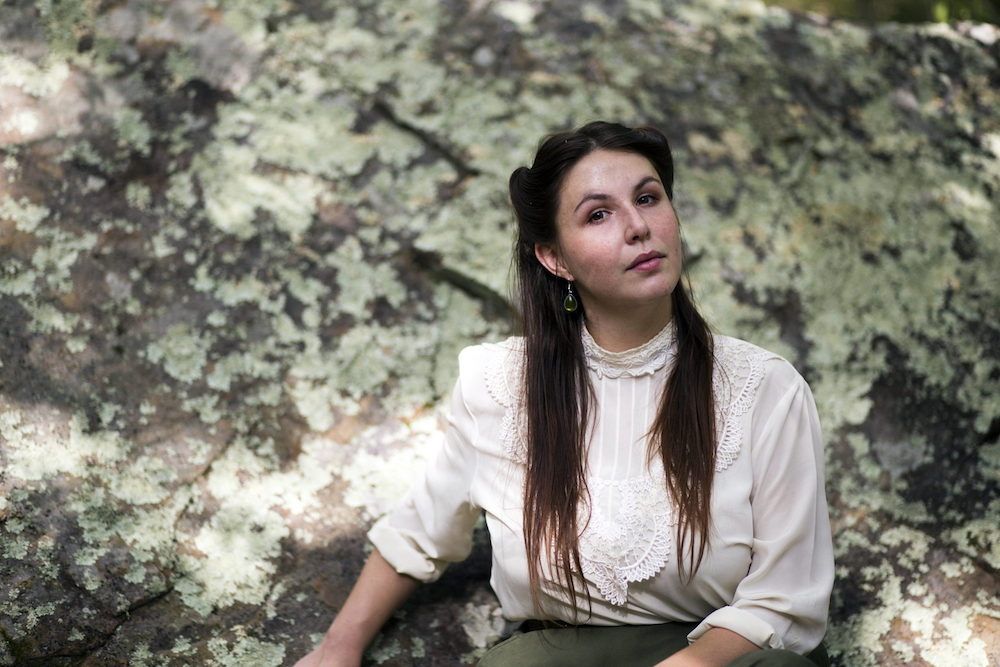 There's something deeply captivating about Jude Brothers, something that brings all other surrounding noise or rush to an utter calm. Be it through their comforting lyrical storytelling, angelic melodic trills or whimsical performances, the Arkansas artist has a unique charm that's set to take off in 2023.

If you can catch them live then don't miss the opportunity, trust us. Prep for tears and goosebumps, though - Jude Brothers speaks straight to the soul. - CB 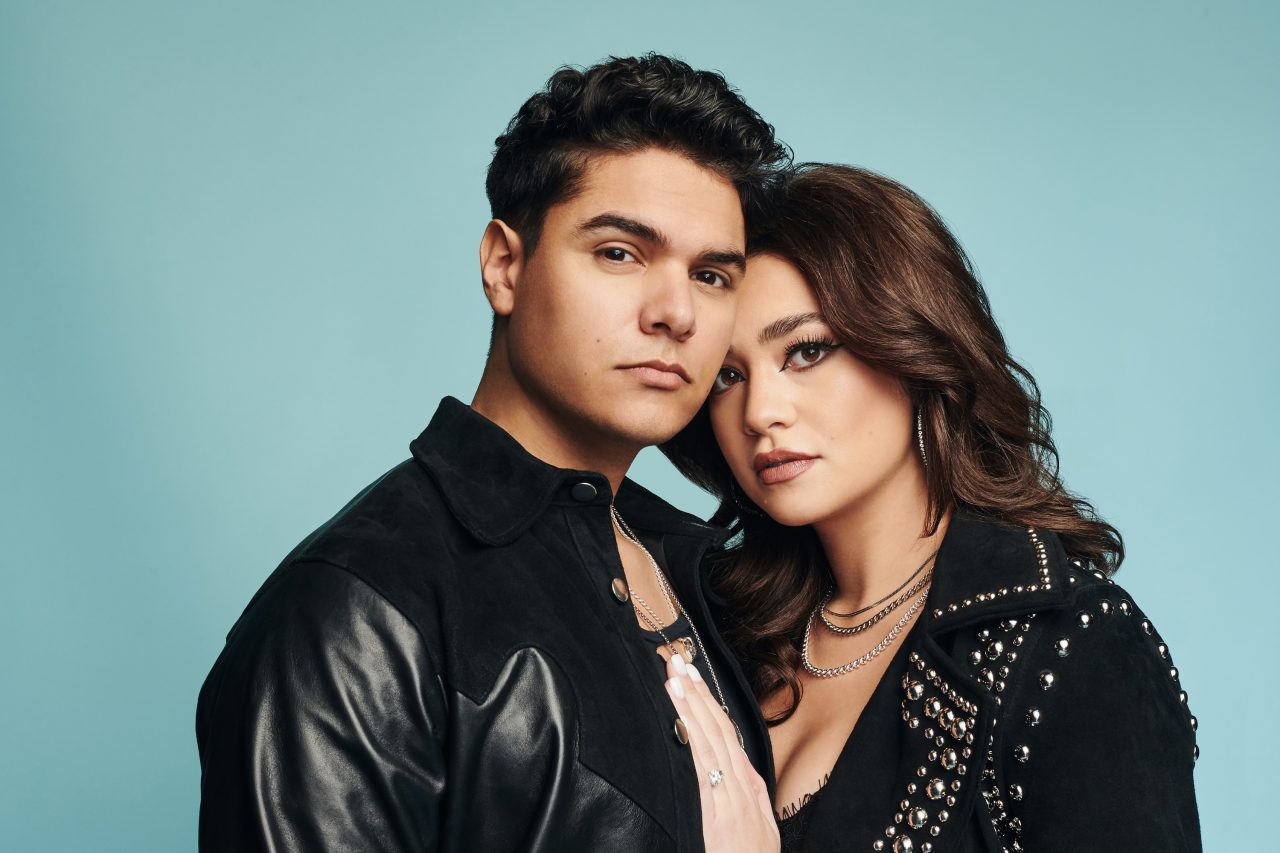 Adding a little Latin twist to neo-traditionalist country, the husband-and-wife duo Kat & Alex are picking up Nashville and vigorously shaking it from its roots.

After meeting while they were still in high school in Miami, they both appeared separately on American Idol, before returning home to concentrate on writing and recording. Last year’s Side A was a mix of heartfelt country duets and harmony-soaked party starters released in English and Spanish. - JO

On repeat at Holler: ‘Mi Casa (We Bought A House – Spanish Version)' 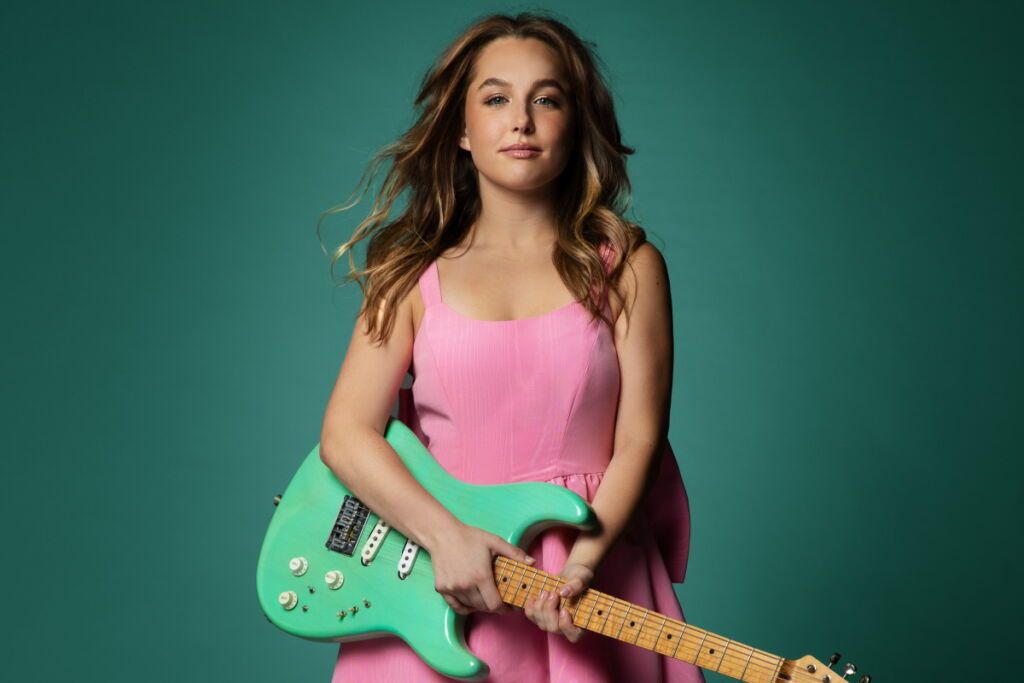 The daughter of Clint Black and Lisa Hartman, Lily joined her parents on tour for the first time this year. It resulted in an EP which featured covers of Carrie Underwood and Randy Newman, and an original co-written by Dad.

No bells or whistles here, just some good old fashioned honest country singing, which she’ll take out on tour again in 2023. - HS

On repeat: 'Every Time it Rains' 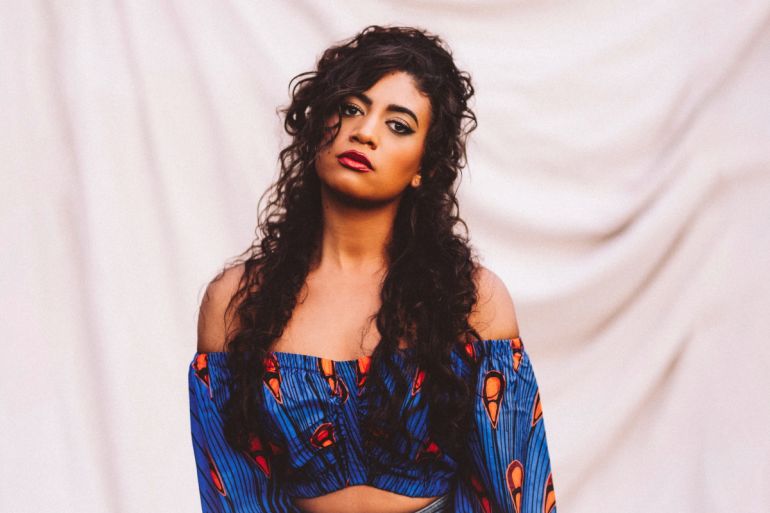 Good things might come in threes but ‘good’ seems too small a word for Madeline Edwards’ 2022, which included making her Opry debut, signing with Warner Music and releasing her ‘dreamy western’ album Crashlanded.

Three not enough for you? Edwards also managed to squeeze in a tour with Chris Stapleton. - HS

On repeat: 'Too Much of a Good Thing' 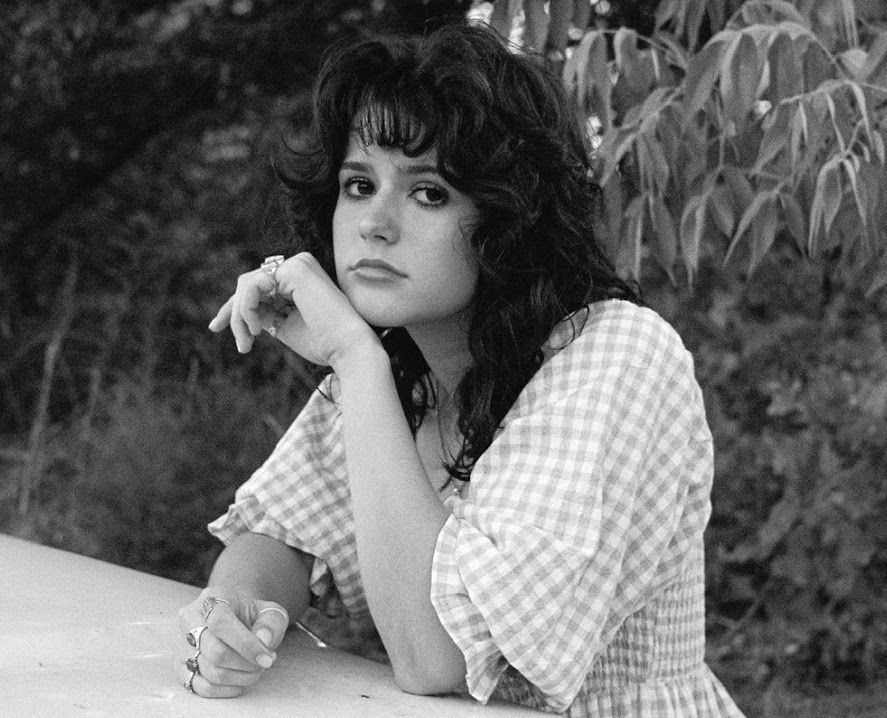 Very few artists can cover Tyler Childers and do it justice. Maggie Antone is one of them.

Her cover of 'Lady May' is stark and soul-grating. She reaches into your body, pulls out your heart and imprints her name across it before it stops beating. Antone finds her own meaning with a song that's so intensely personal to another; a pure and fiery tribute.

Her debut EP, Interpretations, sees her capturing those reflective and personal moments in her own work - a strong and highly promising introduction. - RJ

On repeat: 'Lady May' 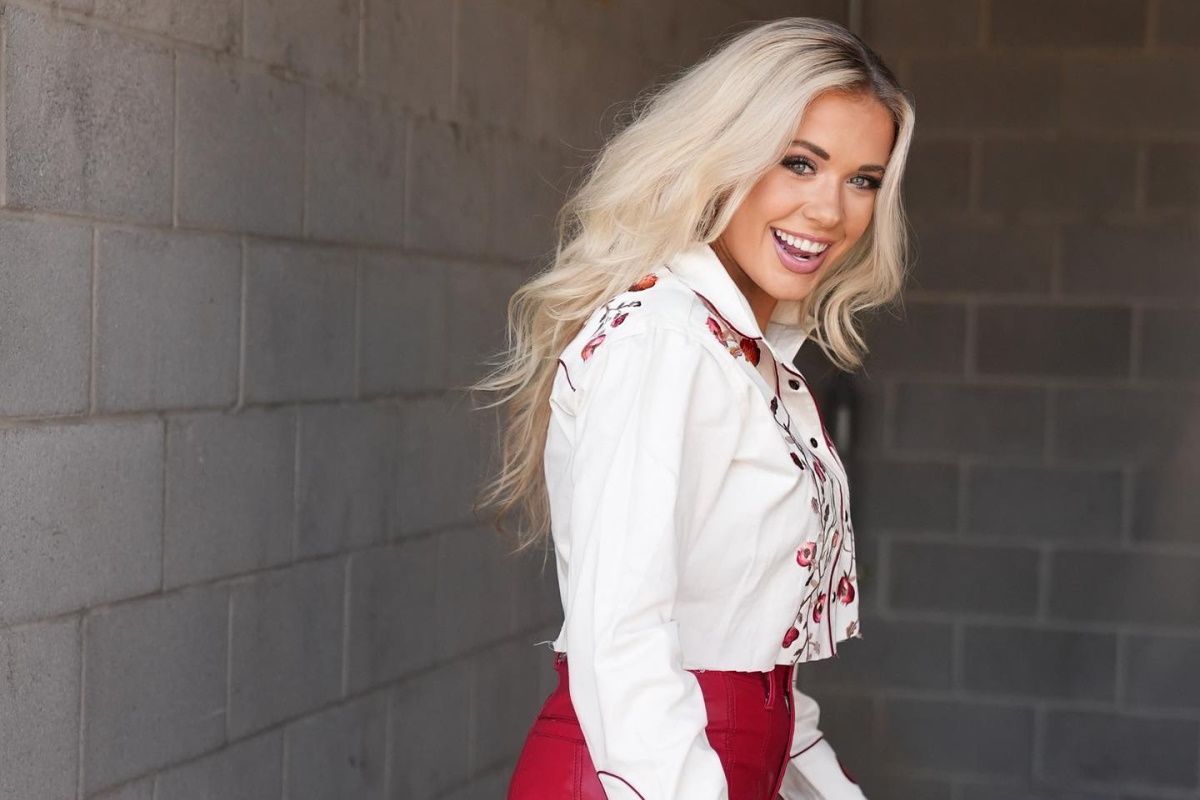 The virality of Megan Moroney’s 2022 track, ‘Tennessee Orange’, was partially a result of the country megastar that its lyrics concern. But don’t let that fool you - Megan Moroney has a smooth, honeyed voice that combines with a casual, conversational charm to make her one to watch in 2023. - MM 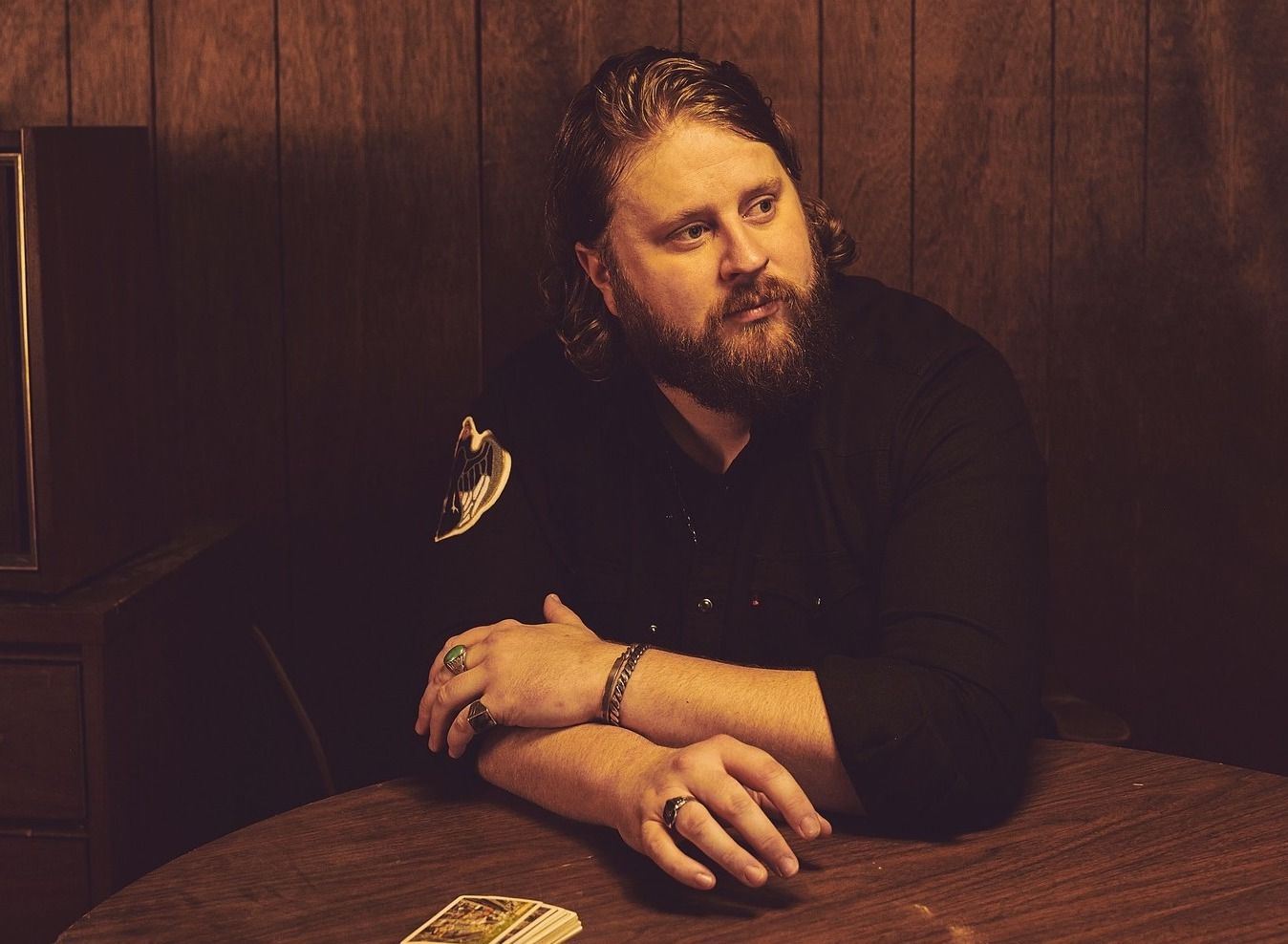 We won't deny it, 2022 was already pretty huge for Nate Smith. 'Whiskey On You' has barely left our ears or the charts since its release. Thing is, that's only a taste of what's to come.

If you thought 'Whiskey On You' was that one and only song you could scream along to while weeping into your Jack, then Smith's self-titled debut album is going to leave you exhausted. 'Wreckage' is already cutting us in two with its weighty piano chords and Smiths' fragile drawl, so who knows what state we'll be in by the album's release in February.

Prepare the tissues and the longnecks, things are about to get real. - RJ

On repeat: 'Whiskey On You' 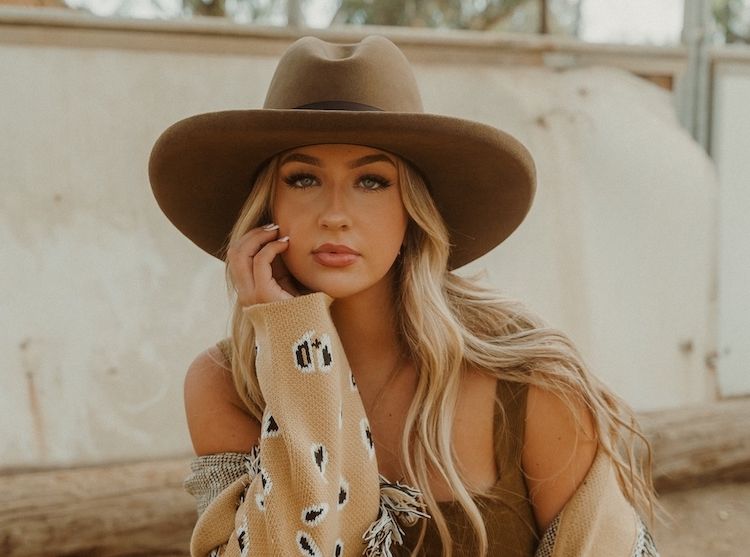 A stint on The Voice at age 16 prepped Presley Tennant for the big time, but it's in the last year that the California-hailing artist has really honed her craft. Led by her arena-ready voice, Tennant's sun-soaked, pop-inflected country tunes are catchy and relatable, ready to win her the hearts of fans across the world. 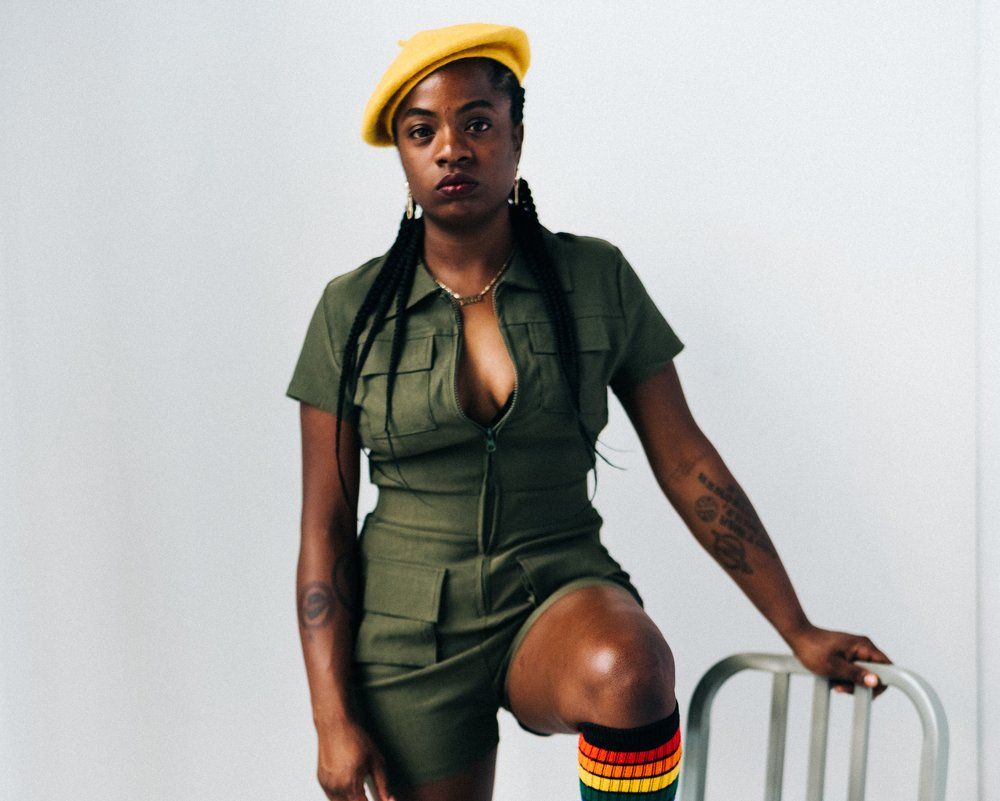 A no-holds-barred punk poet, Sunny War is one of the most exciting new artists on our radar. Having recently signed to indie favourites New West Records, the folk-blues artist channels her musical inspiration of Nina Simone, Mississippi John Hurt and Elizabeth Cotton in her raw, rich lyrics and virtuosic guitar playing; her songs tackling the often all too inescapable weight of the world with the craft of a true wordsmith. - CB

On repeat: 'No Reason' 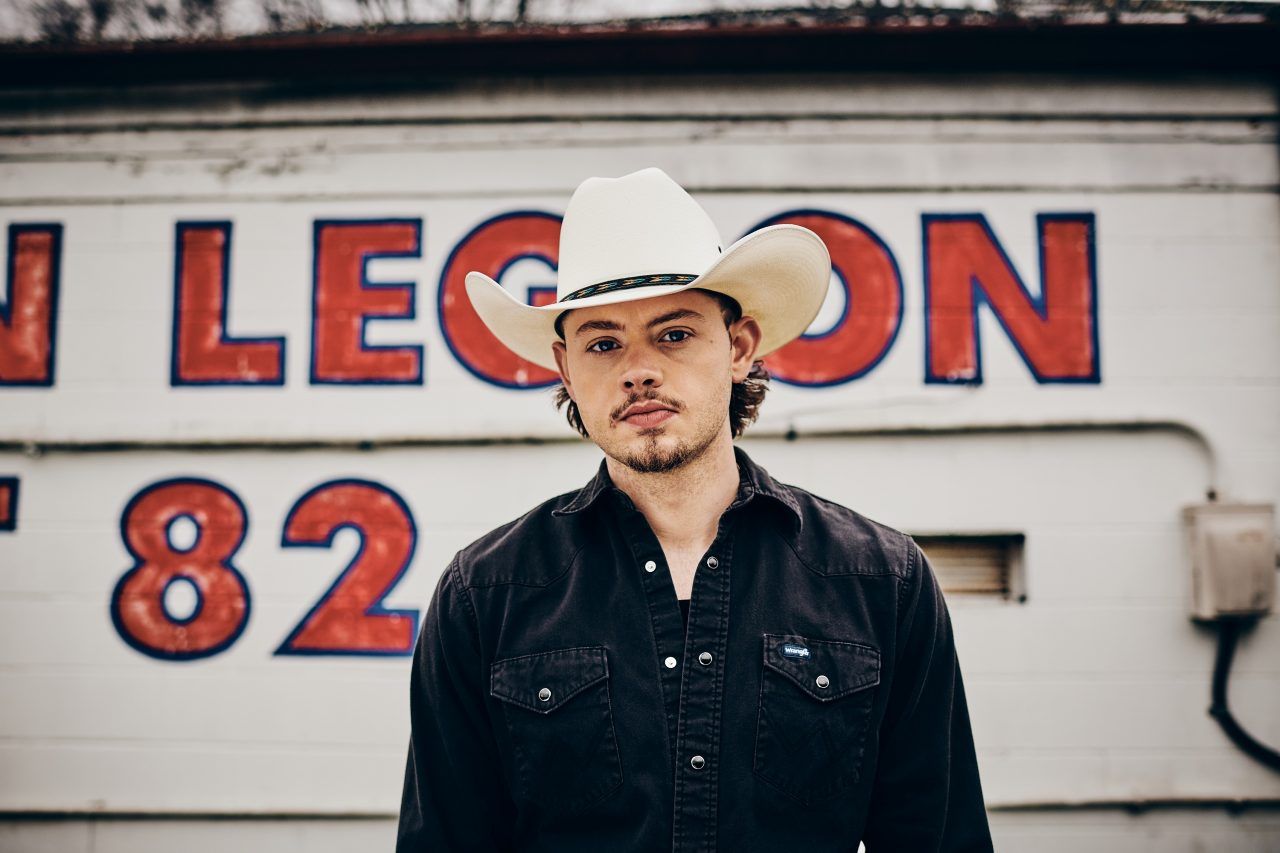 Born and raised in Wolfe County, Kentucky, Tyler Booth has been making a name for himself since he first started playing festivals around his home state whilst in high school.

After coming to our attention on Brooks and Dunn’s Reboot album, since then he’s been out on tour with Darius Rucker and Jon Pardi, winning over neo-traditionalists with his older-than-his-years lyricism and his barrel-aged baritone. It won’t be long before we’re all signed up and fully enlisted to his ‘Country Gang’. - JO

On repeat at Holler: ‘Feeling Whitney’ 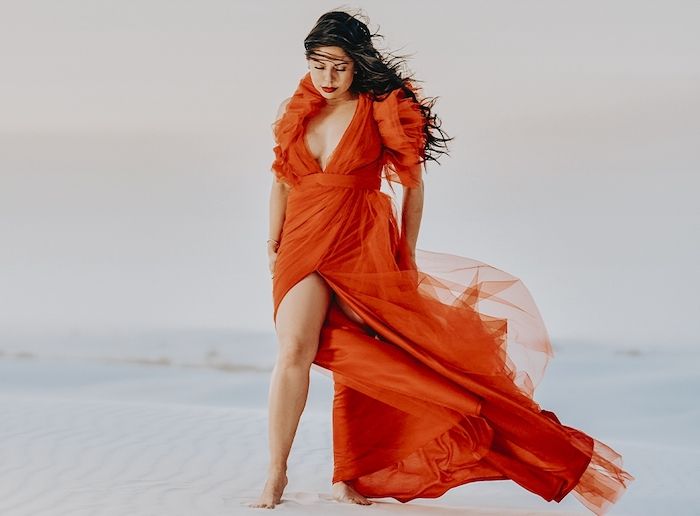 Valerie Ponzio’s Latina heritage and hometown of El Paso spread their influence across her 2022 EP Frontera. With an appearance on The Voice and a spot on the bill of Rissi Palmer’s Color Me Country under her belt, Ponzio joins the frontline of the welcome and increasing diversification of country music.

On repeat: 'Just a Bordertown'

Listen and subscribe to Holler's 23 New Artists for 2023 playlist below: