Over the years, Glastonbury has played host to some of the biggest names in country music - from iconic sets from the likes of Johnny Cash, Willie Nelson, Dolly Parton and Kris Kristofferson to unforgettable moments for up-and-comers like Margo Price and Kacey Musgraves, finding themselves in front of a huge global audience for the first time.

The line-up for this year is no exception. Here's Holler's guide to the 10 must see country, Americana, roots and blues acts at Glastonbury Festival 2022.

The last time Kacey Musgraves played Glastonbury in 2014, the Texas star was just a little speck on the country landscape, albeit one that was already shaking it up from the inside.

Now she returns in 2022 as a Grammy Award winner looming large over a genre that has been completely reshaped and revitalised by her subversive brand of country traditionalism, as she hops between glossy pop and countrified disco with an ease not seen since Dolly Parton in the 70s.

Expect all the hits from Golden Hour and Star-Crossed plus a few crowd-pleasing old favourites and actual tears when she plays ‘Rainbow’.

Check out our pick of Kacey Musgraves' Best Songs here. 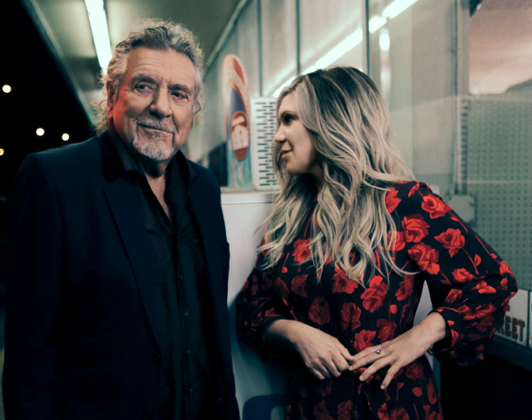 At this point, these two don't really need much of an introduction. Undeniably illustrious in their own rights, Robert Plant and Alison Kraus are somewhat of a super duo, currently wizzing around on their first international tour in over a decade - with Glasto's Pyramid Stage set firmly in their sights.

Following on from the platinum-selling 2007 predecessor, Raising Sand - which won six Grammys - in December, RPak (out the way, RPatz) released Raise the Roof, which quickly became one of the most highly praised albums of 2021.

The seasoned vets will certainly pull out all the stops for their Pyramid Stage set, so make sure to get your place early. Plus, how many people can say they've seen RPak share a stage with Billie Eilish? 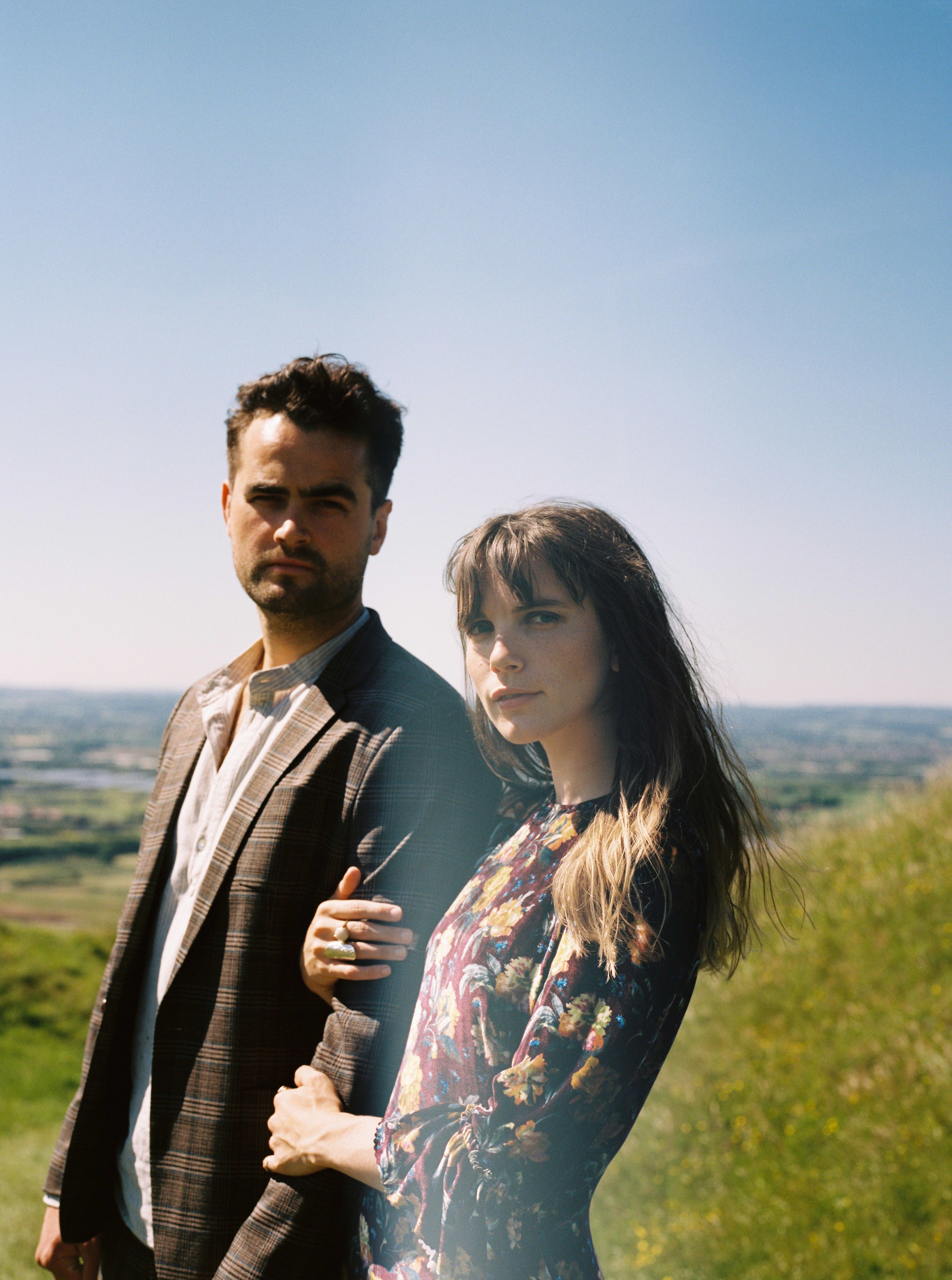 No, it’s not the name of two characters from Sesame Street, but the equally cute and adorable folk duo made up of Issy Ferris and Archie Sylvester.

As Ferris and Sylvester, they're currently blazing a trail through the UK Americana scene with their high-energy live shows and quintessentially English take on American roots music. They followed the success of their early EPs with their debut full-length album Superhuman in March.

Expect foot stomping, hand clapping and wailing dirty blues guitars from one of the most exciting duos on the circuit right now. You won’t believe a sound this big can be made by two regular sized people. 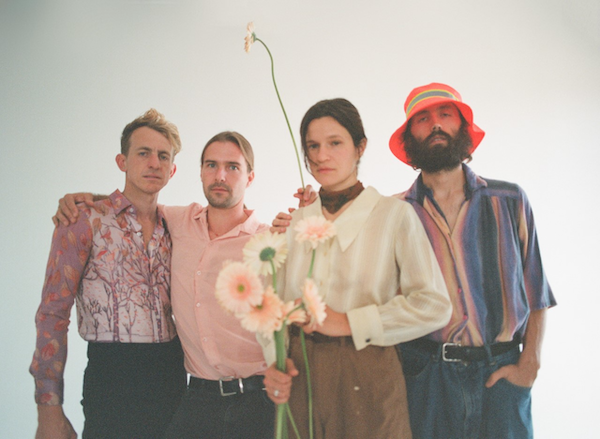 Guided by the ethereal musings of Adrienne Lenker - one of the most noteworthy musicians across all genres at present - it's a a guarantee that Big Thief will provide one of the best sets of the weekend, period.

Since the release of their epic new 20-song album Dragon New Warm Mountain I Believe in You, the band - which also features Holler favourite Buck Meek - have been nominated for Duo/Group of the Year at the forthcoming 2022 Americana Music Assosciation Honors & Awards, whilst also extensively touring across America and Europe.

They'll play tunes from the new album, but will undoubtedly weave back through the years to revisit the earthy folk of their 2016 debut Masterpiece and the critically-acclaimed Capacity, through to the distorted, raw, rock undertones of 2019's U.F.O.F and Two Hands. 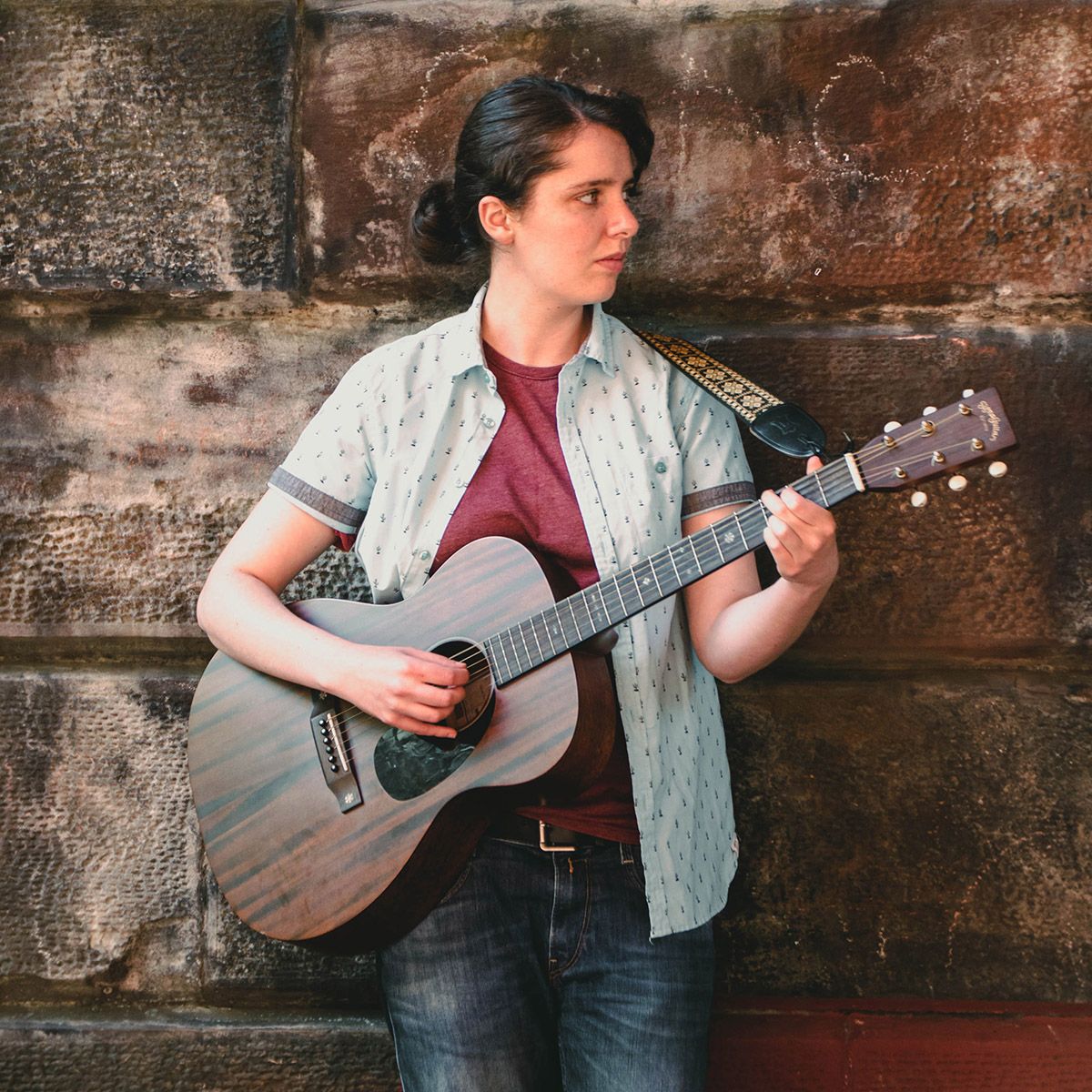 Since gently sidling onto the scene in 2018 with the beautifully woozy ballad ‘I Love Her So’, the Scottish troubadour and eldest daughter of The Proclaimers' Craig Reid has become a singular new voice in Americana.

Currently supporting Martha Wainwright in the UK, she’ll be stopping off at Glastonbury to bring a sense of calm to all the madness and mayhem with the stark honestly of her softly sung folk songs.

Make a point of stopping by the Acoustic Stage on Friday lunchtime if you’re a fan of Norah Jones, Iris Dement, Gillian Welch or Laura Cantrell. After all, if Steve Earle calls you “an outstanding songwriter" then you must be doing something right. 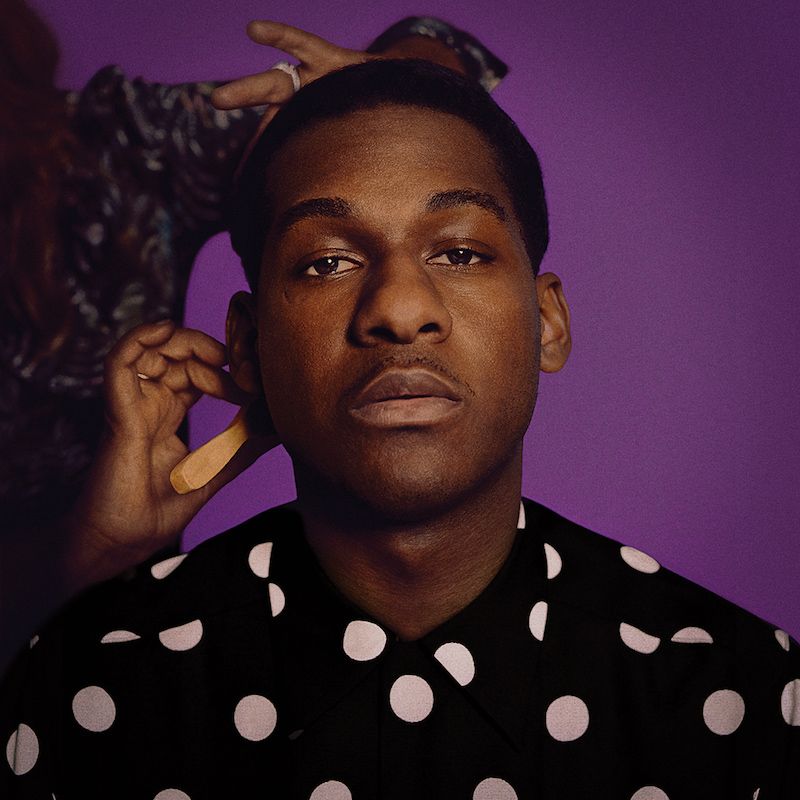 Leon Bridges' first strides as a soul-inspired R&B artist prompted comparisons to legends like Sam Cooke and Otis Redding, but he quickly came into his own as a Grammy Award-winning, globally touring artist.

The Texas native has gone from stride to stride in the last couple of years, shooting to the very forefront of popular music, garnering praise from a multitude of musicians across the genre spectrum, including Holler fav Charley Crockett. 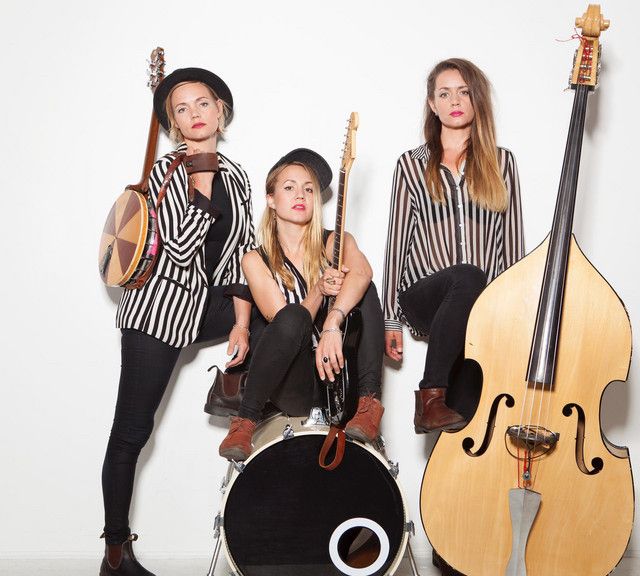 After being gently eased into Friday by Roseanne Reid, make your way over to the Avalon Stage for Baskery - the Swedish sister-trio are the perfect band to get the party started with. Their riotous blend of folk rock with infectious pop hooks will have you jumping around and punching the air like you’re at a Yeah Yeah Yeahs concert in the early noughties.

With hints of First Aid Kit, Haim and MUNA, their punky take on Americana is winning fans all over. Get on the bandwagon while you still can. 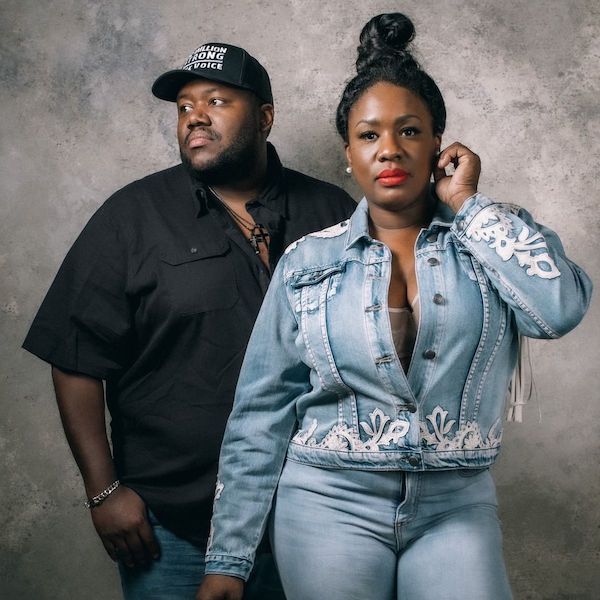 Another Duo/Group of the Year nominee for the 2022 AMA Honors & Awards, husband and wife duo Michael Trotter Jr. and Tayna Blount-Trotter use their mighty, magnetic voices to spread a message of hope and joy as The War & Treaty.

It's been a huge year for the partners, who have just signed their first major record deal with Universal Music Group Nashville. Bringing their southern soul, gospel, country and rock and roll infusion to Worthy Farm for their Glastonbury debut this year, their set will close their first-ever UK tour.

“It’s been on our bucket list for the longest time, and finally we get to bring the revival to the UK. Get your feet ready to stomp and your voices ready to be raised - The War and Treaty are coming!".

It's not just us here at Holler that are screamin' about The War and Treaty - they've opened for the likes of Al Green, Brandi Carlile, Jason Isbell and John Legend. Clearly, you don't want to miss out. If Ghetts, Burna Boy or Noel Gallagher and His Low Hanging Fruits don’t tickle your fancy, then why not head over to the Avalon Stage on Saturday night for Ward Thomas ahead of Paul McCartney?

This sister duo from rural Hampshire were the first and only UK country act to achieve a number one album with their debut Cartwheels, and you’ll realise why when you hear their close harmony country pop.

They’ve duetted with Cam, Jack Savoretti and even James Blunt and picked up a swathe of country music admirers on both sides of the Atlantic. If you’re a fan of Carrie Underwood, Sugarland, LeAnn Rimes and anyone from the poppier end of the country spectrum then you’ll find a lot to love here. 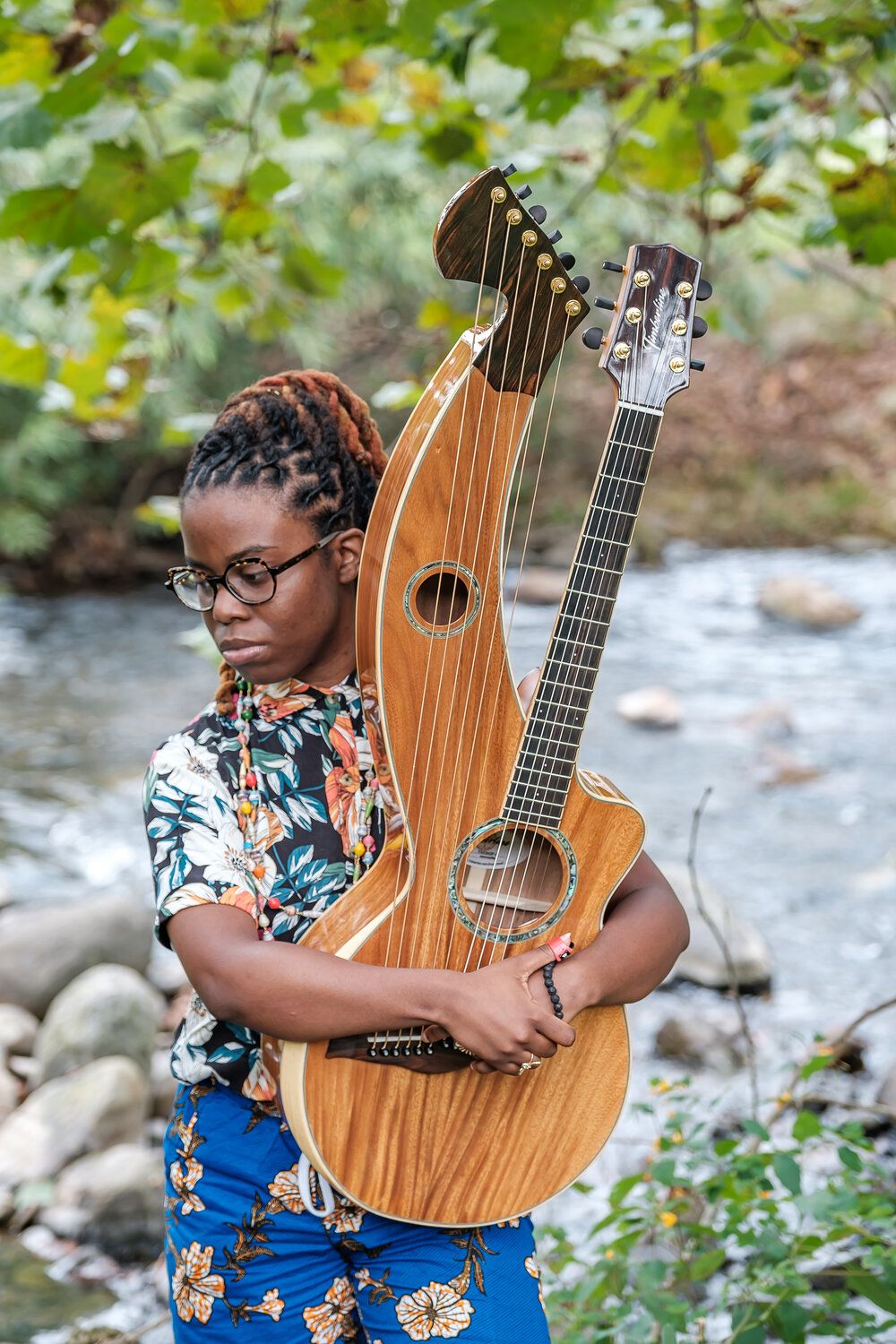 The complex compositions and daringly inventive style of Yasmin Williams is second to none.

Not satisfied with traditional fingerstyle methods whilst she was teaching herself guitar, the instrumentalist developed a distinctive way of playing that includes lap tapping — or using the neck as though it were a keyboard — drumming the guitar’s wooden frame and tap dancing for an additional rhythmic layer, and even bowing.

The Virginia native released her sophomore record in 2021 to critical acclaim, and will be the perfect start to your Saturday when she takes to the Park Stage.