I meet Ferris & Sylvester, the duo of Issy Ferris and Archie Sylvester, while they are in their recording studio in Wiltshire, England. When I comment on the beautiful greenery outside, Issy tells me that they moved from Streatham in London to their new home just before the first lockdown. The incentive for the pair was to build a new studio so they could continue writing and recording in one place, which is where I find them when we speak. Guitars hang on the walls on either side and the two are framed by a sash window overlooking their garden. Issy described the whole experience of moving during a pandemic as being in this “weird universe that we don’t recognise at all”, which I think a lot of us can relate to.

This past October saw the release of the duo’s second EP I Should Be On A Train, a bluesy roots record that blends with soft rock and even traditional Indian sitar music. It’s an EP that straddles steely defiance with paper thin vulnerability and possesses a title that hits you in the guts. With all the plans we had for 2020, of things we should be doing that were shredded in front of our faces, all we keep saying to ourselves is, “I should be…”. It’s not the only way Ferris & Sylvester confront the pandemic head on across the EP, their song ‘Everyone Is Home’ bearing the lyrics, “Everyone is home, everyone is brave”.

In spite of the sadness that everyone has been through over the last year, Issy and Archie are all smiles and enthusiasm when talking about their five favourite songs and albums for Cuts the Deepest. Stretching from Nina Simone and Little Feat to Frank Zappa and Alabama Shakes, it’s eclectic yes, but if you have heard anything from Ferris & Sylvester, their choices make perfect sense. After all, you are what you listen to. 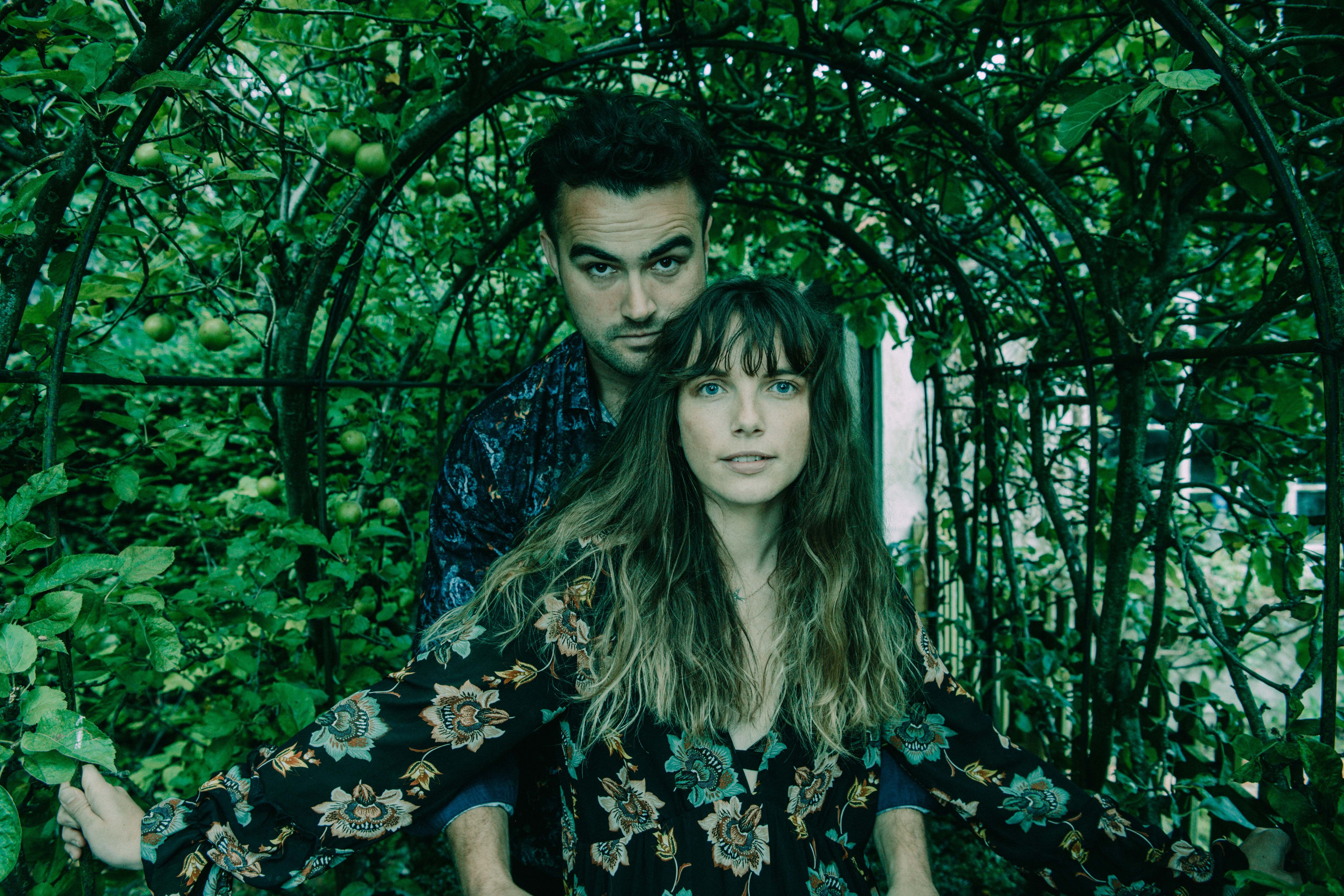 [My choices] are female heavy, but these are the women and the performances that have really inspired me as a performer. This has become a hugely relevant song over the past year with Black Lives Matter, but aside from that this has always been just the song. Simone didn’t write it, but it’s her version that strikes a chord, in the way she sings it. It doesn’t have a big chorus, it doesn’t have a traditional structure and it’s quite short, but it is so full of heart and I don’t think I’ve heard anything like it since. I remember hearing it for the first time when I was really young, and I don’t think I’ve heard anything since then that does the same thing to me. Simone is a total artist in everything that she does. It’s effortless and a totally genuine performance.

Dolly Parton - Do I Ever Cross Your Mind

This has been on my list since I was 12. Again, it is a specific version from her album Heartbreak Express. Parton did another version later on in her career which is quite mature, but everything about this is just joyous. I remember loving her confidence as a performer, as a writer and as a businesswoman, I just think she captured my soul from a young age. So ‘Do I Ever Cross Your Mind’ would always have to be on my list.

This came out two years ago and it’s on album called Jamie, which is her first solo record. She’s also the frontwoman of Alabama Shakes, a band we love so much. Again, just as a woman, I am in awe of her as a performer and musician, she is so powerful. Howard has made me way more confident as a performer. As a woman who can just own the stage, I think that is a really important thing that girls and women have those role models to look up to, because there are so many men who can play the blues and for who rock & roll is everything, it runs through their blood. But if you can find these women who have that power, its a really important thing to connect with as a female musician. Everything Howard does has such weight to it, that whole album really changed the game, but this song, for me, is just what she does best. I could have picked some of her slightly more obscure stuff, but if I was being honest with myself, this is the one that brings me joy.

Laura Marling is probably the first musician whose album I properly fell in love with. I was young, 12 or 13, when her first album was released. I’ve put her on this list, because you think about the reasons why we do what we do, why we’re in this band, why I got into song-writing, and she is definitely an artist who made me realise what it was all about. This song, in particular, I just love everything about it. Blake Mills produced it and we love his stuff; I think he was able to really capture something in this song. The whole album is amazing, but this is the one that, as soon as it starts and that drum comes in, it just does something to me.

This is for us, really. Little Feat is a band that Archie introduced to me to who I have since fallen in love with, they have become one of my favourite bands of all time. This song has just always been, for us, the benchmark of what a good song is. A lot of their songs are about being in America, being musicians, drinking a lot and touring, but this song in particular is one of their more slower romantic songs, its a really beautiful song.

It’s funny, isn’t it, because as musicians we listen to a lot of music and there are many reasons why you love a song, why your tastes develop but I’d say all the songs I’ve chosen are just the ones I will always gravitate to. This has been an album that Issy and I have gone back to over and over which I absolutely love. It’s Brittany Howard again, produced by Blake Mills, mixed and engineered by Shawn Everett. We also absolutely love everything these two guys do. When I first heard Sound & Color, it changed the game for me in terms of what blues, rock or Americana is. It really is blues, but it sounded new, fresh and exciting, and it still does. I don’t think anyone’s got anywhere near it since then.

Dawes - Nothing Is Wrong

Blake Mills was previously in Dawes and has worked with them a lot after. Their first album, Nothing Is Wrong is a stunning album, my favourite song on that one is ‘A Little Bit of Everything’, it’s just a drop-dead stunner of a song. With their latest album, they’ve gone back to that a simple sound. They released a record a couple of months ago called Good Luck With Whatever, which I also love. Taylor Goldsmith’s a real storyteller, he’s top dollar. He can tell a simple story, and I don’t think there’s anyone else around who can do that. He can play [something as simple as] C D G on the guitar, and you’re instantly hooked in because of his storytelling. He does have a great voice, he’s a good guitar player, but it is the storytelling that really sets him apart.

We’re getting serious now. Little Feat, who Issy just mentioned, are certainly one of my favourite bands too, so I was torn on this one. They have got a few great albums, but the song Issy mentioned is on their last album called The Last Record Album, and that didn’t receive good reviews at the time. They were accused of being lazy and not quite putting in the effort that they had done with their previous albums, but they did absolutely nail ‘Long Distance Love’, which is on that album.

I have been listening to this album quite a lot recently. In the mornings, sometimes I try and do a home workout in the garage - I’ve got a little Bluetooth speaker and I have been listening a lot to Frank Zappa. He’s got about 400 albums, but I keep going back to Apostrophe. I do love that one, especially the title track, and ‘Don’t Eat the Yellow Snow’ is a classic. It’s just Frank Zappa in his pomp and anything he touched at that stage was worth listening to.

D'Angelo and The Vanguard - Black Messiah

One of my favourite records. I love listening to that album. There’s been some huge influences on us from that record, especially the sounds he gets. I love D’Angelo. That’s my favourite album of his.

Ferris & Sylvester’s latest EP I Should Be On A Train is out now via LAB Records Ltd.