The 20th annual, 2021 edition of Americanafest was more than a festival held by the Americana Music Association. It was also a bittersweet attempt by an industry representing a nation to again celebrate its once proudly indomitable spirit.

Eighteen months after the advent of global viral destruction, music rooted in America’s very essence attempted to cradle the remains of a nation more torn asunder from its core beliefs than ever before.

The event was, at moments, brilliant. However, there was one instance at the Americana Music Awards - above all other moments during the week - where the event had the opportunity to stake a claim on how America’s necessary evolution could showcase a new, repaired and progressively formidable country.

However, an antiquated notion made an unexpected appearance. It was the theft of joy to rescue us all, as citizens of this nation, from relentless depression.

As an event, the Americana Music Awards ceremony was phenomenal. Performance-wise, the show was a euphoric jolt into hope for America’s present and future. 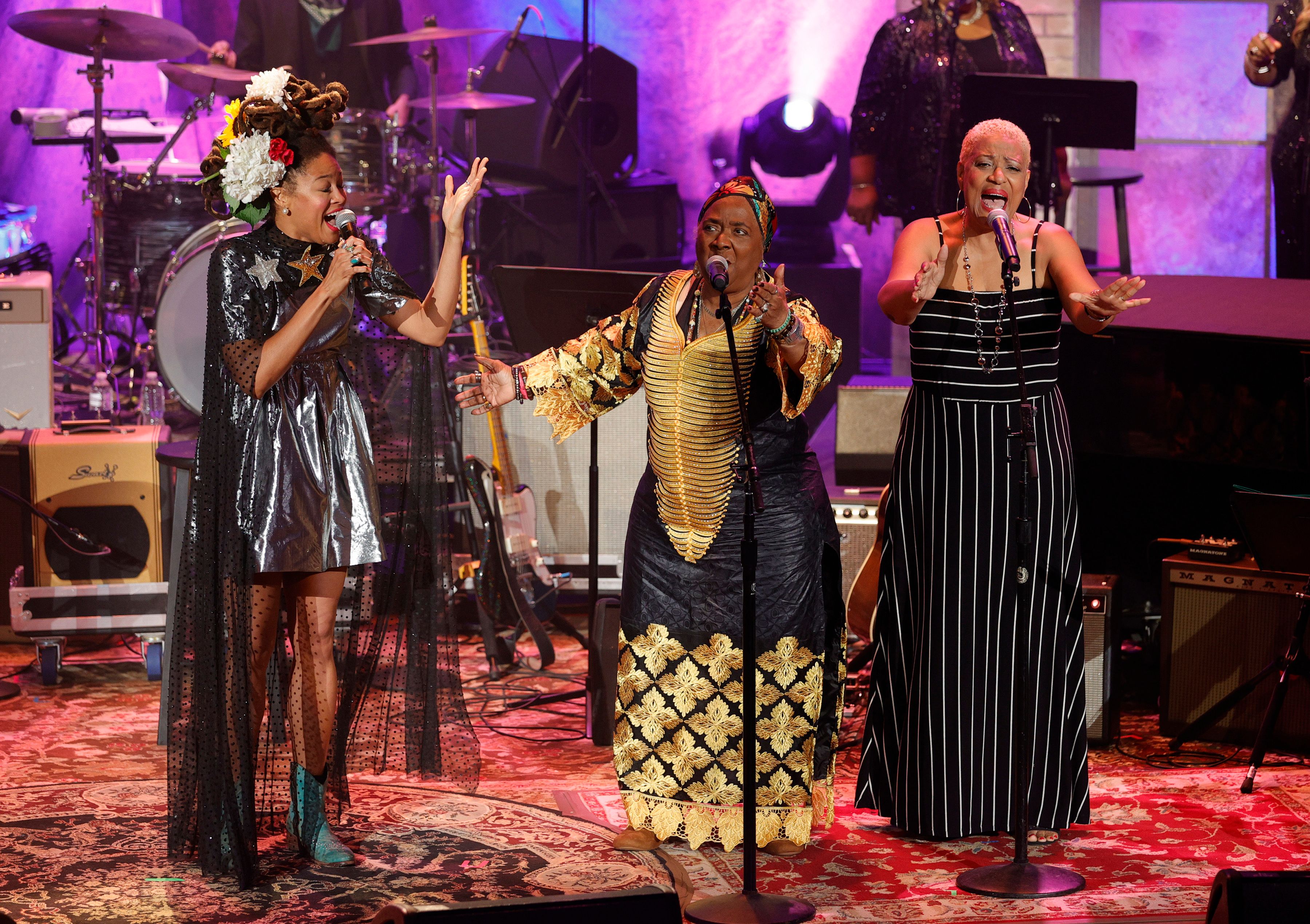 The Highwomen and Margo Price sang harmonies that make any conversation about not elevating female voices into predominance in Americana and related genres feel woefully absurd. Jason Isbell, playing ‘Letting You Go’ alongside his wife, Amanda Shires, was delightful.

However, seeing him playing as a supporting guitarist in the backing band behind Shires - one of the previously mentioned Highwomen - shows how Americana can be a space where influential male outlaws are as renowned for their intestinal fortitude as they are for their humility and willful acceptance of equity. 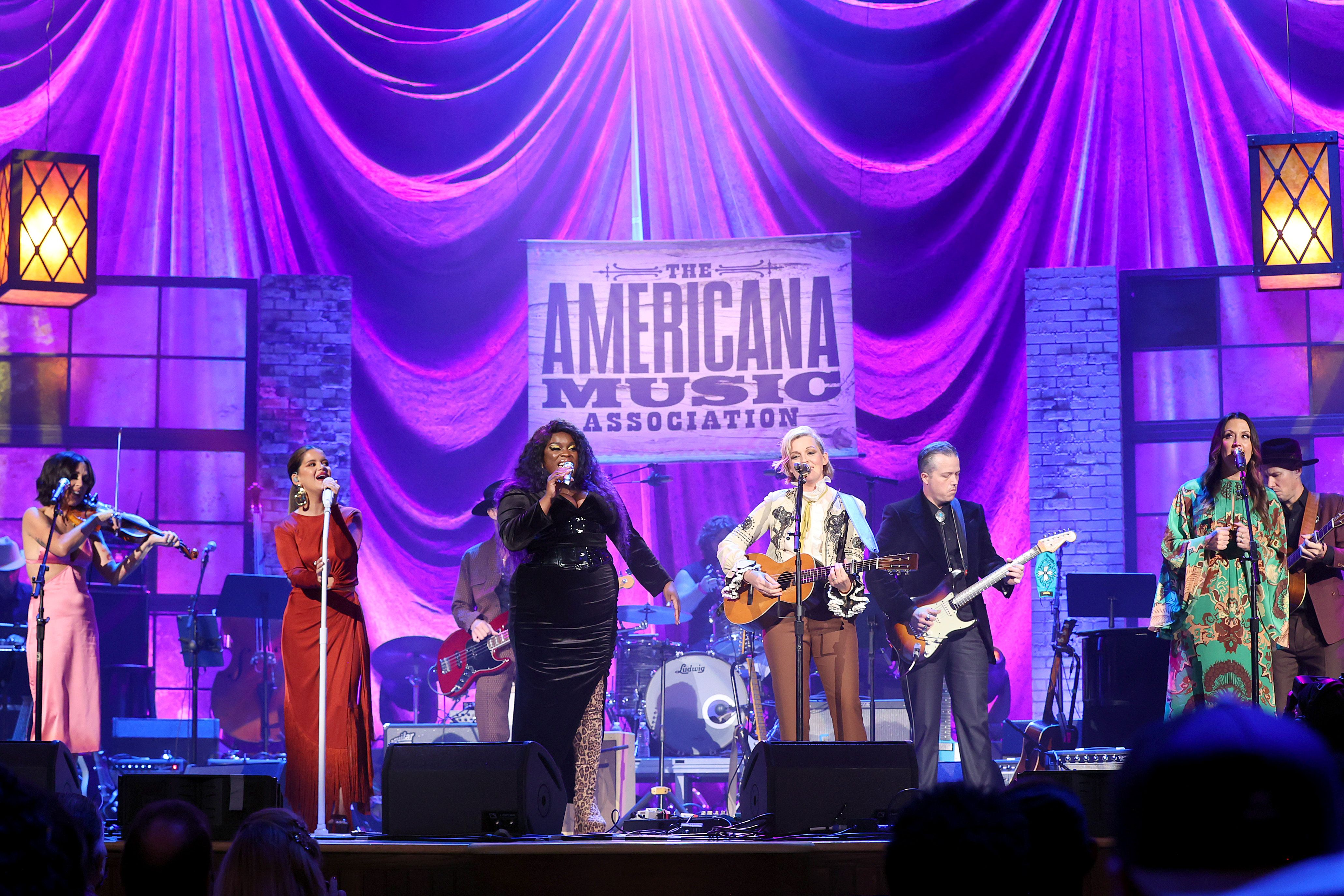 Awards-wise, three moments made a statement that could comprise a novel.

Foremost, John Prine posthumously won Song of the Year for his heart-wrenching ballad “I Remember Everything.” Alongside this, Brandi Carlile won Artist of the Year. Finally, Charley Crockett - ten consistently excellent albums in six years later - won Emerging Act of the Year.

But, incredibly - to speak to the bittersweetness alluded to at this piece’s inception - two of these moments were far sadder than they had any right to be.

Ideally, making both of these moments joyous was at the heart of making Americana Fest 2021 a celebration. But, instead, it showcased just how much healing Americana and America needs to do to move forward, repair and restore.

John Prine is noted as the godfather and the “heart” of the Americana genre to many. Yet, as many are aware, he succumbed, as roughly half a million other Americans have, to COVID-19. Thus, though deserving of the praise, celebrating Americana’s most essential artist, while the virus that killed him is still imperiling Americans, hurts far more than it heals.

As for Crockett, he was nominated for Emerging Act of The Year in the same category as Allison Russell, Amythyst Kiah and Joy Oladokun. The trio of artists Crockett defeated were three queer Black women who make music that wrestles with and pins white supremacy and LGBTQIA liberation to the metaphorical mat, while establishing safe spaces for restorative healing for all. 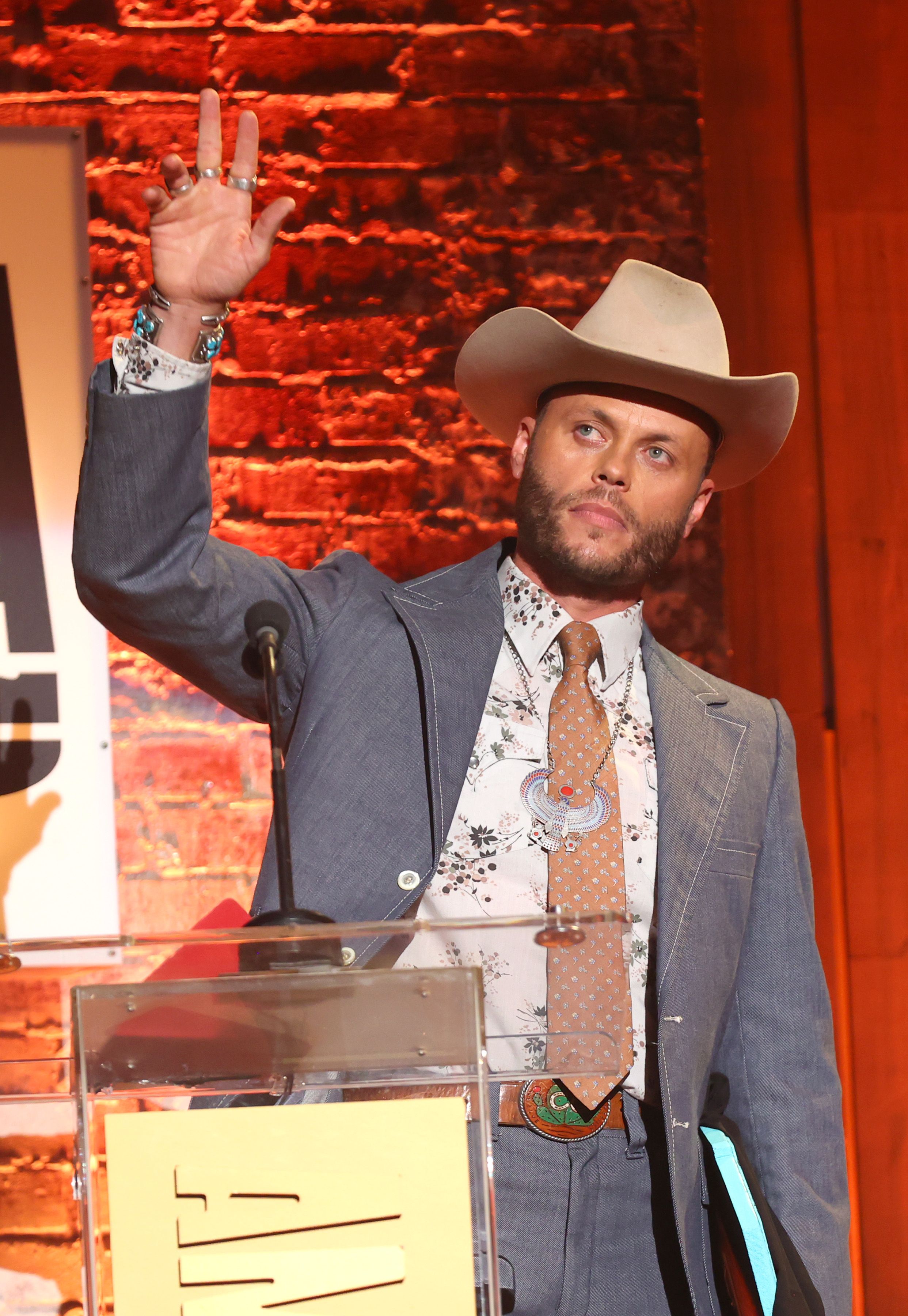 Crockett's an outstanding creator who has merely scratched the surface of his prodigious talent and potential for success. His 2021 albums 10 For Slim and Music City USA represent a rare form of dynamic brilliance that evolves classic-tinged yet wholly modern interpretations of blues, soul and country into palpable and timeless creations. It's work that makes him a polyester-pantsed prestidigitator worthy of award-winning acclaim.

However, thinking about emerging artists while America's emerging into its future is fascinating. Moreover, when contemplating how Americana as a genre can define this new era, new dogs pleasantly evolving old tricks versus women saving a nation's most morbidly depressed souls is a vital conversation. Ultimately, it impacts our collective national future.

When Crockett won the award, he noted an apparent surprise in winning -- especially when in the same category as Kiah, Oladokun and Russell. Currently, women of color and marginalized people are making music that, if heard and heeded with righteous intent, can invalidate the most cancerous notions, realities and moments of America's pre-COVID history.

Celebrating America discovering this notion could've been a clarion call. Instead, Charley Crockett won. Yes, he's unquestionably deserving, but again, this could’ve been one of the first moments where America's foundational music and industry could redefine its indomitable national spirit. That didn't happen.

Instead, in an epilogue, Brandi Carlile - a queer American Highwoman - took to the stage to accept her Artist of the Year award. Here, the most bittersweet yet nationally restorative thing occurred.

Like her fellow Highwoman Maren Morris did when accepting her CMA Award for Female Artist of the Year in 2020, she paused, before naming a group of gifted Black women living in America - the previously mentioned Valerie June, Amethyst Kiah, Joy Oladokun, Allison Russell and British-born Nashville resident (and Highwoman) Yola - as inspirational and significant.

In a year where Americana lost its heart, the genre unearthed its soul. Though that soul went unrewarded, it's now quite notably profound. America's best future requires the birth of widespread acceptance of the nation's need to progress past its history. The Americana Honors and Awards showed us that, although our hurt as a country is great, the presence of hope could have - if allowed - the potential to heal us all.