Combining the sounds he heard growing up in the Ozark foothills with his years busking on crowded street corners in New Orleans, Nick Shoulders and his bastard form of “raucously clever country music” are what we at Holler understand to be Americana.

In his hands, ‘Heart of Glass’ is reimagined as a peculiar country curio complete with warbles, whistles and yodels, as he breathes new life into the Blondie classic and turns it into a lazy swinging waltz. His distinctly anti-country take on it gives the song an eerie familiarity, as he pulls apart and picks over the bones of the new wave disco original and holds them up to the light one by one for closer inspection.

When he sings lines like “Lost inside / Adorable illusion and I cannot hide / I'm the one you're using, please don't push me aside” it’s as if you’re finally hearing them for the first time for what they truly are. It's way existential. It might not grab you and pull you onto the dance floor at a wedding like the original did, but it’ll sit beside you crying on the bathroom floor, holding your hair back while you drunkenly throw up.

It’s one of two new Nick Shoulders songs featured on Heart of Night, a new split EP with artwork by Taylor Rushing co-released by Gar Hole Records from Fayetteville and Mashed Potato Records from New Orleans. Alongside ‘Heart of Glass’, Nick Shoulders and The Okay Crawdad offer up a rousing version of ‘Rise When the Rooster Crows’, while the flip side features the swampy pop songs and dreamy harmonies of The Lostines, brought together now in celebration of solidarity and shared mission within the independent music world.

Nick was born and raised in Arkansas, spending most of his childhood at the foot of Ozark mountains in the town of Fayetteville. In his adolescence, Nick played in several well regarded punk bands, most notably Thunderllizards, but over time his interests focused in on country and folk and his family's deep ties to regional traditional singing.

He spent the later half of the 2010s in New Orleans where he became heavily immersed in the Americana music community, busking and the dancehall scene. He moved back to Northwest Arkansas in the early summer of 2020 and now joins a growing cast of country oddballs and misfits like Willi Carlisle, Dylan Earle and Jude Brothers, who are keeping a light on for the old sounds of Arkansas.

Nick Shoulders tours the UK and Ireland in November 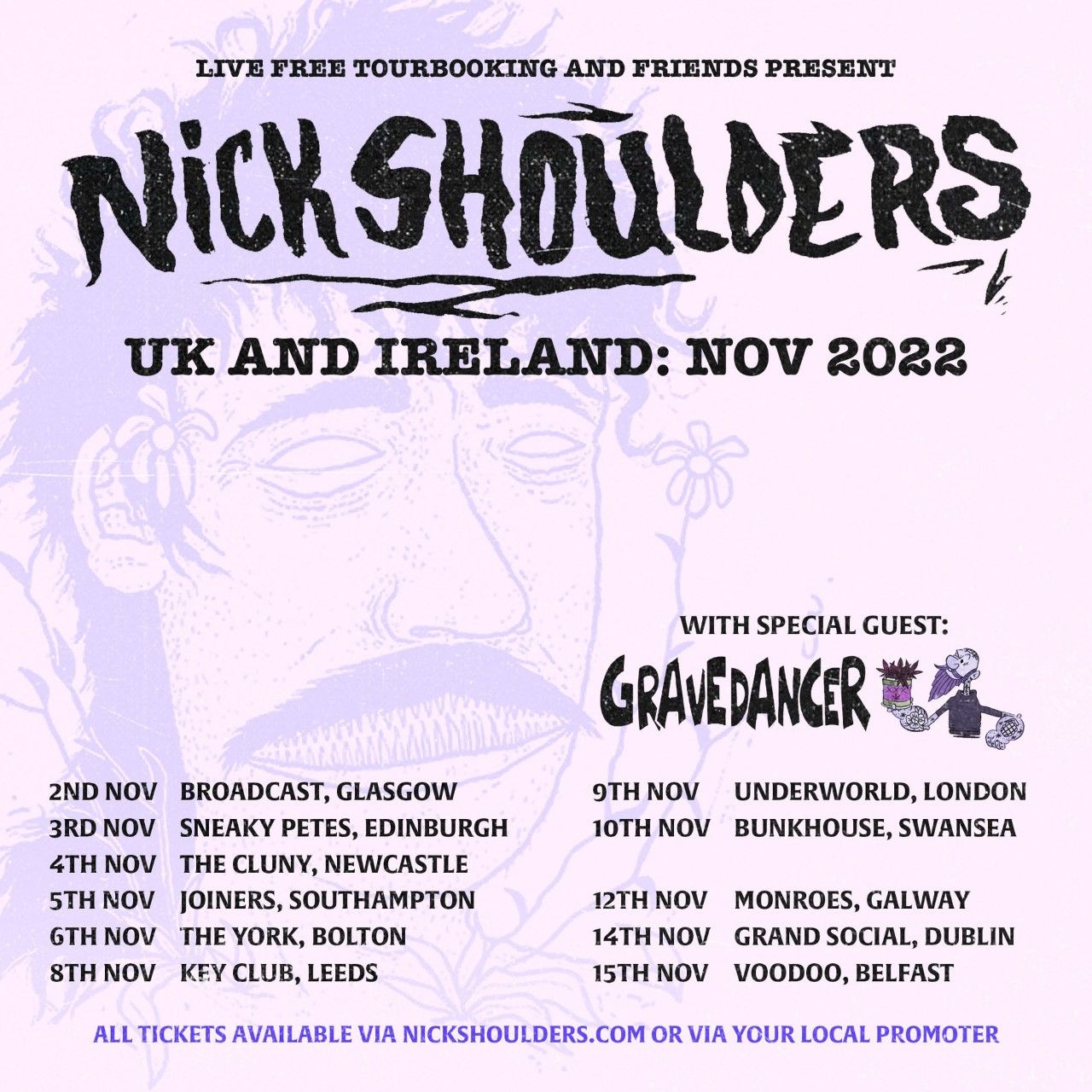 The EP will be available on cassette and limited edition 10" vinyl as well as digitally on December 2nd. Preorder here from Gar Hole Records.