The Natural State's musical heritage is as diverse as its sprawling landscape. From blues to folk, gospel to rockabilly, music has always lied at the heart of life in Arkansas, producing some of America’s most pioneering performers: Sister Rosetta Tharpe, Johnny Cash and Levon Helm, to name but a few.

“Our people are largely affected by the land around them and impacted by the natural beauty and ruggedness of our surroundings", says native artist Dylan Earl. "These artists have been challenged by the toughness it takes to forge a life here and most came from poor and rural working class backgrounds, deep in Arkansas. Perhaps this is why their music is so inspiring and contagious. Imagine if more of us had made it out to those big city studios...”

At this year's Black Deer Festival, you can experience a taste of Arkansas with the inaugural Black Deer Arkansas Porch Sessions. Musicians including Dylan Earl, Willi Carlisle and Jude Brothers will be performing live, offering up the authentic Americana of The Natural State.

Ahead of the weekend, which takes place from 17th - 19th June, Holler caught up with Earl, Carlisle and Jude Brothers to chat about what makes their home so special - the cultures, places and natural areas that have come to influence them in both life and music - for Home Sweet Arkansas. 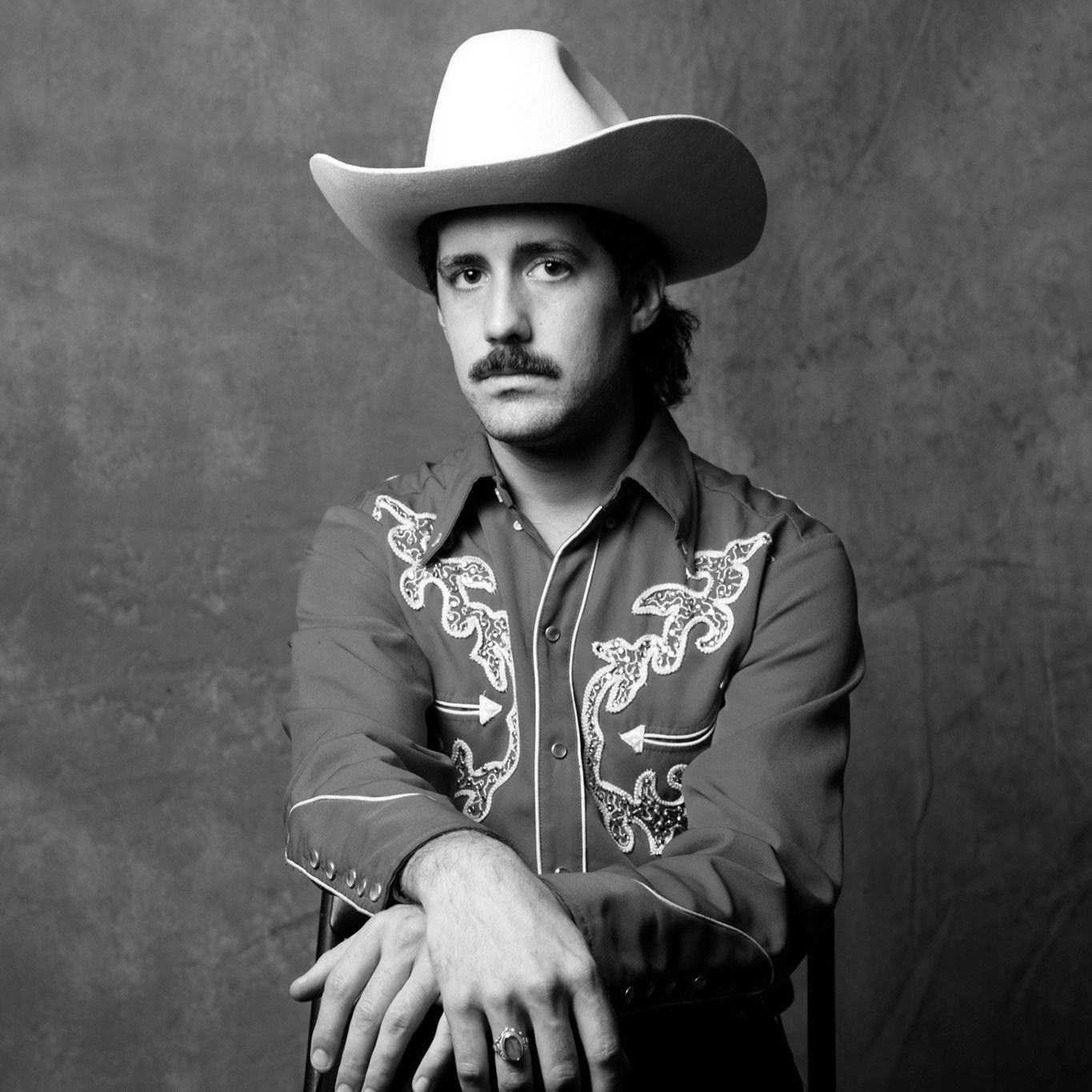 The Delta Country in eastern Arkansas is home to some of our nation’s most important musical heritages. The culture in the area reflects this and is heard in the music. So many prominent musical figures from Al Green to Johnny Cash to Levon Helm and Sister Rossetta were all born and raised miles from each other, soaking in the same sounds and sorrows that the early-to-mid-20th century rural Delta had to offer.

In turn, these artists and many others brought that sound to the rest of America and the world. These sounds are still heard every year at the annual King Biscuit Blues Festival in Helena, Arkansas, along the Mississippi River south from Memphis. It’s a pilgrimage to one of the epicenters of the American musical experience.

Friends and I regularly pitch a tent on the Mississippi levee and walk Cherry Street with handfuls of tallboys listening to the music in side alley stages and street corners - can’t beat it. Oh yeah, and stop by Jones Bar-B-Q in Marianna or Craig’s in De Valls Bluff. The hot chop pork with coleslaw sandwich is the best in existence. 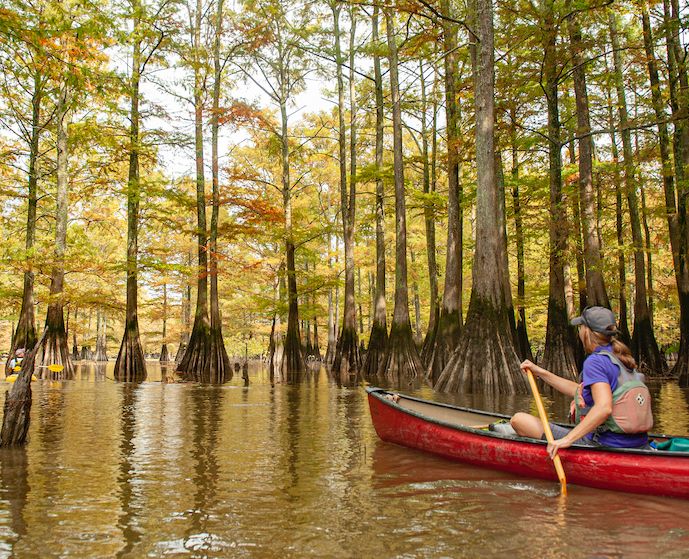 Perhaps my favorite bar/venue/cultural hub on earth is the White Water Tavern. If I could only play one bar the rest of my life, this would be it. The passion for our region's musical culture is so obvious in the hallowed walls.

Little Rock is one of my favorite towns in our country. It doesn't appear like much to the casual passerby, but a well curated guide can reveal richness that will surprise most folks. Must see/must dos include Lassis Inn, Central High Civil Rights Museum, Midtown Billiards, the extensive bike trail system, Pinnacle Mountain and so much more. I called Little Rock home for almost seven years and by god, I would do it again.

It's plain to see, I love the forest and Arkansas is loaded with 'em. The Ouachitas might be the most magical place in the state. It's the only east-to-west running mountain range in north America and is home to the state's highest point: Mount Magazine. This is a place that I really earned my creek credit as a youngster.

There are boundless swimming spots along Shoal Creek, which originates on the top of the mountain. My true home is Subiaco, located in the foothills to the north. I went to high school here and really cut my Arkansas teeth. I plan on dying near here. 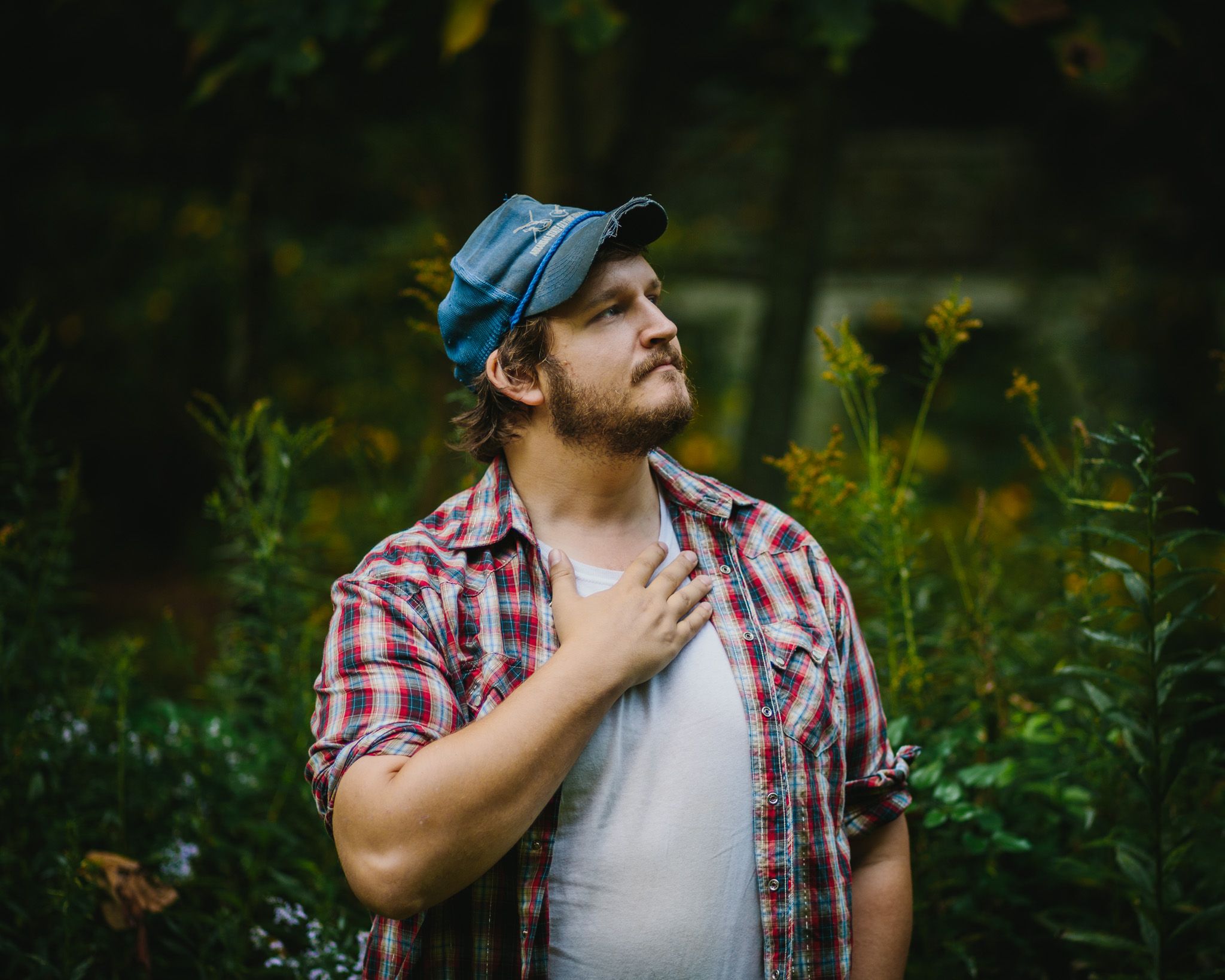 While I wasn’t born in Arkansas, I’ve been proud to call Arkansas home for the last 12 years or so. There’s something about a place like Arkansas that makes me a perpetual visitor… maybe the long history? There’s a ton of biological and geological diversity, too – five distinct bioregions. River Valley. Lowland hills. Plateaus. Hollers. I’m always listening closely, hearing the marvellous stories and histories the place has hidden away.

The folklorist budding in me thrills at it, but the lonely part of me wishes I could somehow make the place feel like home forever. Somewhere between lovesickness and homesickness, I offer you a few of my favorite spots in Arkansas.

This is the only national park dedicated to the preservation of American folk music. Founded by the likes of Jimmy Driftwood and other luminaries of the folk revival, this place is an excellent representation of how folk and country music can foster cultural preservation, while creating social and civic services for an area in the form of tourism and education.

If you think watching someone making a quilt is cheesy good fun, just you wait. There’s artisans, back-to-the-landers and wildly independent people all over the Folk Center.

One of the icons of Arkansas’ long juke-joint culture is nestled in Helena, Arkansas, near the Mississippi river. It’s a weird place, and I wouldn’t want it to be any different. It isn’t open all the time, but Helena also boasts a number of roots-music locales, including the King Biscuit Time Festival.

Arkansas’ relationship with race-relations has been complicated, to say the least, and there’s a lot of work to be done at the intersection of music and culture. Helena is a good place to bear witness to difficulties and triumphs, as they’ve been reflected in the roots music culture for decades. 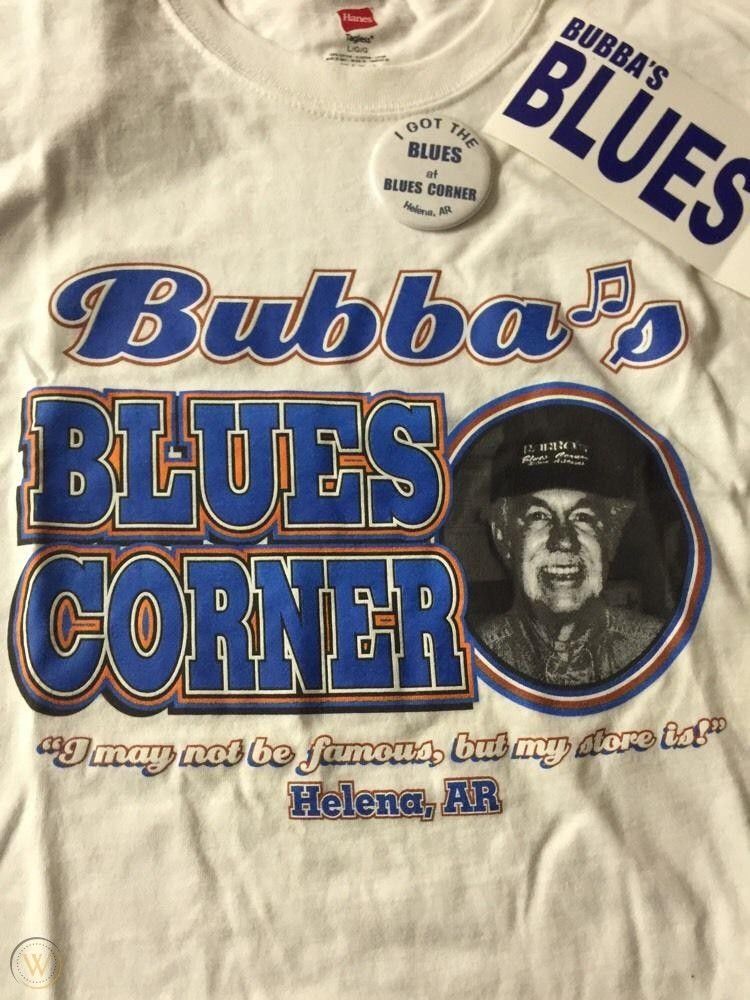 Home to dozens of objects of Arkansas music ephemera, the ROOTS HQ is the home-base of the Fayetteville Roots Festival, Arkansas’ best folk fest, curated with an eye towards regional talent and groups with special connections to the area.

While many festivals exist only in the imaginations of their producers until the festival begins, ROOTS HQ establishes a permanent residence on the square of a growing town for concerts and dances year-round. I can’t recommend it enough. 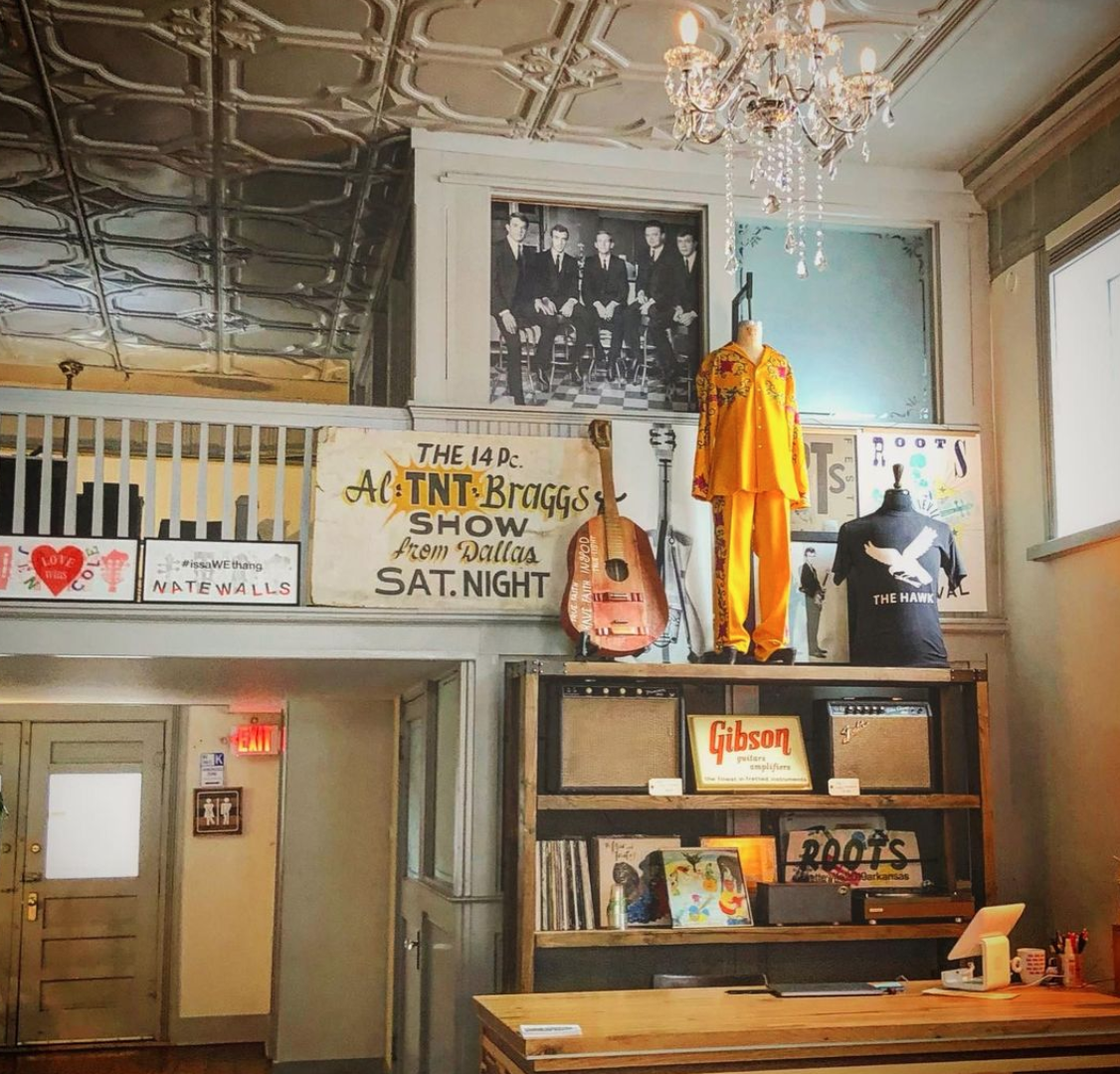 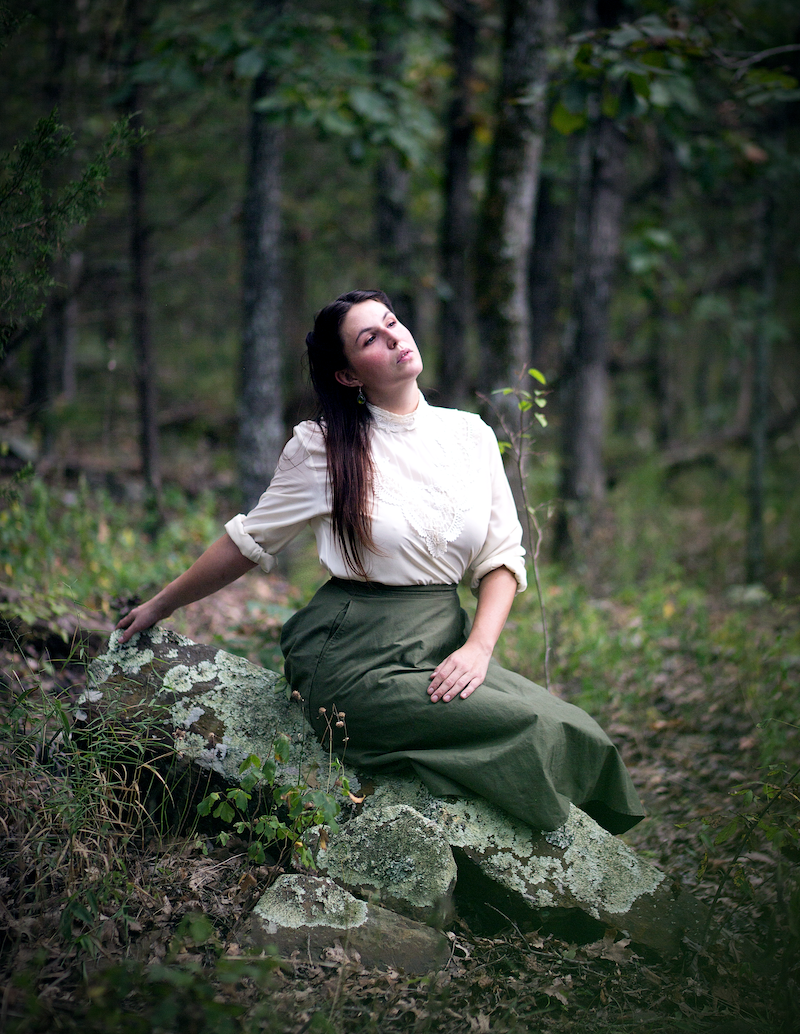 This is the first spot I thought of when asked about my favorite places in Arkansas. It’s just a little ways south west of where I live! I love returning to this place over and over again through the seasons, noticing what grows when, the water’s gradual rising and falling over time.

Each side of the lake feels its own world; a maze of giant limestone slabs, a strange little cove filled with lounging geese, a forest full of big old ash trees and delicate little dogwoods, a cedar break approaching an epic cliff from which to appreciate the breadth of the place.

My favorite part to walk is on top of the dam, when I’m lucky, flanked by walls of blackberries and passion flowers. My friend told me that the lake is made up of two creeks, sealed up to make a big horseshoe shape. I think that’s sort of tragic in a beautiful way… two creeks set upon their own paths, roaming free… and then through outside forces, they’ve become joined for eternity!

The Wilson Park Castle has been precious to me since childhood. A miniature concrete castle, built in the 70s by a fella named Frank Williams and continuously adorned over the years with stones and sculptures. It looks and feels to me like something straight out of the fairy world, or maybe the goblin realm!

I’m sure there are many other little Fayetteville-grown brats who love this landmark. When I was a little kid, it was where I played some of my best pretend, with the help of my obliging elder sibling. As a teen, it was where my friends and I would meet to plot neighborhood mischief. Now, it’s where I sit when I need to remember what all of that felt like.

Something I find really important in order to feel at home somewhere in this world is to maintain private relationships with the places I hold most dear. That is certainly not to say I have any claim on any place, that those places are exclusive, or that I see any piece of the land as "mine"- that would be dissonant with my value system!

It's just that most of my truly favorite things about Arkansas are too intimate and sacred to share out loud, unless maybe we’re driving down backroads in my beat up old car and talking about life and love and time and space.

Morgan Wallen Adds Fourteen US Dates to His 2023 World Tour