“I knew virtually nothing about country, old-time, and bluegrass music until I ventured to the American South”, says folk-blues singer-songwriter Cristina Vane. “But seeing those different musical traditions on a local level was inspiring.”

To Vane, music has always been a means of discovery. Born in Italy to a Sicilian-American father and a Guatemalan mother, the now Nashville-based artist grew up between England, France and Italy, before moving to the US at 18. A keen instrumentalist, it was during her time living Southern California that Vane found musical inspiration from pre-war American blues artists like Skip James, Robert Johnson and Blind Willie Johnson, which led her on to establishing her own authentic songwriting style.

Echoing the sounds of mountainous Appalachia, old-time country and western and American folk, Vane’s brand of blues is crafted from an eclectic melting pot of musical influences. With rustic and grungy soul, her characteristic style is guided predominantly by her resonator bottleneck, on which she experiments with slide and fingerpicking styles, whilst also often adopting a clawhammer banjo to pair with her moody vocals. 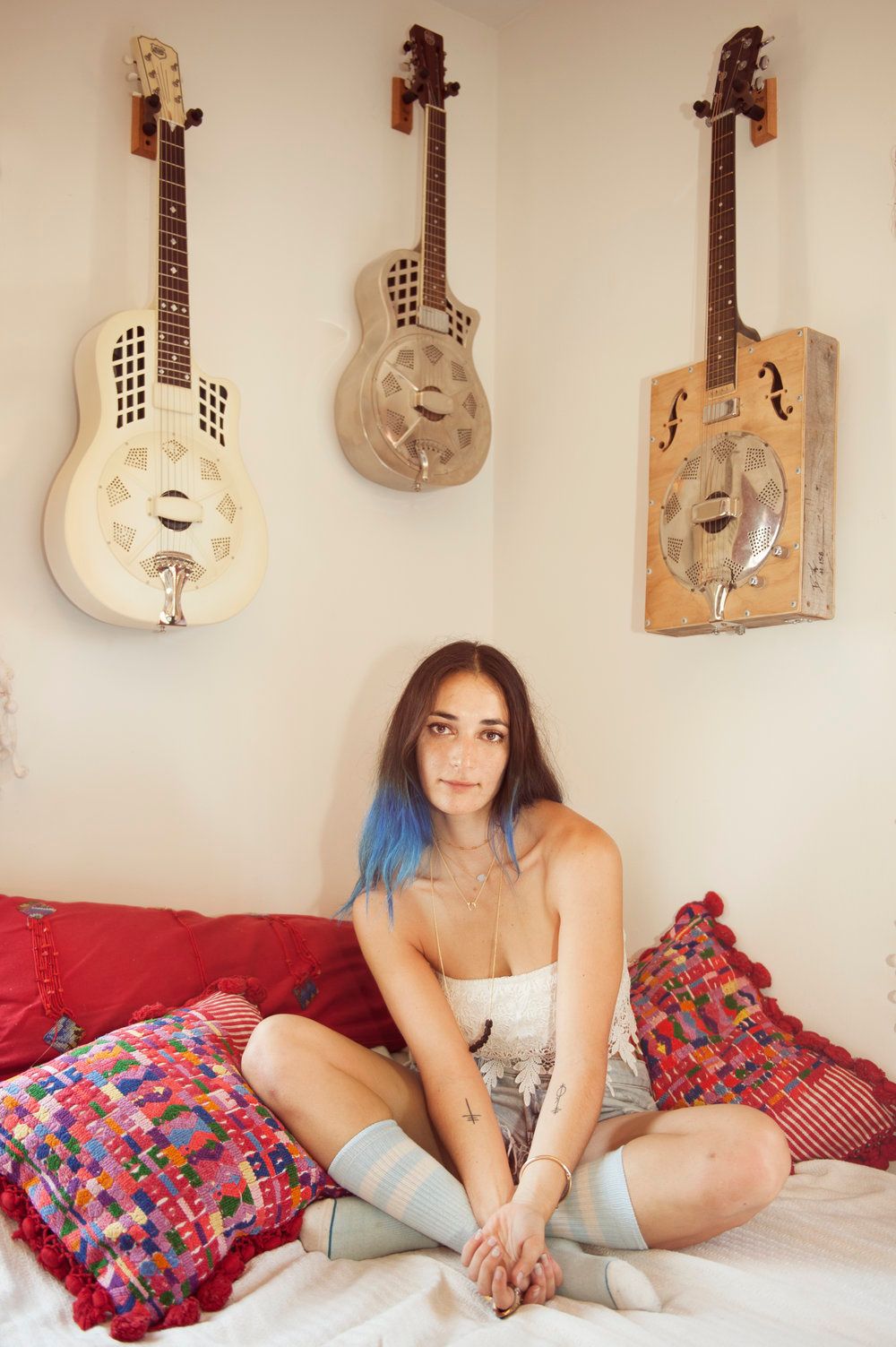 After spending almost four years playing in LA, Vane began to feel stagnant, and opted to take her music on the road. Reaching out to her Instagram fans for support, she managed to book a five month cross-country tour, playing at small bars, breweries, coffeeshops, clubs and even in people’s backyards. “My favorite part about traveling across the country was reclaiming my American heritage, which was very difficult to figure out.” she explains. “Anywhere I went I had my anthropological hat on, watching how people talk and interact. There were new places that sometimes felt totally familiar and sometimes completely foreign. Each pocket of the country has its unique flavor, and discovering the musical stylings that go along with that really informed this record”.

Vane's latest single, 'Badlands', is a gritty, growly track seeped in raw blues undertones inspired by the Badlands of South Dakota. “This song was an exercise in trying to capture the energy of a place", she says. "Out of the flat, wind-strewn setting of the prairie, the Badlands emanate and draw your attention. "You are constantly seen, for there is nowhere to hide on the plains. The toughness of the weather and soil year around, paired with the menacing, jutting, mineral rocks are what give the Badlands their name, and they are what birthed this song.”

Following the success of her tour, Vane relocated to Nashville in the hope of finding a larger community of like-minded musicians and releasing an album. Working with Grammy-award winning drummer and producer Cactus Moser was assurance enough that she’d come to the right place; and the duo quickly got on to recording Vane’s forthcoming debut studio album Nowhere Sounds Lovely, set to be released in April. “When it came to the album, I wanted it to be a reflection of who I am, not just of the old music that I’ve come to love”.

Just like its lead single, Nowehere Sounds Lovely is a collection of songs pieced together through the sights, sounds, and experiences of discovery. If the record is any indication, Vane’s ability to carry the torch of her blues forebearers is strong -and she’s just getting started.

Nowhere Sounds Lovely will be released on April 2 via Blue Tip Records.