Austin Lucas is a country artist, let’s get that out there right off the bat. People have put him in many musical boxes: Americana, alt country, indie, folk punk, you name it. But if you ask Austin, he’s stone cold country. It’s about the only neat box Austin fits in. He’s also a peace-loving anti-fascist who practices Muay Thai - a martial art and combat sport known commonly as Thai Boxing - so peace-loving yes, but he can kick some ass too if need be. He hasn’t had to deploy ‘the art of eight limbs’ so far, but as someone who doesn’t shy away from voicing his political views or openly embracing his pansexuality, you can understand why it’s good to know he has those skills as back up if reasoning fails. He doesn’t need to prove anything, but he can if he has to.

As I wait for our Zoom call to connect, I’m greeted by a cheery avatar of a tattooed Austin in a pink princess dress, complete with feathered angel wings and a flowered headdress, and both fists clenched in a boxer stance. It’s a jolly photo, but also a good reminder that as an artist and a person, making assumptions about Austin is about as fruitless as judging a book by its cover.

Austin has just been out for his daily run as he adjusts his camera and settles in for our chat. Originally from Indiana, he’s been quarantining in Mainz, Germany since the start of the pandemic, when flights were grounded whilst he was touring. Instead of rushing back to the States, he settled in for the foreseeable. Personally and artistically, it turned out to be a prosperous decision - he’s established a community of like-minded musicians and friends, and recorded and released Alive In The Hot Zone, one of his most exciting, confident, and outspoken albums to date. It’s been called a new direction for him, but it’s also a more a pin-pointed distillation of where he was headed all along. With distance and an outsider’s view of the state of the US, his observations have become even more relevant and hopeful. Plus, it totally rocks.

You’ve been quite prolific during a time when a lot of people have struggled both personally and professionally to find inspiration. Has your time in Germany given you time to reflect on yourself and inspire the art, or was it the other way around?

I feel like I’m always in the middle of personal work. I consider myself a work-in-progress that’s not gonna be done until I’m dead. I think of myself as always learning and always figuring out shit I need to call myself out on - things that need to change about me, things that need to change about the world and my conduit for communication is by and large my art. Since I am this kind of person - always in the process of trying to better myself or learning new things about collective social structure - I’m always expressing that via my art form. For me, art is personal, and I’ve experienced a shitload of personal growth throughout this period, so it’s all tied in together. I’ve been more prolific this year than I’ve ever been in my life. In the last 12 months I’ve written 35 or 40 songs. A lot of those are because I’ve started writing songs for fans, which is going to be another project people will see later on.

Is that fans giving you a specific subject and you riffing off it?

It’s basically me writing songs for people about people they love. In some ways it’s like a means to an end, because I need to make a living right now and I can’t do shows, and I really don’t like saturating the market with too many live streams. I have nothing against it - I just prefer to try and figure out other ways I can be creative in order to make ends meet. Plus, it helps me build a community and connect with people, especially at a time when we all feel really separated. Writing songs for people has been this really amazing, beautiful thing. I’m like, “Ok you want me to write this song about this person you really care about, so I need you to tell me 10 things about them that you really love, that you appreciate and respect and two or three inside jokes, the things that make you crack up every single time. I can’t tell you if this is going to be a funny song or if it’s going to be a beautiful song, I can only tell you that I will find some way to write a song for you”. 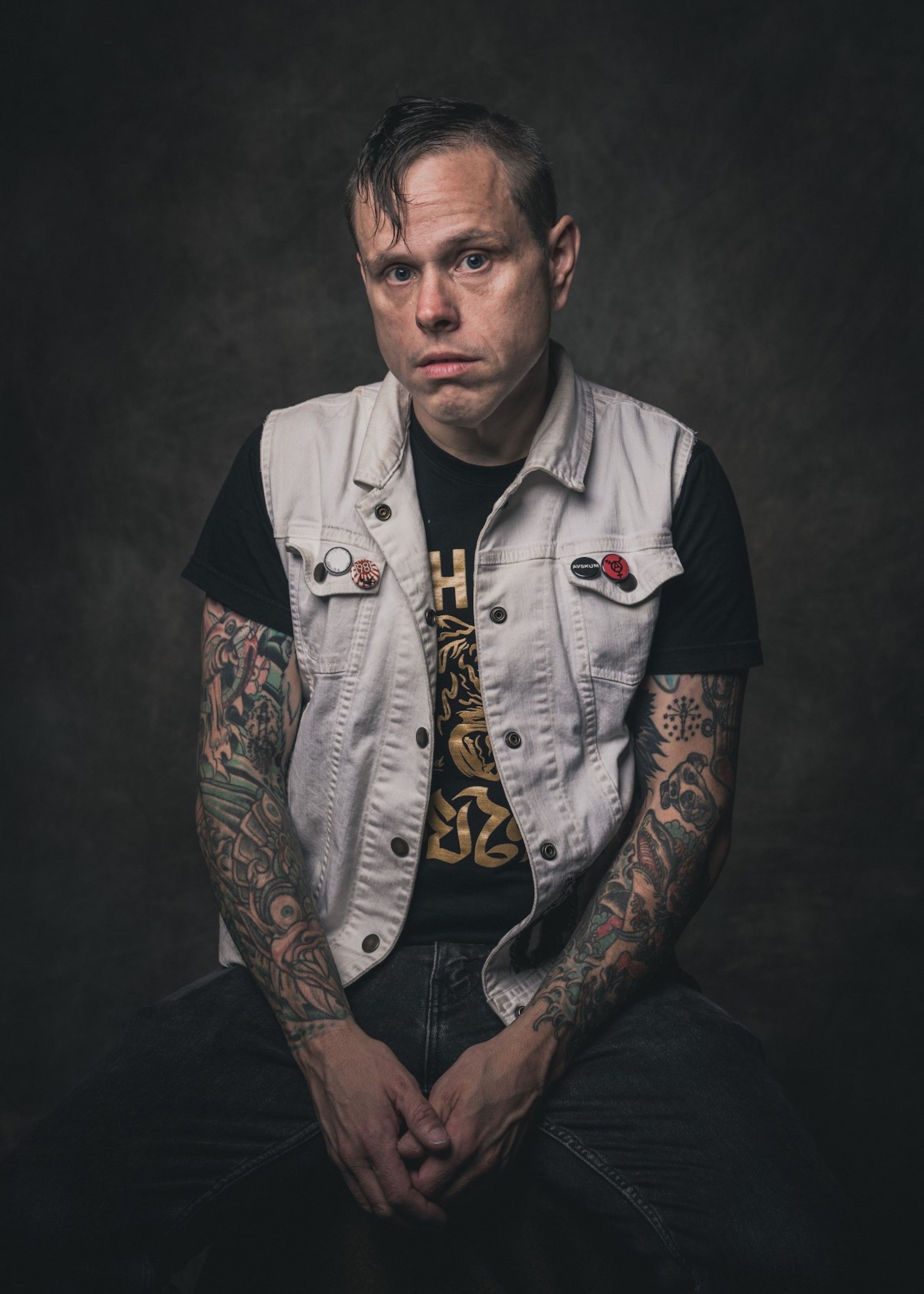 Will this be on something that you end up releasing?

It’s possible. I don’t know, some of them are really good in my opinion, which means yeah some of them are going to make it on to a record. It’s possible that I’ll just do a whole record that’s pandemic stories. That’s the thing, I don’t know what my next move is. I’m still promoting Alive In The Hot Zone and have like two more videos to shoot and release for that.

You’ve been getting attention lately for being open about your sexuality. Did you make an active decision to be more vocal, or is it just something that people have picked up on? You turn in Americana circles, which is probably the more open-minded cousin to country music, but I guess there is still some way to go in terms of understanding shades of sexuality.

Honestly, I’ve had times in my life where I was more open about my sexuality and times where I was more closed about it. I’ve gone through very distinct transitional periods. Don’t get me wrong, I think Americana is the place that you are describing by and large, but I think the landscape of the genre in the United States is not necessarily the place you’re describing. I think if you are talking about it from a European or British perspective, then you are right and there’s a lot more room for all different types of people. In the United States, it’s very different and it’s still a very cis, hetero club overall.

I consider myself a country artist, but country music is not very accepting. I’m Jewish, I’m pansexual, I’m punk - these are things that are not normal vocabulary in those kinds of camps. There was a time in my life - and shame on me - where I was just like, “I wanna have a career, I just wanna be a country singer, and I just want these people to listen to me. My politics can come later, or maybe I’ll just shut up about it and be glad I have a career”. As the course of my career took many different twists and turns, that became something that I didn’t care about anymore. 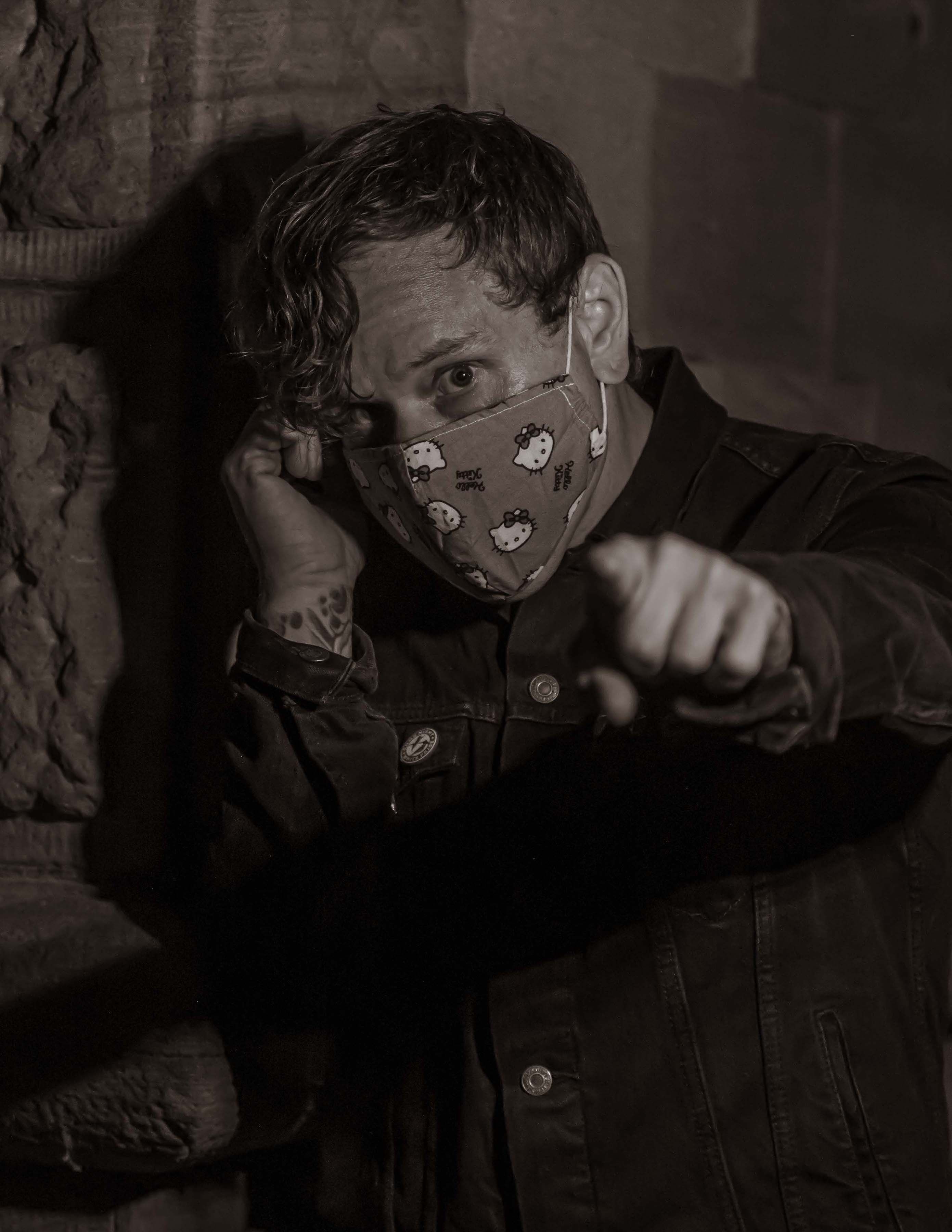 What a great place to be.

Yeah, I’m the person I am. I’m a leftist queer. I’m a person of Jewish descent. If people don't like it then they don't have to listen to my records, and if they really want to test me I’ve got that covered as well.

Dude, I don’t know. I just shaved for the first time yesterday since November. I’m releasing some acoustic singles, gonna make another record I would guess before the end of the year, and hopefully have it out beginning of next year. I’m just gonna keep on pushing on Alive In The Hot Zone - I think the more that people hear it the more they like it.