Reyna Roberts is perhaps surprisingly assured of her own stardom for a self-professed shy, bashful introvert. "Every time I get so nervous, I don't know what I'm going to say!", she anxiously laughs in the middle of a significant moment in the conversation, having already confidently expressed herself. Despite her moments of self-doubt, she's conscientious of each question she's asked, not only to ensure her point comes across but that she, in her mind, does the small amount she can to show gratification for the blessings that have come her way.

As much as Roberts may believe her courage lies in her music, it's her empowering force of nature as a person that has built her debut single 'Stomping Grounds' into not only the smash hit it is today, but also Holler's Track of the year. Upon finding out the news, Roberts can't help but shed some tears - the raw emotion felt for any accolade she receives humbly demonstrating just how much her music means to her. 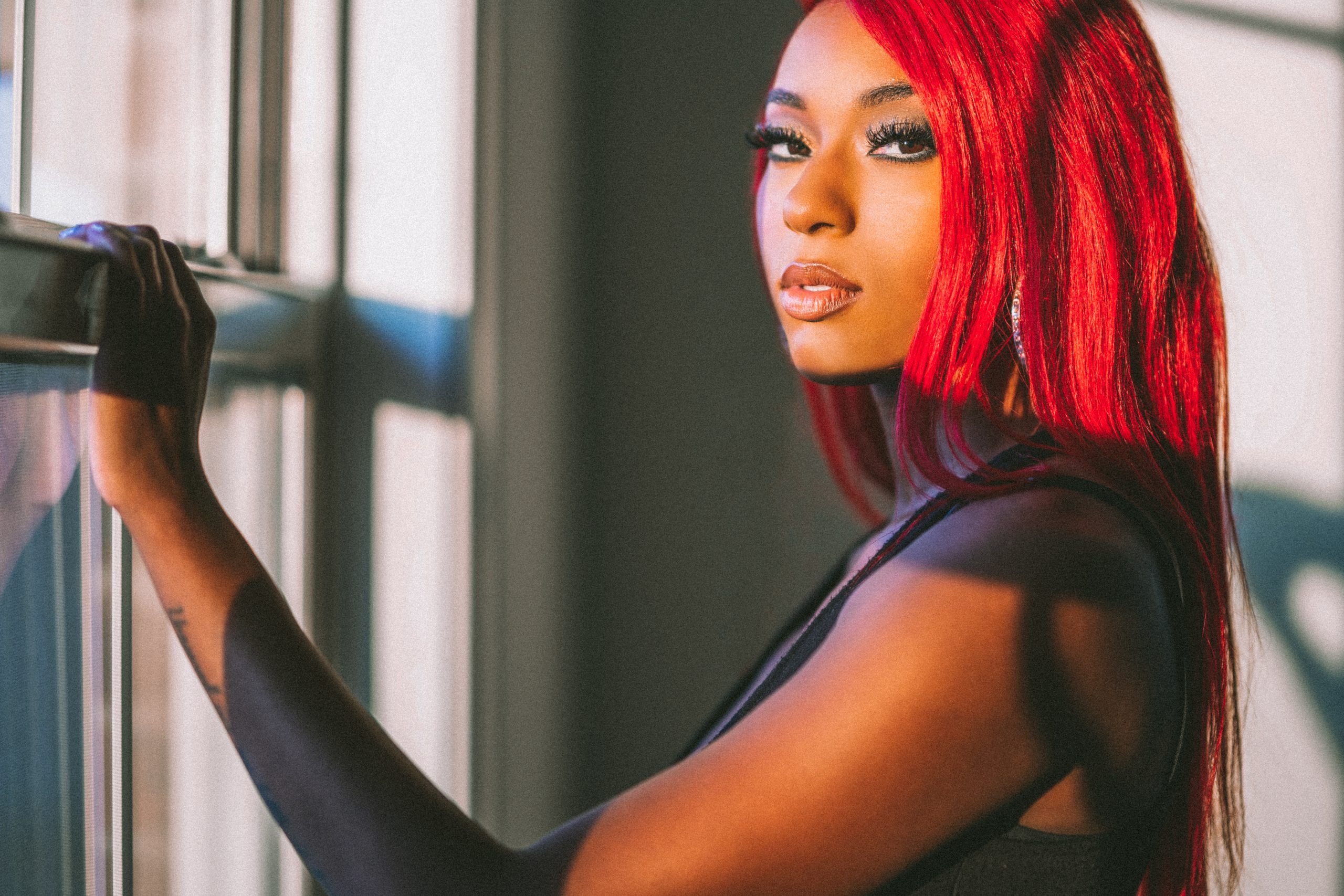 You've had such an amazing year in what, let's be honest, has been a pretty awful one in a lot of ways. Has it felt like one?

That's so hard to answer, because personally, I've prayed for as long as I can remember for moments that have happened this year for me in my career. But at the same time, you look around the world and it's completely different. So that's the hard part, because everyone is saying this is an awful year, which for the majority of people it truly has been; it's been tragic. But I can't also say yes it has been - because if I were to say that, with all the blessings I've had, it would seem like I'm not grateful, do you know what I mean?

Putting Covid aside, how different has this year been to the last?

It's so interesting, because last year I signed a contract with my management in June. They were developing me for about six months, and it's funny because basically everyone that's on my team now are the people that they introduced me to last year. They were like, "Reyna, it's especially hard for women in Country Music" - just off the bat, for women in country music it's very hard to get on radio - and I was like, "yeah I hear you, give me a year". Sometimes it takes four or five years. Now it's been a year and it's crazy because almost to the day that I signed the contract, and I'm not making this up, that's when Carrie Underwood re-tweeted the video and things started happening. Obviously I couldn't create that organic moment - but still I think it's amazing that I can say a year, almost to the day.

You say you didn't create that organic moment, but you did put your music out to the universe. Do you believe in that sort of stuff?

Yes I do, I do that all of the time, because I feel like there are people who are "realistic" and say "how realistic is that?", and I think when you do that you put yourself in a box. I know this is so cliché, but a saying my dad has always said is, "if you put your mind to it you can do anything". I feel like so many people have so much potential, but they get into the mindset of "I can't do this”, or “this isn't likely, this isn't realistic", and they are hindering themselves from going after it. I feel like failure is not trying - you have to at least try. So for me, my firsts this year have been things that I would've never thought. My first article was Rolling Stone, my first time being played on radio was the biggest country music radio station in the US, things like that - you have to just say things out loud because you never know.

You mentioned Carrie Underwood - I think she retweeted you, but she saw it because Mickey Guyton retweeted you originally, right?

Oh absolutely. In almost every interview that I've had people ask how I feel about Carrie, and I say that Mickey is the blessing, because if she hadn't put me on all of her platforms, that moment wouldn't of happened, and I wouldn't be where I'm at now.

Some people have to really convince themselves of their own worth and some people just have it innately. It sounds like you've always had self-belief, but have you ever had a fake it til you make it situation?

It’s certainly sometimes fake it till you make it. I think it's so interesting because I'm honestly saying I'm going to be a superstar and I'm going to make history for the music I create - that's never wavered, I've always believed that. With other aspects of myself it’s different though. I've always been shy, quite awkward and weird, and that's just the truth. That's always been the truth - I didn't become an extrovert probably until I was 18, where I'd actually go talk to people. I was comfortable staying by myself, playing piano, singing, reading a book, things like that. So in other aspects I never really had that much confidence, but in music it's never been a question. It's funny because sometimes I don't know if I can make friends and that kind of thing, but then I've always been like "I'm going to be a superstar".

It's certainly happening. You've talked about how Mickey and Carrie are inspirations for you, you must have some sort of awareness that you are an inspiration for young artists coming up now. Do you feel that responsibility?

Absolutely, and I feel like that's something I've always known. I want to empower people in the way that my favourite artists have inspired me, and the reason they are my idols isn't just because of their music but their character, and I've always wanted to be that same inspiration for other people. I want to be the best that I can be, and because of that that can inspire other people to be the best that they can be as well. For me, you don't see many black women in country, so I didn't know how people were going to receive me. But from my mindset it didn't matter because I'm going to make sure I can be that person that inspires others.

People need to see the door open in order to know they can walk through it. Piano was your thing for a while, right - it was the first instrument you learnt?

First and only. I started playing at eight years old. I hated it at first. It's funny, the first two times that I went to piano class I was just like, "I don't like this", but by the third class I was into it. I played classical music pretty regularly until I was 18 and then I started focusing more on creating songs.

You went from one genre that people don't necessarily associate black artists with to another genre that they often see the same way.

I'm just doing me, this is the thing. Sometimes I think people are looking for a motive, like why country music? But why does it seem like I chose country music? Why does it have to be that? Country music chose me. That's a common question - but I've been listening to all genres, especially country music my whole life, and when I was little and some people would ask me to sing a song, I'd sing 'Sin Wagon' or 'Here For The Party'. 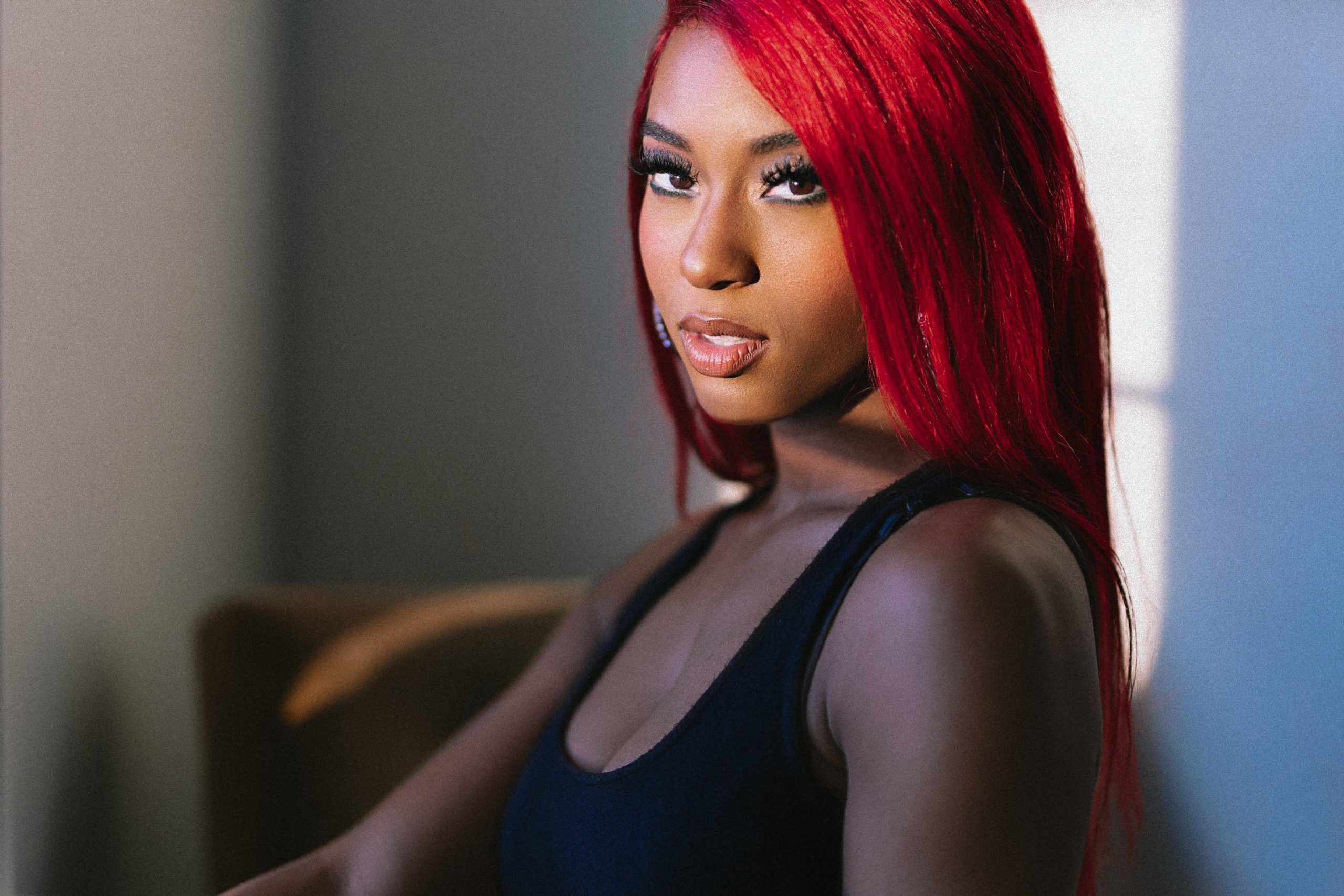 'Stomping Grounds' has taken off like wildfire. It's Holler's Single of the Year, . It just encapsulates everything that we want in a country song. So congratulations on that!

Oh my goodness, I can't tell you, it's moments like these that just warm my heart and I feel like jumping around and crying! That's genuinely amazing, thank you. I want to say so much because thank you isn't enough, but I always have trouble articulating what I want to say, but I'm sure you can tell by my reaction that I'm just kind of amazed.

It's an amazing song. You’ve said that it’s kind of inspired by your military kid background, moving around and taking ownership of your space?

Growing up I had to move a few different places, and because of that I had to make sure wherever I was, wherever my family was, that was our stomping grounds. Whether it was here, there, wherever - you have to make that place your own. But for other people have been in the same place their whole life, that's their stomping grounds - that's where they’re at and where their home is. So I feel like the track is speaking to both.

What are you putting out to the universe next year? What's the goal?

So many things! If there is touring and we're all safe I definitely want to get on some country music festivals and shows with my favourite artists. That would be absolutely amazing - like Chris Stapleton! I'm going to say it, I pray that I can tour with Chris Stapleton next year. I’m definitely going to releasing new music, and hopefully people enjoy the songs as much as ‘Stompin Grounds’ - hopefully even more.

Reyna Roberts 'Stompin' Grounds' is out now via Orchard / Sony.