Canadian singer-songwriter Bella White’s piercing debut album Just Like Leaving hinges on breakups and departures. Even though she’s a newcomer - Just Like Leaving rings true like a coming-of-age anthem for the young storyteller - White possesses an uncanny ability to capture the delicate nuances of heartache that’s often only mastered by veterans of the trade.

“Maybe I just like hurting, building up walls, and then ripping them down with my own disposition,” she sings on the sombre, wayfaring title cut. White’s crystalline vocals ebb and flow, matching the toss-and-turn nature and lines of confusion, contemplation, and regret of ‘Just Like Leaving’. While she could’ve returned to the well of heartache for similar success, the record explores breakups from a multitude of angles with the likes of the fiery ‘Not to Blame’, the fading reverie of ‘Do You Think About Me At All’, or the redemptive ‘Now She Knows What It Feels Like’.

Despite growing up on the plains of Western Canada, Just like Leaving is rooted in the traditions of sparse bluegrass and Appalachia aura. Still, those sparse arrangements never feel old, stale, or rail thin - rather, White’s heightened, poignant voice fills the void of fleeting ghosts of the past. 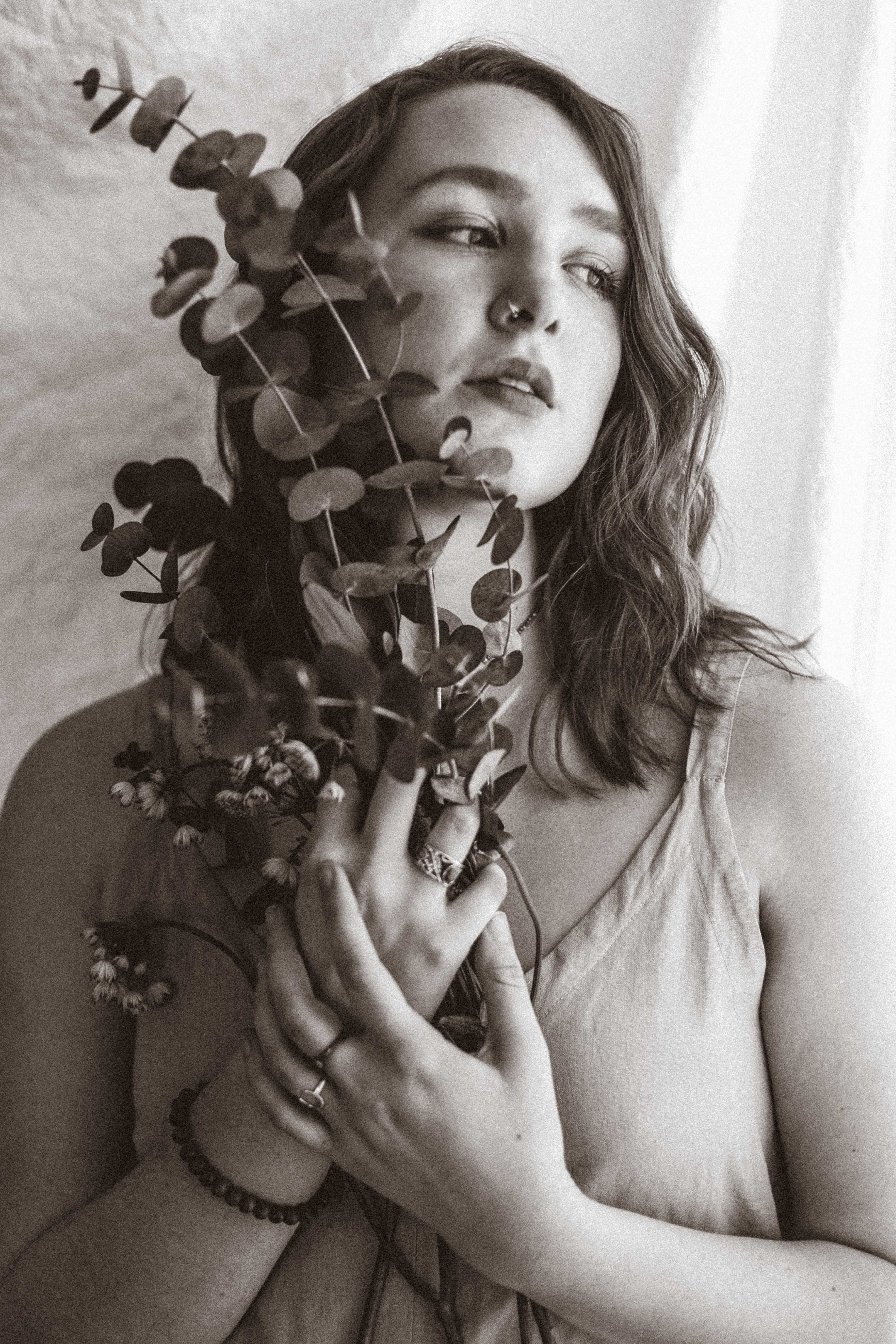 Much of Just Like Leaving’s songs come from a period in your life you spent in Boston; a time nestled between growing up in Western Canada and where you are now in Nashville. That distance and isolation seem to have some gravity for the album.

I think in some ways it was because it was sort of a “coming of age” time for me. I was relocated, moving, and experiencing new things. I think I was subconsciously aware of all that in the sense that there was a lot moving around me at the time.

On the title track ‘Just Like Leaving’ you have that line, “Some things they just like leaving, like people, love, and money and I don’t know what it’s all running from.” You deliver that line with such haste. It’s kind of the linchpin for the song. When did that line come to you?

I had just come back from some traveling and I guess that came from looking at everything around me and feeling like a lot was out of reach. Things just have this tendency to move on, and you can choose to move on with them or you can stay stagnant. I think that line came from just feeling like everything around me was moving - not necessarily even leaving - but moving is more of the word that comes to mind. But 'leaving' really just captures that essence of something being fleeting. I kind of felt hopeless or that I needed to chase the things that are moving, and in turn, that makes them feel like they’re leaving.

"I’d gone through those stages of grieving and had surpassed sadness."

You’ve mentioned before how ‘Not to Blame’ is kind of the diss track of Just Like Leaving. Much of the album’s heartache is connected to that sadness or regret, but here on ‘Not to Blame’, you play more into a fiery anger or spite.

Yeah, it is more of a diss track and I like using that word because it’s a “how could you?” song. It’s not rooted in a place of sadness. I think when you’re looking at a breakup, the leaving of a partnership, or something like that, it’s easy to get trapped in this spiral of sadness. It’s easy to feel blue or lonesome. Especially in country and bluegrass music, there’s these themes of being sad. “You left me and now I’m sad” type songs. I also think I have a tendency to come across as being really sweet and unassuming, and I just really wanted to write a song that was more of a “Hey, I can be angry too!”. And of course, I was in this situation where I was quite angry, less so sad. I’d gone through those stages of grieving and had surpassed sadness. 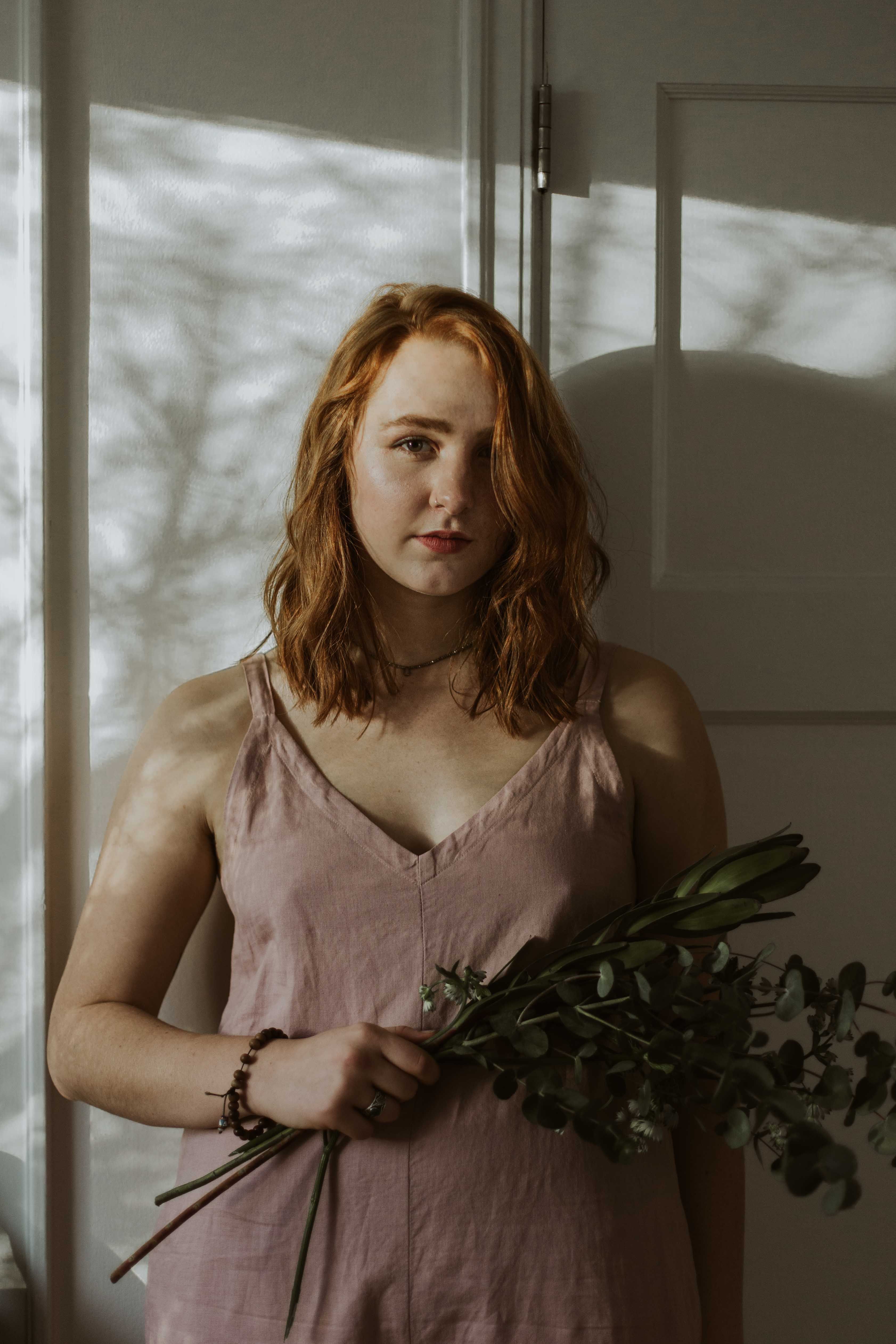 Yeah. It’s something we’ve spoken about before. There’s always a multitude of emotions and feelings attached to any situation. Sometimes you’re not able to capture the nuances across one song - but maybe you can if it’s a series of songs.

Right. It’s as though it’s a ladder. If your grieving process is a ladder, each emotion is a rung on that ladder and a song can be a rung, if you will.

On the song ‘Broke (When I Realized)’, you write about a different kind of heartache. It’s about divorce and it feels as though you tap into a different level of a vulnerability. It’s probably the heaviest song on Just Like Leaving. What was it like writing that song?

That one has an interesting story behind it. It is this really heavy song and is about divorce. So many have stories about divorce - having one yourself, being the child of divorced parents and whatnot. I definitely find that ‘Broke (When I Realized)’ has this energy that is incredibly sad; I wanted to evoke that emotion. I actually wrote it for myself as this songwriting - not to say challenge, but in this, “OK, I need to write a song that isn’t just me singing about my own relationships” kind of way. I was doing object writing to kind of challenge myself and practicing a few different songwriting strategies. With object writing, you look at a physical object and think about different words it makes you think about. So I was doing that with a rock and I thought about the foundation of a house. Then it was how when my parents got divorced, they were renovating our basement. We tore up the whole foundation of our house and that felt very applicable to the tearing up of the foundation of my life. That’s a really intense thing to say, but it felt like that at the time.

Right. Divorce isn’t easy for anyone, but for children, it can especially be earth-shattering. In this strange way, it’s like a loss of innocence. You realize that life isn’t always picturesque.

Yeah. It’s extremely humanizing in some ways too. It makes you realize that your parents are actually people and they aren’t these perfect idols who have it all together. It can be a reminder that everyone is just trying their best and maybe falling apart a little bit all at the same time.

"When I’m writing songs, I’m trying to create an emotional soundscape; having that room for the words to breathe and not be overpowered by crazy over the top instrumentals"

Just Like Leaving is really rooted in bluegrass and you really kept the arrangements sparse. It really makes a listener focus on the fundamental elements of these songs and lean further in on the storytelling and the emotional weight of your vocals. How essential was it for you to capture these songs in that way?

It was really important to me. When I’m writing songs, I’m trying to create an emotional soundscape; having that room for the words to breathe and not be overpowered by crazy over the top instrumentals. But for these stories, I didn’t want them to be overpowered. I didn’t want my voice to feel like it was buried. I’m sure we could have done this album really over the top and it’d have been really amazing in its own way, but for me, it was too much about the stories. I couldn’t let that happen.

I think the breathability of the album really highlights the instrumentation as well. Whether it’s the mandolin or the fiddle, you really can pull the emotional weight of those too.

Yeah. Each instrument has its own voice and they can be so emotive. I think the mandolin can have this whine - the fiddle definitely has this tendency to whine. You can play the cadences of those and what they can evoke emotionally. You can kind of make it feel like a conversation rather than maybe just writing in “fiddle solo here” or “mandolin solo here.” You can have these little conversations throughout a song that are maybe a little more nuanced.

Y’all also recorded and released Just Like Leaving fairly quickly too. You didn’t sit on the album. So often, an album release is tied to a tour schedule quickly thereafter. This past year hasn’t had that same luxury.

I felt in this instance it was really important because there is no “better time”. I kind of learned to think that way because initially we did have conversations about when would be the best time to release this. How do you release an album right now? In my experience though, I feel like you want to release something when it still has a lot of life left in it. The world is in such a precarious state right now where we just don’t know what it’s going to look like a month or a year from now. For me, it’s about releasing music when it still means something to you. That’s important.

Bella White's debut album, Just Like Leaving, is out now.