In Conversation: Mike and the Moonpies

Nearly 15 years into their career, Texas-based troubadours of twang Mike and the Moonpies have constantly found ways to reinvent the wheel and keep their music fresh. Led by Mike Harmeier, the group began cutting its teeth in the Lonestar State’s dancehalls, packing a nonstop, frenetic energy into each marathon set.

The different approaches are evident on the group’s studio work, whether it be 2018’s autobiographical Steak Night At The Prairie Rose, 2019’s mashup with the London Symphony Orchestra Cheap Silver And Solid Country Gold, or One To Grow On, a compilation of songs centered around the working man that dropped last August.

On the album’s initial track, the steamrolling honky tonker ‘Paycheck To Paycheck’, Harmeier laments about the frugality of living on a tight budget. From having to work on a “hard-hat crew 'cause the bills are due and I'm in up to my ears” to “telling the IRS to shove it”, he’s able to take a light-hearted approach to the oftentimes stressful predicament of “Livin' paycheck to paycheck / One quarter at a time.”

In other songs, Harmeier touches on drinking away one’s sorrows alone at the end of the day, living and learning as you get out into the world on your own and comparing his life decisions to those of his peers - ideas that can all be traced back to the idea of the working man.

Taking time between house projects during a break in touring, Harmeier caught up with Holler to discuss the concept of the working man, paternal influence, the band’s dancehall roots and more.

How do you fill the void of being off the road? Being the family man that you are, I imagine it was nice having the extra time at home, but at the same time, it must’ve been frustrating because your primary means for survival was gone.

You’re spot on about the family. Whenever I come home from the road, I’m typically a homebody. I just like to stay here. I have a little 1930’s farmhouse outside of Austin and Liberty Hill. I spent a lot of time here working on the house, including remodeling the bathroom and kitchen.

I had a great 2021, honestly, all things considered. The time that I got to spend at home with my son, who was three at the time, was a much-needed break for me. Staying home is where it’s at. I tried to take as much advantage of that time as I could.

I understand your ‘85 Chevy was a big inspiration for your latest record One To Grow On. Can you tell me about how it helped to inspire these songs?

It was really strange having that much time to write and, in the process, become a different character myself.

With me being home, It was the complete polar opposite of what my normal routine had been. I started to really get in touch with who I was. It reminded me of when I was a kid and I’d help my dad around the house or on electrical jobs. My son and I were even going to get ice cream from Dairy Queen almost daily; it reminded me of how I grew up and what I remembered from being a kid.

It was cool to dive into that and try to build characters that were based on people I knew. I basically found myself becoming them, so I just put all my eggs in that basket of trying to make every song speak to the narrative of the working man. It was a huge songwriting exercise for me.

You just mentioned your dad. How much of an influence does he have on this album, both musically and in relation to the concept of the working man?

There’s a lot of my dad’s influence in our entire catalogue, but with this one in particular I thought back often to when I worked with him as a kid. The only job I’ve had other than making music is doing odd jobs for him.

That played into it, but I was also leaning on guys I went to high school with that are still in my hometown working in the oil fields. I come from Houston where the oil and gas industries are big. So I was thinking a lot about them, especially on ‘Brother’, which explores my career path versus theirs.

One To Grow On is also heavily inspired by the sounds of Clint Black. What about him sonically were you hoping to emulate on this record?

I’ve known his brothers Brian and Kevin my whole life because of my dad. Brian even used to live at my house, so I’ve been very connected with his family for a long time.

Growing up, all I listened to was late 80s and early 90s country radio, and Clint Black’s debut record Killin’ Time was one of them. It’s one of my favorite records of all-time and definitely my favorite debut. He wrote all the songs, including ‘Nothing’s News’, which is my favorite song ever. I’ve always looked to that album for a bit of inspiration, but it was definitely a go-to for One To Grow On in how I wanted it to sound.

To me, that [Clint Black] record just sounds like the working man. It also sounds really good in my ‘85 Chevy truck. To me, they go hand-in-hand.

Looking back on the band’s dancehall roots, what lessons or tricks learnt during that time do you still lean on today?

We learnt everything from that. We learnt how to work a crowd. I think my biggest takeaway from those years was not having dead space in our sets, which is something we pride ourselves on.

In the dance hall circuit, you have to go from song to song to song, because if you lose them on the dance floor, it’s tough to get them back. You have to keep them going all night long. If you let dead space or banter take over too much in your set, it will kill the whole vibe. So for three, four or however many hours we were playing, it was all about not stopping the music.

We still do that now, even though we’re mostly just playing 90 minute sets. Every song rolls into the next.

We also never made setlists back then. I do on occasion now, but I still call a lot of audibles, which goes back to learning how to read crowds at the dance halls; when to play a cover, when to pick things up, when to slow it down. Those were my biggest takeaways from that time.

Going off that, if you could go back to 2007 and give yourself advice as you were just starting the Moonpies, what would you say?

I wish we'd started making our own original material a lot sooner. The cover thing was great, and it was getting us through the dance hall gigs because we had to play for so long, but I threw away a lot of songs back then and other stuff I wasn’t happy with. I wasn’t writing very much, really. I was more in the idea of the lifestyle of the gig.

If I could go back in time and tell myself to be more focused on the creative end of it and start that earlier, I think it would be the biggest advantage I could’ve given myself to shorten the amount of time it takes to really sell your product. We could’ve made some more moves if I had been creating some stuff more prolifically back then.

That being said, I’m very happy with our career path now and everything we’ve accomplished as a band.

Mike and the Moonpies’ latest album One To Grow On is available now. You can purchase the record from one of our select partners below: 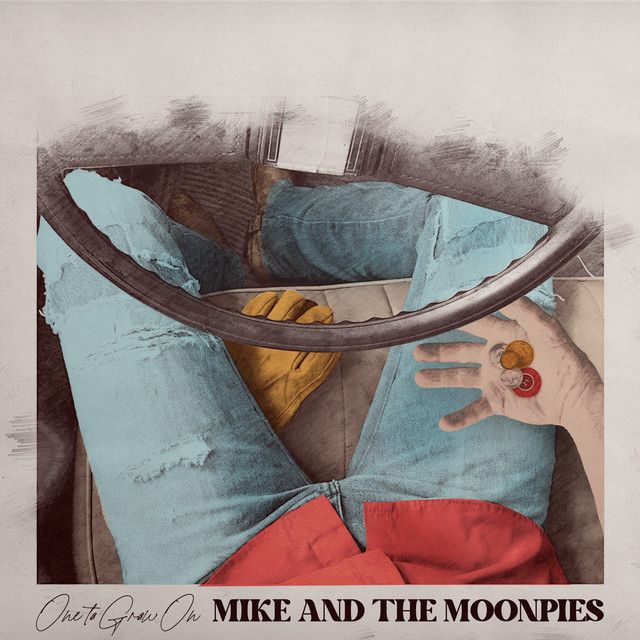