East Bound and Down: Country Music and Trucking

"East bound and down, loaded up and truckin' / A-we gonna do what they say can't be done / We've got a long way to go, and a short time to get there / I'm east bound, just watch ol' "Bandit" run."

Even prior to Jerry Reed’s infamous 1977 hit, truck songs were already a central theme to country music. In fact, ever since there’s been country music there’s been truck songs. From Red Sovine (‘Phantom 309’) to Merle Haggard (‘White Line Fever’), Joe Diffie (‘Pickup Man’), Brad Paisley (‘Mud On The Tires’), Breland ('My Truck') and Lindsay Ell ('Pickup Truck'), truck songs have truly stood the test of time.

According to Nashville by way of Calgary, Alberta artist Lindsay Ell, it’s the universal appeal and blue-collar aspect to both trucks and country music that make the two such a timeless pair.

“Everyone grew up having or knowing someone with a truck and they’re so often associated with gritty, hands-on work,” Ell told Holler. “The fact that so many people can relate to truck songs is the magic of it and why you see everyone from Tim McGraw to Breland writing them. Truck songs are as timeless as country music itself.”

Despite growing up on the outskirts of a city of 1.3 million, Ell says she began attending country music festivals around the region, like the Calgary Stampede, from a young age with both family and friends. However, it was the experiences attending those festivals with her first boyfriend at age 16 that inspired her feel good country banger ‘Pickup Truck’.

“I remember going to festivals with him in his pickup truck,” Ell says of the song she co-wrote with David Fanning and Vicky Lynn McGehee. “We’d lay in the flatbed of it together enjoying the music and writing songs together. We aren’t together anymore, but I still cherish those memories and the nostalgia the song conjures up.”

Ell went on to say that a couple of her favorite country truck songs are Breland’s ‘My Truck’ and Tim McGraw’s ‘Truck Yeah’, the latter of which was penned in part by LOCASH. According to band member Preston Brust, the song came together during a co-writing session at Sony/ATV with Chris Janson, Danny Myrick and his LOCASH bandmate Chris Lucas. He recalls the group being in the middle of a pre-write breakfast of White Castle and Mountain Dew when an executive entered the room and gave them one ground rule for the day.

“He said ‘Whatever you write today, don’t let it be about trucks. Nobody is recording songs about trucks anymore. It’s old news,’” says Brust. “After he left Danny looked around the room and said ‘So, who wants to write a song about trucks?’ He then asked Janson what he thought and he said, ‘Fuck yeah!’, before I jumped in correcting him, saying ‘No, truck yeah!’ We were off and rolling then. Before you know it the song was in Tim McGraw’s hands and he was making it his next single.”

Brust says that many of his fondest memories of growing up involve both trucks and 90s country music. Artists like Rhett Akins and Joe Diffie were both heavy in his rotation at the time and hits like ‘I Brake For Brunettes’, ‘That Ain’t My Truck’ and ‘Pickup Man’ were at the center of that.

“In high school my friends and I all had open lunch so we’d hop into our trucks or Jeeps every day to go eat at Taco Bell,” says Brust. “We’d be cranking country music the entire way there and back, occasionally stopping along the way to ride around and do donuts on the muddy backroads.”

Although Brust and LOCASH didn’t write it, the duo’s hit song ‘Summer In A Truck’ touches on similar themes of feel-good nostalgia also present in Ell’s ‘Pickup Truck’. The co-write between the aforementioned Rhett Akins, Ben Hayslip and Zach Crowell include memories of “a floorboard full of sand” and “My baby with her Ray-Bans on” as it reminisces on a “Couple months with no shoes”, “all summer in a truck with you.”

Himself the owner of a matte green colored Ford F-150 with black rims and an 8-inch lift kit, writing songs about trucks are a way of life for him that he doesn’t just project, but actually lives himself.

“I don’t think I’ll ever live without a truck,” says Brust. “As long as there’s country music, as long as there’s backroads, there will always be truck songs. It may be cliche for some, but to me it’s how I’ve always lived. I turkey hunt every spring, fill my truck bed with deer stands in the fall and love mudding. Country music has always been about stories of everyday folks working hard and having fun, something that is fully embodied by truck culture as well. The two are a match made in heaven.”

Even though she doesn’t have a truck herself (yet), Ell fully understands the symbiotic relationship between it and country music, specifically how truck songs throughout time have helped to propel the genre forward.

“It’s amazing how truck songs have constantly been on the cutting edge of country music’s evolution,” says Ell. “Its universal appeal has helped to bring in new voices and listeners to the genre like Breland, who has single handedly pushed the genre’s boundaries and opened doors into it for others with his viral hit ‘My Truck.’ Country music is forever better for truck songs and artists Breland.”

Alongside Ell, LOCASH and the dozens of other performers during the three-day event will be at the Lucky Dice Car and Bike Show. The vintage vehicle display will also include several vintage trucks, according to its co-founder Luke Passmore. He himself owns a handful of classics including a cream-colored 1970 Ford F100 long bed with a 302 V8 engine and a 2005 Dodge Ram 1500 4x4, the more recent being his daily driver.

Founded alongside the festival in 2018, the car, truck and bike show has quickly become a marquee event for Passmore that stands out from all of the other concerts and car meets he attends throughout the year. 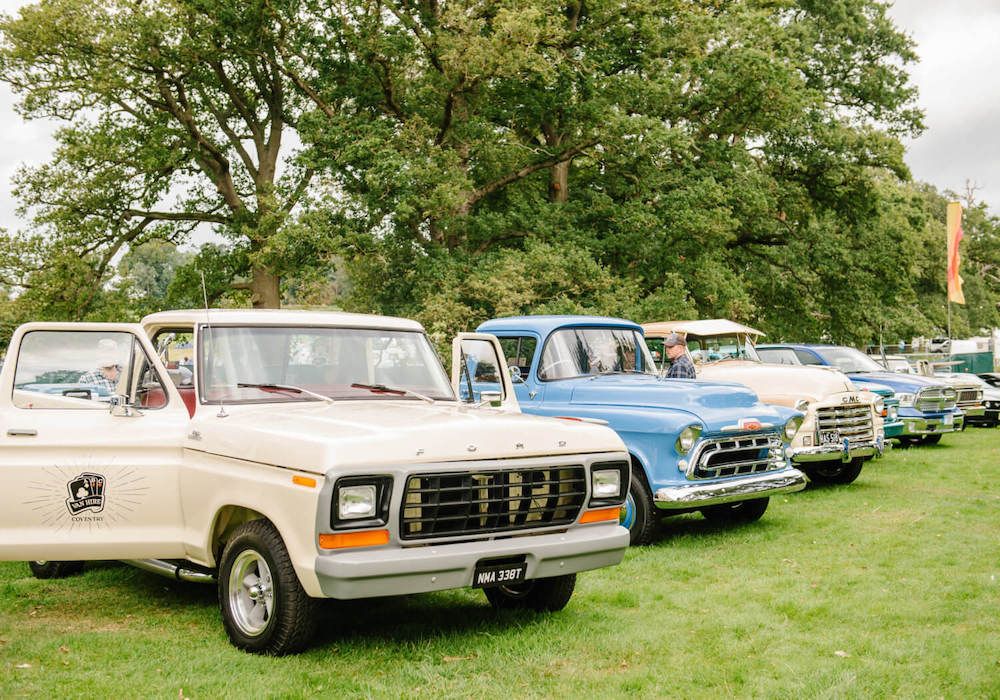 “Classic American cars and country music go together like strawberries and cream and are a big part of what makes showing my vehicles off at The Long Road so special,” says Passmore. “I'm lucky to enjoy them whenever I want, but for other people that attend the festival to suddenly be greeted by the car or truck they’ve been singing about or watching in music videos is often like a dream come true.”

Whether it’s a dream come true or just another day in the life, country truck songs have become part of the fabric that ties the genre’s rich musical history together. From its birth in Bristol, Tennessee in the late 1920s to the bustling bars of Broadway in Nashville, The Long Road Festival and beyond, it's apparent that as long as country music remains, its artists will keep on truckin’ along writing stories about the pickups and flatbeds that have shaped them.

For information on Long Road Festival 2022 and to purchase tickets, click here.