Whether Evermore is the end of the fourth wave or just its midpoint is a question it seems even Taylor herself doesn’t know the answer to. Nevertheless, we wouldn’t mind staying here a while longer still. 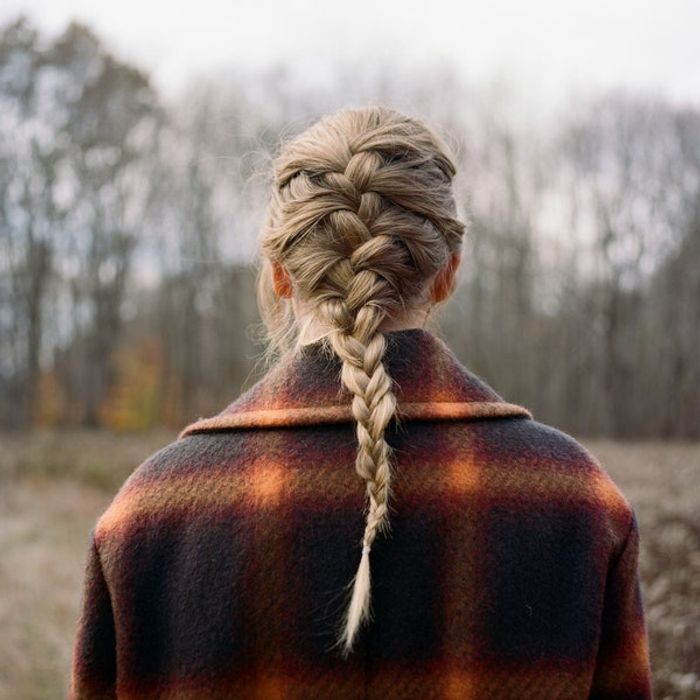 “I was dancing when the music stopped”, sings Taylor Swift a quarter of the way through her new album Evermore - providing 2020 with one of its most poetic metaphors for the way the COVID-19 pandemic stopped the world so suddenly in its tracks. Less than five months after the release of Folklore, Taylor Swift returns with Evermore, a companion "sister "record that picks up and builds on the themes and moods of its predecessor, surprise-released two days before her 31st birthday. It’s the Winter and Fall to the Spring and Summer of Folklore.

There were definitely moments during lockdown when it felt like the earth was on the mend. Making the most of the momentary break from the problems caused by a human population suddenly forced to stay home, nature was breathing a sigh of relief, and all that the humans could do was watch from their windows as the dystopian sci-fi drama unfolded around them. Taylor Swift took time out from the worst of the effects of the human population too – from the endless promotional cycles, pop videos, stadium mega-tours, and demand for content - and the creative energy those processes take up – and retreated to a quieter place. In a time of enforced stillness and reflection Swift found herself metaphorically turning back to nature, escaping into an imaginary forest of mythologies, magic and mystery. This was a Taylor Swift we’d only really seen glimpses of before, but something was obvious: she was very much now into her fourth wave.

The cast for this sequel of sorts remains pretty much unchanged from Folklore. Produced by The National’s multi-instrumentalist Aaron Dessner - who brings the rest of his band and singer Matt Berninger with him for the duet ‘Coney Island’. It’s one of three songs co-written by Swift’s boyfriend Joe Alwyn, under the alias William Bowery - along with 'Champagne Problems' and 'Evermore '– who even plays piano on the title track. The very same track also sees the return of Bon Iver’s Justin Vernon, who Swift is yet to even be in the same room as when recording. Like Folklore before it, this is still very much a Taylor Swift record though. The phrasings, keywords and melodies are all unmistakably hers, the collaborators all having been soaked into the immersive world of Taylor Swift.

As well as embracing the chamber pop folktronica and cottage-core aesthetic of the last album, it’s also the most “country” record she’s made since Red. There are four songs that could have easily slipped onto Fearless or Speak Now. She takes Carrie Underwood’s Louisville Slugger from ‘Before He Cheats’ to more than just the headlights on the Haim duet ‘No Body, No Crime’, while Jack Antonoff star-turns to add a playfulness to the pop-country of ‘Gold Rush’. Even Marcus Mumford appears to add some backing vocals on the straight-up country ballad ‘Cowboy Like Me’.

It feels like a more cohesive record than Folklore, her writing continuing to turn its back on the diaristic tone of her second and third wave albums. Its simply allowing her feelings and emotions to be reflected back off the Bettys and Dorotheas of her mythological American towns – much in the same way that Springsteen does. Unlike its companion record though, Evermore is all about closure and endings; failed relationships, friendships that have fallen by the wayside, unrequited love and the unavoidable pain and heartbreak of it all. Swift also weaves real life characters in amongst all the imaginary ones. It's most poignant on ‘Marjorie’, the ghostly lament to time taken for granted and her late grandmother - an opera singer who died when Swift was a teenager - her voice echoing back from an old recording that Dessner worked into the mix.

Whether Evermore is the end of the fourth wave or just its midpoint, it seems even Taylor herself doesn’t know. “I can’t face reinvention. I haven’t met the new me yet”, she sings on ‘Happiness’, the last song she recorded for Evermore just a week before the album was released. I suppose none of us can ever be quite sure of where Taylor Swift is headed next, but we wouldn’t mind staying here a while longer still. Hopefully we’re not out of the woods quite yet.