After years of trying to live up to the industry’s limited idea of what her music should sound like, Miko Marks is expanding to her full, kaleidoscopic range - more sharp-sighted and grounded in her truth than she’s ever been before. 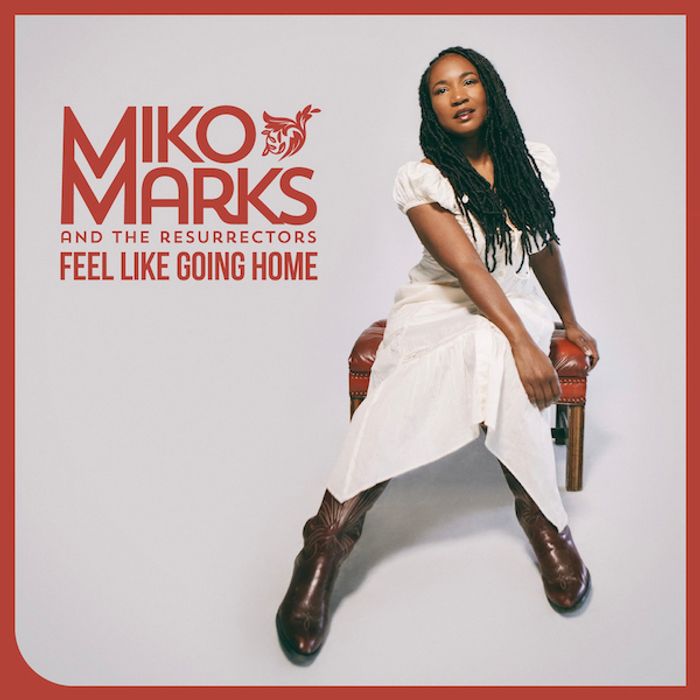 After 2007’s It Feels Good, more than a decade passed without a new album from Miko Marks; now, with two projects out in as many years, she’s making up for lost time. Feel Like Going Home, out October 14 on Redtone Records, finds her more liberated, focused and specific in her music-making intention than ever before.

Fans who loved Marks back in the aughts knew her as a sharp songwriter and country traditionalist. That descriptor still applies on Feel Like Going Home, but she’s added hyphen after hyphen to her musical identity over the last couple of years.

Marks’ early career was stymied by the roadblocks she faced as a Black performer in Nashville. Her return to the studio for her 2021 album, Our Country, coincided with a time in country music when - thanks to artists like Mickey Guyton and Rissi Palmer - Black artists’ marginalization in the genre became a topic at the forefront of conversation, running parallel to the galvanized Civil Rights protests that took place across the U.S. in the summer of 2020.

It was ‘Goodnight America’, a stripped-back ballad that speaks to themes of social unrest and change, that sent Marks back into the studio for a second try as a recording artist. “What noble vision that all men should be free / But you would never let it be / So one man’s riches mean another man’s poverty,” she sings in the cutting verses of that track.

All that backstory to say: Marks established herself as a powerful truth-teller on Our Country, and she doesn’t back down from that element of her artistry on Feel Like Going Home. ‘Trouble’, the lead single, feels like a sequel to ‘Goodnight America’ in its nod to U.S. congressman John Lewis’ famous call to “get in good trouble, necessary trouble,” in order to enact change.

And though she clarifies that she doesn’t believe in violence, Marks says she wrote ‘Trouble’ as a call to dismantle these systems - to, as she sings in the song, “shake the foundations and watch ‘em tumble down.”

Marks is a confident, sure activist in her lyrics, embracing the liberation of saying what she wants to say, how she wants to say it. Hand in hand with the messaging of her song is the sonic freedom she espouses.

While Our Country saw her beginning to branch out from the simple twang of her early career material, Feel Like Going Home, as a whole, is markedly more genre-omnivorous: threads of blues, gospel, folk and rock intermingle with her country leanings, displaying a self-assuredness that comes from casting off the heavy mantle of trying to fit into an industry’s perception of what country music is, or should sound like.

For Marks, it sounds like home - not only her literal hometown of Flint, Michigan, but also the lineage of people - particularly women - she comes from, as she sings about in another track, ‘Good Life’. Warm and Motown-tinged, the soaring, piano-inflected song tributes the singer’s ancestors, and in particular, the life her grandmother’s family lived as cotton pickers in the South, dreaming of a better life up north. Marks sings her gratitude toward their hard work for her to have a better life, and also points to her position in a lineage of women continuing the fight for social justice. “Here I am standing, standing on the rock / and I’ll keep on marching down the same roads you walked,” she sings.

Spirituality is also a prominent piece of Feel Like Going Home, encapsulating both traditional gospel - such as on the blues-forward, hymnal ‘River’ - and a more futuristic, complex and even apocalyptic take on spiritual themes. ‘The Other Side’ was inspired by a drive through the deserts of the Southwest, bringing rattling, Western-tinged guitar tones to an ode to the mysteries of the universe.

You could argue that, in choosing to let go of some of the tropes of a country singer - both thematically and sonically - Marks has released her most country album yet. At the heart of the genre, after all, is truth-telling, and Feel Like Going Home finds the singer more sharp-sighted and grounded in her truth than she’s ever been before.

But perhaps that’s beside the point. The music that Marks includes on her newest album is a holistic reimagining of what’s possible, on every level. It’s an exercise in pushing each song to fulfill its creative idea, and it’s a study of “home” - whatever that means in each song and each moment. The country foundations that kicked off her career are still there, but after years of trying to live up to the industry’s limited idea of what her music should sound like, Marks is expanding to her full, kaleidoscopic range.

When you know who you are and what you want to say, there’s no need to fit in a box.

Feel Like Going Home is out on Friday 14th October via Redtone Records.

For more on Miko Marks, see below: