With near unmatchable vocal strength, McCalla uproots hidden histories that hold the key to her ancestral past. 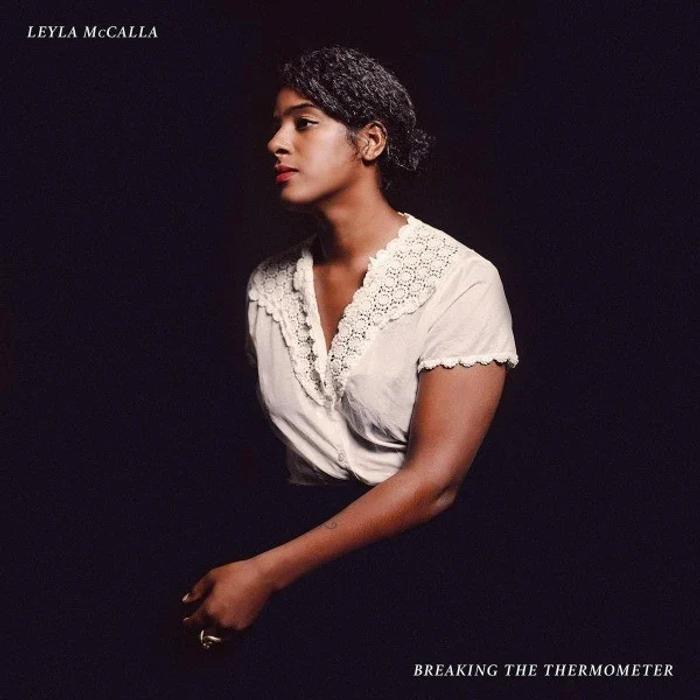 Kicking off Haitian American Heritage Month, Leyla McCalla presents components of her paradoxical upbringing in New York City by a pair of Haitian emigrant parents and activists through a new solo album, Breaking The Thermometer.

McCalla has proven a vital player in roots music tradition. The former member of the Carolina Chocolate Drops made her debut with Our Native Daughters — a collaborative project featuring Rhiannon Giddens, Amethyst Kiah, and Alison Russell — in 2019. On her latest project, she continues on her career path of illuminating Black voices and music traditions woven into the greater story of modern roots music.

The carefully curated blend of original compositions and traditional Haitian tunes flips through a layered past, challenging concepts of both memory and identity. Breaking The Thermometer was born when Duke University approached McCalla about creating a project around the Radio Haiti archives they acquired in 2016. The station — active from 1957 to 2003 — was the first to report local news in Haitian Kreyol, becoming a socio-political hub of Haitian culture in the process.

Throughout the 15 tracks here, the refined artist pieces together archival moments from both history and deep within her heart. The result is a gripping sonic journey where McCalla applies her personal experience to the broader historical context of her ancestral home.

The expansive production work results in an experiential listening experience, intended to highlight the critical nature of free expression. ‘Nan Fon Bwa’ is brimming with melodic nods to the country’s natural beauty. While it’s more gentle than the socio-political angst that follows, the track is a celebratory nod to the good memories held in this place and a nod to the resilience of the Haitian spirit.

Her vocals, like haunting echoes, present an existential cry for clarity; she questions which memories are her own, and how best to present the story of a country that does not always feel like her own to tell. ‘Memory Song’ is a melancholic meditation on the role memory plays in one’s sense of self and place. “How much does a memory weigh?” she laments repeatedly throughout the song.

Unsure of the validity of her perspectives, McCalla included excerpts of interview clips — cherished heirlooms of Haitian heroes who endured unimaginable hardship. ‘Fort Dimanche’ features the voice of a survivor of the song’s namesake, a notoriously brutal political prison during Duvalier’s regime.

Breaking The Thermometer closes as it opens, with the tranquil sound of undulating waves washing ashore. The soundbite is an eerie contrast to the lyrical content of ‘Boukman’s Prayer’ — a direct poem written by a runaway slave. With such depth in harmony, the vengeful words build into an anthemic song. It surmounts with a euphonious call to action: “Listen to the voice of liberty / which speaks in the heart of us all”.

With near unmatchable vocal strength, McCalla uproots hidden histories that hold the key to her ancestral past. ‘Still Looking’ speaks to the soul of this album, highlighting components of self-discovery within such historical context. The 20-second interview excerpt, backed by minimal instrumentation, serves as both validation and reckoning.

Unraveling her Haitian-American identity in a masterfully composed stream-of-consciousness, Leyla McCalla reveals that roots, though ancient, are alive - digging ever deeper as the branches grow.

Leyla McCalla's 2022 album, Breaking The Thermometer, is out now via Anti-.