A crash course in pure country from one of the music university’s finest and most knowledgeable professors. 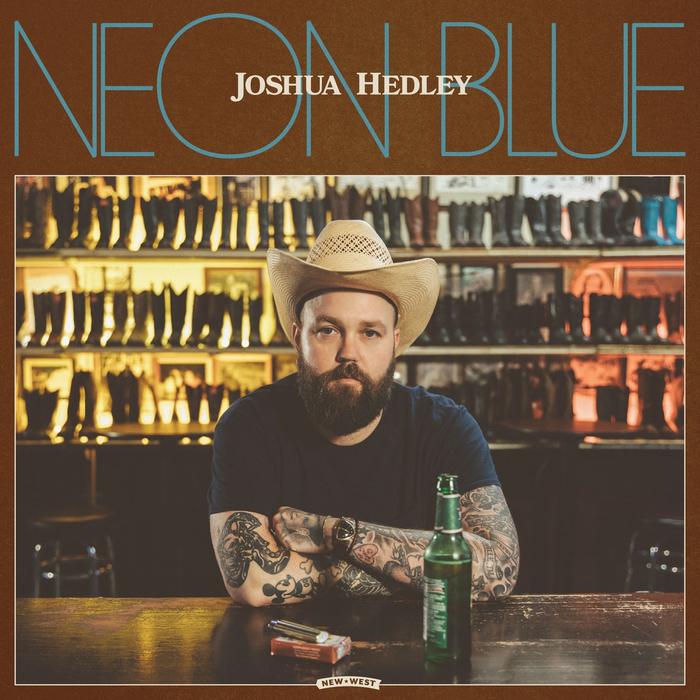 “I’m a singing professor of country and western”, Joshua Hedley proclaims in ‘Country & Western’, included on his new album Neon Blue - and few would disagree. It won’t take more than a cursory spin of this, or his similarly styled 2018 debut, to realize that’s no idle boast.

Hedley is old school and proud of it. His thick, whiskey-soaked baritone - part Randy Travis, another Dwight Yoakam and the rest George Jones - is so stereotypically country in its tone and inflection that you can’t imagine him singing anything else. His previous collection found him digging into the music’s 60s/early-70s roots. However, the instructor changes his curriculum on this follow-up, moving forward to a late-80s to mid-90s vibe.

The topics are straight out of the C&W catalog of platitudes; it’s what Hedley does with them that makes him more than just another artist inspired by past glories. There are numerous references to bars (ones with cigarette machines!), drinking, broken hearts, being financially strapped, unrequited love, cheating and even a rare hopeful selection about finding that special someone to dance with (in a bar, of course). Still, those topics are typically tied to the music he plays, and he’s not one to be getting fancy or socio-political in his humbly traditional songs.

Even if Hedley’s unadulterated honky tonk sticks to the basics, his lyrics, voice and melodic sense pull these 11 originals (and a closing Roger Miller cover) into near definitive territory. It’s no stretch to think that every track might be an obscurity from the greats of the music’s past, especially those on the smoother end of the spectrum like Jones, Charlie Rich and Ray Price. In that way, Hedley also slots into the realm of other contemporary artists like Charley Crockett, Logan Ledger and Paul Cauthen.

From the boot-scootin’ title track where he sings “If lonely was a color it would look like me” about a girl that left him dry, to the rumination of the lovely ‘Free (One Heart)’ that compares that essential organ to a broken down car as pedal steel floats through a sing-along melody, Hedley finds the sweet spot without devolving into cliché.

That’s a musically tricky tightrope, yet he balances it with aplomb by whipping out simple, heartfelt lyrics carefully crafted for new compositions that seem so familiar, you’re convinced you’ve heard them before. Credit producers Jordan Lehning and Skylar Wilson who keep the approach crisp and uncluttered, leaving room for Hedley’s expressive, sympathetic vocals that make it all seem so easy.

It’s not, of course. But Hedley and his band of studio pros dive into these wonderful tunes with efficiency and emotion, bringing new life to chords, riffs and structures most of us have tattooed on our brains.

Don’t wait until this class is full. Sign up for Neon Blue and get a crash course in pure country from one of the music university’s finest and most knowledgeable professors.

Neon Blue is out on Friday 22nd April via New West Records. You can purchase the record from Holler's selected partners below: