The Marfa Tapes is the rawest – and some might say most real - recording you’ll get from this trio - and it's all the better for it. Its unembellished sound and scruffy methodology is a quality we don’t have enough of in today’s often excessively tweaked and overly polished fare. 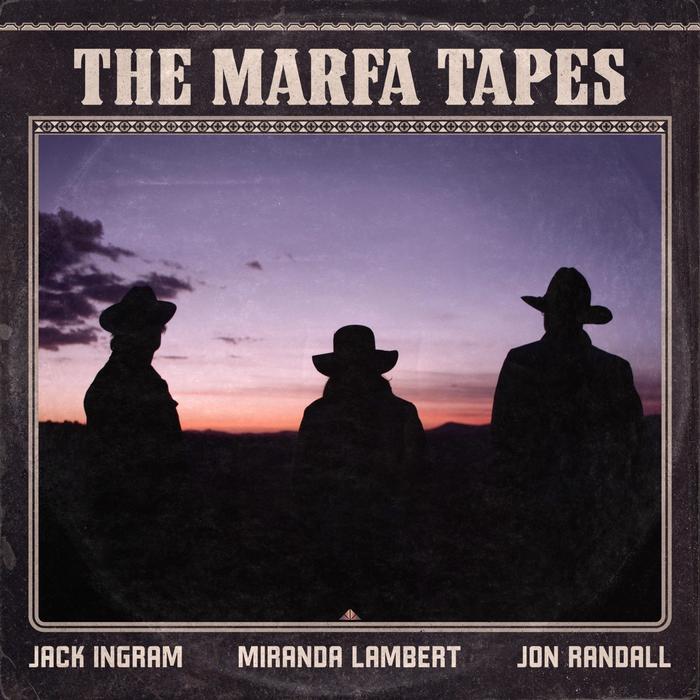 Ambient hissing, muffled banter, guitar tuning, tentative acoustic strumming, soft laughter; all sounds you'll hear when pressing play on any of the 15 tracks that make up The Marfa Tapes.

The backstory is essential to be able to appreciate this uniquely collaborative release. Ingram, Lambert and Randall had been making a pilgrimage to the titular and famously artistic Texas town of Marfa for a few years, doing what songwriters naturally do when they find themselves in an inspirational and creative environment - especially when with like-minded peers. After a few trips, they decided to record their unrehearsed performances, stressing to Grammy award-winning engineer Brandon Bell (who was at the helm) to keep the results "rough, ragged and real". Mission accomplished. The final product, captured on just a few microphones, is barely above bootleg quality audio, making Springsteen's Nebraska seem like a Phil Spector session.

This holy trinity exudes the good vibrations that clearly infected them throughout the record. There’s plenty of folk (Lambert's 'Winds Just Gonna Blow'), some country (a jaunty 'Home Grown Tomatoes' - a performance interrupted by laughing initiated by the knowingly silly lyrics), a little blues ('Always Have the Blues'), some laid back bluegrass and lots of introspective singer/songwriter selections. The concept arguably peaks on the meditative ‘Am I Right or Amarillo', where the trio sing with passion and unreserved bliss. All the tracks could expand in a variety of directions if taken into a studio and augmented with full instrumentation, yet that would ruin the charming, unvarnished, overdub-free concept at work, that which makes The Marfa Tapes such a delightful experience.

Lambert is obviously the biggest commercial draw to the trio, but she doesn't hog the spotlight. All three contribute, one taking lead vocals as the other two provide harmonies and guitar accompaniment. However, it is likely this wouldn't have been green-lit by a major label if not for Lambert's involvement, which is substantial. Her featured tracks, like the Dolly Parton referenced 'Geraldine', the ruminative 'Waxahachie' ("I love that one", she exclaims at the track's close) and especially the reprise of her major hit 'Tin Man' (initially co-written with Ingram and Randall) are the highlights. She’s in wonderful voice throughout, combining the trill of Dolly with the more serious side of Emmylou Harris.

It's no secret that liquor likely played at least a part in the overall looseness here. That’s exemplified by Lambert, who reprises her recent hit 'Tequila Does', as Randall and Ingram join on a cheerful version that is as uninhibited as the song's lyrics imply. There’s plenty of breezy delight, inviting the listener to huddle around a campfire with the artists and observe the musical camaraderie, even if they can’t physically join in with the fun.

The Marfa Tapes is the rawest – and some might say most real - recording you’ll get from this trio, and it's all the better for it. Fans of the participants should enjoy this fly-on-the-wall career side road - its unembellished sound and scruffy methodology is a quality we don’t have enough of in today’s often excessively tweaked and overly polished fare.