If this sidetrack sends some of Gov’t Mules’ harder-rocking fans back to hear the originals - while tempting them with new music - it has done its job.

Much was made in advance of this being the first all-blues Gov’t Mule album. But with frontman Warren Haynes’ membership in The Allman Brothers Band, alongside his own credentials with the on-again-off-again Mule, the genre has never been far from the band’s sweet spot.

Their relationship with the late blues great Little Milton, who often accompanied Mule on stage, was another example of how closely associated they were to the blues’ history and one of its most iconic figures.

Instead of just revisiting classics here though, Haynes not only digs deeper into the music’s rich and extensive catalog, but contributes a handful of his own songs to this sprawling 13-track, 78-minute set (a second, 50-minute disc included in the deluxe edition is well worth the extra money).

The eclectic covers range from a swamped-up, nine-minute version of Howlin’ Wolf’s ‘I Asked for Water (She Gave Me Gasoline)’, that seems if anything like a Mule original, to a straight-ahead take on Tom Waits’ plucky ‘Make it Rain’ and a thumping performance of Ann Peebles’ soul hit ‘Feel Like Breaking Up Somebody’s Home’.

The opening drive of Elmore James’ ‘Blues Before Sunrise’ sets the tone for the remainder of this raw and gutsy platter; one that reflects the core of Gov’t Mule’s rough attack, but stripped down to its essentials. Even when horns appear on Haynes’ ‘Hole in My Soul’, they augment the sound, never overwhelm it.

Haynes even shifts into rare acoustic mode for the stark title tune, where he channels the ominous spirit and vibe of John Lee Hooker and the closing Delta styled ‘Black Horizon’, both impressive enough to sit side by side with the older selections.

The frontman’s ‘If Heartaches Were Nickels’ is an emotional jam that benefits from his naturally gruff voice, while ‘Wake Up Dead’, another original, pounds out a Texas shuffle with the gritty determination of Stevie Ray Vaughan.

Another Haynes penned track, ‘Love is a Mean Old World’, thumps and thuds with the determined, hard-boiled stomp of backwoods Southern legends like Junior Kimbrough.

This excavation into the roots of Gov’t Mule’s tough rocking arrives on the heels of a similarly conceptualized collection from the Black Keys, whose blues run even deeper. But Hayes’ new material, which dovetails perfectly with the remakes, provides a unique edge.

The extra platter is nearly as powerful.

It's another batch of diverse material that ranges from a tight, pulsating run through of Savoy Brown’s ‘Street Corner Talking’, a surprise treasure in Elton John’s obscurity ‘Have Mercy on the Criminal’ and seven-plus minutes of Sonny Boy Williamson’s definitive ‘Good Morning Little Schoolgirl’, that sizzles and burns.

Digging into ‘Need Your Love So Bad’ is as much a tribute to Peter Green’s interpretation of it in Fleetwood Mac as to Little Willie John’s original.

Recording live in the studio also infuses the fittingly titled Heavy Load Blues with natural electricity, perfect for music played by a band that has the miles and years together to lock into a groove and ride it like the pros they are.

If this sidetrack sends some of Gov’t Mules’ harder-rocking fans back to hear the originals - while tempting them with new music - it has done its job.

Heavy Load Blues is out on Friday November 12 via Fantasy Records. You can purchase the record from Holler's selected partners below: 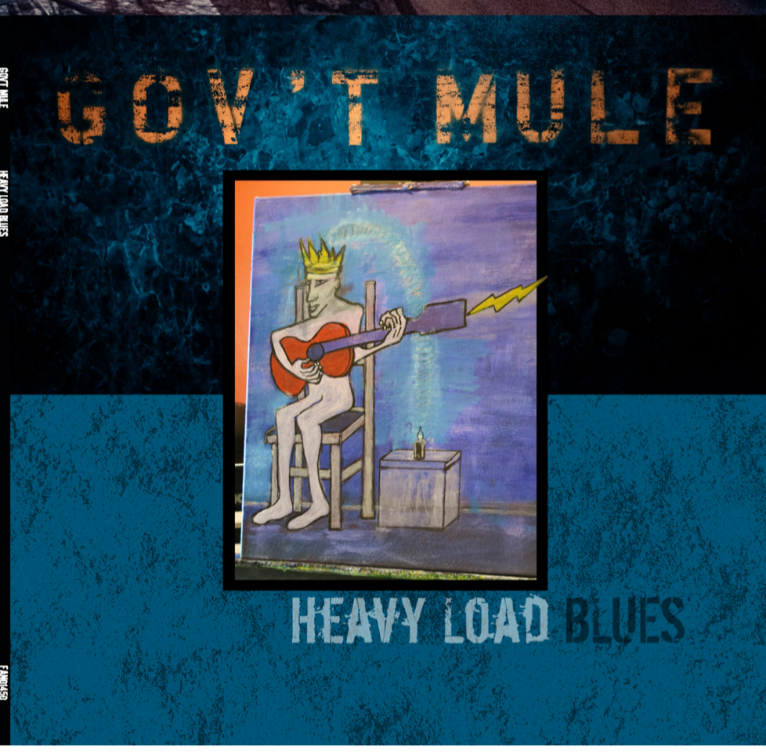