Esther Rose - How Many Times

The third album from Esther Rose - her first for Full Time Hobby - is a harmony drenched alt-country heartbreak record. While augmenting her lap steel and fiddle with glossy mountain-top folk-pop, she dives headfirst into her most introspective and deeply personal songs thus far. 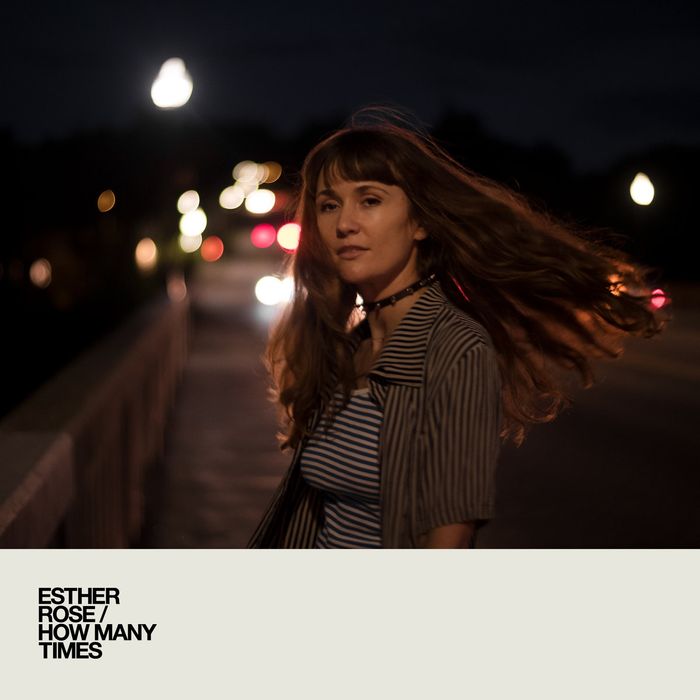 The third album from Esther Rose - her first for Full Time Hobby - is a harmony drenched alt-country heartbreak record. While augmenting her lap steel and fiddle with glossy mountain-top folk-pop, she dives headfirst into her most introspective and deeply personal songs thus far.

Written over two tumultuous years that took in touring, the end of a long term relationship and moving house three times, How Many Times is a lamentation on love, loss and distance. Produced by Ross Farbe and recorded live to tape, you can almost hear the stillness of the air in the room on the recordings, a pin-drop setting for these unsparingly intimate songs.

There's a gentle, mournful everydayness to Rose's peculiar brand of heartbreak. It's a soft reminder that, when you've had your heart broken, life – in all its mundaneness – still goes on. 'How Many Times' captures those moments when seemingly nothing happens, but everything is happening somewhere deep inside. It's for those days when you're just going through the motions of daily life, waiting for living to begin again. "Standing in the shower 'til the heat runs out / Trash is on the corner where I put it out", Rose sings, with raw awareness. Even the simple things now come fully loaded with all the softly jabbing emotions.

The album's narrative arc has been beautifully and meticulously constructed, as Rose picks herself up and puts herself back together again, piece by piece. They feel like the sort of break up songs that will sit with you at two in the morning when you can't sleep, and all you can hear is the wind outside and your heart breaking. 'Keeps Me Running', a song about realising you aren't ready to move on, is followed by the light hopefulness of 'Coyote Creek'; "Driving through the pines while the sun goes down / Shadows from the West and I'm Texas bound". Rose sings dreamily as she starts to slowly open up to life again, yet not without taking one last look in the rearview before she rounds the corner. It's messy; relationships always are, especially when they end, and it feels like the songs are in freefall, hitting every branch along the way. The only way she can let go is by trying to hold on as long as possible; until knowing for sure that she can't hold on anymore.

There's a little bit of Jenny Lewis, and more than a hint of Laura Cantrell to her warm intimacy and disarming traditionalism. Mostly though, there's just a lot of Esther Rose. It's as if 'When You Go' wants so badly to be a song about moving on, but it can't help checking one more time to see if it really is all over. It's the painful humanity and tenderness of the song - weaved together with Matt Bell's softly sighing lap steel - that makes it so heartbreaking. "I am glad it was you who broke my heart / because it had to be you who broke my heart", she sings, from the bottom step of a long climb back up.

The album ends at the top of that metaphorical mountain, the only victory being that she made it. How Many Times is a document to heartbreak's only real triumph: surviving it. After looking for the fix for the pain and the sadness, she realises there isn't one; you just simply learn to live with it. It's a beautifully honest portrayal of the messiness of a relationship ending, finishing like a film that ends with "To be continued" flashing up on the screen. It's still at the top of the mountain; the fun begins on the walk back down. But for now, we can just sit and enjoy the beauty in the sadness of it all.