Heart & Soul is a tour de force of heartland rock and driving country soul that more than holds up under the weight of its own ambition and influences, as Church gloves up for three more rounds of fighting the good fight for country music. 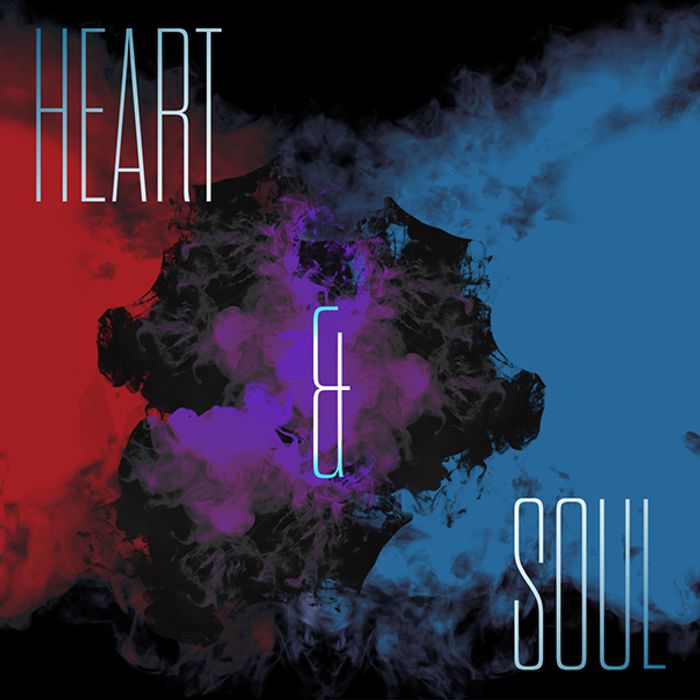 There are no half measures with Eric Church. He’s an all in kind of guy. If you needed a lightbulb changing, you know he’d turn up at your door with a van full of tools and a team of professionals to get it goddam fixed. If a job’s worth doing, it’s worth getting Eric Church in to do it.

So, it’s perhaps not surprising that Heart& Soul, the result of a month-long retreat to a cabin in rural North Carolina, is a three-part country rock opus. Joined by his band, an army of songwriters – including Luke Laird, Jeffrey Steele and Casey Beathard – and his long serving producer Jay Joyce, the trip was taken with the aim of writing and recording a song every day. Even by Church’s own boundary pushing standards, he was going a hell of a lot further than usual to get the job done this time.

Written and recorded in January of last year, the reigning CMA Entertainer of the Year has turned away from the overcooked and overcut Desperate Man, returning instead to the earthier, heart-on-its-sleeve songwriting of Mr Misunderstood. It’s sprawling and gloriously ambitious, alike to the audacious White Album by The Beatles or Sandanista! by The Clash. Although it feels raw and unedited – written, as it was, almost on the fly - it’s the spirit of being up against it and pushed to the limits that the record draws its energy from. Split into three distinct (but intrinsically connected) albums, Church has created a loose concept trilogy on the transformative power of music and the ability to bring people together with music. Written and recorded before the worldwide Coronavirus pandemic took hold, it feels strangely prescient; taking on the weight of coming out after everything that’s happened in the last year and releasing it into an America that feels more divided than ever, there’s a desperate need for something to bond over.

Musically it’s very much embedded in the heartland; this is Top Gear country - winding its windows down and tapping its thumbs on the steering wheel, taking its cues from Born In The USA era Springsteen and John Cougar Mellencamp. There’s even a hint of Meatloaf to the over-the-top rock melodrama of ‘Heart Of The Night’ and ‘Russian Roulette’.

Heart has ‘Stick That In Your Country Song’ as it’s impassioned centrepiece; a one-size-fits-all anthem of pride, righteousness that provides a fist-pumping state of the nation address. Church lays it all out - underpaid and overworked teachers, war veterans, empty factories and boarded up windows, social injustice and a broken American dream – in an emboldening country rock call to arms.

Aside from the fact that Church has essentially called a whole album “And?” - like a surly back talking teenager - the & ­album includes two of the collection’s most tender moments. Charlie Worsham joins him on mandolin and electric guitar for ‘Doing Life With Me’, a breezy little number in which Church quietly contemplates all the things his loved ones have had to put up with over the years. While ‘Through My Ray-Bans’ has Church wistfully looking out through his signature sunglasses on his crowd and longing for that togetherness. Dedicated to the victims and survivors of the Route 91 Harvest festival shooting in Las Vegas, it’s given further poignancy by coming out into a world where live concerts haven’t even been a possibility for the last twelve months.

Considering it was recorded in a remote cabin in the North Carolina mountains, it’s quite an achievement to have pulled off an album that keeps up the same relentless energy as their live shows. Church and his band ramp up the country funk for Soul, infusing the songs with a sassy R&B feel. By turns it sounds like the Rolling Stones remaking Exile On Main Street (‘Where I Wanna Be’), Diamond And Pearls era Prince (‘Look Good And You Know It’) and an unlikely collaboration between the Bee Gees and ZZ Top (‘Break It Kind Of Guy’). Joanna Cotten has always been way more than just a back up singer for Church, and no one is putting baby in the corner here; she’s front and centre, the soulful powerhouse that give the songs their lift.

Heart & Soul isn’t without its faults, and for all its dashboard pounding social conscience, it feels like the buttons Church chooses to push are often the ones with the least fallout. There aren’t too many cats being thrown among the pigeons here, but maybe it’s baby steps for country music. Even if it feels like he’s preaching to the choir a lot of the time, there’s always that feeling that if he carries on putting out albums like Heart & Soul, his congregation will just keep growing and growing, and in times like these – with country music having to take a long hard look at itself – that can only be a good thing. Heart & Soul is a tour de force of heartland rock and driving country soul that more than holds up under the weight of its own ambition and influences, as Church gloves up for three more rounds of fighting the good fight for country music. You can’t help but feel he’ll be taking this one all the way to twelfth.

Heart is out now and Soul will be released on Friday (4/23) via EMI Records Nashville. & is out today exclusively to Eric Church club members. For more information click here.