The beloved festival — which boasts attendees who show up not just year after year, but decade after decade - underlines what it has grown to encompass since its earlier bluegrass days; you might even venture to call it “traditional plus plus”.

Carrying camping chairs, coolers and an array of instruments, people began trickling into the small town of Wilkesboro, North Carolina on Thursday, for the start of the four-day “traditional plus” festival known as MerleFest.

No, that’s not “Merle” as in Merle Haggard, but famed bluegrass guitarist Doc Watson’s son Merle, who passed away unexpectedly in 1985, prompting a tribute that turned into a festival in 1988.

The beloved festival — which boasts attendees who show up not just year after year, but decade after decade — had to cancel in 2020 and postpone its typical April dates earlier this year. But, after instituting a series of safety precautions that included a vaccine requirement or negative COVID test, MerleFest threw open its gates Sep. 16-19 and made up for the lost time.

The refreshed lineup brought out a serious number of heavy hitters. Each night featured two big names: Margo Price and Sturgill Simpson on Thursday; LeAnn Rimes and Tedeschi Trucks Band on Friday; Sam Bush Band and Shovels and Rope on Saturday; and Mavis Staples and Melissa Etheridge on Sunday. That variety underlined what the festival has grown to encompass since its earlier bluegrass days — you might even venture to call it “traditional plus plus”. But it was the artists who expanded what it means to play traditional or roots-related music that delivered some of the weekend’s most exciting performances. Singer/songwriter Amythyst Kiah played two moving sets, mostly off her new album Wary + Strange. While many of the white performers preached an innocuous “love is love” message, Kiah got straight to the point, telling the crowd not to ignore the past and promoting inclusion, diversity and understanding. North Carolina native and queer multi-instrumentalist Joe Troop told the crowd that gathered to hear him at the Dance stage on Friday that he’d grown up at MerleFest. In the vein of classic protest music, much of Troop’s songwriting aims to call attention to contemporary issues. He played one that he’d been commissioned to write in defense of the U.S. Postal Service, aptly titled, 'A Plea to the U.S. Government to Fully Fund the Postal Service'. 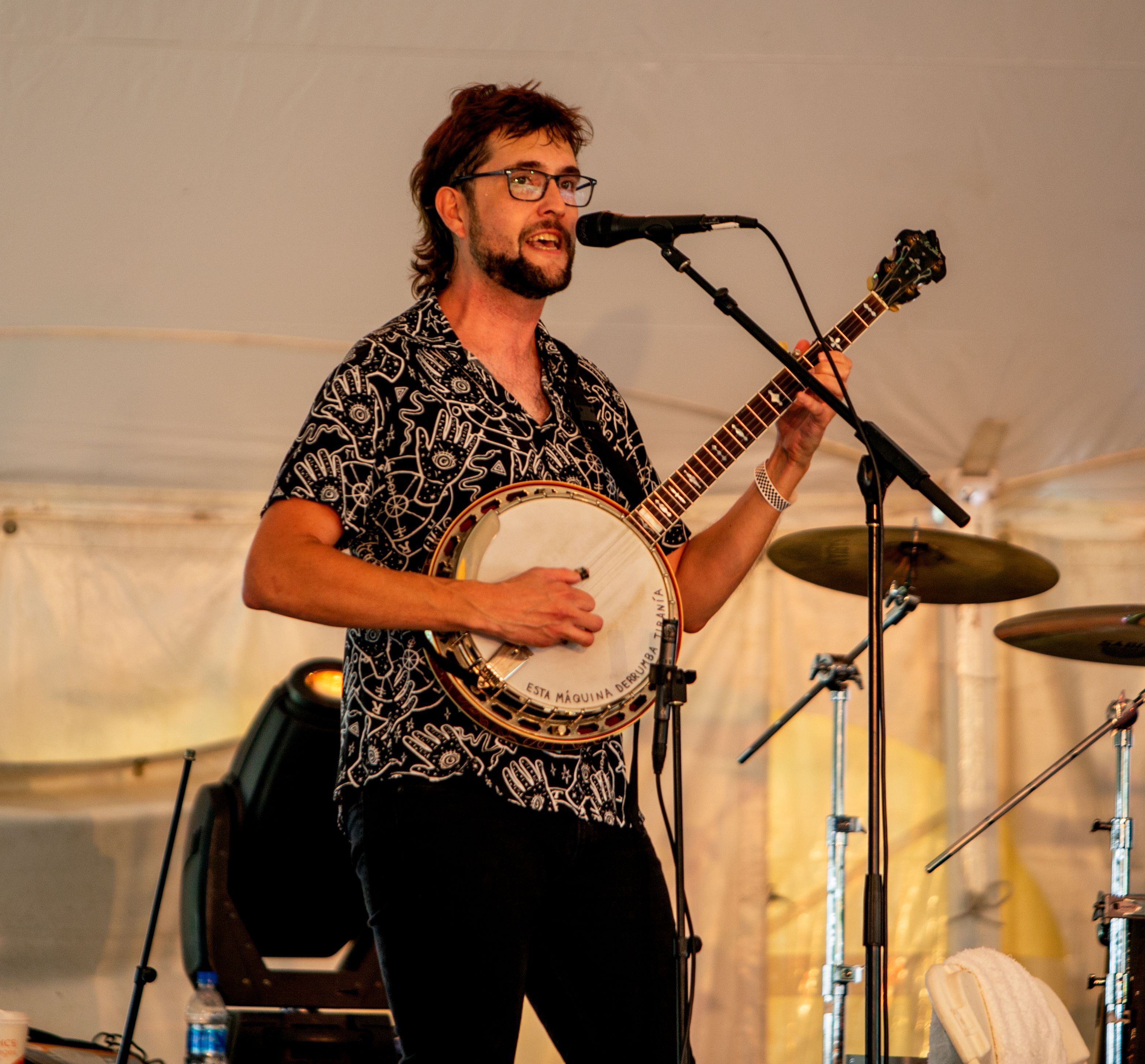 Rising guitar star Yasmin Williams gave a rapturous performance on the smaller Cabin Stage, sitting adjacent to the main Watson stage, on Saturday evening. Williams played a cover of Post Malone's 'Sunflower', as well as 'Juvenescence', 'Through the Woods', and other songs from her new album Urban Driftwood. Williams matter-of-factly explained how living near D.C. during the George Floyd protests had influenced her latest compositions. Country darling Charley Crockett opened the Watson stage late Sunday morning, and the way he packed out the crowd suggested that country music, while slow to change, is budging. Dancing around the stage and crooning in his lower baritone, the singer — who is of black, Jewish and Cajun/Creole heritage — delivered a fun kickstart to the last day. He sang his hit single 'Welcome to Hard Times' and the slower number 'I Need Your Love', among others.

In his wisecracking fashion, he joked with the crowd about the number of shows he’d played recently — 15 in seven days — and wanting to know who to “pay off” to get a later time slot at MerleFest so he could rest. The crowd couldn’t get enough. But diversity on the bill, unfortunately, didn't translate to diversity in the audience, a problem most bluegrass or traditional festivals face. Given that MerleFest has been — or seems to be — invested in broadening its lineup, it’d be a welcome change to watch the makeup of attendees shift as well, to see artists not always have to share a message of education but one of understanding.

Crockett managed to get the people dancing, but that turned out to be an action largely relegated to certain areas of the festival, like the Dance stage or the seatless Americana stage. MerleFest surrounds its two largest stages, Watson and Hillside, with chairs, which is a nice touch for the older crowd, but it either means you’re blocking someone’s view if you want to dance or there’s limited room to do so. 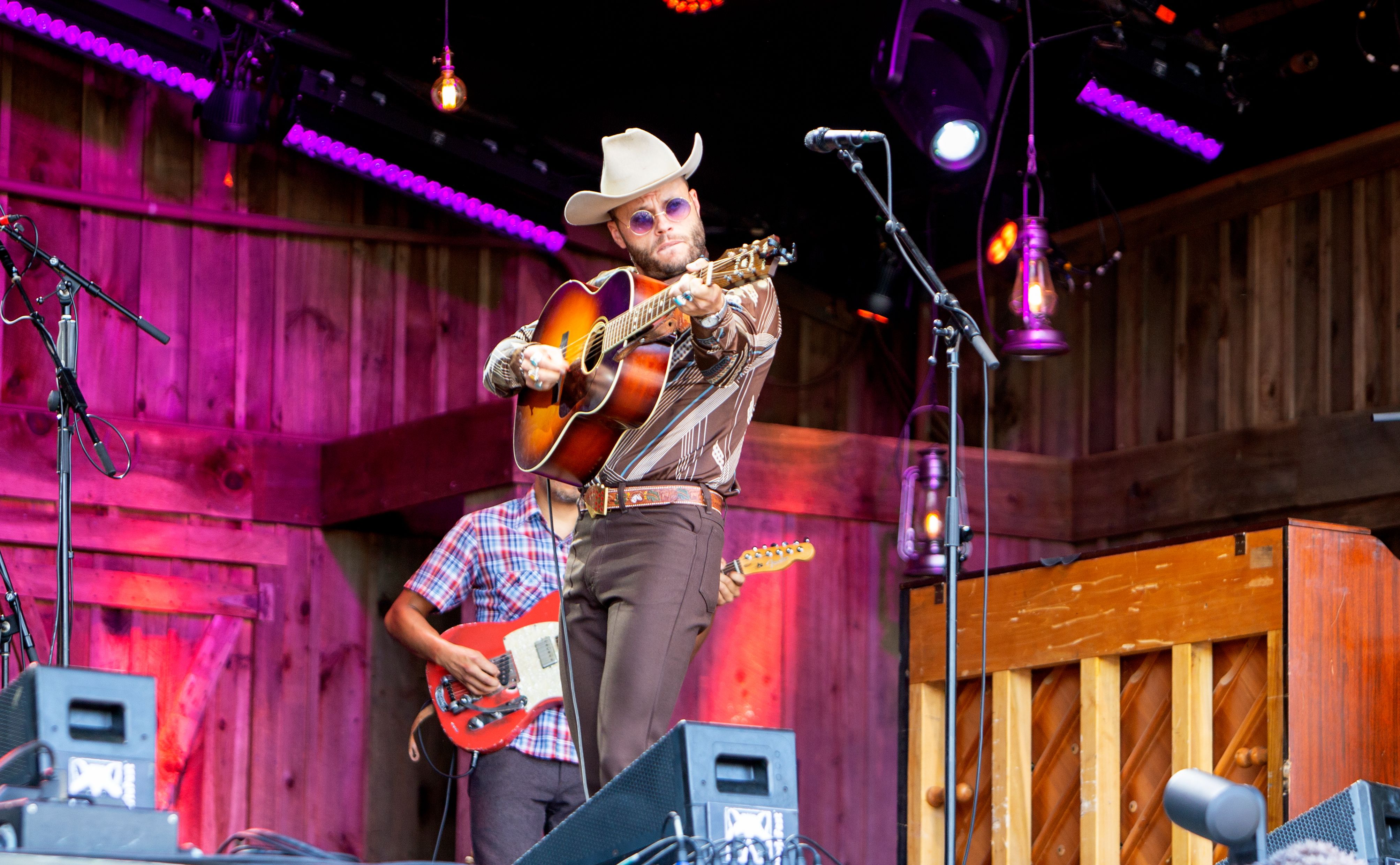 Instead, MerleFest is better known for cultivating rapt, attentive audiences who prefer to sit and listen, an environment that didn’t, forgive the pun, sit well with every performer. Sturgill Simpson seemed slightly uncomfortable that the blistering bluegrass he and his Hillbilly Avengers delivered wasn’t more energetically received. He questioned the crowd’s energy level on Thursday night, explaining that he’d expected people to be “throwing chairs” after spending the pandemic sitting inside watching TV. Still, of all the crowds to appreciate the musical turn Simpson has taken, it was going to be at MerleFest. Ahead of his set, fans excitedly discussed the storied bluegrass players, such as mandolinist Tim O’Brien, who would appear onstage with him. They were more than content to sit quietly and listen to his music, feeding the conversation they’d have later about it. The crowd MerleFest attracts — older and family friendly — has much to do with its no-alcohol policy, a move which inevitably deters a certain type of festival-goer and encourages another. The people who show up to MerleFest genuinely want to listen, enjoy and commune around music. They don’t exactly need to get up and shake it.

But that element turns out to be sorely missing from some of the larger stage performances, especially after the pandemic reduced live music to streams and digital events. Throughout the weekend, bands tried to encourage listeners to get up and move — with mixed results.

The punkish bluegrass/Americana outfit Hogslop String Band called out the Hillside stage crowd on Sunday. “This is the stalest bunch of sitting down goobers we’ve ever seen”, guitarist Gabriel Kelley said teasingly. The provocation got the audience moving, but many still preferred to stay seated. 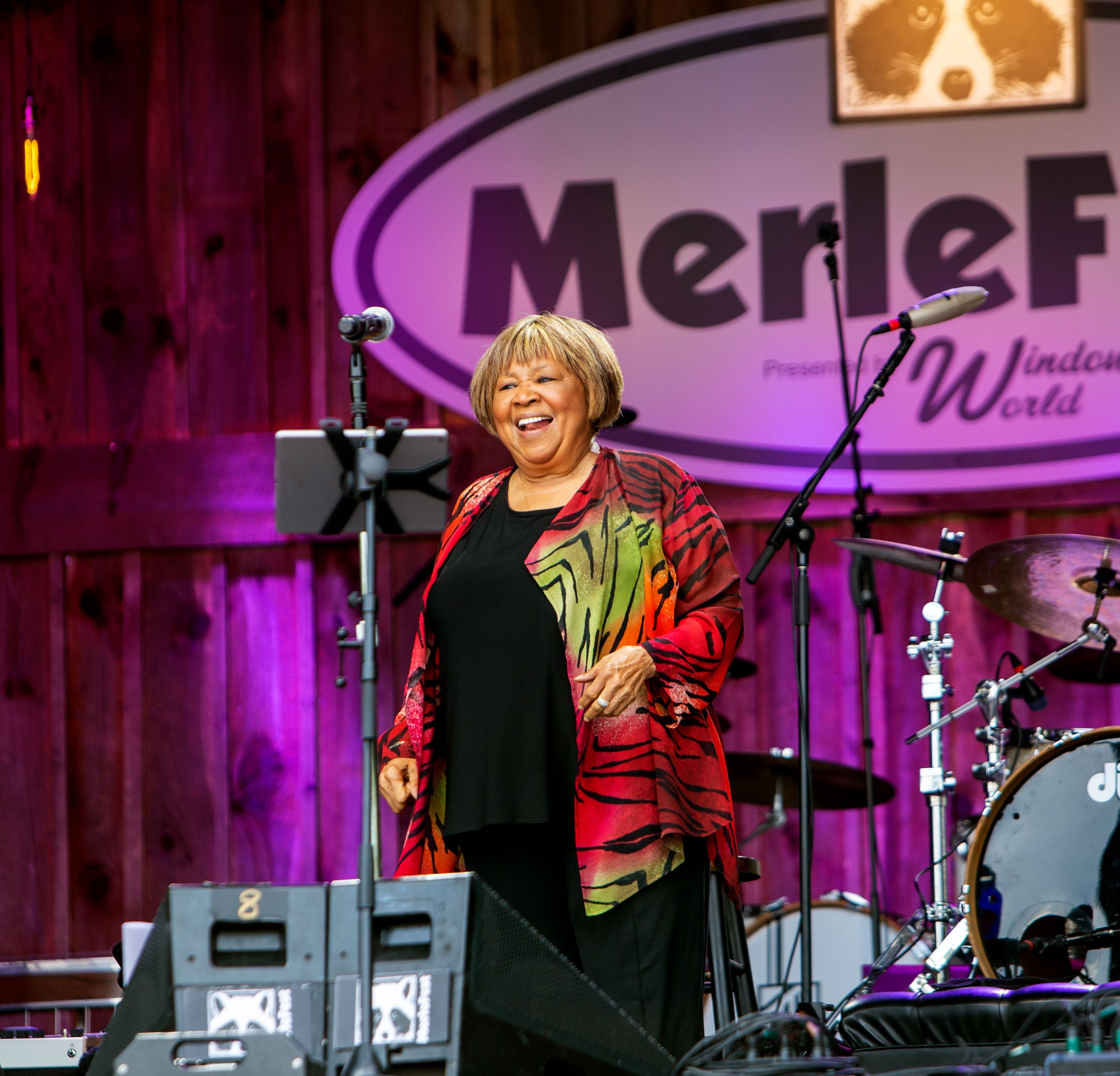 Mavis Staples had more luck. She turned what had mostly been a stupefied crowd into a spirited celebration when she told people they needed to “get loose” during her Sunday performance. A few in the crowd hopped to their feet, but soon a kind of worship took over, and the movement of people’s bodies replaced their respectful head nodding and foot tapping.

Staples topped off her joyous set by bringing out Melissa Etheridge to sing ‘Respect Yourself’ and ‘The Weight'; the crowd wasn't the only ones who enjoyed the surprise. “This is the best thing that has ever happened to me”, Etheridge said. With a lineup as truly eye-popping as MerleFest offered this year, it was hard to forget what 2020 originally entailed. John Prine was set to headline, before he passed away from COVID in April 2020. MerleFest’s veterans honored him throughout the weekend, but given his contribution to American music and the role he was set to have at the festival last year, it seemed like a missed opportunity not to dedicate a more visible evening slot on the Watson stage to his impact.

That oversight was one of only a few during a long stretch of live music that made up for the dearth since MerleFest 2019. At least fans won’t have to wait quite so long for the next festival; MerleFest has already announced its 2022 dates: Apr. 28-May 1. Don’t forget your chair.